Girlpool, Against Me!, Max Weinberg and more. 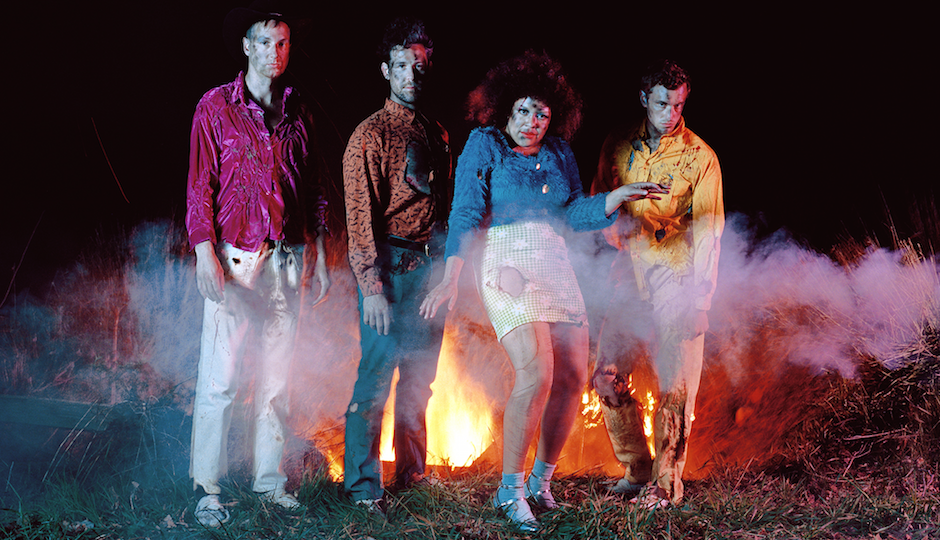 Andrew W.K. @ TLA | Wednesday, October 11
Enthusiastic party advocate Andrew W.K. says he will release his first album in nine years in March of next year. So get ready, I guess. More importantly, he owns a guitar shaped like a taco. And, like, is that him or a wax statue?…

Today, I’m unveiling my brand new custom TACO GUITAR, a creation 4 years in the making, showing itself for the first time today, on #NationalTacoDay. Massive party thanks to @ESPguitars for making my reality into a dream.

Girlpool @ Underground Arts | Thursday, October 12
With The Dove & The Wolf and Queen of Jeans on the undercard, this bill represents some of the best indie rock this city has to offer. Okay, Girlpool doesn’t live here anymore, but we can pretend. Because this song is [I don’t know how to insert a fire emoji].

Katy Perry @ Wells Fargo Center | Thursday, October 12
This song is dumb. The video is NSFW and deeply unpleasant. I didn’t make it through the whole thing. Know what, don’t watch it.

Against Me! @ Union Transfer | Thursday, October 12
This Florida rock/punk band’s most recent record, Shape Shift with Me, is more than a year old but they’ve stayed in the headlines, with frontwoman Laura Jane Grace winning awards, covering The Mountain Goats and (with all of Against Me!) Tom Petty and getting her memoir released in paperback.

Madeintyo @ TLA | Thursday, October 12
I don’t know much about Georgia-born/Japan-raised/L.A.-based rapper Madeintyo (pronounced “Made in Tokyo,” in defiance of how it’s spelled), but I know he has no tolerance for mosh pit escapees.

Musiq Soulchild/Vivian Green/Bilal @ Electric Factory | Friday, October 13
A stellar night of battle-tested Philly soul from three of the most enticing, luxurious voices in the game. We used to call it neo-soul, but that seems weird now.