14 Things to Do in Theater, Comedy, Movies, Art and More

Featuring Nick Thune, PUFF, Loomstrument and Bruce Lee back from the dead. 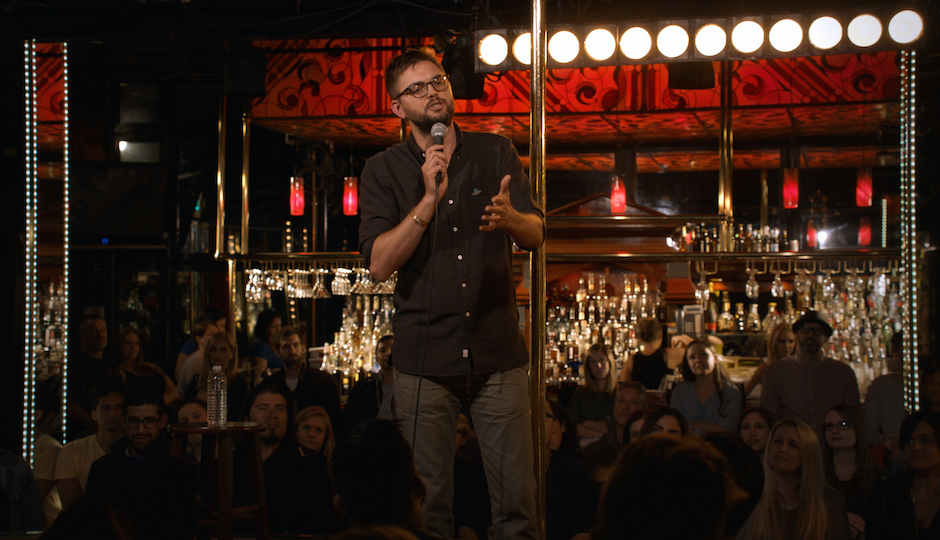 Philadelphia Unnamed Film Festival @ Proscenium Theater at the Drake | September 28-October 1
PUFF returns with four days of films you probably won’t see anywhere else, including Terrifier, 100 Acres Of Hell, Ruin Me and Assholes. Here’s a whole bunch of trailers:

The Loomstrument @ The Galleries at Moore | Thursday, September 28
Moore’s Body Works series continues with the concert debut of The Loomstrument, “a hybrid loom and music synthesizer that fuses textile and sonic design” created by artist Mary Smull and musician Chris Powell.

SHIPS @ Little Berlin | Thursday, September 28
The closing reception of “Now then,” a group art exhibition curated by Amalia Wiatr Lewis doubles as a screening of rarely shown “films about boats and ships”: The Column by Adrian Paci, Kwassa Kwassa by Tuan Andrew Nguyen and SUPERFLEX, and The Forgotten Space by Allan Sekula and Noël Burch.

Bryan Callen @ Helium | September 28-30
Standup by the MadTV alum/co-host of the podcast The Fighter and the Kid. You might also know him from his many appearances on the Joe Rogan Experience.

Nick Thune @ Punchline | September 28-30
Standup comedy by the hilarious comic/actor/musician you may know from Comedy Bang! Bang!, Don’t Trust the B… and Dave Made a Maze.

Double Dragon: Bruceploitation Double Feature @ Lightbox Film Center | Friday, September 29
Lightbox teams up with Exhumed Films for a doubleheader of movies made after Bruce Lee died that pay tribute to/imitate his style: The Dragon Lives Again (1977) and Bruce Lee Fights Back from the Grave (1976).

Eddie Izzard @ Merriam Theater | Tuesday, October 3
The comedian/actor brings his Believe Me Tour to Philly, mixing standup with personal stories and a bit of Q&A.