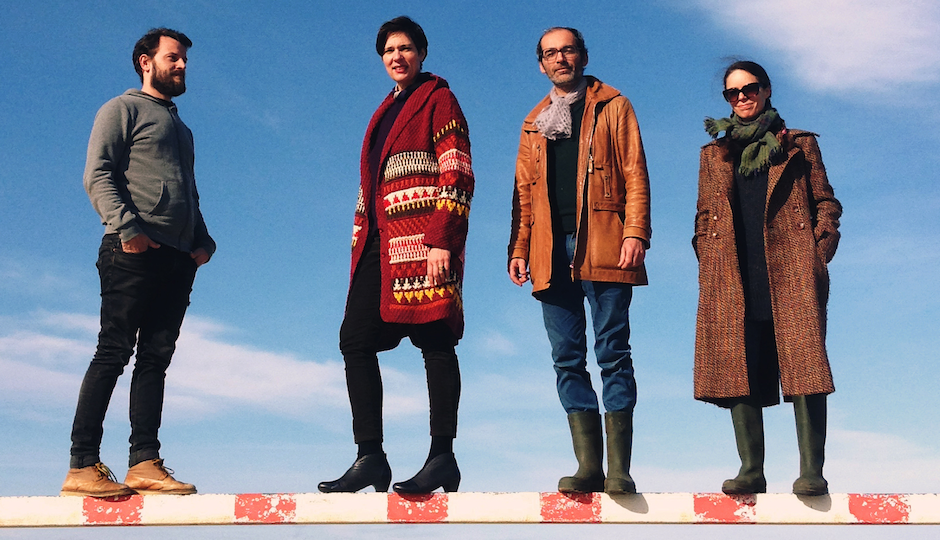 Ghostly Circus: Heaven’s Theatre @ Laurel Hill Cemetery
BYO blankets and lawn chairs and enjoy an evening of fire dancing, aerial performance, theatrical sideshows and more. Food truck and cocktails will be sold. Show up on time or you’re not getting in.

Michele Lordi @ Philadelphia Museum of Art
The Philly jazz singer performs loves songs past and present as part of the museum’s chill Friday Nights series wherein you drink, eat and wander the galleries.

Blackstar Film Fest @ several locations
This year’s edition of the Blackstar Film Festival — the annual celebration of filmmaking from the African diaspora and global indigenous communities — is packed with events that put storytelling front and center. The fest runs August 3-6, with most screenings taking place at the Lightbox Film Center (formerly known as International House). I wrote a preview of the festival — and posted lots of trailers — yesterday.

“Body” by Loveis Wise @ Philadelphia Printworks
Philadelphia illustrator Loveis Wise exhibits “work that focuses on a journey to self-love, representation, womynism and finding yourself in everything.”

Kwesi @ Boot & Saddle
The easygoing singer-songwriter was born in Alaska, grew up in Ohio and played music in Philly for awhile before moving to L.A.

Guys and Dolls @ Bucks County Playhouse
Theater critic David Fox had this to say: “Any opportunity to see Guys and Dolls—near the top of the top among American musicals—is a treat, and I especially looked forward to it at Bucks County Playhouse. It’s an ideally intimate venue, as well as one rich in history and atmosphere. The cast has many terrific performers (BCP does very well with casting in general). Most of all, the director is Hunter Foster, Artistic Associate here, who two summers ago led an exceptionally intriguing version of Stephen Sondheim’s Company.” Read the entire review here. Runs through Aug. 12.

Damien Lemon @ Punchline
The standup comedian has been seen in The Amazing Spider-Man and Guy Code on MTV.

Tommy & Me @ FringeArts
A revival of Ray Didinger’s play about helping to get NFL player Tommy McDonald into the Hall of Fame. Runs through Aug. 20.

Ace @ the Annenberg Center
A comedy about a NYC cab driver with a past, written and performed by Ted Greenberg (Emmy-winning writer for Late Night with David Letterman). Runs through Aug. 12.

Insane Inflatable 5K @ Citizens Bank Park
A fun and tiring run that has you making your way through an obstacle course of oversize inflatables. It looks pretty nuts, right?

Afrakan Independence Day/Ma’at Celebration 2017 @ Malcolm X Memorial Park
The theme of this year’s event — featuring food, live music, a parade and more — is “Pan-Afrakanism Or Perish.” “Celebrating and recognizing Ma’at which is an ancient Egyptian concept highlighting the importance of truth, justice, balance, order, righteousness and reciprocity in our communities and in our daily lives.” Performances by Oshun, Richard Raw, Tahir RBG, The Universal African Dance & Drum Ensemble, The Urban Shamans, The Ujima Dance Theater and more.

Pipe Richmond Glass Art Show @ Creep Records
Exhibition and sale of glass art from the Philly area. I guess they’re like little vases or something.

Laetitia Sadier Source Ensemble @ Johnny Brenda’s
The Stereolab alum released her most recent solo record Find Me Finding You back in March.

Native Harrow @ Ortlieb’s
Singer and songwriter Devin Tuel, who grew up in the area, makes “thinking woman’s folk music. Her most recent record, Ghost, came out in June.

Shondes/Callowhill @ The Rotunda
An afternoon of punk and rock for the family. Kids welcome.

The Goo Goo Dolls @ Festival Pier
The Buffalo band had a string of soft, catchy hits in the late ’90s including “Iris,” “Name” and “Naked.” They put out a record last year called Boxes.

Michelle Branch @ TLA
The singer known for her early 2000s songs “All You Wanted” and “Everywhere.” released her first album in 14 years in April. Hopeless Romantic was produced by Black Keys drummer, Patrick Carney (her fiancé).

AGFA presents Effects @ PhilaMOCA
American Genre Film Archive presents the newly restored 1980 horror film by Dusty Nelson. Quoth the IMDB: “Some crew members of a company shooting a horror film begin to suspect that the ‘killings’ in the movie are real, and that they are actually making a ‘snuff’ film.” PhilaMOCA calls it a “meta-enhanced takedown on the philosophy of horror that doubles as a sleazy and terrifying movie on its own.”