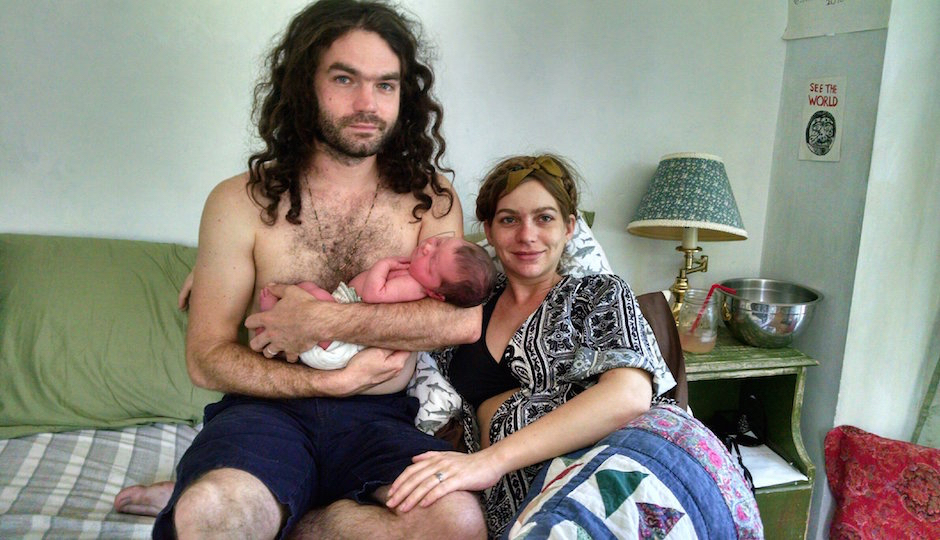 Thanks to Facebook, we all see our share of new baby photos. They’re always adorable or at least pretty cute. We “like” them, albeit obligatorily at times. But once in a while, we see one that actually gets us pretty excited.

Yuri Gohen is the 32-year-old guitarist and vocalist for Philly heavy metal band Meddlesome Meddlesome Meddlesome Bells. He recently shared this very rock-and-roll photo of him and his wife April, 27, and their latest addition, Juniper Sue, who came into the world on July 1st at 10:33 p.m.

The Gohens, who married earlier this year, opted for a home birth.

Yuri was born at home. His brother, who also plays in the band, was born at home. “It’s just always been in our mind to do it this way,” he explains. “Our home is just really such a more comfortable space than some hospital.”

After 14 hours of labor, Juniper Sue was born in a birth tub in the couple’s bedroom outside of Doylestown. The next morning, the family photo was snapped.

So we wondered who took the picture, which seems worth of an album cover. Some photographer friend of the band?