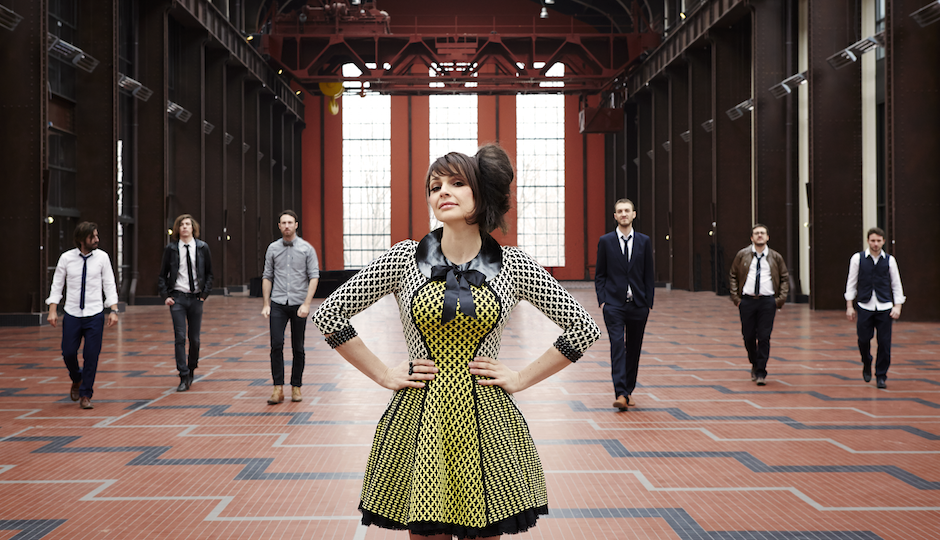 John Mellencamp @ The Mann | Thursday, July 6
In the mid-’80s, John Mellencamp had a slew of hits to rival any pop star in their prime: “Hurts So Good,” “Jack & Diane,” “Small Town,” “Pink Houses,” “Paper in Fire” and “Cherry Bomb.” True, it’s hard to remember which is which sometimes, but the Mellencamp sound — soul-grit vocals, downbeat choruses, acoustic grooves, heartland pride all over the place — is genuine and unmistakable. His new one is Sad Clowns & Hillbillies, and tourmate Carlene Carter figures heavily.

Mitski @ Union Transfer | Friday, July 7
Her most recent album, Puberty 2, is just about a year old, but if Mitski wants to come back for a victory lap then right on. It’s a great record. This song shreds, and shreds my heart:

Mad Decent Block Party @ Festival Pier | Friday, July 7
Once again Philly expat Diplo has gathered a hot lineup of electronic/dance artists for his annual cheap block party, which this year is only playing Philly and Denver. How cheap? Two tickets for $10. Not bad for a lineup that includes Flosstradamus, Matt Ox, Swizzymack, Nadastrom, XYZAL, Theravent, Flonase, Nasacort and Mucinex Sinus Max Daytime/Nighttime Liquid Gels. If you can name the precise moment I stopped listing performers and started listing sinus medications, then you really should go to this show.

Warped Tour @ BB&T Pavilion | Saturday, July 8
The for-real title is The Vans Warped Tour Presented By Journeys. I looked it up: Journeys is not a place where they turn old people into protein bars — it’s a store in the mall that sells Vans. The Warped lineup is, as always, an impressive if not exactly star-studded lineup of punk and punk-adjacent acts spanning several generations. If you go, wear insoles and don’t miss Baltimore band War on Women.

Caravan Palace @ TLA | Saturday, July 8
This French electronic/jazz/dance/swing septet belongs in some interstellar martini bar at the end of the universe, setting the scene for stylish intrigue and sweaty dance numbers. All those upbeat horns, the endless grooves, the voluptuous vocals — why all pop can’t be this classy and zany? Because it would be exhausting. Here’s a video about anthropomorphic cats going to a multi-species gentlemen’s club. Things get violent. NSFW because of the deer in the g-string.

Ed Sheeran & James Blunt @ Wells Fargo Center | July 11 & 12
The Monsters of British Singer-Songwriter Folk/Pop Tour storms into town for two shows. I just googled Ed Sheeran and didn’t have to click on anything before I got sad. Let this screenshot serve as a reminder that you don’t actually want to be famous: