Real People Review: U2 in Philly

Heck with the music critics. 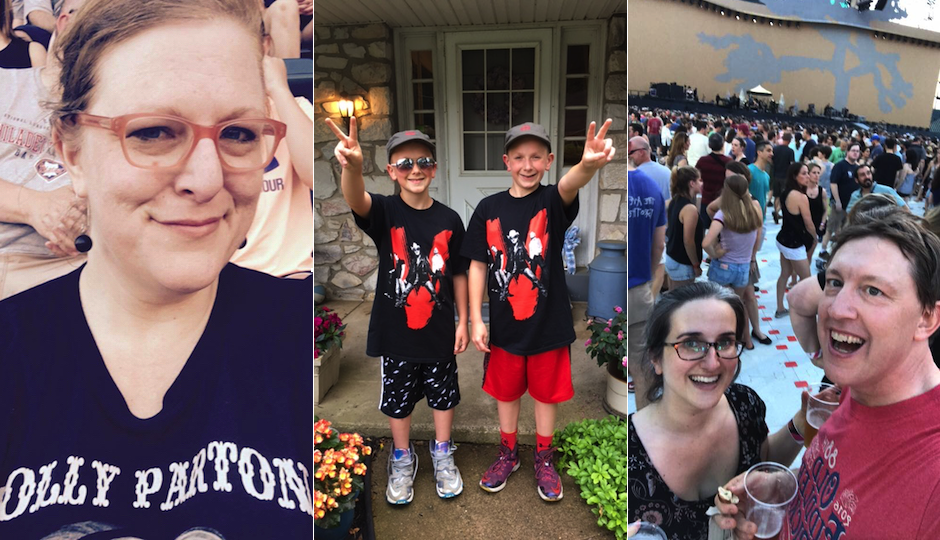 In the last edition of Real People Review, you told us what it was like to be at the Metallica show. This time around, we wanted to know what you thought about the massively sold out U2 performance at the Linc. 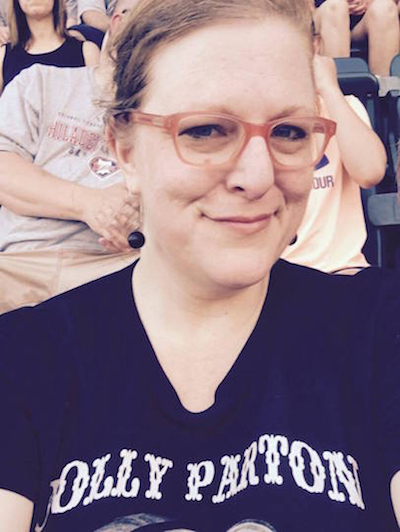 It was an excellent show! The Joshua Tree album was bookended by some of the band’s greats: “Sunday Bloody Sunday,” “New Years Day,” “Bad,” and “Pride (In the Name of Love)” to “Mysterious Ways,” “One,” and “Beautiful Day.” The “Mysterious Ways” backdrop video featured images of international women leaders and drew loud cheers from the crowd.

The band did not disappoint in their stage presence or vocals. They sounded just as good as they did 30 years ago at JFK Stadium. And the Lumineers from Denver opened and were well-received by the crowd. It was super hot, but the crowd was still energized. 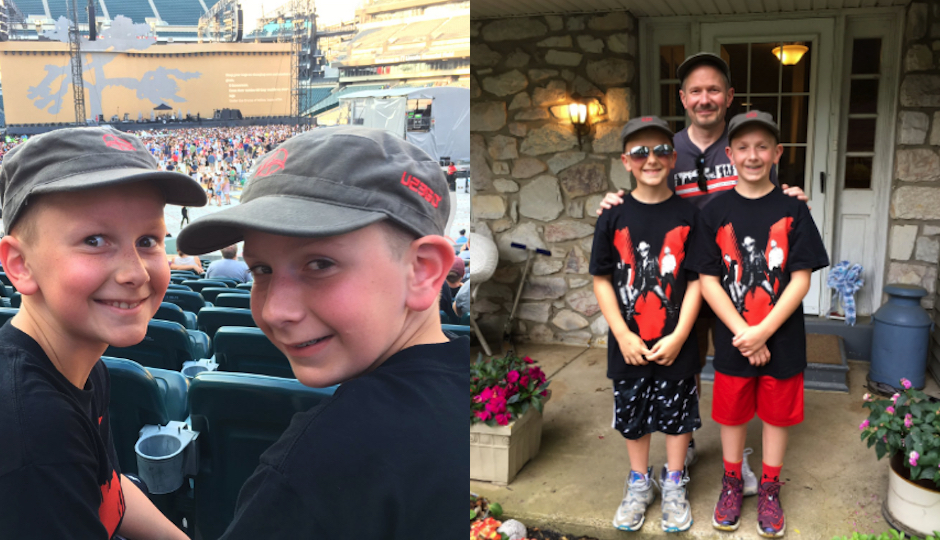 I took my wife, Rebecca, and my two kids to see the show at the Linc. Anthony is 12 and Dominic is 10. He’s the one in the sunglasses.

I brought them two summers ago to see them at Madison Square Garden. Our seats weren’t that great, so I vowed to get better seats this time around. All said and done, I paid about $135 for each ticket in Section 108. The other day, they were four times as much on StubHub. It sold out a while ago.

I’ve seen them 20 or 25 times, and the kids have been indoctrinated since birth. They were really excited. I’d let you talk to them, but they’re in camp!

They fell asleep at the Madison Square Garden show, but for this one, they were awake the whole time.

I used to be the guy on the floor for four or five shows per tour, but now I’ll just go to one or two. It was a wonderful show. 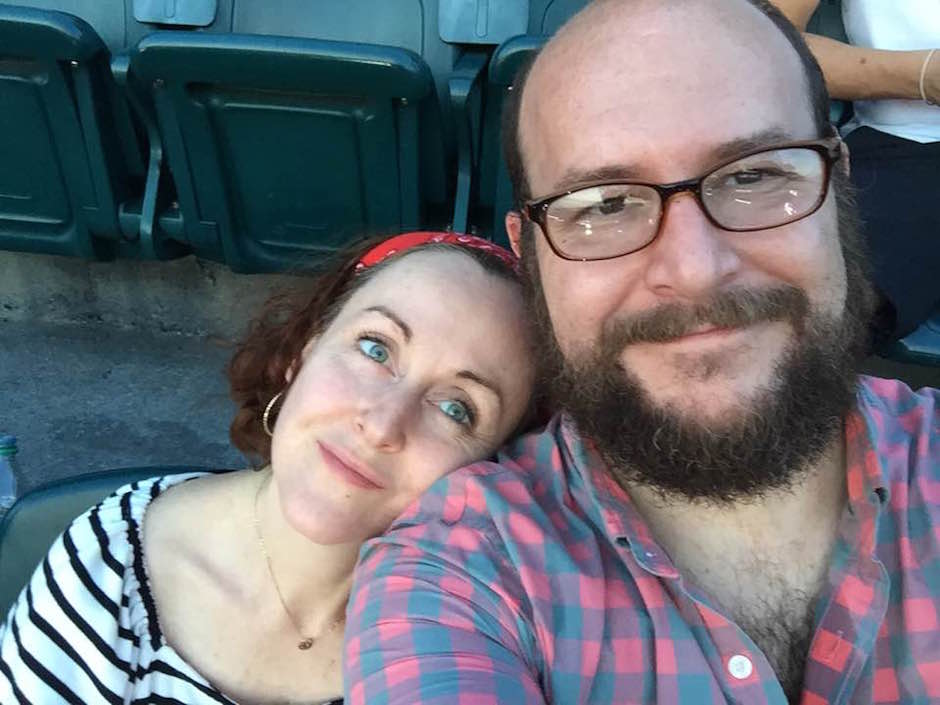 So many great moments. The smash-cut transition from “The Whole of the Moon” to “Sunday Bloody Sunday.” 50,000 fans singing along with “Where the Streets Have No Name.”

The iPhone flashlight stars during “Bad.” That was beautiful.

But the best part — hands down — was when the Trump supporter sitting next to us stormed out after Bono gave credit to Presidents Bush and Obama for helping stop the AIDS crisis.

He had been making comments all night starting with the Native American poetry that scrolled on screen while they set up for the band, and for the feminist turn of “Mysterious Ways.” His head almost exploded when Hillary Clinton appeared onscreen.

But what pushed him over the edge was Bono criticizing Trump’s budget for cutting AIDS relief funding. “I don’t know what party he is… his own party, I guess,” said Bono. “He’s the best party!” yelled the dude and cursed his way out past his wife and friends. What the heck was he expecting at a U2 show? 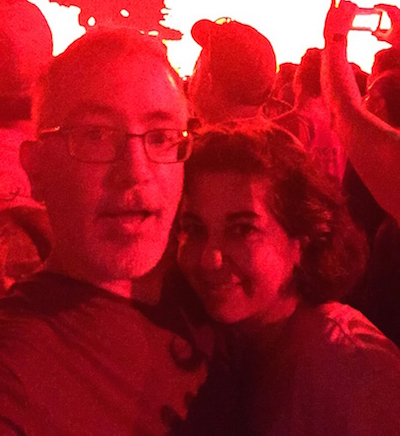 Full disclosure: I love U2. I have since the album Boy. I have seen them a few times and, in fact, saw the Joshua Tree Tour in 1987 at JFK Stadium, the show where Springsteen joined Bono on stage.

So, of course, the first step is navigating the parking maze and deciding where to park so it is easier to get home before sunrise. I think we paid as much for parking as I did for my ticket to the ’87 show.

Our tickets were general admission, which I was a little nervous about being five-foot-two-inches. I’m usually looking at the back of someone’s head.

We’re waiting in line, listening to the voice on the loudspeaker telling us how wonderfully ecological they are, wind turbines and all. We make it through security only to hear the horrible news that our ticket was rejected. Apparently general admission was a different entrance. So we go through the process all over again.

Once we got in, I realized I had a pretty good view. Folks on the floor were extremely polite, and there were quite a few families with kids there. I thought that was pretty great.

But once the show started, all of the phone cameras go up, completely blocking any view I had. But the show was still amazing.

Bono’s energy and voice were incredible. When they came out for an encore, there were scenes from Syria and a young woman whose dream was to come to America. As the band did a song about peace and love, two knuckleheads started a fight right next to me.

The encore created so much energy on the floor of the Linc, you could see the steam rising in the spotlights. I could barely walk after being on my feet the whole time. My back ached. But then I realize that Bono, the Edge, Larry and Adam just played for two hours in long pants, and Bono wore a long sleeved jacket. It was worth the heat, sweats, and tiptoe pain. 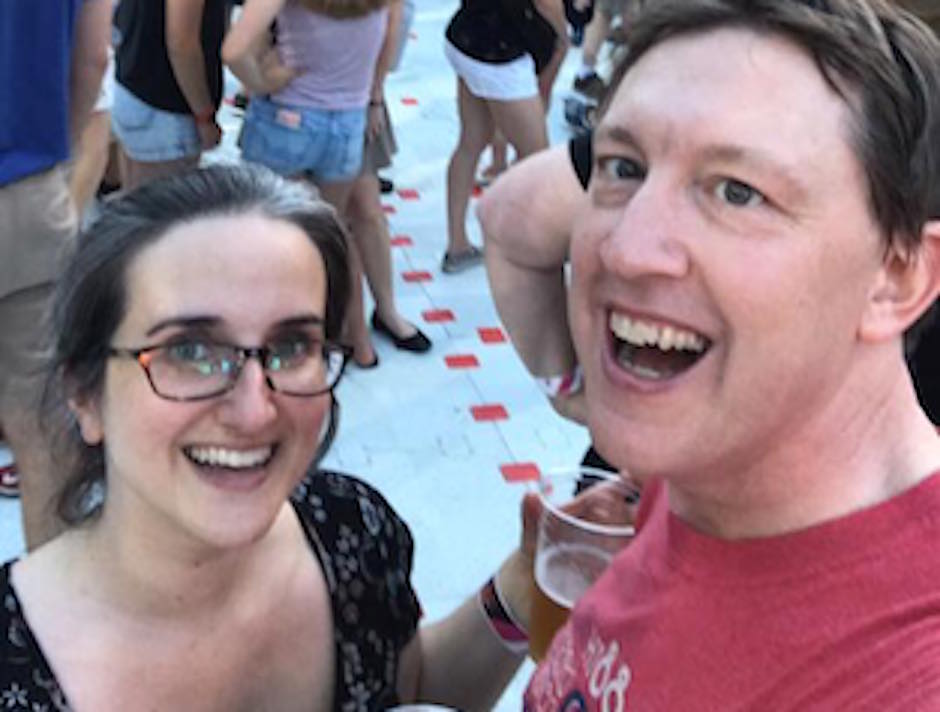 A beyond solid night. An outstanding performance. One weird moment: While waiting in line for a beverage while listening to “New Years Day,” a random fan noted, “I hate this song.” Yeah, I guess I do, too.