THEATER REVIEW: Gypsy at the Arden—Here She Is, Boys!

Terrence Nolen’s production packs some surprises, and has a treasurable Rose in Mary Martello. 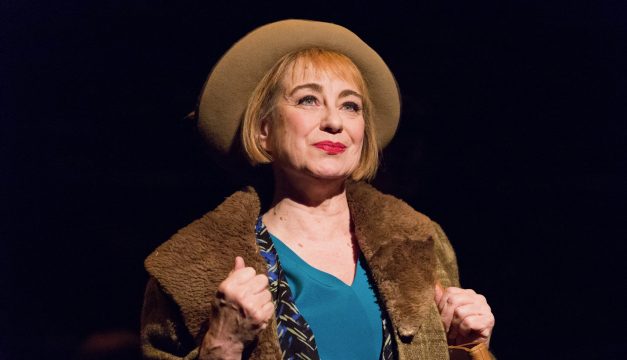 Mary Martello in Gypsy at the Arden Theatre. (Photo by Mark Garvin)

Now that’s what I call a hit! Arden Theatre’s Gypsy was extended even before it opened, acknowledging that the combination of one of the greatest musicals ever written—and one of Philly’s most gifted and beloved actresses—would be sure-fire. Still, there are no guarantees in life, and even fewer in the theater. Would this Gypsy equal the high level of expectation? I’m happy to say it does, and occasionally even exceeds it.

A lot of this comes, of course, from the show itself. I can’t think of a better way to end a season than with Gypsy. Jule Styne, Stephen Sondheim and Arthur Laurents’ eternally fresh, dazzling, and prescient musical celebrates the theater even as it mourns its temporality.

Could the creators have known almost 60 years ago, when the musical form seemed to be running out of steam, that Gypsy would invigorate it, and still be a benchmark today? How could they not? It had everything going for it—a gripping plot about show business (the ultimate stage mother, fighting for her daughters to make a mark in the dying world of vaudeville); lump-in-your-throat family dynamics; and a powerhouse performance by Ethel Merman, who, as Mama Rose, would redefine her own career. 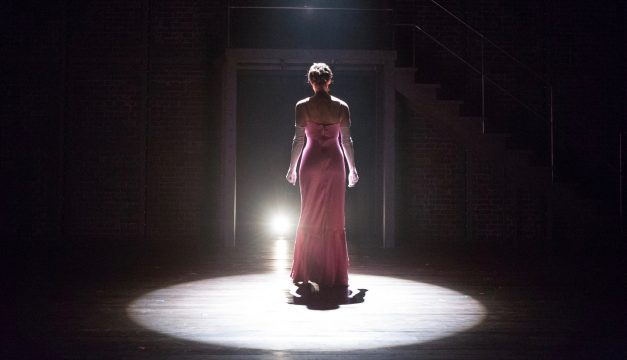 Caroline Dooner in Gypsy at the Arden Theatre. (Photo by Mark Garvin)

Gypsy is so iconic, in fact, that you could look at photographs from almost any production and instantly identify the show, even the moment. While director Terrence Nolen respects those traditions, his staged version of the famous overture announces that there will be rethinking. Nolen’s Gypsy places an almost Brechtian frame—literally, in James Krozner’s fine set—around the show. Much of what we see is filtered through Rose (Rose-colored glasses?), and played out as if within a vaudeville revue.

I’m still figuring out how I feel about it. The additional level of distance softens some of Gypsy’s harsh contours. On the other hand, it’s also suitable for Martello’s uncommonly sympathetic Rose. This marvelous actress is always notable for her warmth; and her singing voice, a legit mezzo-soprano, is, frankly, prettier than we’re used to in the role. But Martello also has the necessary power—vocal and emotional. It’s a wonderful performance, with a very personal stamp. 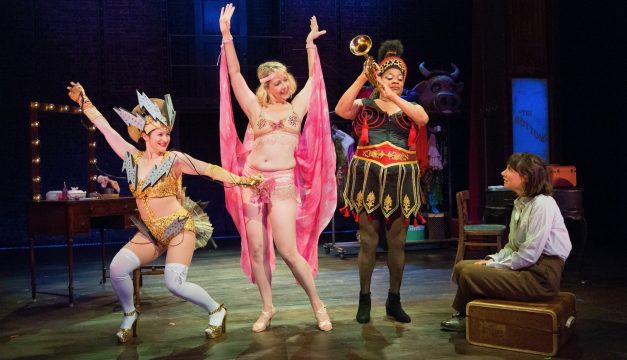 Martello is also surrounded by a terrific cast. In the title role—the pivotal one, really—the excellent Caroline Dooner is the funniest Louise I’ve ever seen, and also the most blistering, which is to say she traverses the full range of this complex character. (Dooner also looks like the real Gypsy Rose Lee.) Anthony Heald—luxury casting as Herbie, Rose’s put-upon boyfriend—finds humanity and sweetness in every heart-breaking moment. Malik Akil, an adorable Tulsa, stops the show with, “All I Need is the Girl.” Monica Horan is superbly dry and droll as Tessie Tura, and as Mazeppa, the great Joilet Harris—a singer/actress who seems to be her own spotlight—makes every second on stage An Event.

There have been great productions of Gypsy—and great Roses—before, and there will be more. What’s especially distinctive here is work of this caliber, in a space intimate enough that we feel truly connected to the action. It’s sure to be a sellout, so book now. At the Arden, everything really is coming up roses.