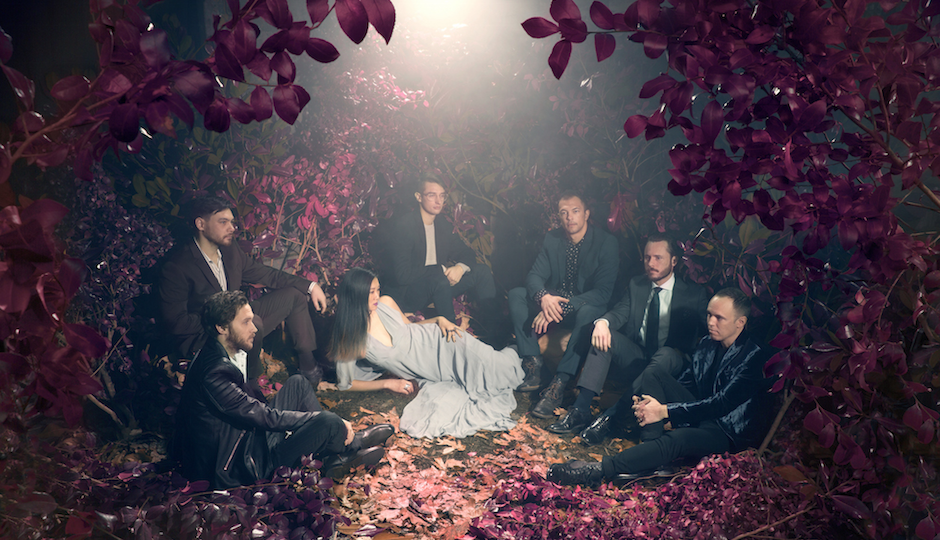 T.I. @ TLA | Wednesday, May 10
T.I. is closer to the end than the beginning. The 36-year-old rapper whose hits include “What You Know” and “Bring ’em Out” told the A.P. recently that he’s only got “two or three” albums left in the tank. After that, he’ll probably focus on acting and filmmaking. See his socially conscious epic music video/short film Us Or Else:

Adult. @ Johnny Brenda’s | Wednesday, May 10
Detroit electro-punk duo Adult. is coming up on 20 years of making you say “ugh” when you see that dumb period in their name. The dot is beside the point, though, if you like the way Nicola Kuperus and Adam Lee Miller make music. It’s dark, dancey and futuristic, but also something of a throwback to the days when synthpop like Roxette and The Talking Heads ruled the radio.

San Fermin @ World Café Live | Friday, May 12
San Fermin knows drama. Well-dressed on a stage lit only by soft, bare bulbs, the oversize Brooklyn chamber pop group belts out resounding and moody melodies that emphasize the complexity of their arrangements and the versatility of their vision. Which is not to say they don’t rock. Fans of the New Pornographers should give San Fermin a shot.

Desiigner @ Trocadero | Friday, May 12
The young Bed-Stuy rapper first turned heads with “Panda” at age 18, leading to international success, a deal with Kanye’s GOOD Music label (there’s a piece of “Panda” for The Life of Pablo), Grammy/BET/MTV award noms and, more recently, a guest spot on Bill Nye Saves the World. His debut record The Life of Desiigner is due out this summer. Yes, that’s really what it’s called.

Metallica @ Lincoln Financial Field | Friday, May 12
Poor Lars Ulrich, Cassandra of the Music Industry. He foresaw the carnage that torrenting and file-sharing would do to the biz but nobody wanted to listen. Because he was so annoying about it. And because people really like to steal things. Anyway, his band is playing a football stadium in 2017 so maybe the end of the world isn’t the end of the world.

Mix Master Mike @ Underground Arts | Saturday, May 13
Rock ’n’ Roll Hall of Famer Mix Master Mike is on tour with the aforementioned Metallica right now (he is, after all, the Avenge Sevenfold of the turntables), but since the metal lords have off on Saturday, the Beastie Boys’ DJ booked this relatively cozy solo spinning gig. Odd James Hetfield will be at this show: 1 in 10,000.

Mirah/Tara Jane O’Neil @ Boot & Saddle | Sunday, May 14
The Monsters of Thoughtful Indie Pop/Folk Tour! Mirah and Tara Jane O’Neil don’t sound much alike but their music often gets described with the same adjectives — intimate, idiosyncratic, endlessly gorgeous — and they’re both singers and songwriters of the highest order, so this pairing makes good sense. Normally, I’d post something by Mirah, beloved Philly expat, but let’s switch things up.

Jesus and Mary Chain @ Union Transfer | Monday, May 15
The proto-alt-rock Scots are nine years into their reunion so it’s about time they released a new record. Damage and Joy, dropped last month, is their first since ’98 and it’s appropriately fuzzy and shoegazey. P.S. Philly rock veterans The Cobbs are opening and you should not miss them.

Wavves @ Fillmore Philly | Tuesday, May 16
The California indie rockers have a new album — You’re Welcome, due May 19 —and, judging by this video, a new look. That lady’s pretty rude, listening to her headphones right in front of the band, right?

Meat Puppets/Mike Watt @ Underground Arts | Tuesday, May 16
A lot of the rock bands you listen to grew up listening to these guys.