10 Things to Do This Week in Comedy, Kites, Tats and more. 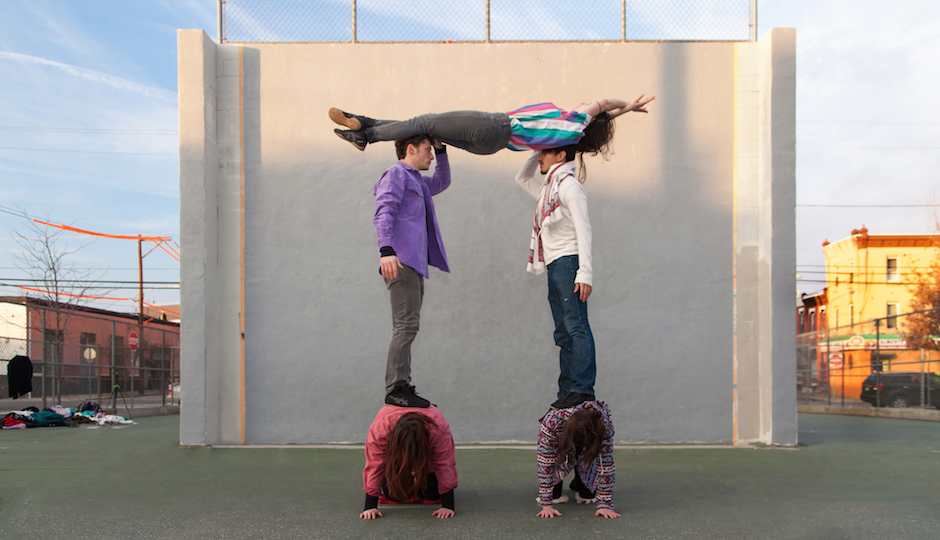 Fronteras @ FringeArts | May 3 & 5
Two shows featuring acrobatics and storytelling by Almanac Dance Circus Theatre collaborating with Mexican choreographer/theater artist Emmanuel Becerra. Wednesday is Fronteras: An Homage to Whatshername. Friday is Fronteras: A Door in the Desert.

Koresh Dance Company @ Suzanne Roberts Theatre | May 4-7
Roni Koresh revives his “Sense of Human” show with live music accompaniment Thursday, Friday and Saturday, each with a happy hour attached. Cap it off on Sunday with Koresh Kouture: a High Fashion Performance & Gala which includes a cocktail hour and reception. Drinking and dancing just make sense together.

South Street Spring Festival | Saturday, May 6
Food, activities and music down South Street and into Headhouse Square. Performances by iLLECTIVE, Aviance, The Jawn, The Quixote Project Adam Travis and lots more. The main event may well be the Philly Taco Challenge, in which contestants vie to be the first to finish a slice of Lorenzo’s pizza wrapped around a Jim’s cheesesteak.

Taxidermy Takeover @ Wagner Free Institute | Saturday, May 6
Taxidermy/diaphonization experts Divya Anantharaman, Katie Innamorato (see the video below) and Mark Breen-Klein will discuss their morbid arts, part of Atlas Obscura’s Obscura Day “celebration of exploration and discovery.” If we’re ranking Philly museums in terms of creepy coolness, the Mutter’s at the top but I’m telling you the Wagner — with its many skeletons and stuffed animals of the non-plush variety — is a strong second.

Let There Be Lips @ TLA | Saturday, May 6
This Rocky Horror Picture Show celebration/costume party starts with a 9 p.m. “flash dance” (guess we don’t say “flash mob” in Philly anymore) performance of the Time Warp in the middle of South Street. Then go inside for a dance party hosted by DJ Robert Drake and a screening of the movie.

Philadelphia Kite Festival @ Penn Treaty Park | Saturday, May 6
A free event featuring kites, community and food trucks. Includes a performance by The South Jersey Kite Flyers who have somehow won awards for their prowess in the kiting arts.

Financial Guru Gregg Gethard @Good Good Comedy Theatre | Saturday, May 6
Looks like my old pal The Greggulator’s got a hit on his hands playing the slick author of Cash Dad Trash Dad. Last week’s performance sold out, so Good Good added an encore show. (P.S. Stick around for UCB’s “live-coding comedy show” Let’s Make A Website which sounds awesome, too.)