The Hit List: These Are the 10 Best Shows in Philly in May

From Metallica to the Italian Market Festival to HoagieNation, these are the hot tickets. 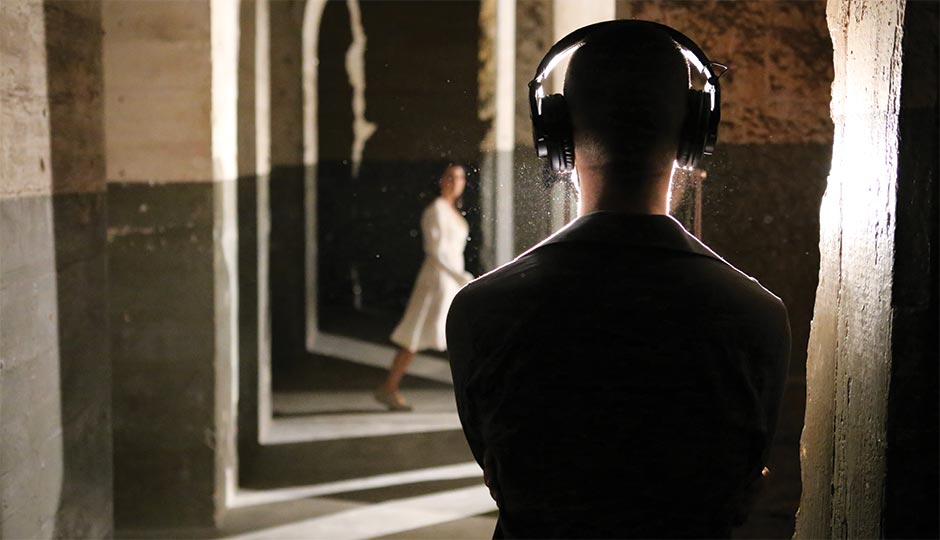 Audience meets performer in The Garden of Forking Paths. Photo by Matt Saunders.

1. Metallica
Still making a hell of a lot of noise and selling out stadiums all over the world.
May 12th at The Linc

2. Peaceable Kingdom
Actress and playwright Mary Tuomanen has been a bit busy. Two shows that she wrote opened in January, and she performed in one. In March and April, she dazzled at the Arden as Puck in A Midsummer Night’s Dream. And this month, her new dark comedy about the Quaker settlement of Pennsylvania gets an audience in Old City. “It’s going to be amazing,” she promises.
May 10th-28th at Christ Church Neighborhood House

3. Mahler’s 3rd Symphony
If you made a list of the grandest classical compositions, this brawny beast, with its two separate choirs, a mezzo-soprano, and a run-time that makes it one of the longest symphonies in existence, would have to go right at the top. May 18th-21st at the Kimmel Center

4. Five Dollar Comedy Week
Haven’t been to this fledgling comedy theater and workshop in Chinatown? This week of $5 shows and classes provides the perfect opportunity. This isn’t just your normal stand-up; these are fresh, fun, new shows. Take, for instance, “Lyfted,” in which Uber and Lyft drivers tell the funniest things that have happened in their backseats.
May 21st-27th at Good Good Comedy Theatre

5. Italian Market Festival
A halfball tournament, a procession of saints, greased-pole climbing and the Geator, all in one place.
May 20th-21st on 9th Street

6. PAFA Student Exhibition & Sale
The prestigious annual show from the artistic scholars on Broad Street. If you want dibs, you can compete with the art collectors at the preview party on May 11th. VIP entry to that will set you back $500. A bargain sale this is not.
May 12th-June 4th at Pennsylvania Academy of the Fine Arts

8. The Garden of Forking Paths
The line between audience member and performer is blurred in this immersive performed installation from choreographer Nichole Canuso, whose Pandaemonium was all the rage at last year’s FringeArts festival. Six audience members walk around the expansive Art Deco school building while wearing noise-canceling headphones that play a soundtrack. We don’t want to give away any more than that.
May 8th-June 17th at the Bok Building

10. The Arsonists
The third and final installment of the Southern Gothic trilogy from incisive Philadelphia playwright Jacqueline Goldfinger, the first two being the terrible girls and Skin & Bone. Developed at the Kennedy Center, The Arsonists is a musical play inspired by the Greek myth of Electra and set in the Florida swamps. Bonus: A host of Philly musicians have recorded an album featuring music both from and inspired by the show.
May 3rd-21st at the Drake

Published as “The Hit List” in the May 2017 issue of Philadelphia magazine.