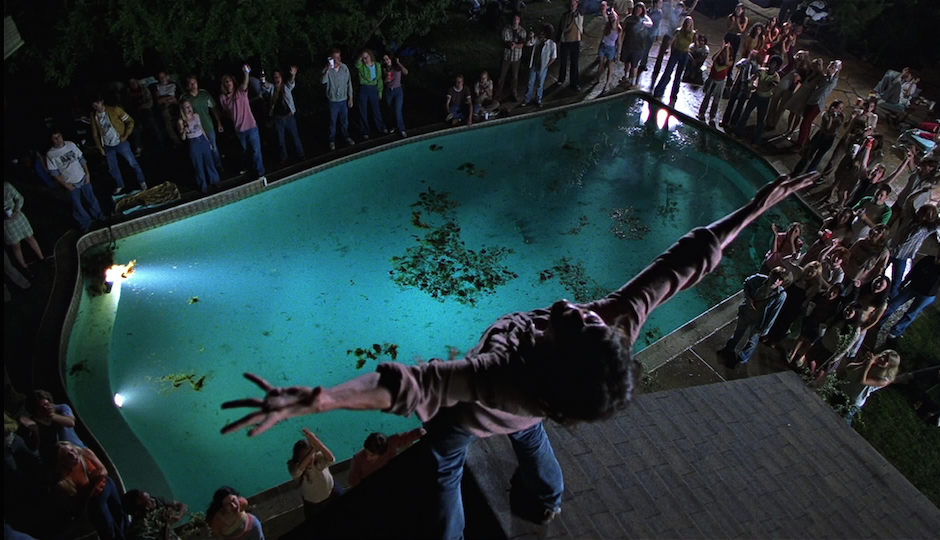 Billy Crudup is a golden god in Almost Famous.

This weekend, WXPN is putting music on the big screen at the Prince Theater on Broad Street. Let’s take it day by day:

Stop Making Sense | 8 p.m.
Jonathan Demme’s 1984 concert film captured The Talking Heads at or near the height of their power. David Byrne and co. deliver then-hot hits “Psycho Killer,” “Take Me to the River,” “Burning Down the House” and more. Warning: This is not a documentary. (Followed by Land of the Lost Dance Party with DJ Robert Drake playing ’80s favorites.)

The Last Waltz | 5 p.m.
Martin Scorsese documented the 1976 star-studded “final” performance by the revered rock band to widespread critical acclaim. Guests include Joni Mitchell, Bob Dylan, Neil Young, Emmylou Harris, Muddy Waters, The Staple Singers and a bunch more. Before you go, read up on the behind the scenes stuff — it adds some layers.

50 Years of Sgt. Pepper’s | 8 p.m.
An “all-night tribute” to The Beatles’ 1967 record Sgt. Pepper’s Lonely Hearts Club Band includes a performance by tribute band Britishmania and a screening of the 1978 Sgt. Pepper movie.

Singles | 6 p.m.
The fest concludes on a Cameron Crowe two-fer, starting with the 1992 movie that tried to sum up the Gen-X/grunge generation. Really it’s just an ensemble rom-com with flannel and a halfway decent soundtrack.