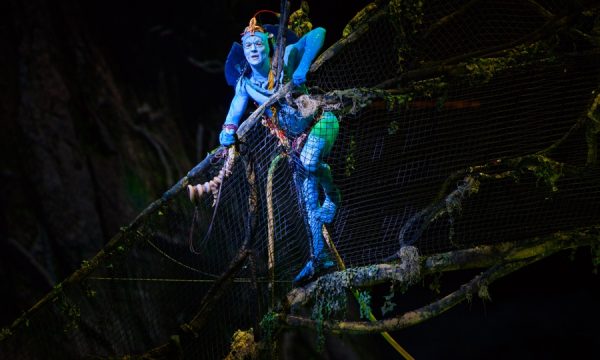 Most Cirque du Soleil shows feel as though they take place in another universe: one without such rigid laws of physics. For Toruk – The First Flight, the creators took that concept even further, setting the show in what really is supposed to be an entirely different world. But it’s a world audience members will likely recognize.

Toruk is set in Pandora, created by James Cameron for his film Avatar. Rather than mimic the movie, the action in Toruk unfolds thousands of years before the events in the film, at a time when the Na’vi people are dealing with a mythic-like flying beast. Unlike other Cirque du Soliel shows, Toruk has a clear storyline, with the performers not only tackling acrobatic feats, but also acting and even speaking the Na’vi language. It’s the first time the company has designed a show to use an entire arena floor, with a set stretching out over 14,000 square feet.

Ahead of Toruk’s run at the Wells Fargo Center next week, Fabrice Lemire, the production’s artistic director, answered a few questions about the Avatar inspiration and putting the whole show together in less than four months.

How does Toruk differ from other Cirque du Soleil productions?
Toruk has been created around a narrative. While in the past we may have had some driving thread to create a show, that thread wasn’t necessarily visible and understandable to the audience. For the first time, we created a show where we have a narrator, who speaks in English, and is the bridge between the action and emotions of the performers and us as audience members. It was created more like a play, or a movie. It differs on another level as well: In the past we hired performers who were specialists in one set of skills. Here, we’re asking the acrobats to be not only performing stunts physically, but to also act — in Na-vi, the language invented for the film. 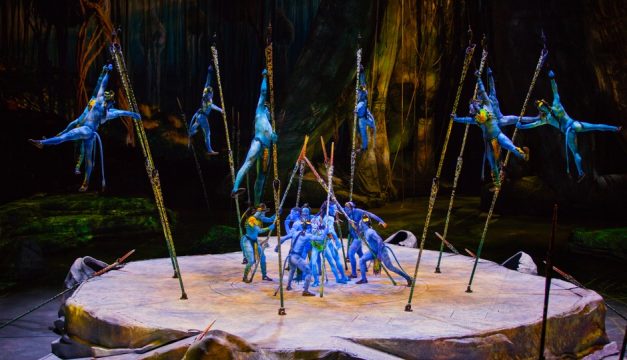 Was James Cameron involved in creating Toruk?
He was there, along with other key players from the team. They gave us the proper parameters and really put us into context within the universe James Cameron created for Avatar, as well as the prequels and sequels he’s going to be doing. It was very important for us to respect the vision while he was guiding us through this, and making sure we weren’t drifting away from the parameters of the universe. He didn’t tell us what to do and what to create, but he guided us. He was there from the very beginning.

Do you have to have seen Avatar to enjoy Toruk?
Of course it’s a plus because there are many references [to Avatar]. But the film is about one tribe, and the humans on the other side. We don’t have any humans in the production; we’re focusing on five different tribes which all coexist in the same region of the moon Pandora. If you have seen the film, you’ll recognize very specific references, but it’s not Avatar. 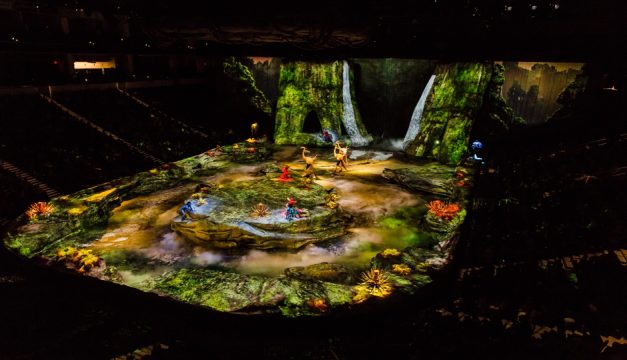 What were some of the challenges in putting together this show?
The time frame that we had to deliver, it was 15 weeks. In 15 weeks, you really have to be on top of things to create such a big show. And the show that you’ll see in Philadelphia is not the show that we presented at the premiere in Montreal, because we’ve continued for the past year to evolve it and make it better. The challenge was also in tackling something new — being on the entire floor of the arena, looking at different performer profiles, bringing in puppeteers. Another challenge, though it was more of an opportunity, was to work with James Cameron and his team, to make sure everyone was on board. There were more cooks in the kitchen. But it was a great opportunity to collaborate, and to challenge ourselves as a company to think differently while we create.

Can you say something about the show in Na’vi?
I wish I could give you an entire sentence! I can say a few things. There’s a physical gesture when the Na’vi greet each other and they say “oel ngati kameie,” which means “I see you.” It’s a sense of respect and understanding: “I welcome you.” And it’s very much in line with the message of the show and the message, which is very dear to James Cameron, in the film, which is this ability to come together despite differences. The show is about accepting differences, and embracing differences, to move forward as a community and as a race, as humanity. It’s a message that resonates with me lately, with what the world is going through.

Toruk is at the Wells Fargo Center from March 8th to 12th. Tickets are here.