THEATER REVIEW: More is More in The Bodyguard

Every entertaining minute is awash in excess in a show that practically defines “guilty pleasure.” 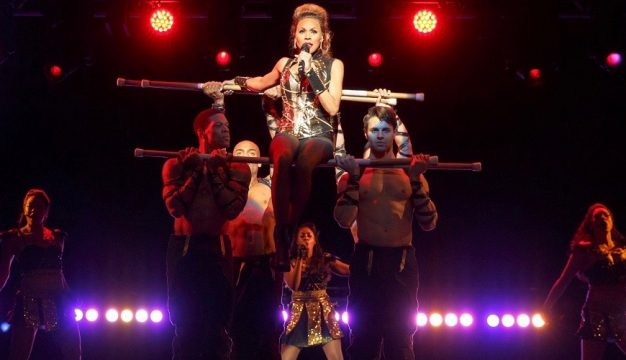 Deborah Cox and Company in The Bodyguard at the Academy of Music.

Posted at the Academy of Music: Guest Alert! Strobe lighting, loud gun effects and lasers will be used during the performance. But hey, wait—they forgot the holograms, bad ‘90s hair, and big gay stereotypes!

And that’s just the beginning.

If you can resist the sheer raucous energy of The Bodyguard’s opening number—and all that follows—well, you’re a better person than I am.  Kitsch the show certainly is, but this breathless runaway-train of a musical is a hell of lot of fun. It’s certainly more enjoyable than the movie it’s adapted from, though that now has minor league camp status, as well as Whitney Houston’s monumental traversal of the score. (The songs remain here, of course.)

Among the many enjoyable features here—the silly but gripping plot (part romance, part thriller, part backstage saga); director Thea Sharrock’s constantly moving scenery and video (Sharrock seems determined to prove that live theater can be every bit as busy as film); and a lively supporting cast, including the most bodacious male ensemble I’ve seen in years. (In the supporting role of the Stalker, we saw Jorge Paniagua, whose torso is certainly built for stardom.)

Also, the terrific leads. As Rachel, the star who needs protection, we have gorgeous Deborah Cox—not what you’d call a great actress, but she sure can strut diagonally across a stage like she owns it. More to the point, Cox sings the score fabulously, honoring Whitney Houston but finding something of her own in the mix, too. Judson Mills (as the titular Body Guard) has a crooked smile, a jaw made for cracking nuts, and sex appeal to spare. Cox and Mills make beautiful music together. (Well, she makes the music. He listens with studly noir-ish charm.) 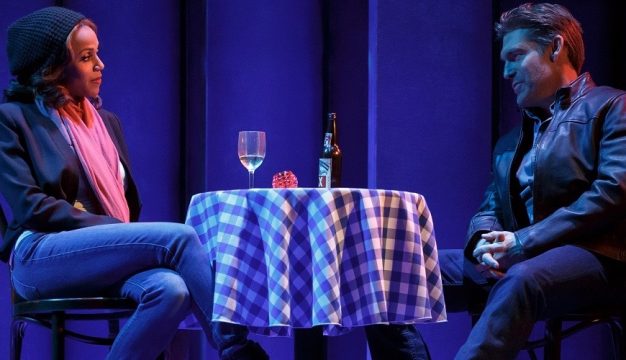 Deborah Cox and Judson Mills in The Bodyguard at the Academy of Music.

Most of all, there’s the sheer entertainment value of a show whose every minute is awash in excess. The Bodyguard practically defines “guilty pleasure.” Maybe I won’t respect myself in the morning, but I sure had a good time while it lasted.

Yes, there are musicals you should probably see first. But does Hamilton give you acid washed jeggings? Do the chorus boys in Dear Evan Hansen look like this?

What are you waiting for? Buy a ticket, already.

The Bodyguard plays through February 26 at the Academy of Music. For more information, visit the Kimmel Center website.