A huge crowd of Rocky fans turned up to the Philadelphia Museum of Art’s “Rocky Steps” this morning to greet Sylvester Stallone and the cast of Creed, who, as it was announced earlier this week, appeared there to share news about the seventh installation of the Rocky franchise. Stallone was joined by co-stars Michael B. Jordan (Fruitvale Station) and Tessa Thompson (Selma, Dear White People), writer/director Ryan Coogler (Fruitvale Station), and longtime Rocky producer Irwin Winkler. Mayor Michael Nutter and Philadelphia Film Office Executive Director Sharon Pinkenson were also there. Stallone, Thompson and Jordan talk to a reporter on the “Rocky Steps” while bodyguards wait in the wings. | Photo by HughE Dillon

Local paparazzo HughE Dillon was there to get photos. He tells me that, during his remarks, Stallone talked about the significance of returning to the Art Museum steps before the film’s opening, saying they represent the challenges people face in their lives. “It’s not insurmountable to overcome them if you have an open mind, work hard and work with others to reach your goal,” he said.

He also shared that he foresees at least a couple more Creed sequels. “I am now the age Burgess Meredith was when he fought his first fight in Rocky,” he said before hinting that he’ll be mentoring Michael B. Jordan’s Adonis Johnson, son of Apollo Creed, in more movies. This debunks several early reports that Rocky dies in this latest iteration. (Stallone’s spoiler alert, not mine!) The event also saw Mayor Nutter doling out Liberty Bells to the cast and crew before he declared that today and the film’s opening day, November 25th, will be Creed Day in Philly. Tessa Thompson remarked that Philly was her favorite co-star in the film, and that she wishes she could “eat a cheesesteak every day.”

Check out a few more of HughE’s photos in the slideshow below: 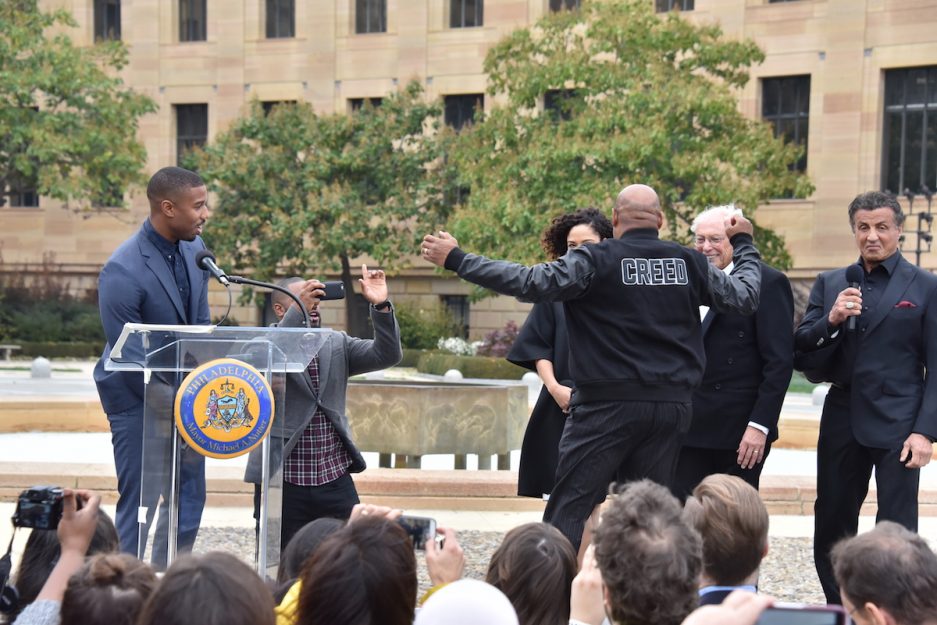 Michael B. Jordan, who plays Creed, at the podium

Fans new and old wait eagerly in the crowd. 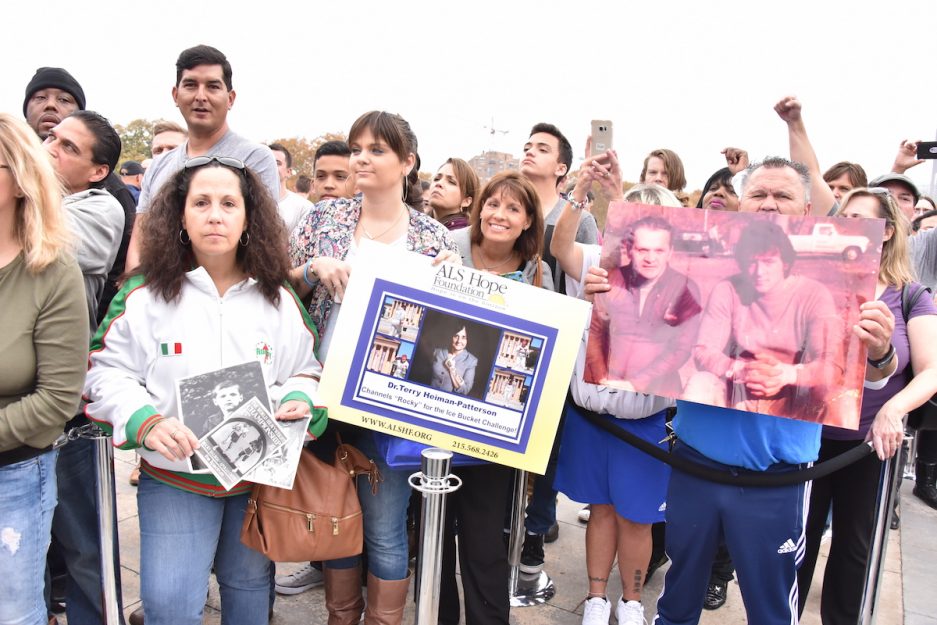