You can get a first glimpse of the park — and the Summerfest roller rink — early at a May 21st preview event. You can get a first glimpse of the park at the Endless Summer fundraiser party, held next Thursday, May 20th from 7pm to 10pm. Tickets are $20 and include a drink. DJ Foxx Boogie spins at the rink, while Ernest Stuart plays jazz at SSHP.

With the preview opening just a week away, work is being done around-the-clock for Spruce Street Harbor Park Presented by Univest/Valley Green Bank — yes, this park is now huge enough it sounds like a college football pregame show — and Blue Cross RiverRink Summerfest. Foobooz has you covered on the food options at SSHP, but here’s a glimpse of some more coming attractions.

In addition to what’s in the slideshow, there will be concerts every other week at both SSHP and Summerfest. That means you could go see a show pretty much every week! There will also be RC boats to rent in the marina, a bocce court and nicer restrooms. 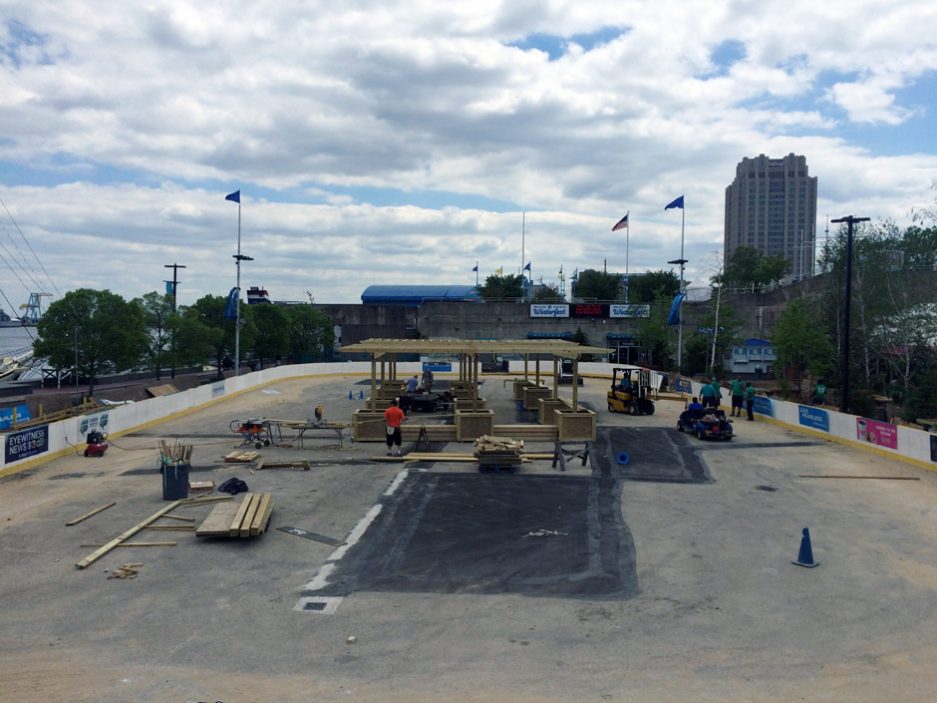 The DWRC's twist on a roller rink? There will be a pergola in the center with benches for people to sit on. On Fridays and Saturdays, DJs will spin in the center.

Wood for the roller rink is scheduled for installation early next week. 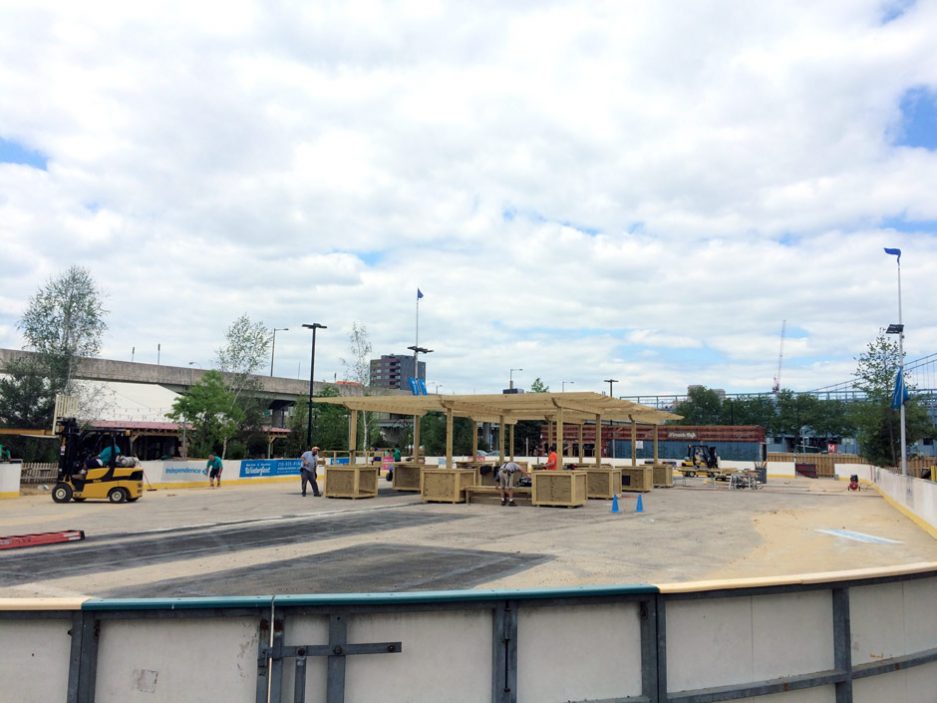 A ground view of the RiverRink. 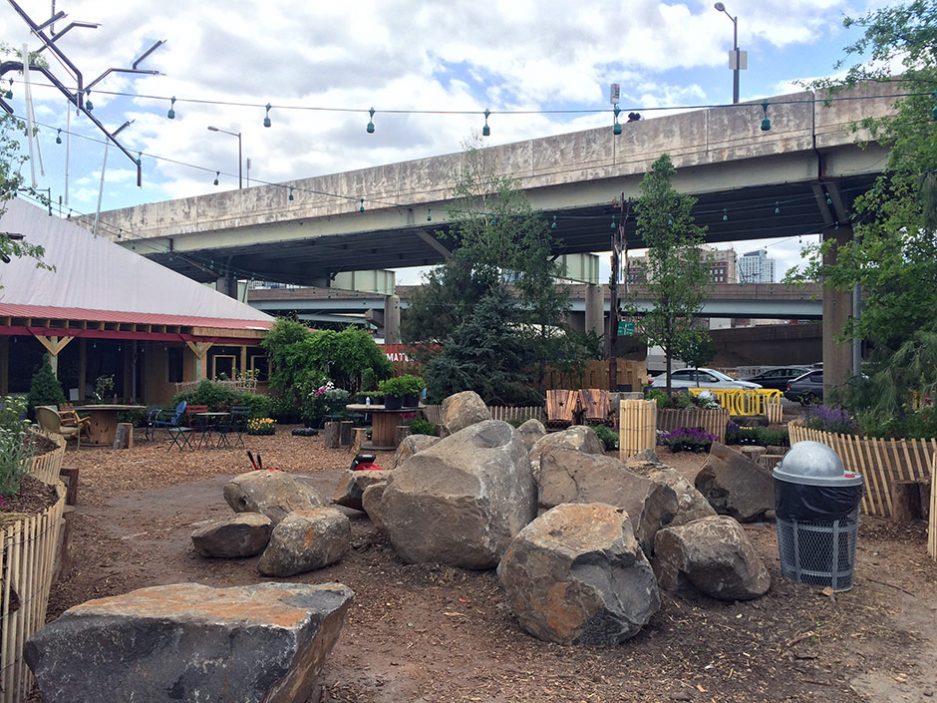 The side of The Lodge — which is being redesigned with a summer-y feel, and will have air conditioning — has been made into a "naturalistic playspace" for kids. Basically, it's a playground without equipment. 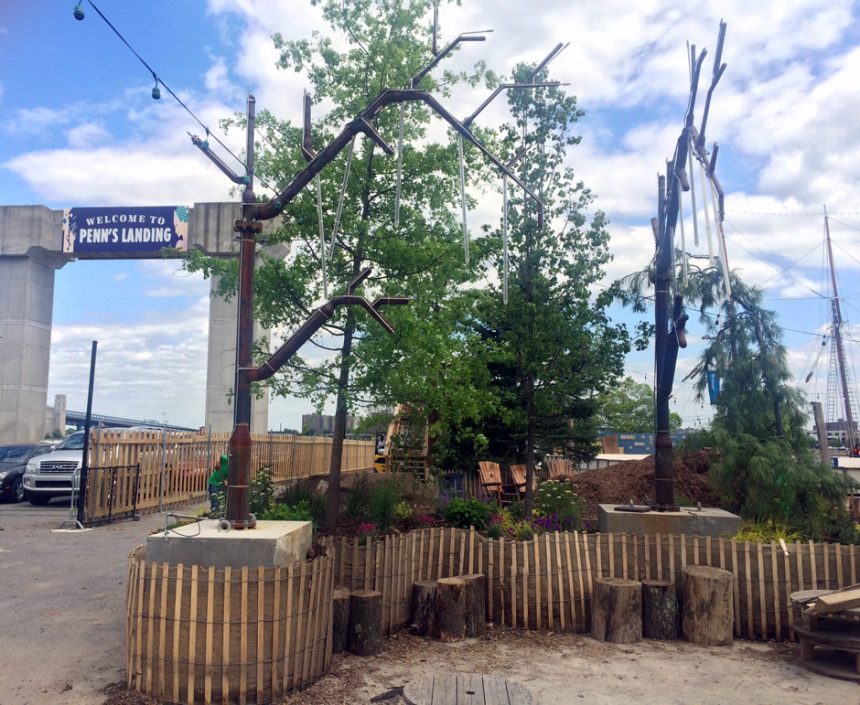 The spray garden, previously on the side of the Independence Seaport Museum, has been relocated to the "naturalistic playspace." 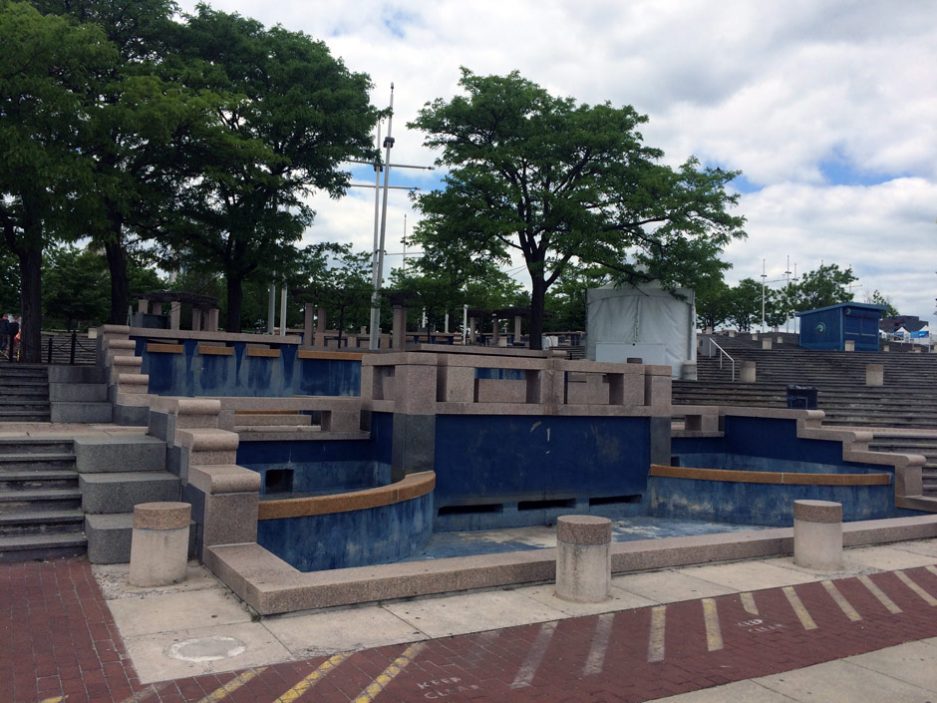 Using plants from Sol DeWitt's Lines in Four Directions in Flowers, previously at the Art Museum, the fountains at the Great Plaza — between SSHP and Summerfest — will be potted. Flowers from DeWitt's exhibit will also line the Columbus Boulevard boundary of Spruce Street Harbor Park. 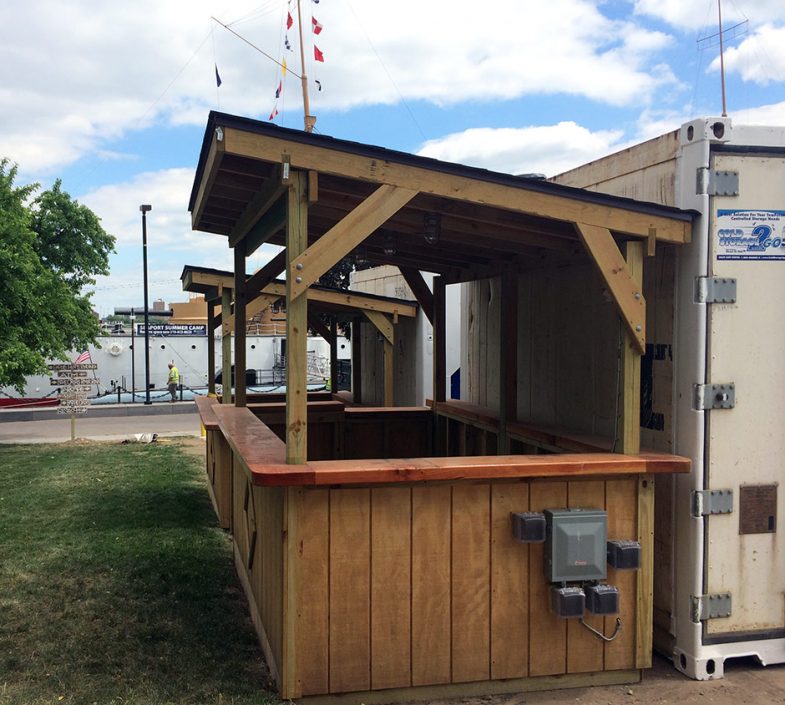 No more tents! This year, permanent wooden beer stands (with refrigeration in the back) have been installed at Spruce Street Harbor Park. 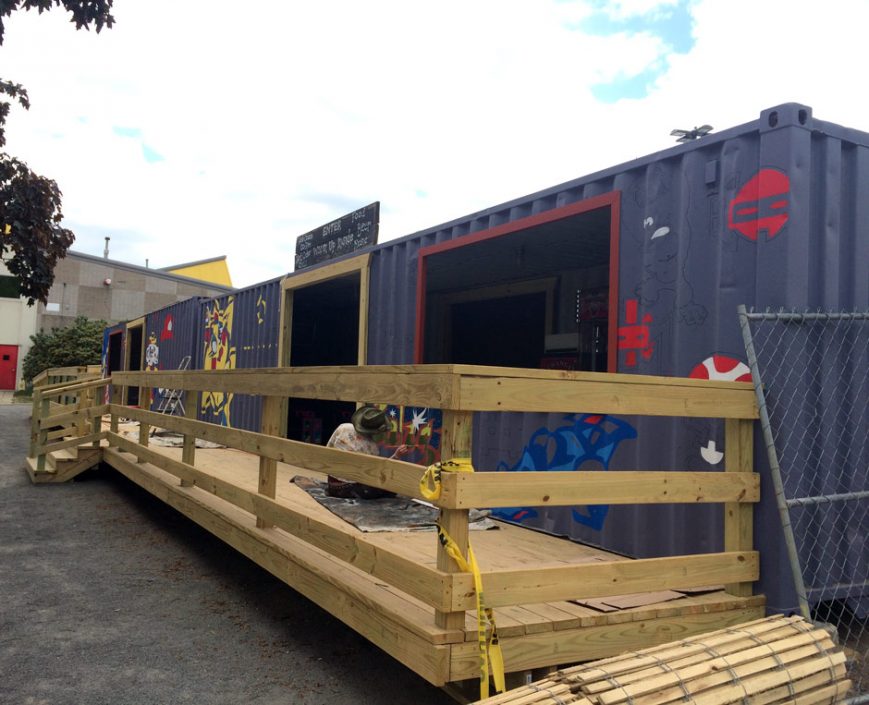 The arcade has been expanded this year into a much larger space slightly south of the main Spruce Street Harbor Park area. Artists Jen Cole and Larry McCole are painting video game characters on the outside. 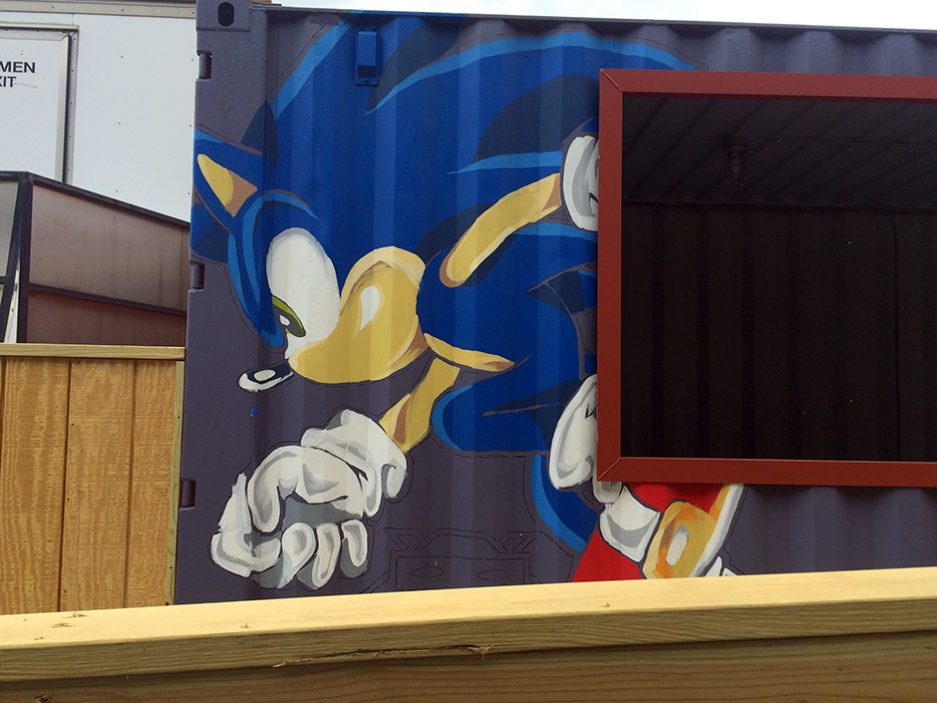 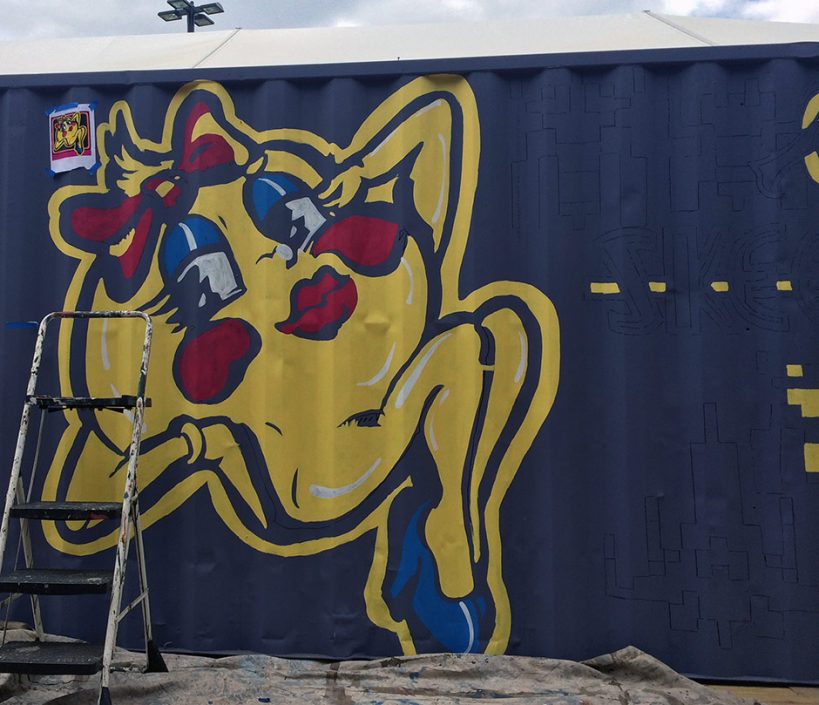 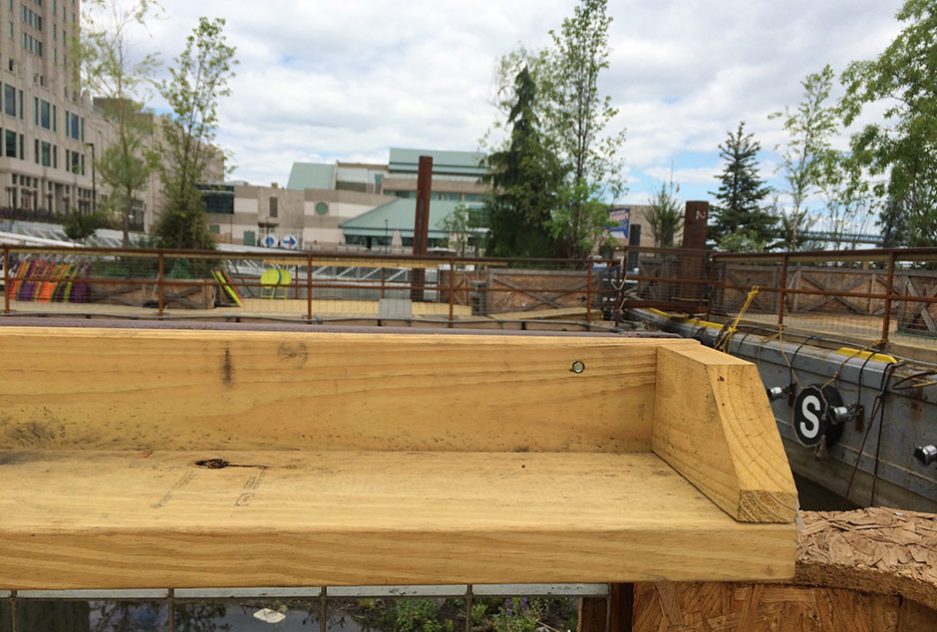