5 Movies to Watch if You Love It Follows

If you can't get enough of David Robert Mitchell's psycho-sexual predatory nightmare.

The lo-fi indie horror genre has gotten a tremendous boost from the festival circuit over the last couple years. In 2014, we had the spooky, unleashed id of Jennifer Kent’s The Babadook, which premiered at Sundance a year ago; now we have David Robert Mitchell’s psycho-sexual predatory nightmare It Follows to savor after commanding runs at TIFF, Sundance, and Cannes (and the upcoming The Witch from this year’s Sundance lineup).

It Follows revolves around a simple yet terrifying idea: One night a young woman has sex with a relative stranger in his car and in the process, like a form of particularly virulent VD, a horrific phantom gets transmitted to her from her apologetic partner. This phantom can take any form—a friend, a family member, a complete stranger—and it moves very slowly and deliberately, but there is no escaping it. Once attached, it will track you down and kill you most gruesomely, unless you can pass it on by having sex with someone else. The phantom goes in order, so as long as enough other people end up between you and it, you can survive.

Very often if you see one film you really enjoy, you can find other films that echo some of the things you really loved about the original. Here, we round up five movies you should dig if you like It Follows. 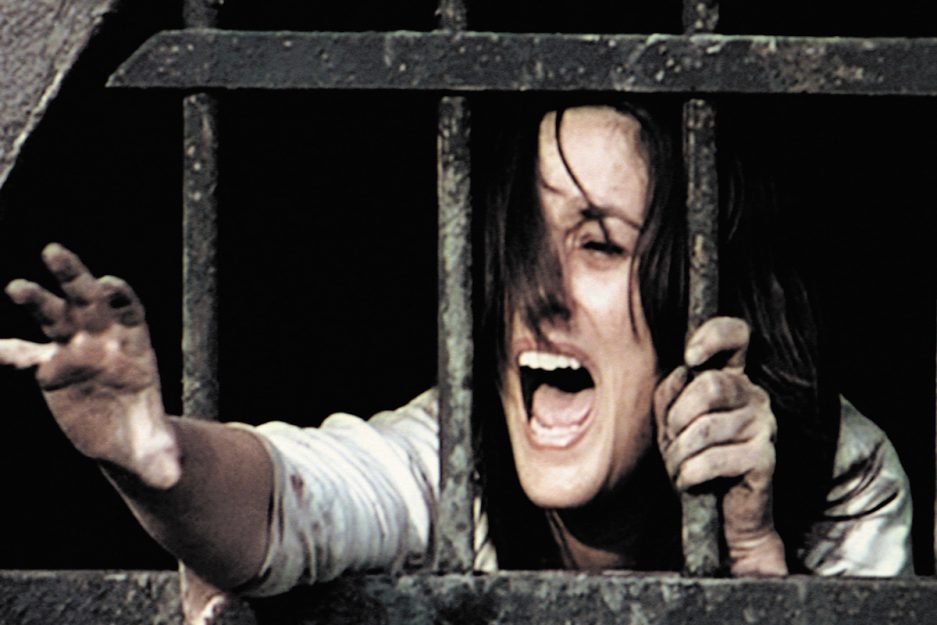 If you like: Psychologically deft horror films that scare you silly.

Then you should like: The unfettered genius of David Moreau and Xavier Palud's film, which revolves around an equally simple premise: A young couple spend a weekend at a country retreat and are terrorized by a mostly unseen group of assailants.

Comparison: This skillfully rendered horror opus, a French-Romanian collaboration, works largely because of its incredible restraint. In other hands, it could just have easily been turned into some kind of super-graphic, sadistic gore-porn vehicle, but that's not at all what the filmmakers are after. Instead, they use every cinematic trick in the book to induce unending dread and anxiety from the audience. Every scene is honed, every movement of the camera is precise and exacting, and the result is a truly terrifying film that uses precious little in the way of gore to get its point across. 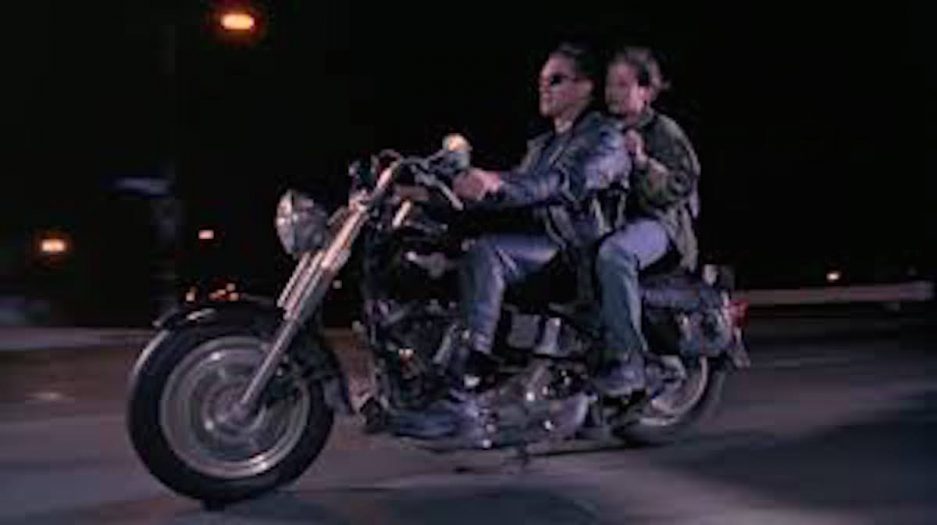 If you like: An indefatigable villain in constant pursuit of our protagonists.

Then you should like: James Cameron's hugely popular followup to The Terminator ups the action ante in almost every possible way.

Comparison: Instead of Arnold Schwarzenegger playing the villain, he becomes the reprogrammed cyborg trying to protect young John Connor (Edward Furlong) from the new evil robot-from-the-future, the liquid-metal T-1000 (Robert Patrick). Slick, sleek, self-repairing, and utterly relentless, the T-1000 has all the qualities of the Follows phantom, but it's also inhumanly fast. How one defeats such an unstoppable opponent is the crux of the film's drama, and one not fully satisfied until every possible erg of thrilling action has been wrung out of the script. 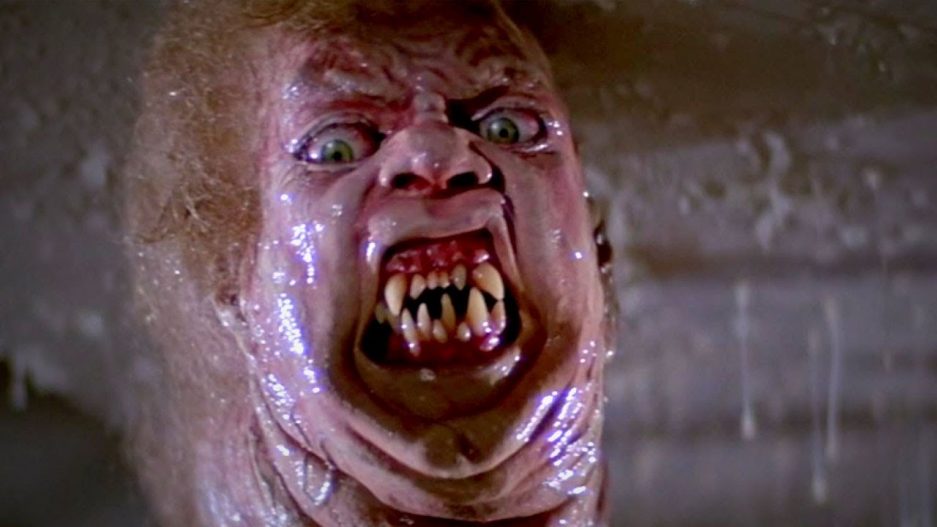 If you like: A shape-shifting creature who can come at you anytime, from anywhere, with anyone's body.

Then you should like: John Carpenter's delectably demented remake of The Thing From Another World, which takes the basic premise of the original—a group of scientists in a remote Arctic outpost are forced to combat a terrible alien who can take the form of any creature it kills—and turns all the dials and knobs to 11.

Comparison: Hailed now as a horror classic, the super-gory and mind-splintering film was initially derided by critics and virtually ignored by audiences. But it has earned a surprisingly robust outpouring of devotion amongst horror fans in the more than three decades after its release. The scientists—led by Kurt Russell and Wilford Brimley—never know whom they can trust and where the next incredibly horrific, gory slaughter will hit next, which, in turn leaves the film's audience in equal peril. Legend has it that even Russell and Carpenter weren't totally aware of whose body the creature was inhabiting at a given time, which lends the film an edge of real unpredictability, the horror genre piece de résistance. 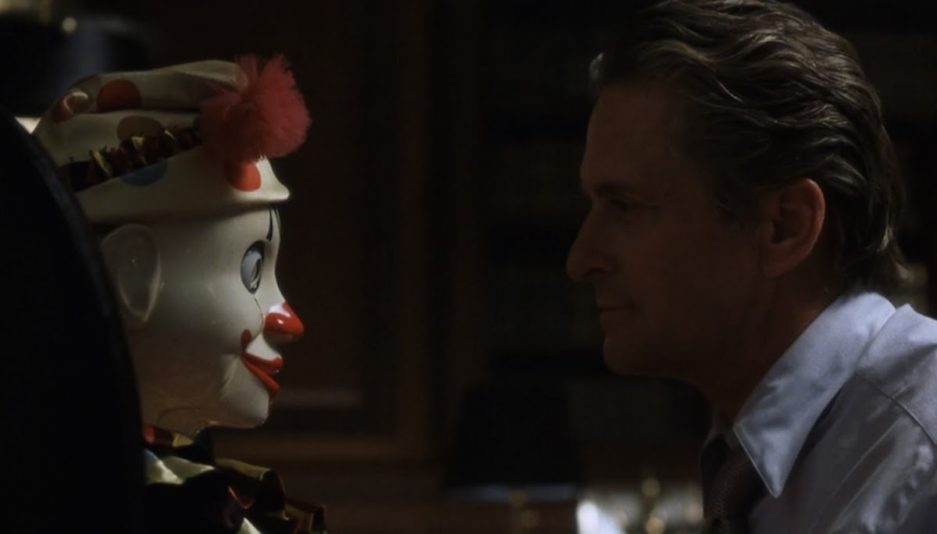 If you like: Being inspired to extreme paranoia for an extended period of time.

Then you should like: David Fincher's dark thriller, which posits Michael Douglas as a rich, miserable businessman who suddenly gets thrown into a macabre and deadly seeming intricately plotted scenario hatched by a company who specializes in breaking down its participants hired by his younger brother (Sean Penn), who soon vanishes.

Comparison: The enjoyment of Fincher's film—in addition to seeing the Michael Douglas-rich-snob character he's so perfected over the years get broken into little pieces by the brilliant malevolence of the game-makers—is the wash of pure paranoia it waves over you. Before too long, you're trying to second-guess every detail of the plot, and every person Douglas's character encounters on his journey. In Mitchell's film, he often places the phantom deep in the background of a given scene, and has them gradually and inexorably move towards their victim in a way that the audience sees long before the protagonist. It's a genius idea, and forces you to scan the background of every frame, searching for the phantom. 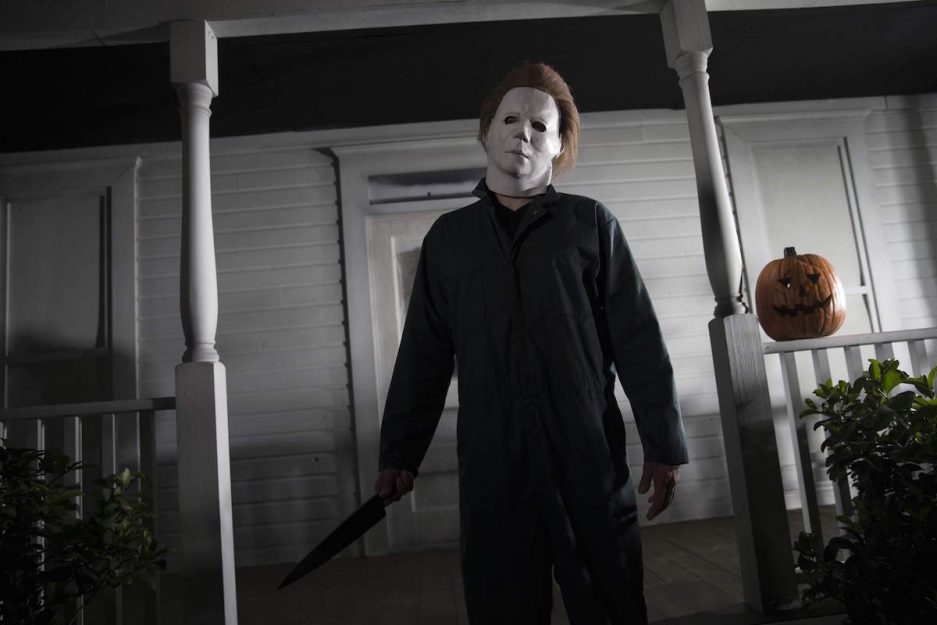 If you like: Low-budget spookiness jump-started by young, psycho-sexual angst.

Then you should like: One of the seminal examples of the modern horror flick, another John Carpenter creation, and one of the more imitated and referenced horror films of all time.

Comparison: This was one of the films that established the new rules of the genre so gleefully sent-up by the Scream franchise back in the '90s. Carpenter's high-school kids, who are terrorized one Halloween night by the return of the twisted Michael Myers to his hometown after escaping an asylum, follow what would become several of the standard characters of the slasher flick: The cute nympho (P.J. Soles) who, along with a doltish boyfriend, are among the first to get killed; the bookish prude (Jamie Lee Curtis), whose sense of responsibility and practicality help keep her alive long enough for help to come; and the anxious doctor (Donald Pleasence), whose main job to reiterate just how dangerous and deranged the killer is. The strong implication—long held by Hollywood's bizarre rules of teen sexuality—is that sexually active youth are always the first to die, punished, if you will, for their hedonism, an idea plucked out and toyed with in Mitchell's film, who follows the ensuing perils of its heroine after her brief sexual tryst, but only after her lover turns out to be a spineless cad, who drugs her, warns her what's in store for her and furtively takes off, leaving the phantom inexorably on her trail.

Watch it on: Netflix DVD Rental

It Follows opens March 27th at the PFS at the Roxy Theater (2023 Sansom Street).