Get ready to feel old: I was listening to iTunes this week, when a song from Alanis Morrisette’s Jagged Little Pill played on random shuffle. It was a welcome little stroll down memory lane until it hit me that that album is turning 20 freaking years old this year. That got me wondering: First, am I really that old? And then what other albums from my youth are hitting that two-decade mile marker? I did some scrolling and this is what I found. I’m willing to bet you rocked out to some—or all of these—back in 1995. 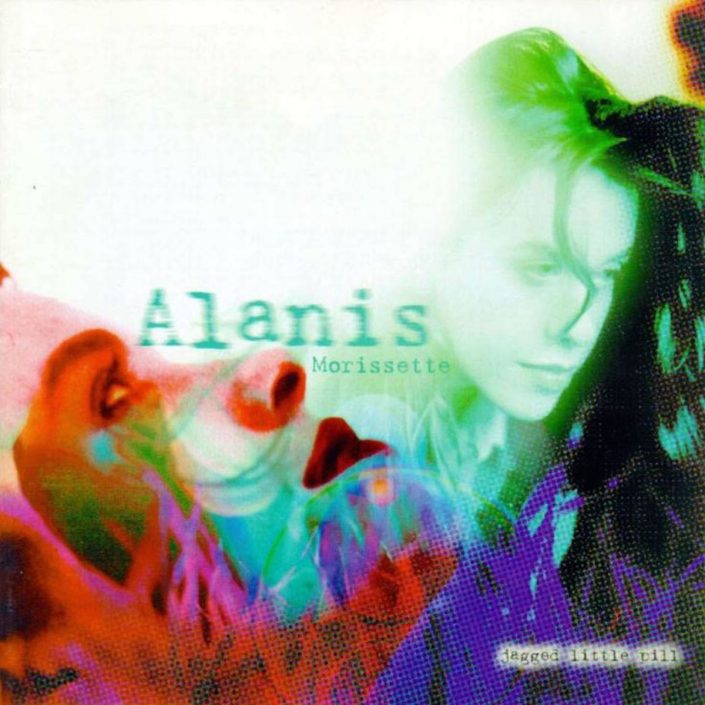 If there ever was an album that was (and most certainly still is) all wrapped up in mid-'90s music truth, it's certainly Alanis's Grammy-snatching '95 set. From the moment we saw her trekking across the desert in the video for Pill lead single "You Oughta Know," we were hooked on her wonderfully weird vocal stylings and angsty jingles. It also doesn't hurt that album cuts like "Hand In My Pocket," "Ironic," "You Learn" and "All I Really Want," still make the music on Jagged Little Pill seem relatable after all these years. 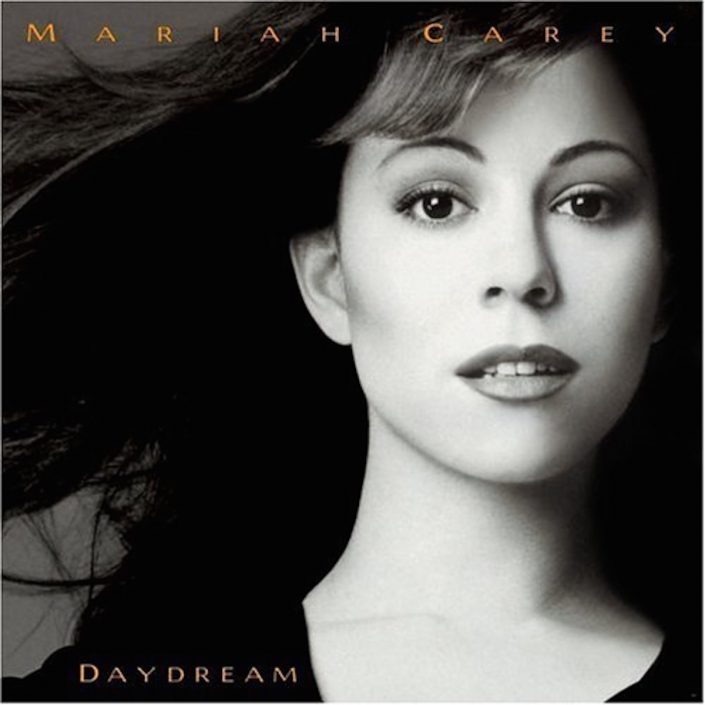 Not only did Mariah Carey's multi-platinum Daydream album deliver the diva three more No. 1 hits ("Fantasy," "One Sweet Day" and "Always Be My Baby") but it became the pinnacle of a time when Carey began straying from her trademark adult contemporary sound into a more seductive R&B, get-me-away-from-Tommy-Mottola mode. Not only is Daydream one of the diva's strongest vocal efforts, but other album glass-breakers, "Underneath The Stars," "Forever," "Open Arms," and especially "Fantasy," will all have us singing, "shoo-do-do-do-do-do" for the rest of our lives. 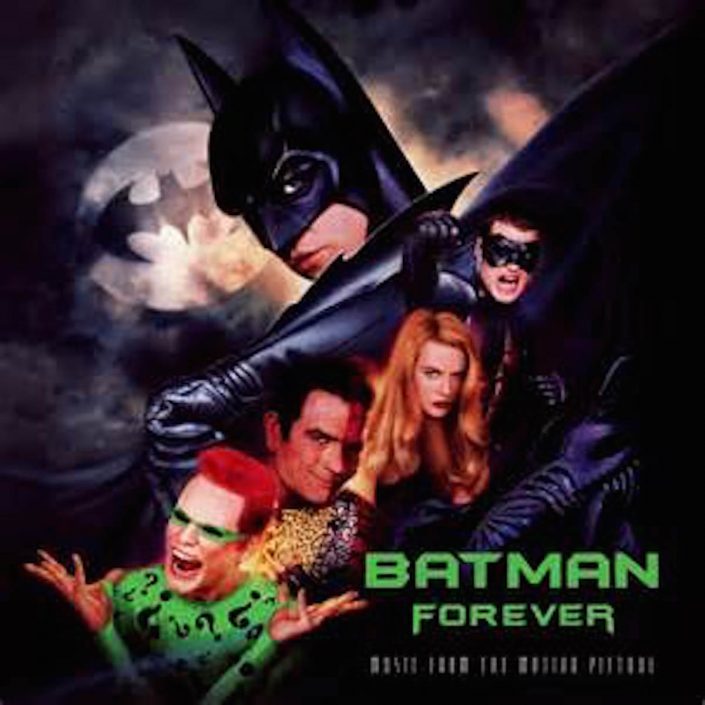 Is Batman Forever the worst Batman movie in the history of the franchise? Without a doubt. Does it have of the best soundtracks ever? Riddle me yes. Not only does it contain one of the biggest hits of the '90s, the Grammy-winning "Kiss From A Rose" by Seal, but it contains the supercharged U2 track "Hold Me, Thrill Me, Kiss Me, Kill Me" and a slew of other buzz-worthy mid-'90s artists, like PJ Harvey, Nick Cave, The Flaming Lips and Massive Attack. That almost makes up for the fact that Batman Forever was just God awful. 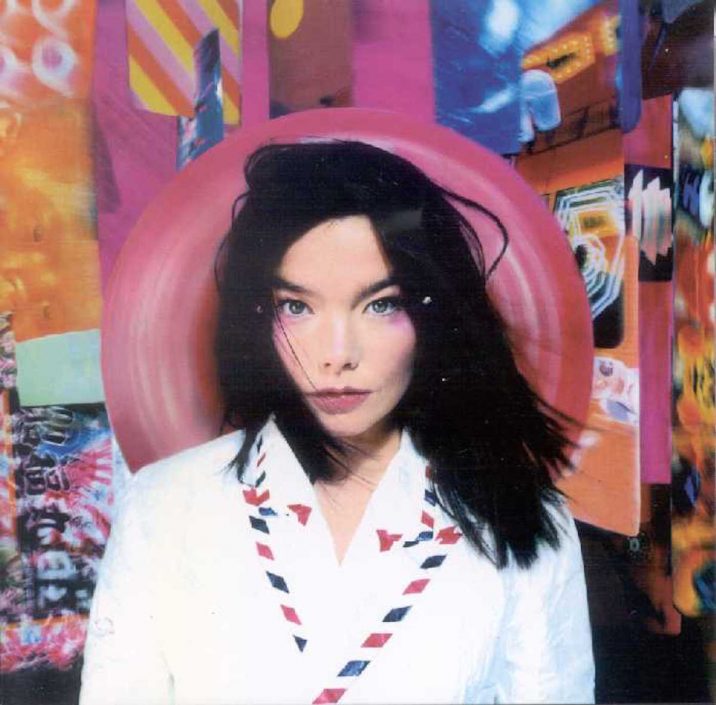 While the head-scratching diva from Iceland had released two prior studio sets, it was Post that truly put her on the American music map with its oh-so-eclectic sound and sensual, screechy sonnets. Six singles were released from the album, but it's standouts "Hyperballad," "Army Of Me" and "It's Oh So Quiet" that truly made Björk's wild album one of a kind in the mid-‘90s. 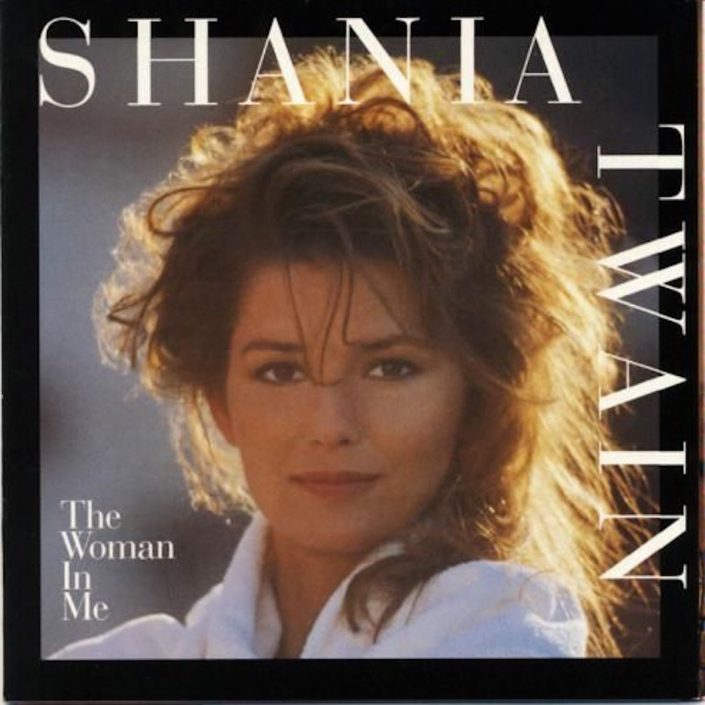 Shania Twain | The Woman in Me

Country crossover queen Shania Twain's second album not only paved the way for a mid-'90s country music hoedown (you're welcome, Faith Hill, LeAnn Rimes and Leann Womack), but it bulldozed a place in music history for her other smash '90s album, Come On Over. Classic Woman singles "Whose Bed Have Your Boots Been Under?," "Any Man Of Mine," "(If You're Not In It For Love) I'm Outta Here" and the album's title track prove Ms. Twain was quite the music force to be reckoned with (and that we all kind of liked country just a little bit). 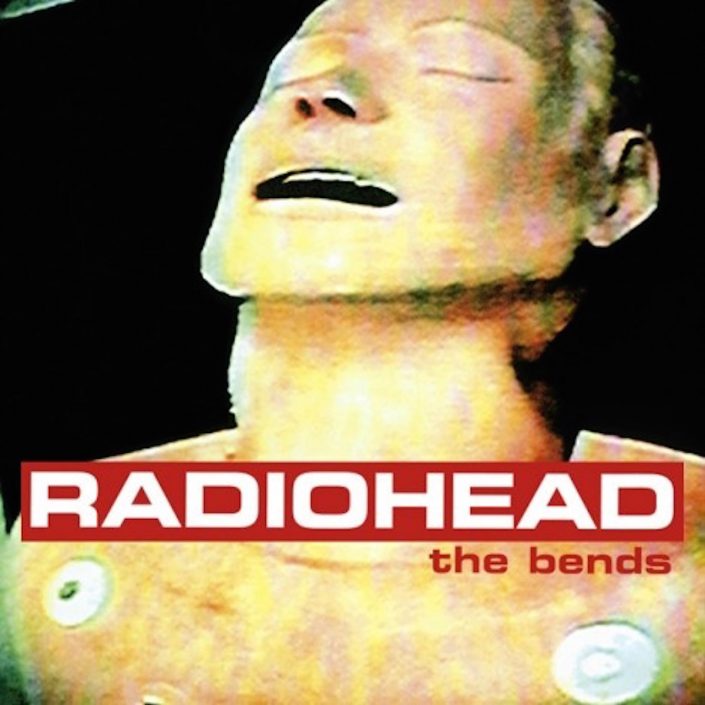 If there was ever an album that defined a generation of college-rock radio listeners in the '90s, it was Radiohead's shimmering second set. With its melancholy melodies and light synthetic tones—all mixed perfectly with that infamous "wah-wah-wah" sound that Cher in Clueless (also 20 this year!) loved so much—it's no wonder that sensitive singles "High & Dry" and "Fake Plastic Trees" still have you reaching for a Kleenex. 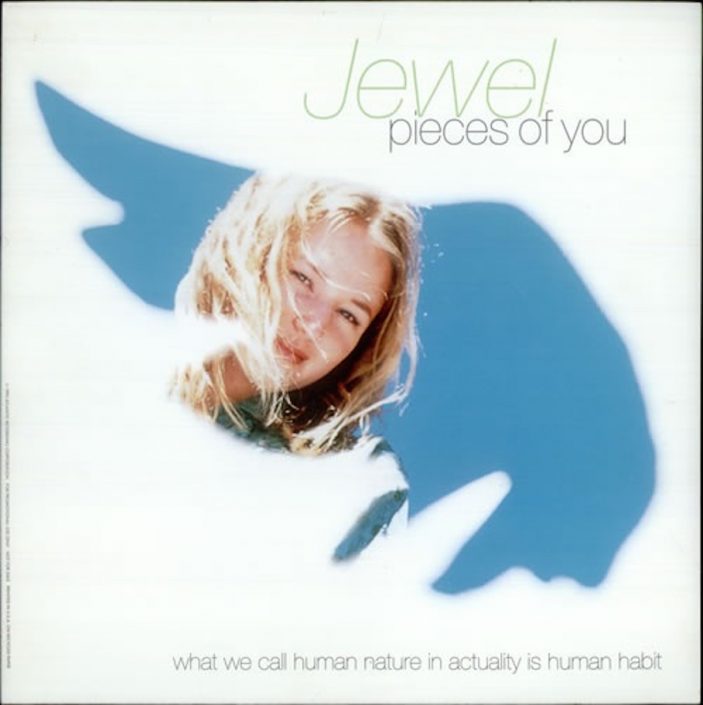 Jewel | Pieces of You

You'd be hard pressed to find a more heartbreaking collection of songs from the mid-'90s than this one. One part shattered dreams, one part broken promises, Pieces of You was the album for high school girls everywhere who just had their heart stomped on by some guy in study hall. Singles "You Were Meant For Me," "Who Will Save Your Soul" and haunting ballad "Foolish Games" not only put Jewel on the music radar, but it also saved her from living in her van down by a river in Alaska. 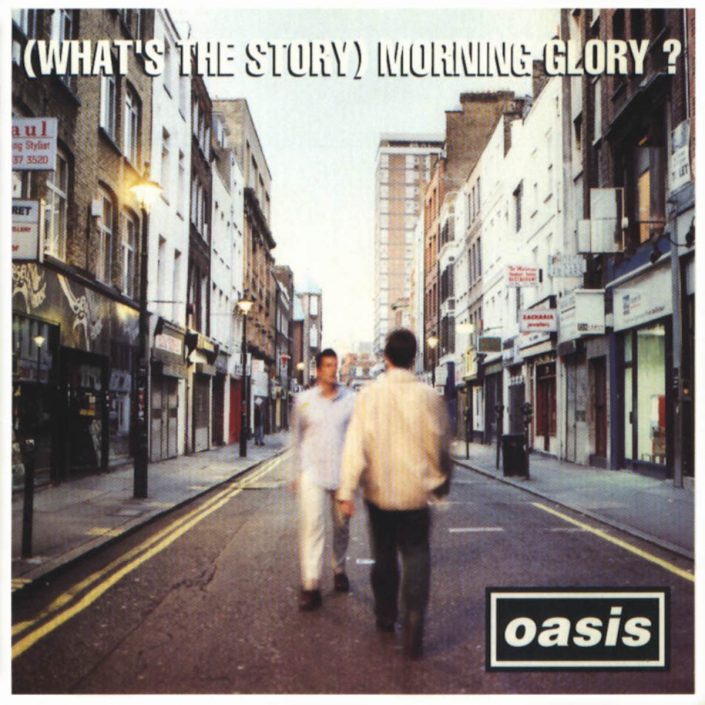 Drunken feuds! Fights on stage! All those cigarettes! From start to finish, Oasis's landmark album is packed full of U.K. rock gems, explosive harmonizing melodies and synth-laced grooves. Even today, when hearing the title track and their dazzling reworking of "Wonderwall," I find a sudden urge to light up a smoke or 20. 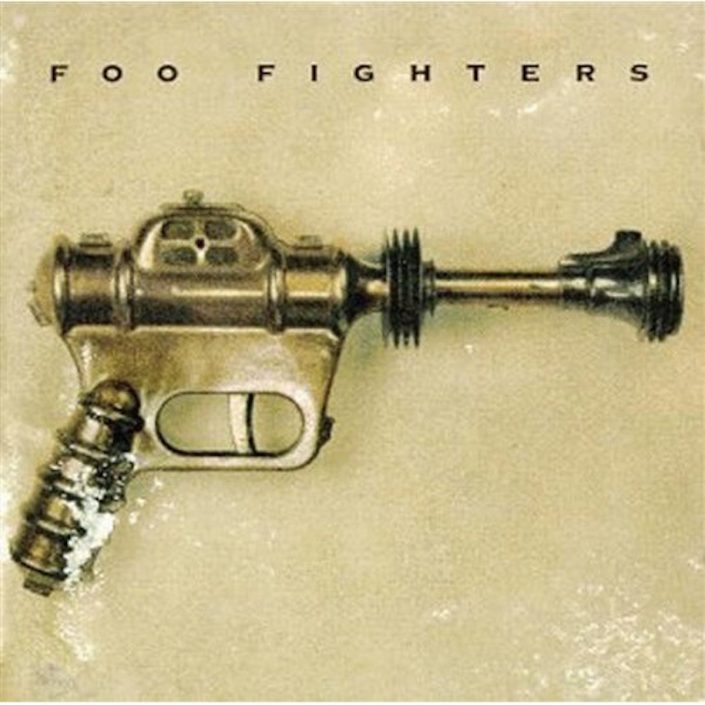 The story behind Foo's debut set is quite an interesting one. While many thought it was bandmate Dave Grohl's attempt to start another band following the suicide of Nirvana's Kurt Cobain, it was much more than that. During the recording process, Grohl wrote and played every note and sang every vocal on the set, only later adding in instrumentation with bandmates Nick Mendel, William Goldsmith and former Nirvana bandmate Pat Smear. While it contained mighty fine rock and plenty of catchy pop hooks, in the end, Foo's debut proved to be one of the only positive things to stem from losing Cobain. 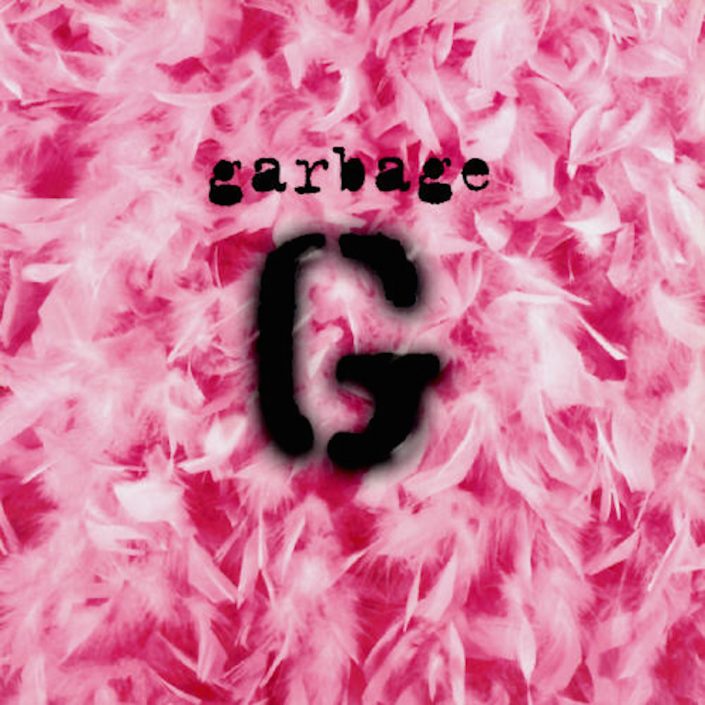 Two words: Shirley Manson. In a radio world that was dominated by grungy rock gods, it was Shirley and the rest of her gaggle of Garbage who ushered in a fresh sound laced with gutsy rhythms, blinding beats and purring vocals—which were delivered to perfection by Ms. Manson. Smash singles "Vow," "Queer," "Only When Happy When It Rains" and "Stupid Girl" still have Garbage smelling mighty fine today. 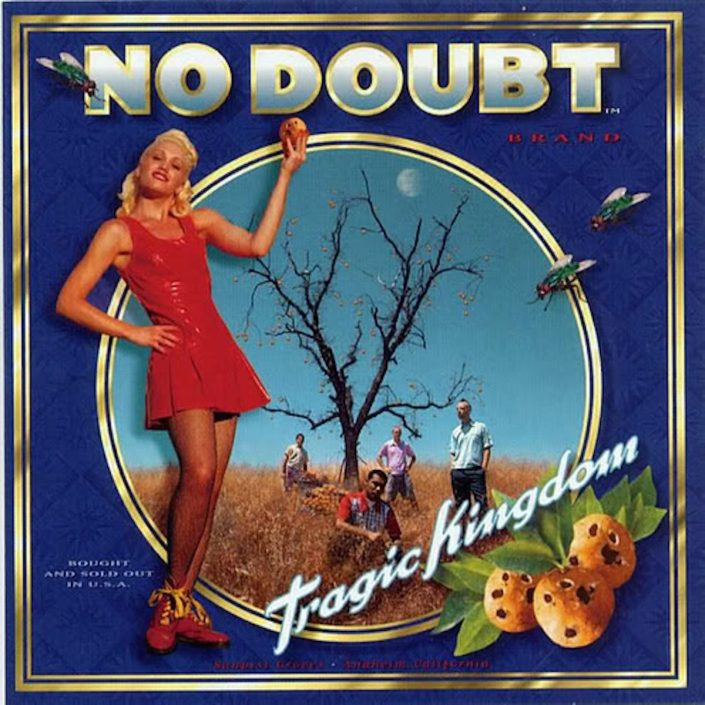 Hard to believe, but it was 20 years ago that Gwen was doing all those push-ups in the video for Tragic lead single, "Just A Girl." Ms. Stefani and the boys of No Doubt certainly delivered plenty of punk prowess and sultry ska rhythms on their chart-shattering debut. Hit singles "Just A Girl, "Spiderwebs," and "Sunday Morning" are all still in a music class of their very own. Also, how many times have you sang—or at least heard someone sing—"Don't Speak" on a drunken karaoke night? 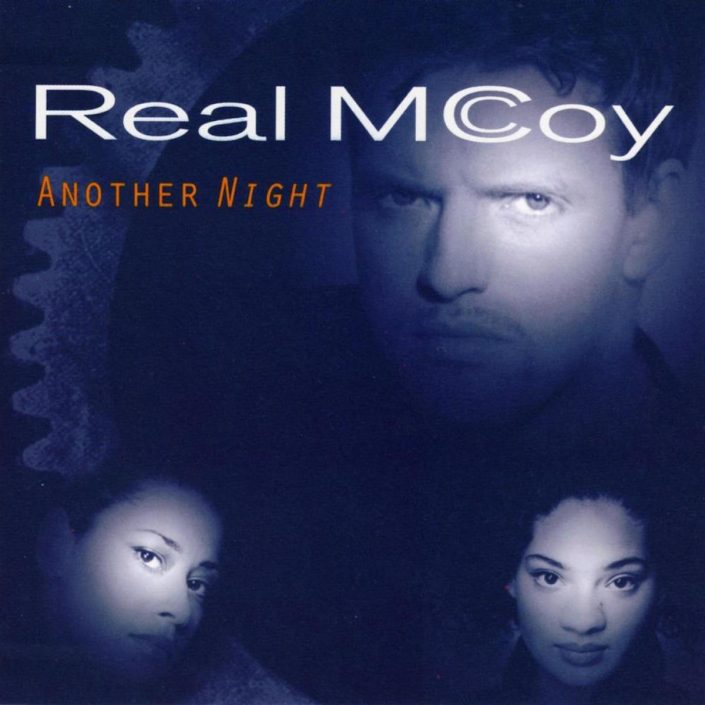 I'm sure I can speak for a whole lot of guys when I say I don't know how far I would have gotten in high school if it weren't for the galactic grooves of German dance trio Real McCoy. Smash hits "Run Away," their remake of Redbone's "Come and Get Your Love," "Sleeping With An Angel" and the album's title track were the stuff that '90s gym classes were made of. 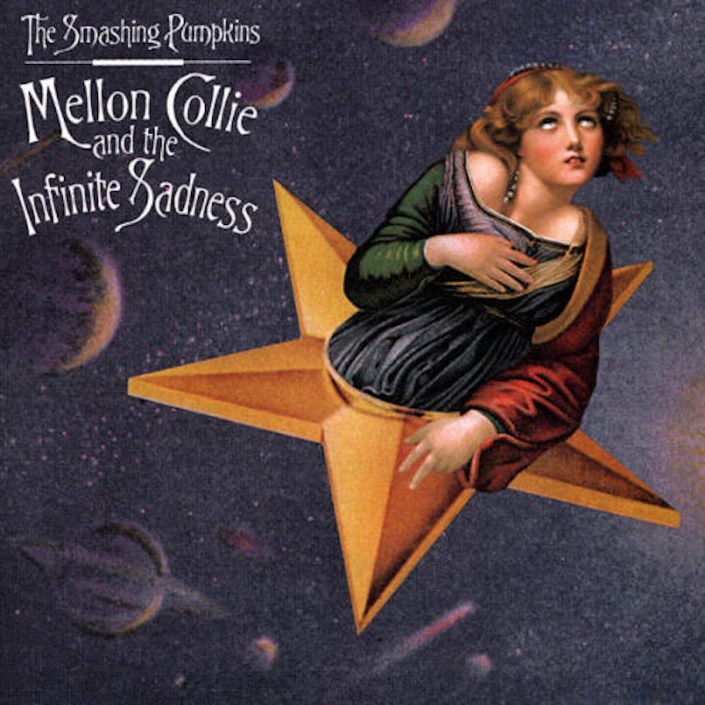 While the Pumpkin's previous studio efforts Siamese Dream and Pisces Iscariot gave them plenty of '90s music cred, it was this double-disc set that made them a household name. Mainly produced by frontman Billy Corgan, the album featured a whopping 28 tracks, six of them being released as singles. Album cuts "Bullet With Butterfly Wings," "Tonight, Tonight," "Thirty-three" and seminal Pumpkins tune "1979" all sound just as delightfully juiced-up today as they did back then. 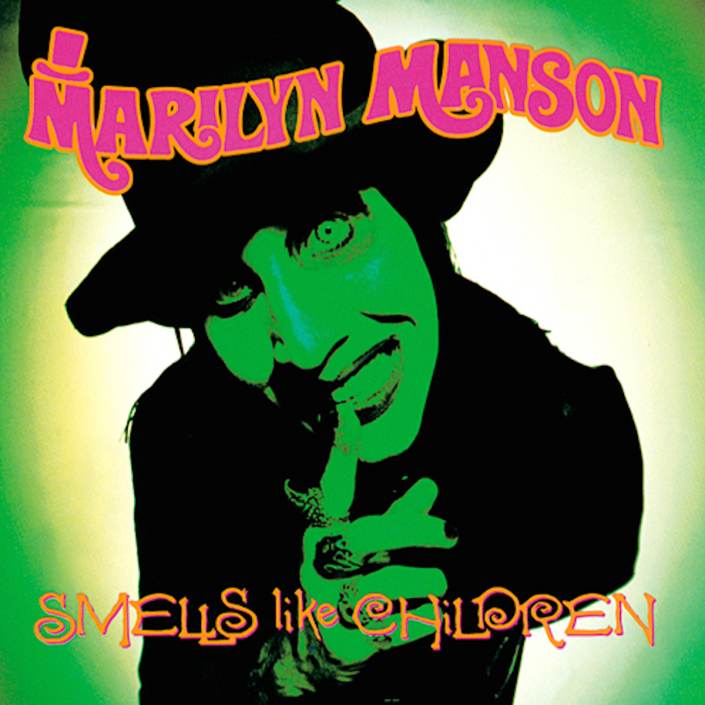 Not only was this Manson's breakthrough, but Children became a nightmare for every '90s soccer mom who thought their kids were listening to the Antichrist. With their vivid imagery, crazy videos and hellish sound, not to mention, those eyes, it's albums like this that prove the '90s were one of the most insane times in music ever. 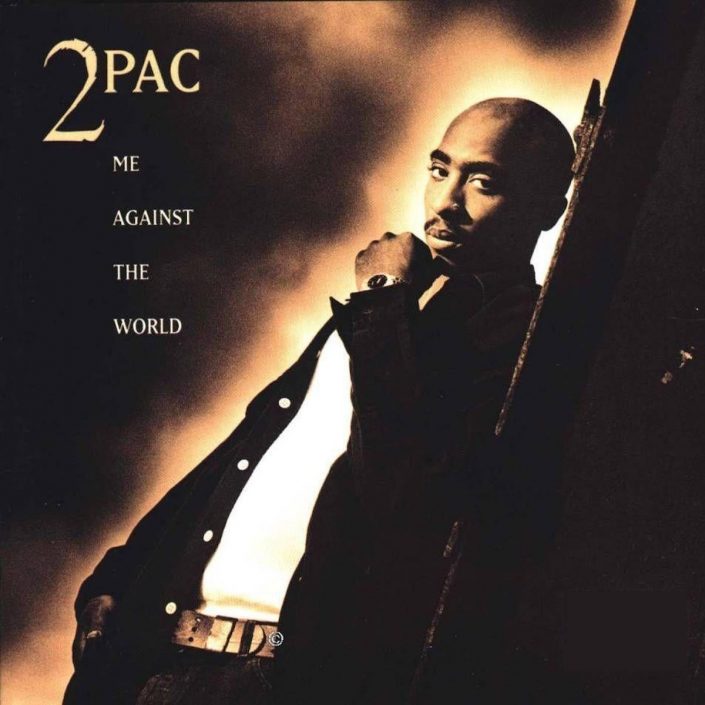 2pac | Me Against The World

If there ever was an album that defined mid-'90s hip-hop, it was 2Pac's landmark fourth studio set. 2Pac released World while he was in prison for attacking his Menace II Society director, Allen Hughes, sexually assaulting a female fan, and an attempted shooting of two off-duty police officers. With that aside, it's tracks like "Temptations" and everyone's favorite hip-hop tearjerker "Dear Mama" that truly make 2Pac's World a rap classic.

Need a playlist about right now? Hear a mix of all 15 albums below or follow the list here: