The 2014 Barrymore Awards made a spectacular return to the Merriam Theater last night, after an absence of two years when the Theater Alliance, the company that ran them for 18 years, dissolved. The Barrymore Awards are now run by Theatre Philadelphia, formed by several artistic directors and stage managers. 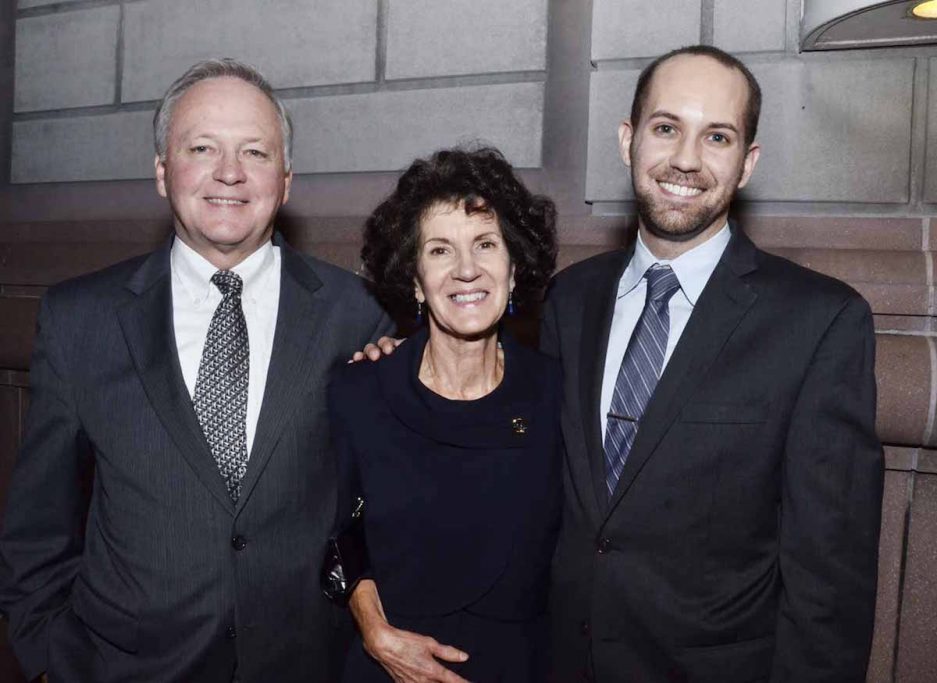 (L-R) Ray and Michelle Decker with Matthew Decker, who was nominated for Outstanding Direction in a Play for Theatre Horizon’s Circle Mirror Transformation 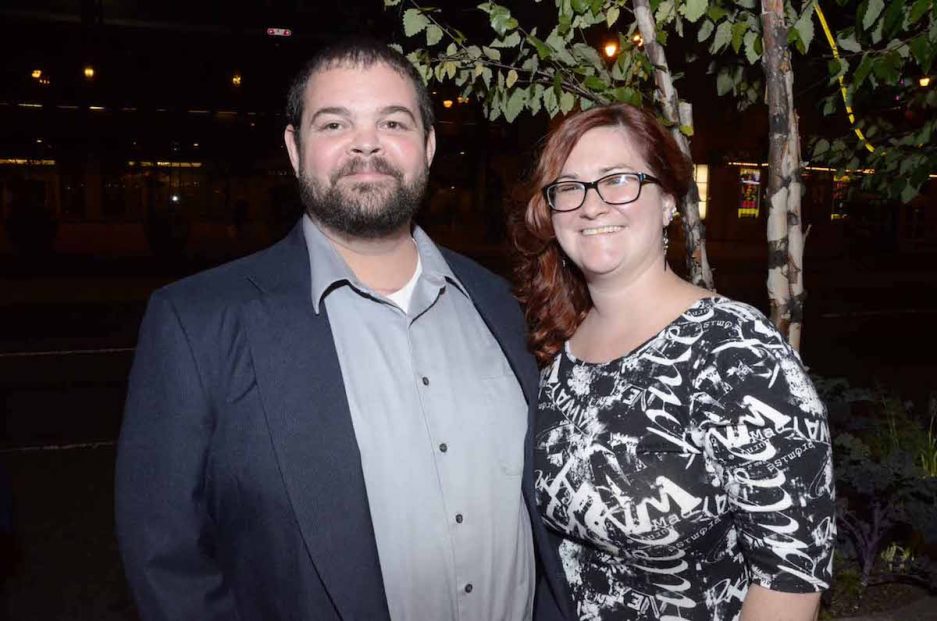 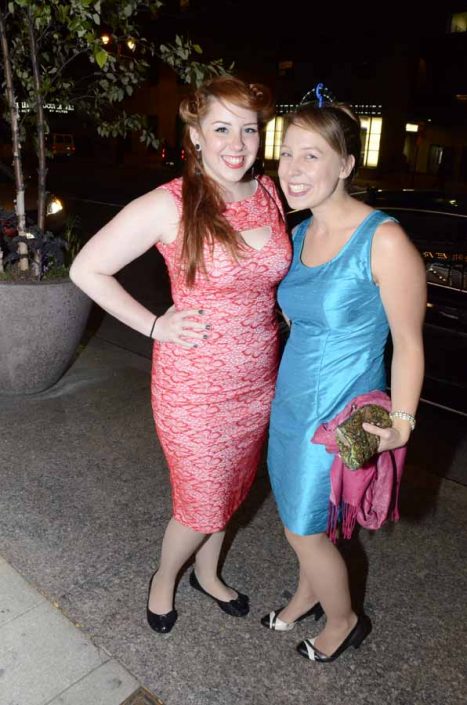 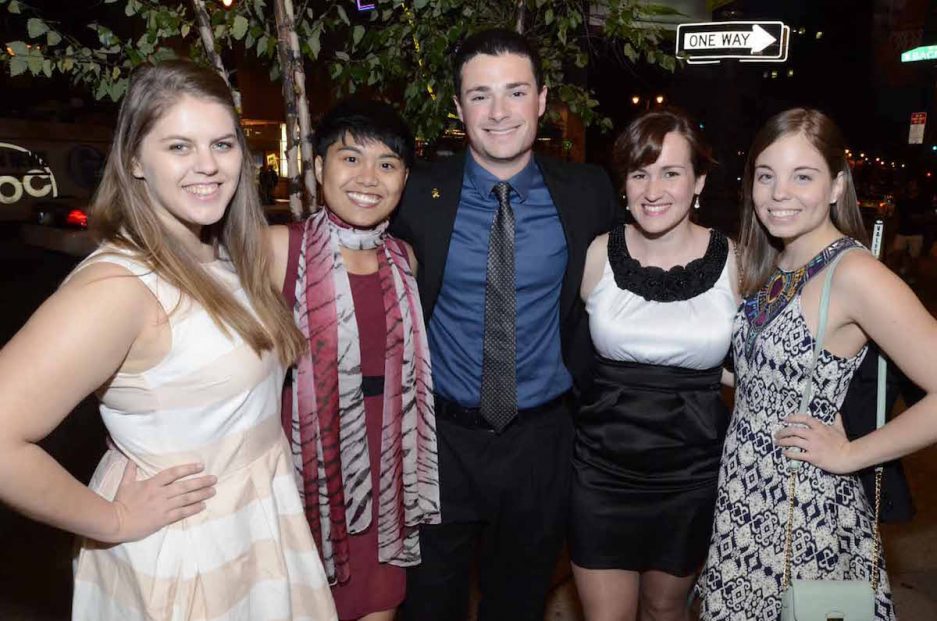 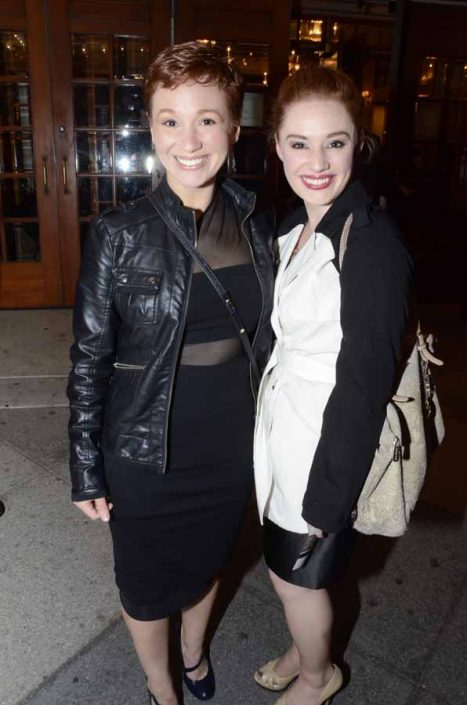 Liz and Kelly Filios. Liz won the F. Otto Haas Award for an Emerging Philadelphia Theatre Artist (prize $15,000) and was nominated for Outstanding Lead Actress in a Musical for her performance in Inis Nua Theatre Company’s Midsummer [a play with songs]. 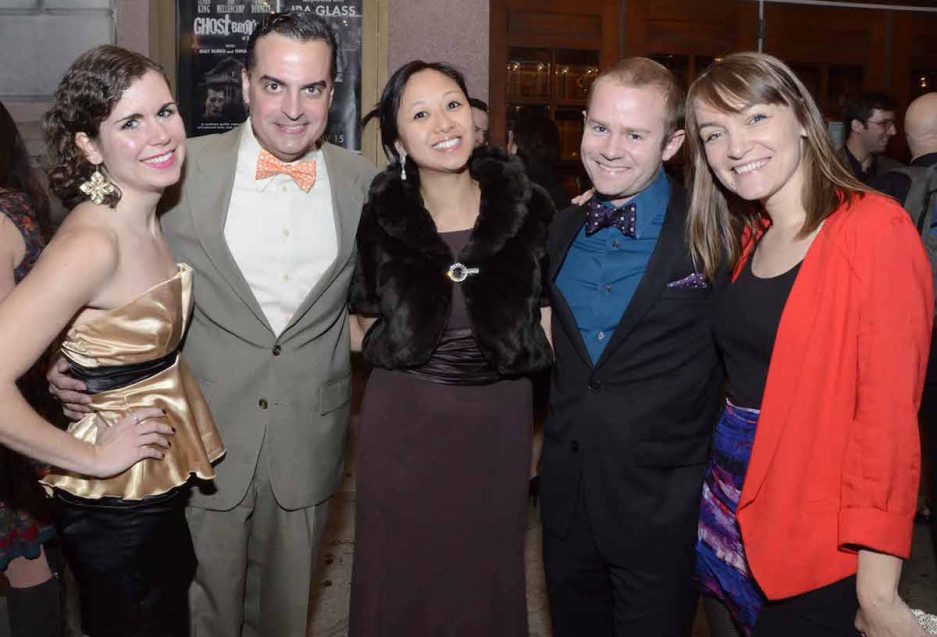 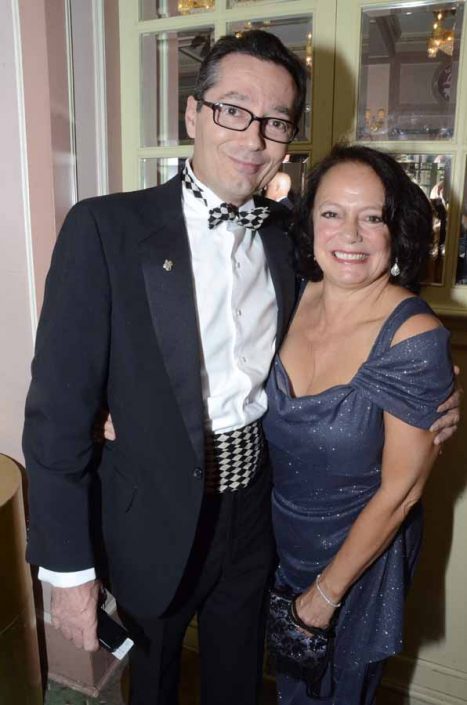 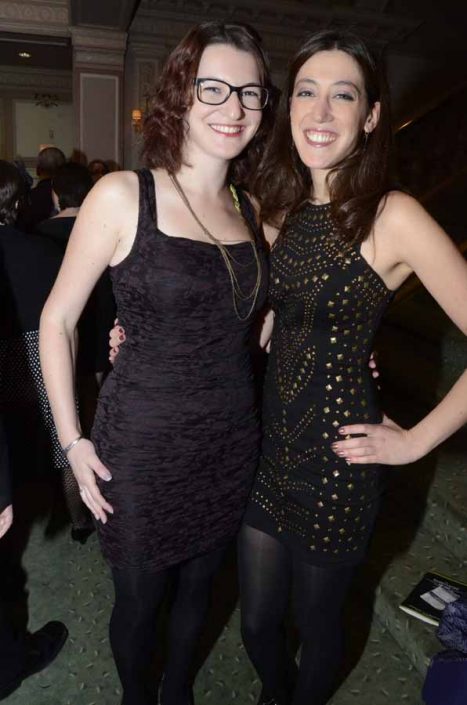 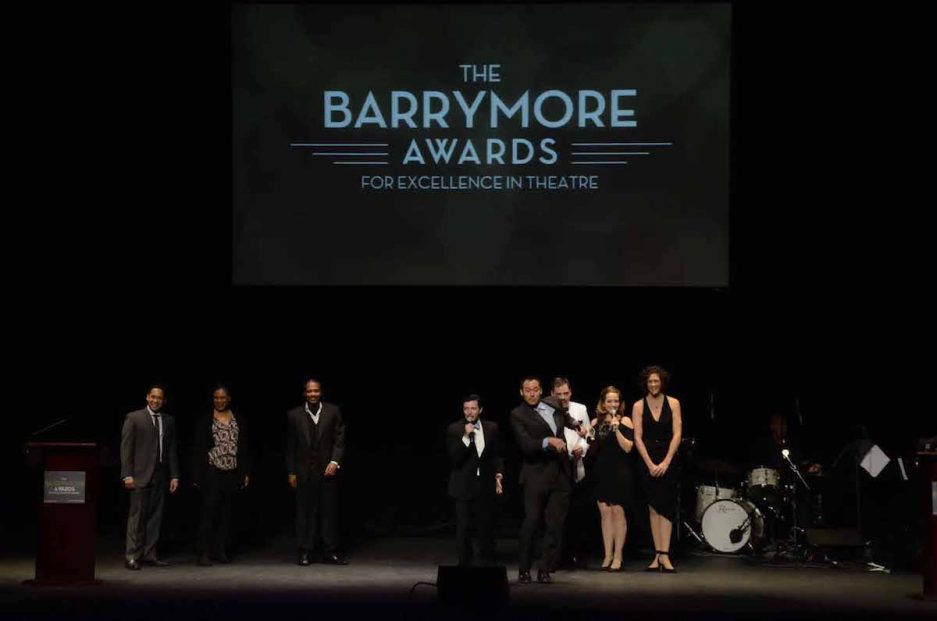 The Barrymores opened with a big musical number that entertained the crowd. 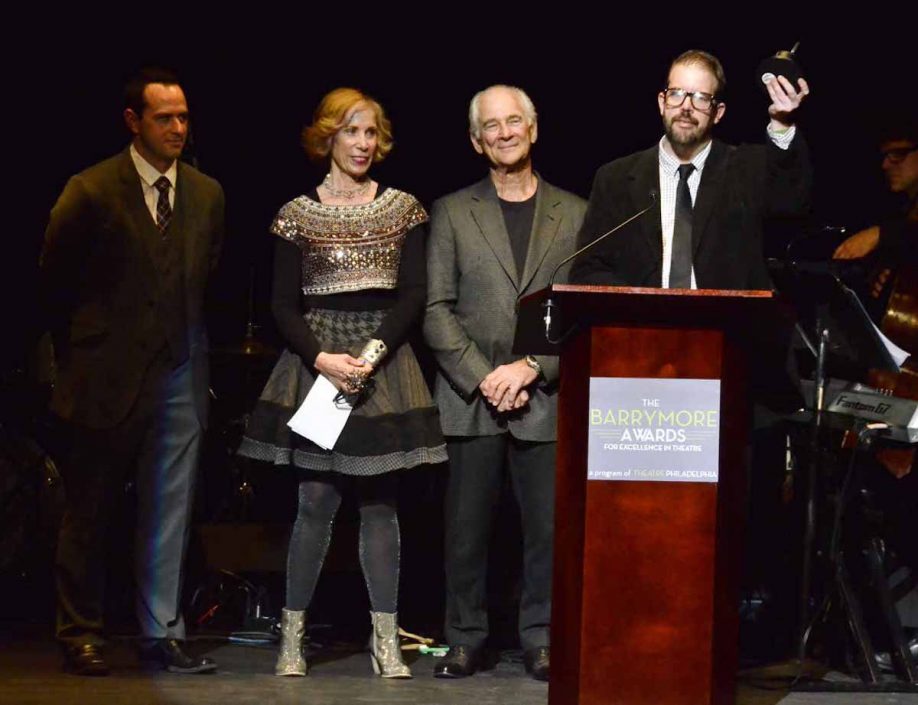 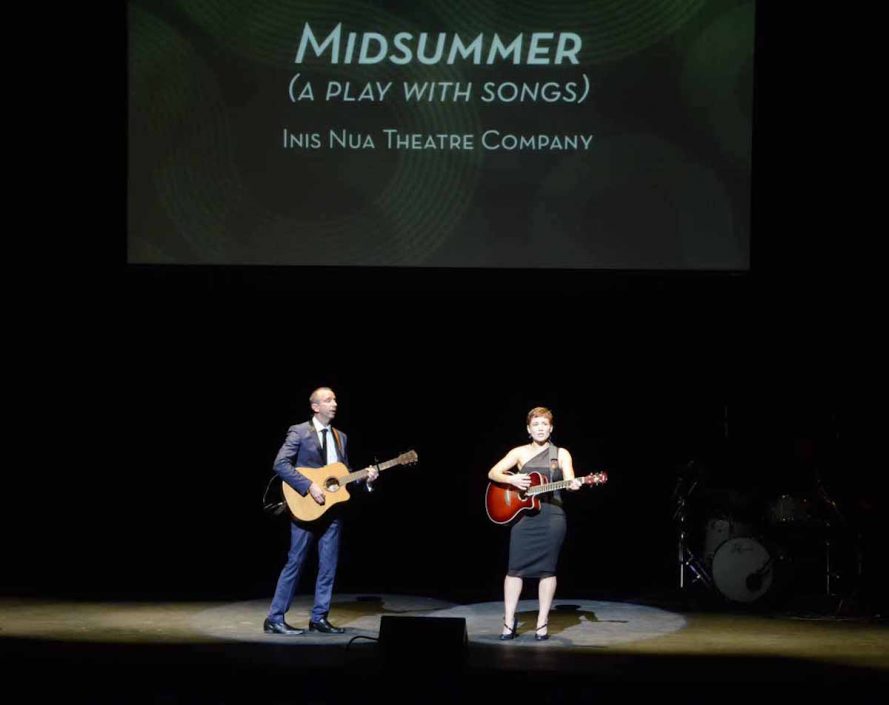 Charlie DelMarcelle and Liz Filios. Inis Nua Theatre Company won the award for Outstanding Overall Production of a Musical for Midsummer [a play with songs]. The show would go on to win four Barrymores, more than any other production. 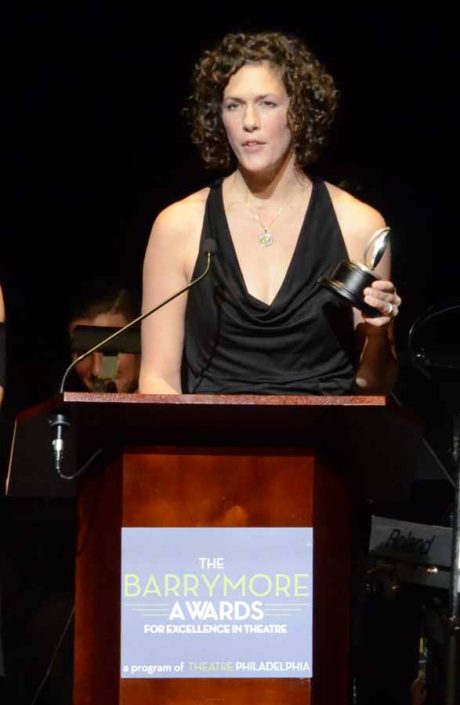 Marla Jurglanis won a Barrymore for Outstanding Costume Design for Pride and Prejudice at People's Light. 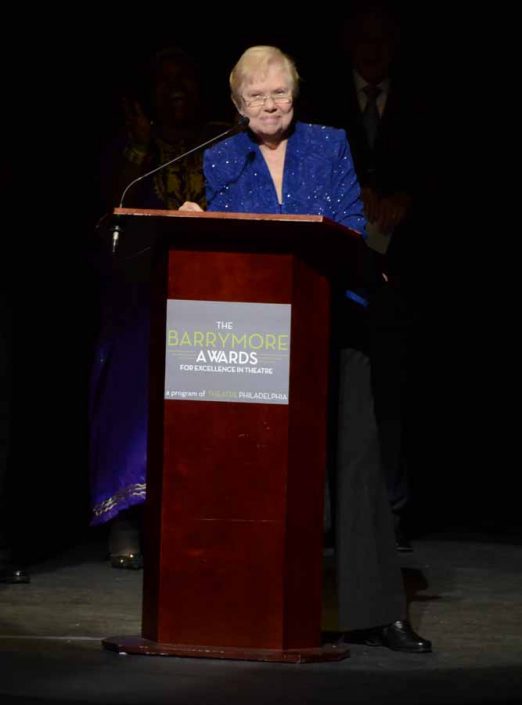 Carla Belver, actress, teacher, and two-time Barrymore Award nominee, accepted the Lifetime Achievement Award in an emotional speech praising all the actors she’s worked with over the past 40 years. She said that she is thankful that, at this stage in her life, she is doing what she loves. 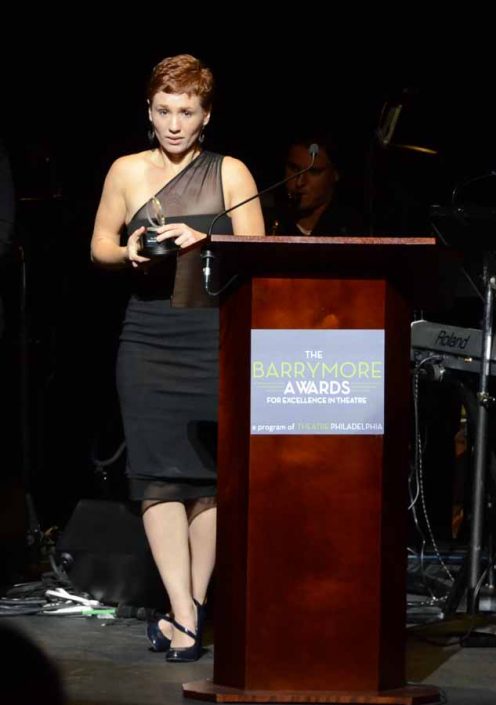 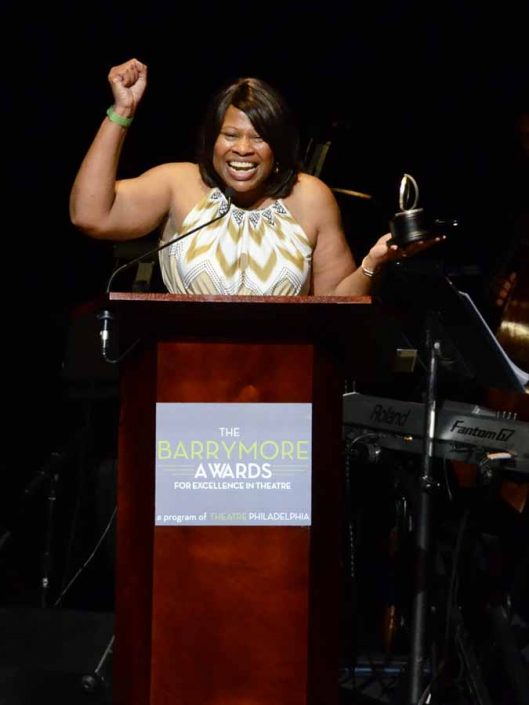 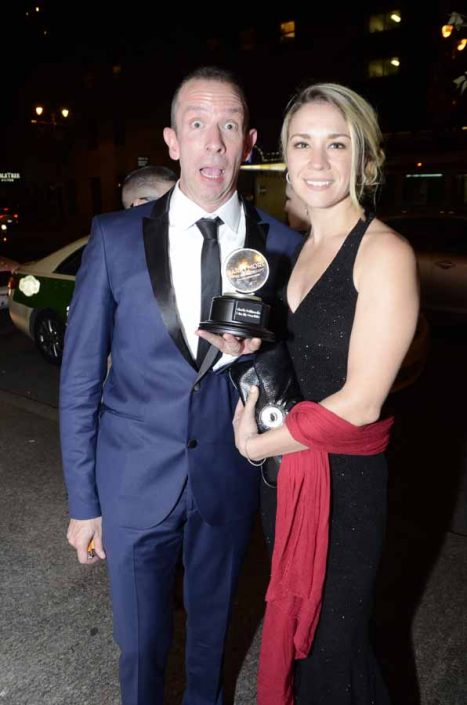 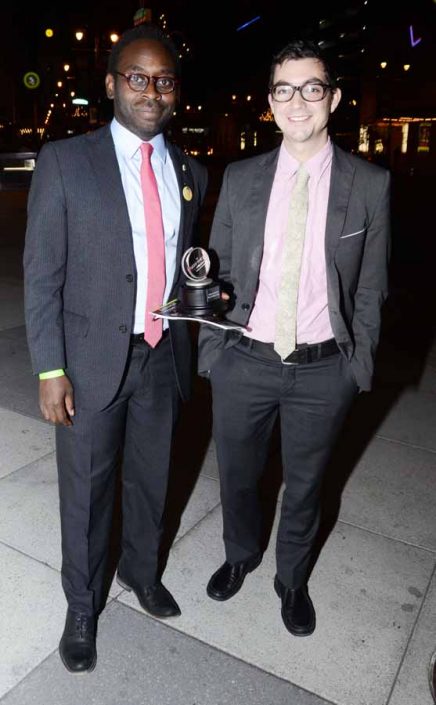 James Ijames, who won Outstanding Direction of a Play for The Brothers Size with the Simpatico Theatre Project, and Joel Witter on their way to the afterparty at the Kimmel Center.

The 19th annual Barrymore Awards was dressed down a little bit, there was no red carpet as there was in years past, and the dress was cocktail casual. But the audience was enthusiastic and glad to return. Nearly everyone I spoke with said it was great to be back, not only to celebrate their peers, but they were excited for the after-party at the Kimmel Center.

I snapped some photos of the evening, which you can see above. For a full list of the night’s winners, go here.