On Monday, the Arts & Business Council of Philadelphia hosted Zero to One with Peter Thiel at the Franklin Institute. Thiel is best known as the co-founder of PayPal and the first outside investor in Facebook. During the breakfast discussion, he chatted about why startups must pioneer unknown territories and throw away the notion of competing with anyone else but themselves. First Zack Seward,  editor-in-chief at Technical.ly, moderated a local panel of experts on startups and their place in Philadelphia, before doing a Q&A with Thiel. After the public session there was a private VIP meet-and-greet, where guests got their books signed and, if they were lucky, used their 30-second elevator pitch to grab the billionaire investor’s attention.

I snapped some photos of the event, which you can find below: 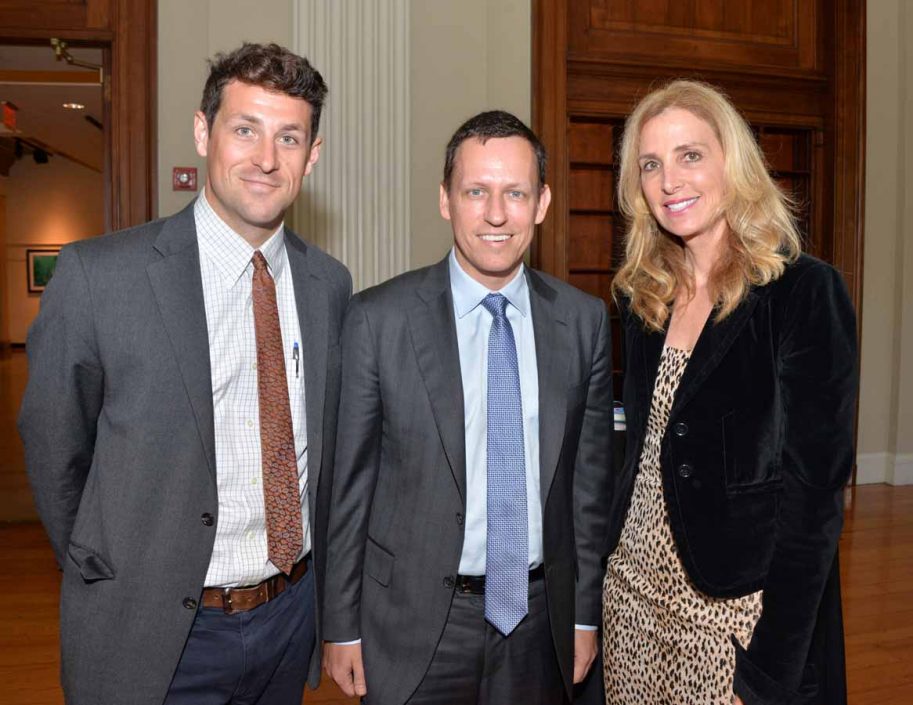 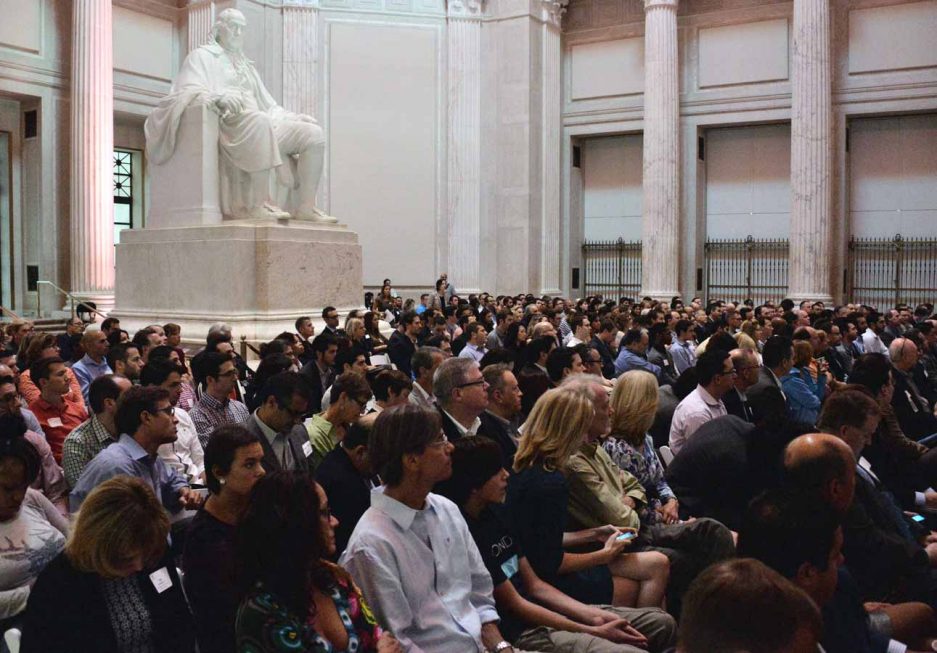 The sold-out crowd of 400 business leaders, entrepreneurs and students. 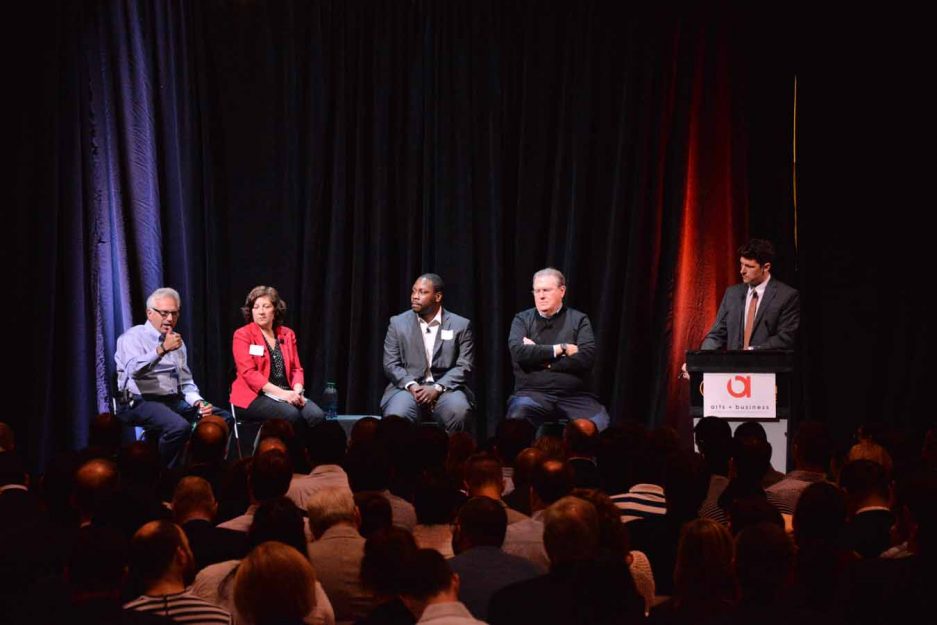 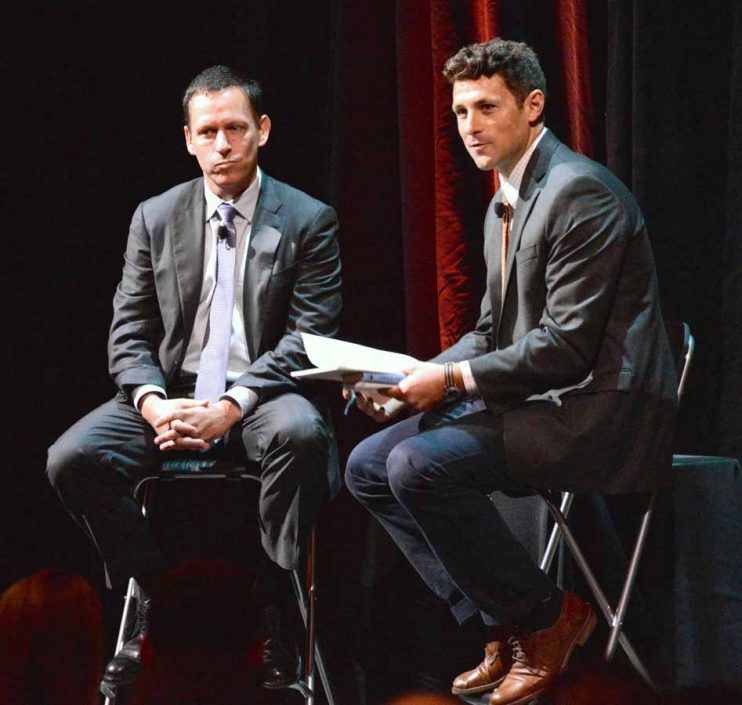 Peter Thiel and Zack Seward, editor-in-chief at Technical.ly. Words of wisdom from Thiel: You should never compete with anyone but yourself. If you look at your competition, then your field of growth gets smaller, and you get off task. 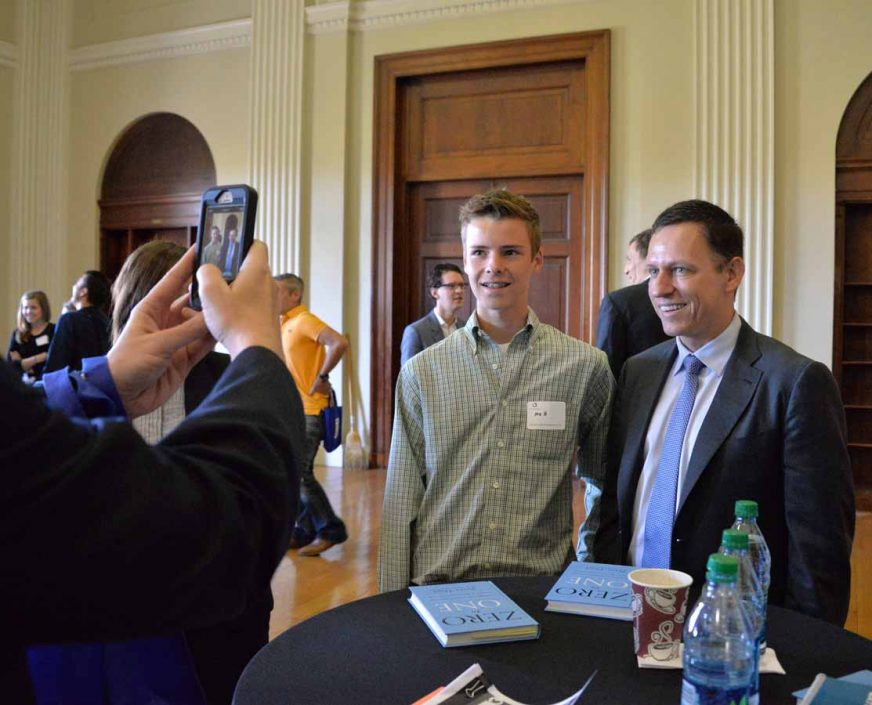 After the session, in Franklin Hall, guests were able to meet with Thiel and get their copy of his new book, Zero to One, signed. 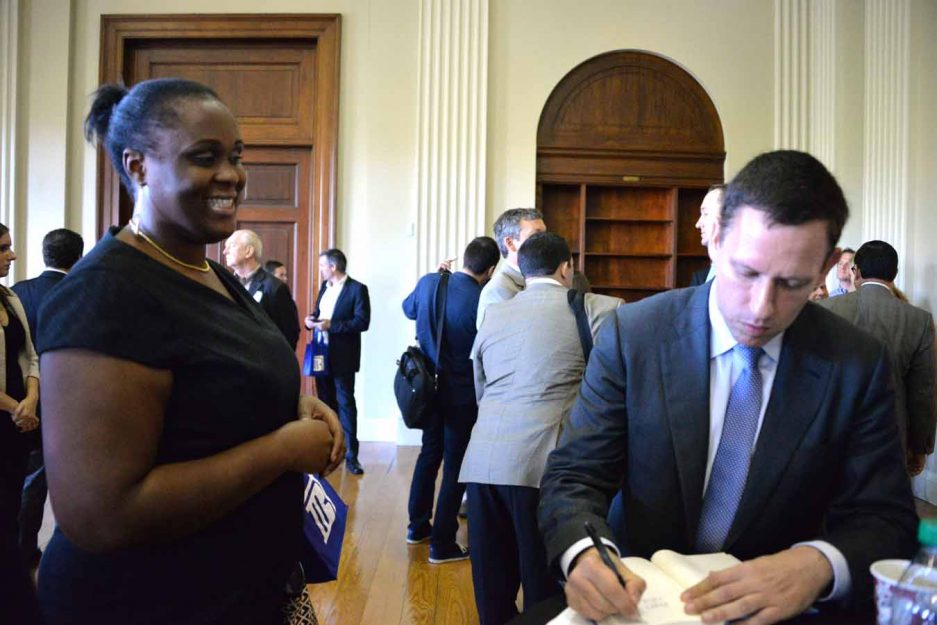 Guest at reception. Theil is a little disillusioned about progress. In his book he shares that, “In the last 40 years in the technology world we’ve had enormous progress in the world of bits, but not as much in the world of atoms.” The notion is encapsulated in the tagline of Thiel’s venture capital firm, Founders Fund: “We wanted flying cars, instead we got 140 characters.” 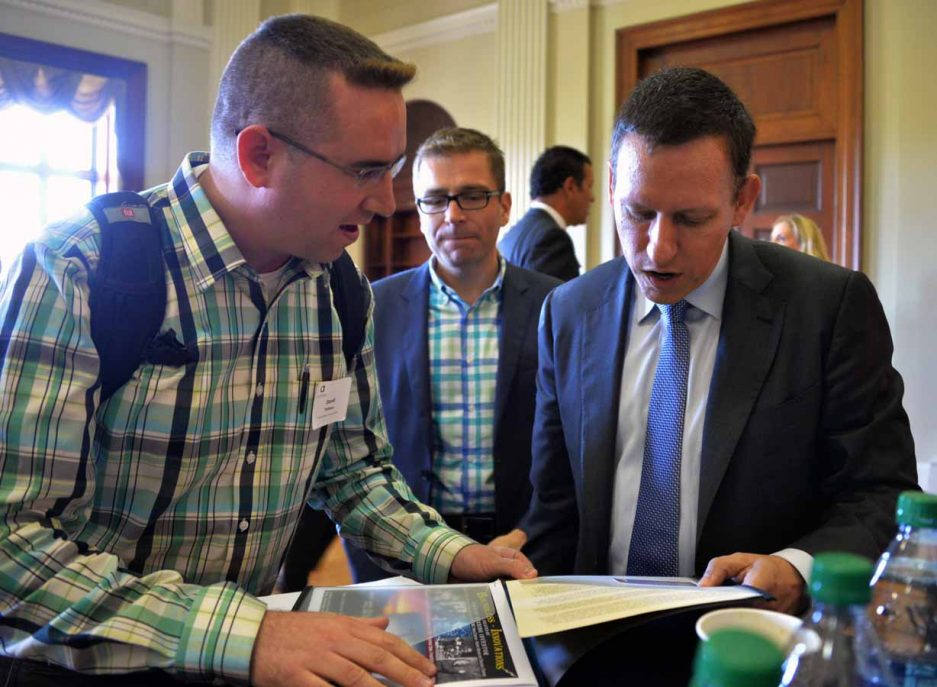 Some guests took the opportunity to perfect their 30-second elevator pitch with Thiel.