It’s the hottest ticket in town, but 20 lucky guests on Thursday night won the opportunity to purchase $27 rush tickets to the Philadelphia engagement of Broadway’s The Book of Mormon, playing at the Forrest Theatre. We were there to capture the scene.

Eager theater missionaries showed up outside the box office as early as 4:30 p.m. to enter the drawing. At first, the crowd was modest, but as the minutes ticked down to the lottery, the crowd grew, and grew … and grew. In total, approximately 100 entries were received for Thursday night ‘s performance of the Tony Award-winning best musical by the creators of South Park. 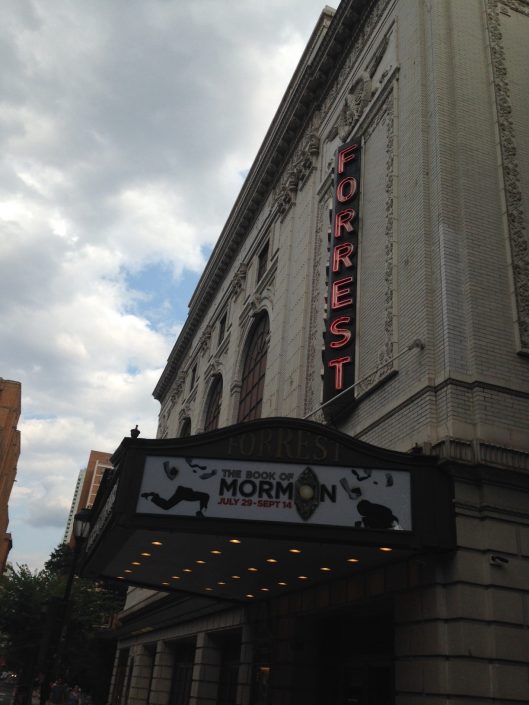 The marquee of the Forrest Theatre. 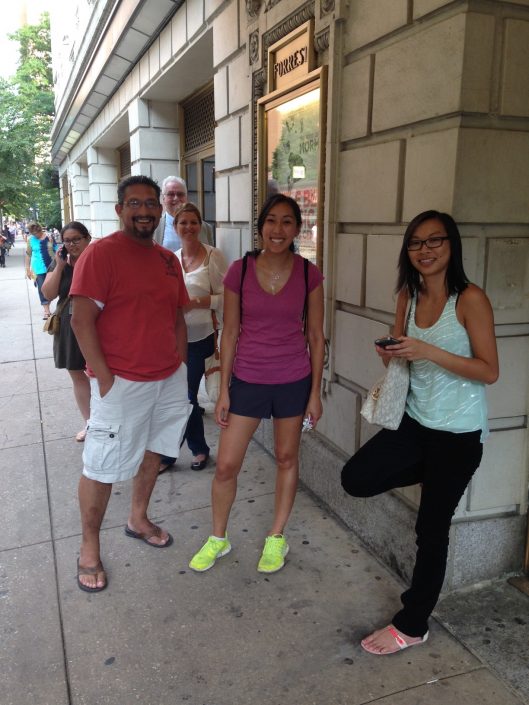 The crowd for the rush tickets started small. HINT: You really do not need to get to the theater early for the lottery. As long as you get there two and a half hours before the curtain and fill out the contest form, you are in the lottery. 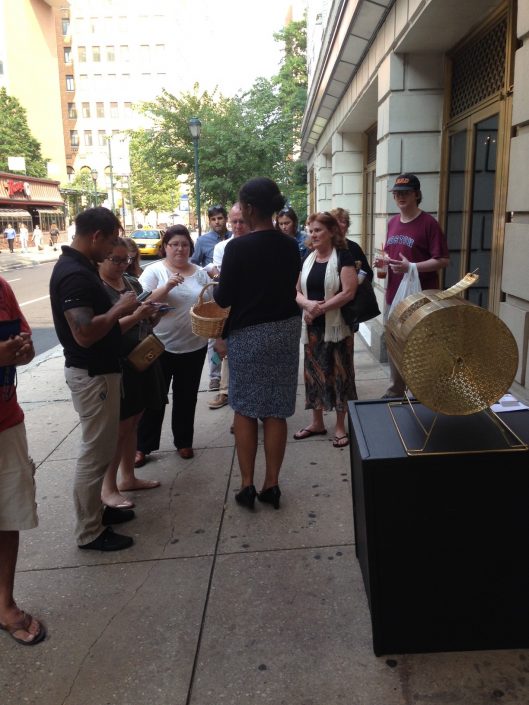 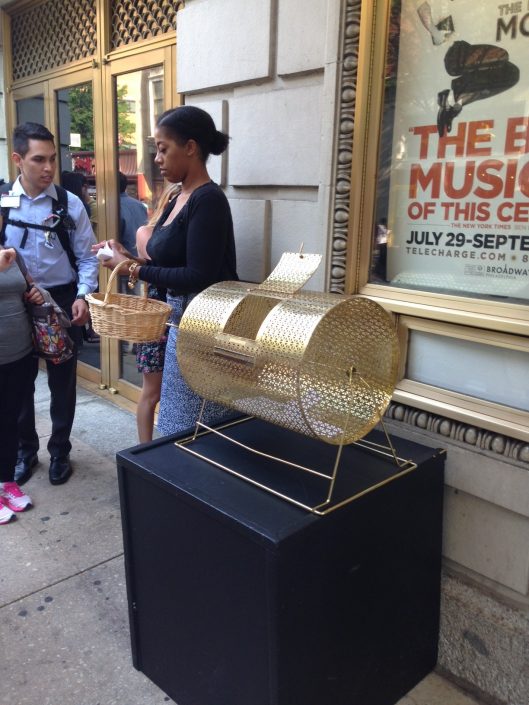 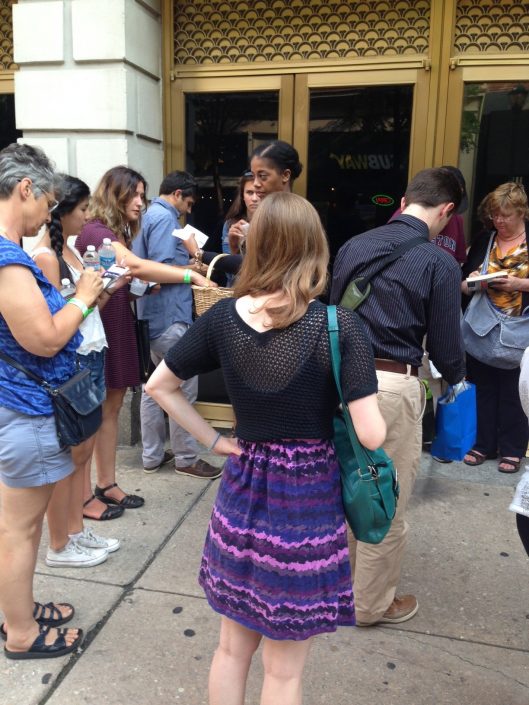 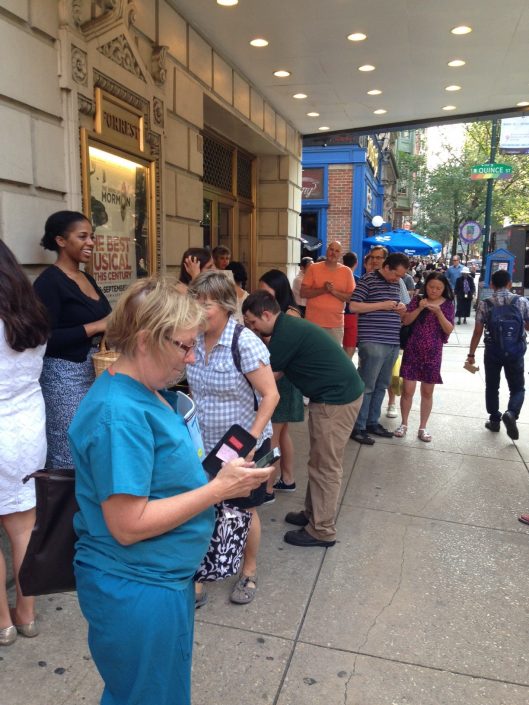 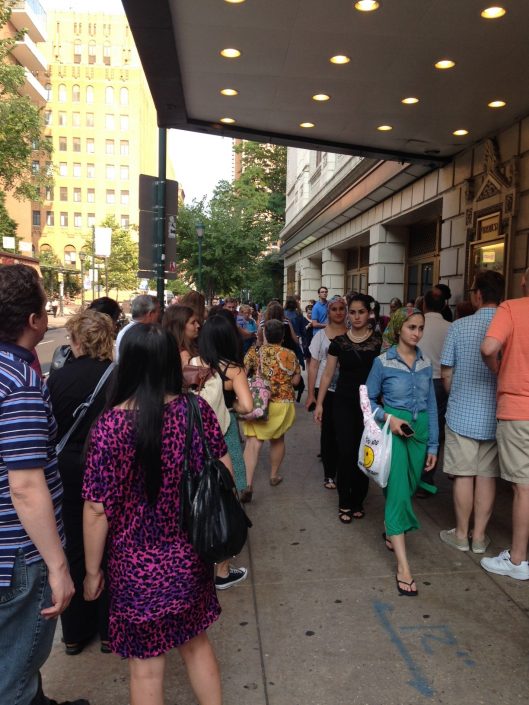 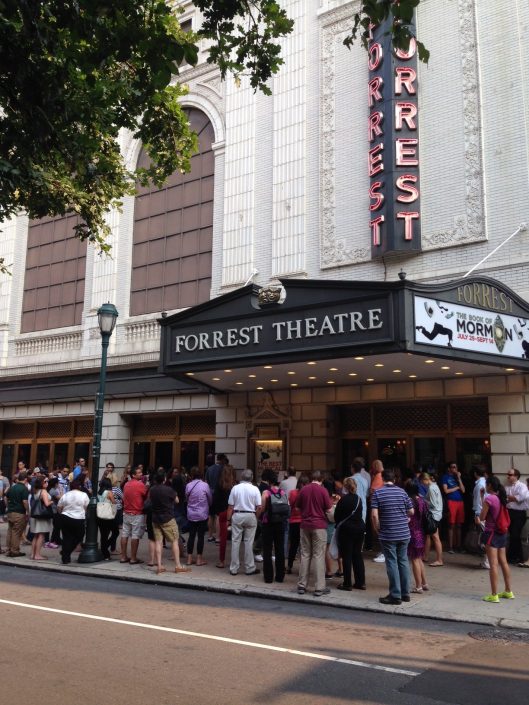 The full crowd waiting for rush ticket winners to be announced at the Forrest Theatre. 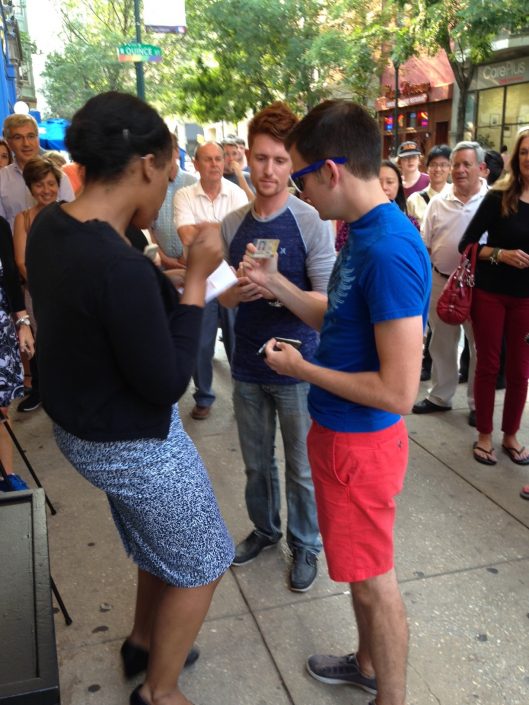 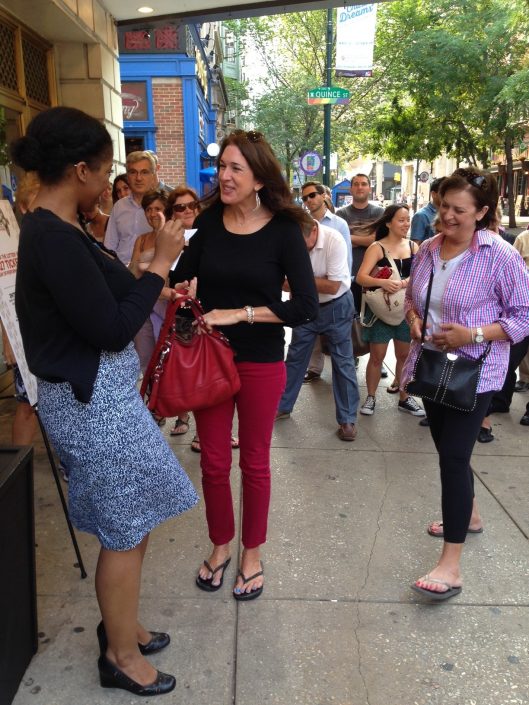 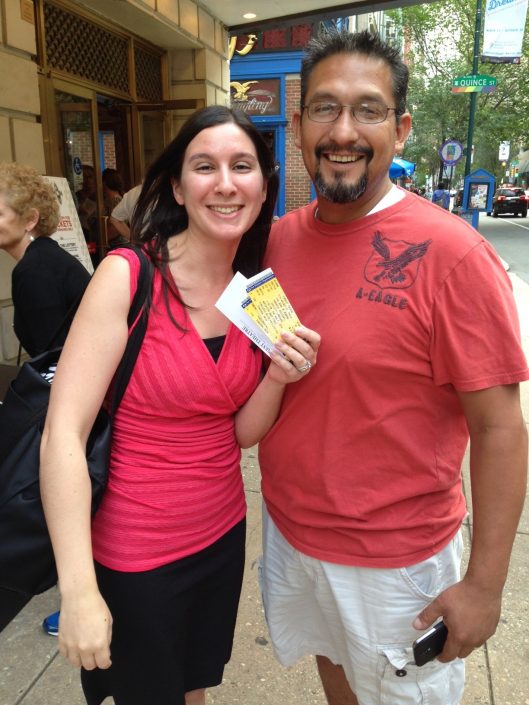 These two theater goers were super lucky to win!

For those that did not win, there’s no need to shout “Hasa Diga Eebowai” (you’ll need to see the show to get the reference) because there’s good news: it runs in Philadelphia through September 14th, and it is not sold out (despite rumors.) Every performance offers the rush ticket lottery. If you’re interested, two-and-a-half hours before curtain, show up to the Forrest Theatre and fill out an entry form. Then, two hours before the curtain, names are called. If you’re lucky, you can purchase up to two tickets for $27.