We round up this week's best events. 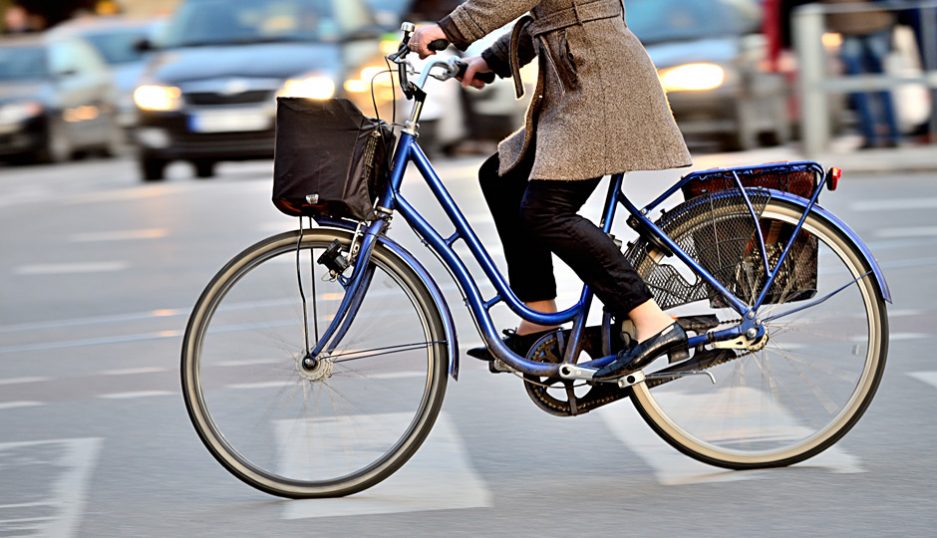 From Be Well Philly: Every month, the aptly named group Take Your Time Bicycle Rides hosts a slow-paced group ride from Rittenhouse Square Park to a fun spot somewhere in the city. This month’s ride, happening [Tuesday] evening, will end at Cantina Los Caballitos on East Passyunk Avenue, otherwise known as Margarita Heaven. Is it just me, or does a leisurely bike ride that ends with tequila kind of sound like the greatest Tuesday evening ever? The group’s monthly rides are held on the second Tuesday of each month (thanks to rain, June’s ride was pushed back to this week), and they alternate monthly from co-ed to ladies-only. Both ladies and gents are welcome to tomorrow’s ride and all you’ve got to do to join in is head to the northwest corner of Rittenhouse Square Park 6:15 p.m. with your bike and helmet. More here. 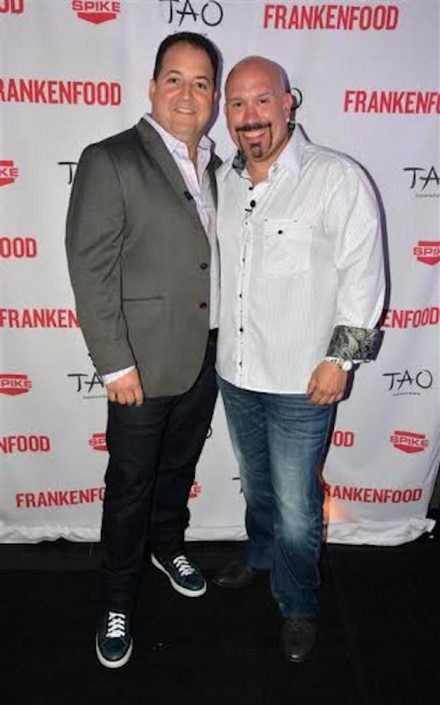 From Foobooz: Spike TV’s Frankenfood with Tony Luke Jr. is debuting on Sunday, June 22nd and to get you ready for weird food mashups, Tony Luke and company will be rolling out Frankenfood trucks this week to give people a taste. For the food truck schedule, click here. Tuesday, June 17th - Friday, June 20th, various locations. 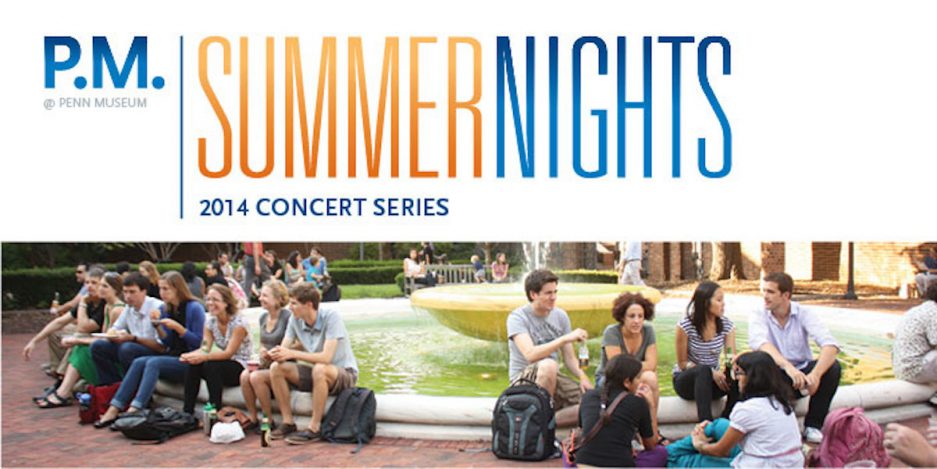 Every Wednesday night from June 18th-September 3rd, the Penn Museum will host the P.M. at Penn Museum Summer Nights Concert series. The series of outdoor concerts will be held in the museum’s Stoner Courtyard, and will feature musical stylings from a number of internationally themed performers. The concerts run from 5-8 p.m., and in celebration of the weekly series the museum will open its doors later than usual for those who might want to browse around indoors. The start of the series begins this Wednesday, with a Caribbean style performance from El Caribefunk, a Columbian group who will surely get the audience dancing with their mix of salsa and funk. Light snacks will be provided by Pepper Mill Cafe’s garden bar, and guests can sip on brews from Dogfish Head. It’s $10 for general admission, which includes admission to the museum, too. A full list of upcoming concerts can be found here. Wednesdays, June 18th-September 3rd, 5-8 p.m., $10, Penn Museum, 3620 South Street. 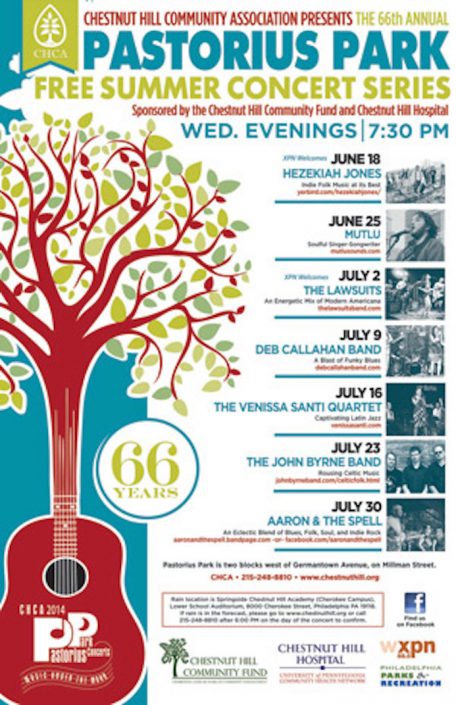 Chestnut Hill is joining the slew of outdoor concert series’ happening throughout the city this summer. Pastorius Park will host a variety of local bands every Wednesday evening, from June 18th to July 30th. For the first concert this Wednesday, Chestnut Hill will present Hezekiah Jones, a group of indie musicians based out of Philadelphia. Admission to the concerts are free and family-friendly, and guests are encouraged to bring snacks to enjoy throughout the live sets, though you could also take advantage of the area's many great restaurants before or after the show. For more information and a full lineup of the musical acts, click here. Wednesday, June 18th - July 30th, 7:30 p.m., Pastorius Park, two blocks west of Germantown Avenue, Millman Street. 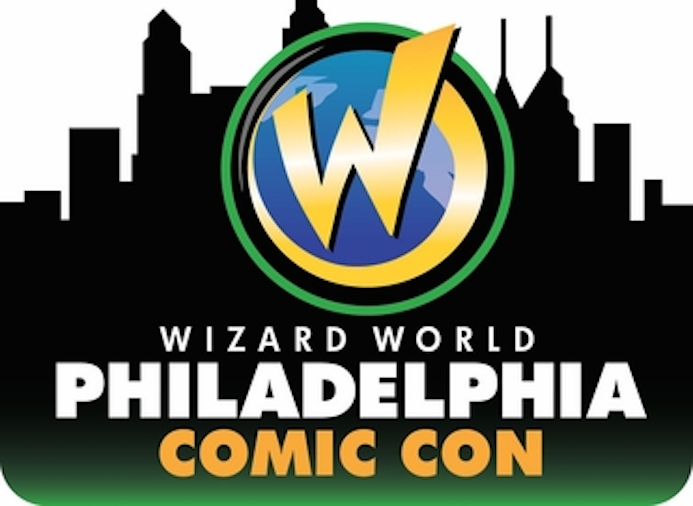 Pop culture addicts take note: Wizard World Comic Con is coming to Philadelphia. Beginning this Thursday and running through Sunday, thousands of fans will gather at the Pennsylvania Convention Center to celebrate comics, movies, television, video games, and more. There are 500+ celebrities and industry professionals scheduled to attend, including Whoopi Goldberg, Nathan Fillion, David Boreanaz, Christopher Lloyd, and Norman Reedus, to name a few. It gets better: Wizard World has teamed up with The Awesome Fest, a free and unique summer film and music series which showcases the best titles from both the independent festival and popular Hollywood circuits in the coolest venues throughout Philadelphia. Awesome Fest will kick off its summer festival at Wizard World Comic Con, their program featuring screenings of Revenge of the Nerds and The Karate Kid, as well as the premieres of several independent films. If you’re interested in getting geeky at the best genre-entertainment event around, tickets can be purchased here. Thursday, June 19th - Sunday, June 22nd, Pennsylvania Convention Center, 1101 Arch Street. 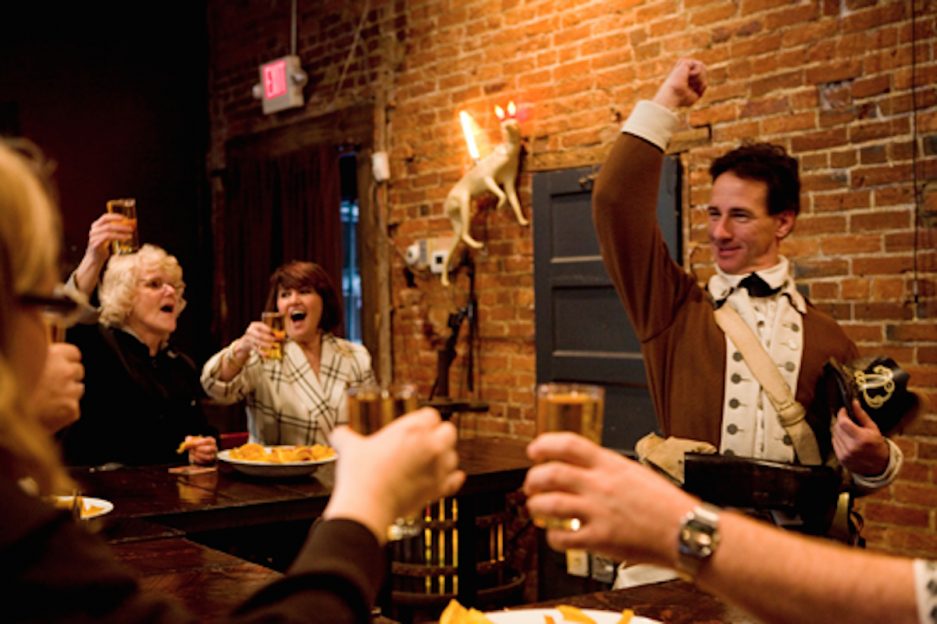 Hang with Philly’s homeboy - Dr. Benjamin Franklin - this Thursday night as you tour the streets of historic Old City and pop into several local watering holes during the Tippler's Tour. Tour goers will enjoy beers, cocktails, and snacks while hearing tales of tavern life in Colonial Philadelphia. You’ll also have the chance to toast with Ben Franklin as he joins the tour, sharing stories and chatting with pub crawlers. To satisfy your thirst for brews and history, tickets are available here. Thursday, June 19th, 5:30 p.m., $35-40, Historic Philadelphia Center, 600 Chestnut Street. 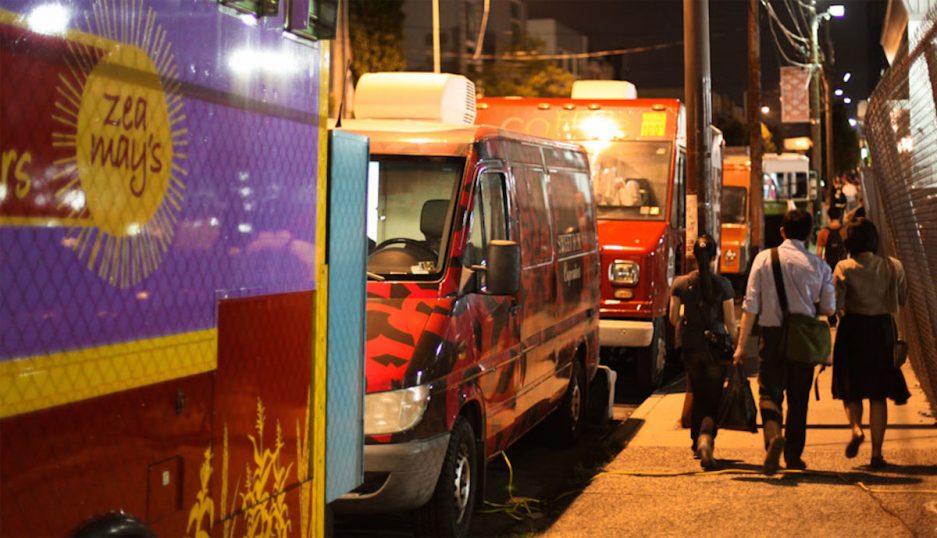 From Foobooz: Night Markets are a celebration of food, drink and neighborhood. The second Night Market, which will feature over 50 local favorite food trucks and restaurants, will be held this Thursday evening. Thursday, June 19th, 6-1o p.m., West Oak Lane. 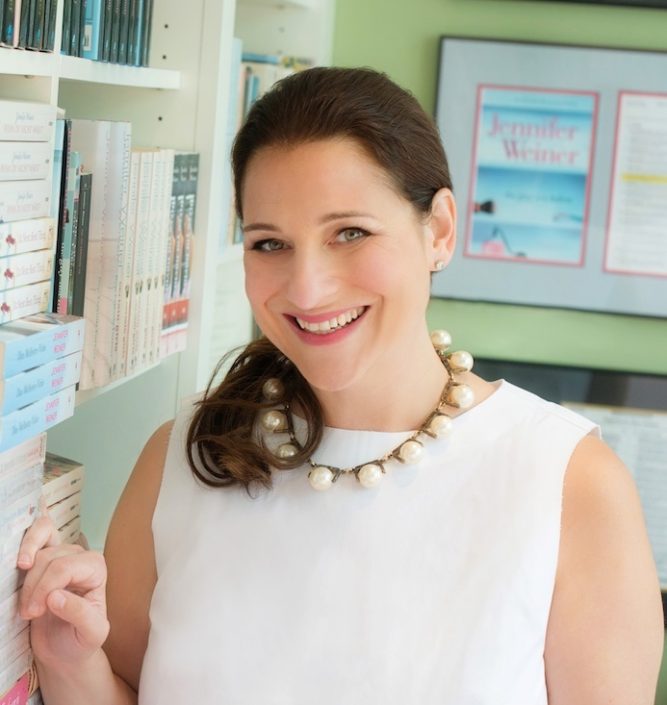 Bestselling author Jennifer Weiner at the Free Library of Philadelphia

#1 New York Times bestselling author (and Philly native!), Jennifer Weiner, will celebrate the launch of her latest novel, All Fall Down, at the Free Library of Philadelphia this Thursday. Weiner, aside from her poignant prose, is recognized for her raw humor, quick wit, and ability to spark smart conversation about the reception of contemporary women’s fiction. She has penned several wildly popular novels, including Good in Bed and In Her Shoes. Weiner will be reading from her new book on Thursday evening, as well as answering questions and signing books. The event is free and open to the public. Thursday, June 19th, 7:30 p.m., Free Library of Philadelphia, 1901 Vine Street. 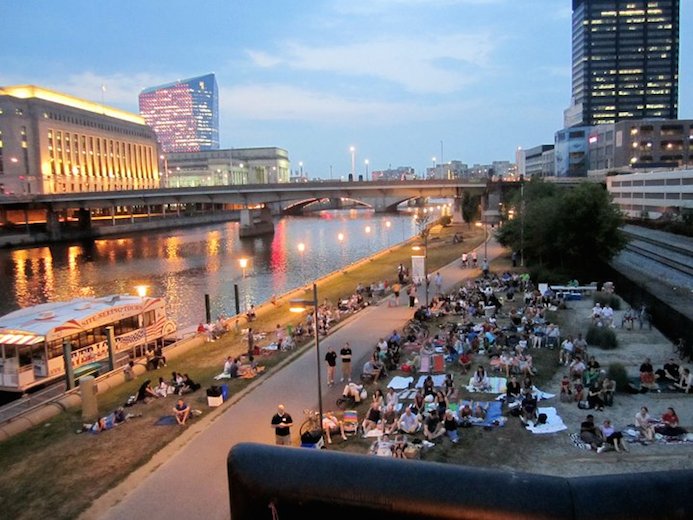 Alfresco movie screenings are a summertime staple in Philadelphia, and Schuylkill Banks is one of our favorite locations to enjoy movies under the stars. This Thursday, head to Grays Ferry Crescent to enjoy a free screening of Despicable Me 2. All movies begin at dusk - between 7:45 and 8:30 - but arrive early to get a good spot and enjoy free snacks and beverages, and to enter a free raffle. For more information on Schuylkill Bank’s Movie Nights, which are held throughout the summer in several locations, click here. Thursday, June 19th, between 7:45-8:30 p.m., Grays Ferry Crescent, at the Schuylkill River and Wharton Street. 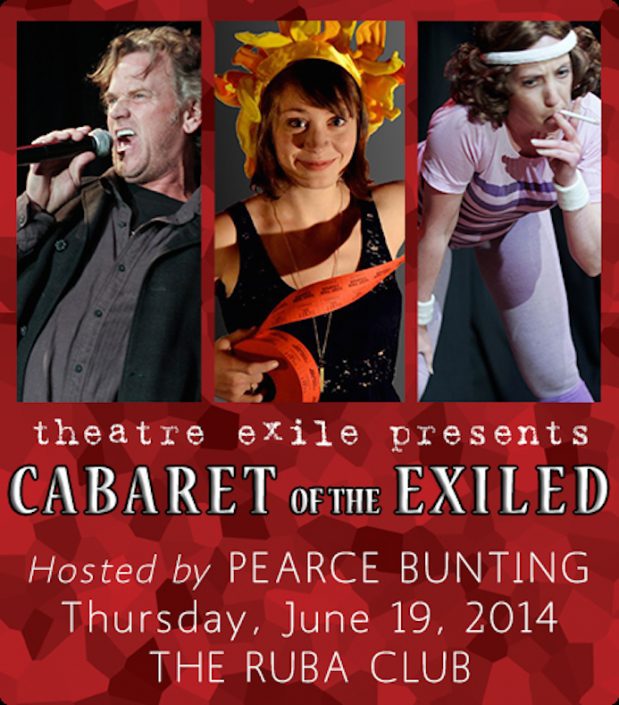 This Thursday night Theatre Exile will host its annual fundraiser Cabaret of the Exiled. The evening of riveting performances will star the many actors and artists who have graced the Exile stages over the last 17 years, with a few surprise acts and special guest stars. The event - which supports the company’s work - will be hosted by Pearce Bunting of Boardwalk Empire, who was a hit in his recent performance as Ulysses in Theatre Exile’s critically acclaimed Annapurna. Musical performances and skits will feature Exile favorites, such as Christopher Colucci, Daniel Perelstein, John Jarboe, and more. The evening will include live music, standup comedy, food, and some great silent auction packages. Tickets can be purchased online. Thursday, June 19th, 8 p.m., $25-$100, The Ruba Club, 414 Green Street.