Eagles players talked about the Snow Bowl and raised funds for CHOP. With only 14 shopping days left until Christmas, my days are packed with attending joyous holiday parties. Last night I attended the DeMeco Ryans Foundation and The Honigman Group’s annual Holiday Happy Hour at Opa restaurant (1311 Sansom Street) benefiting The Children’s Hospital of Philadelphia. 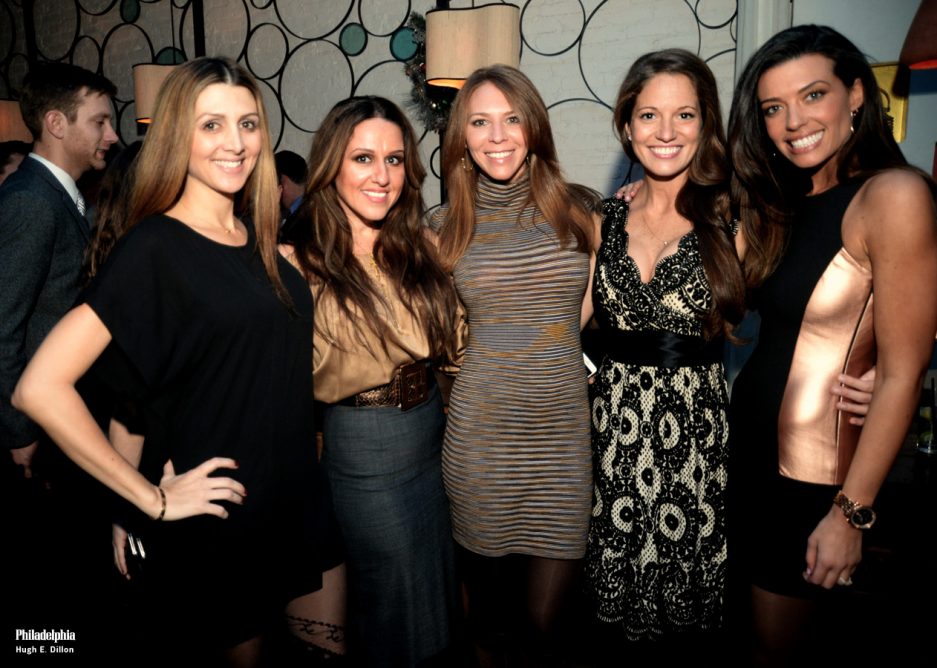 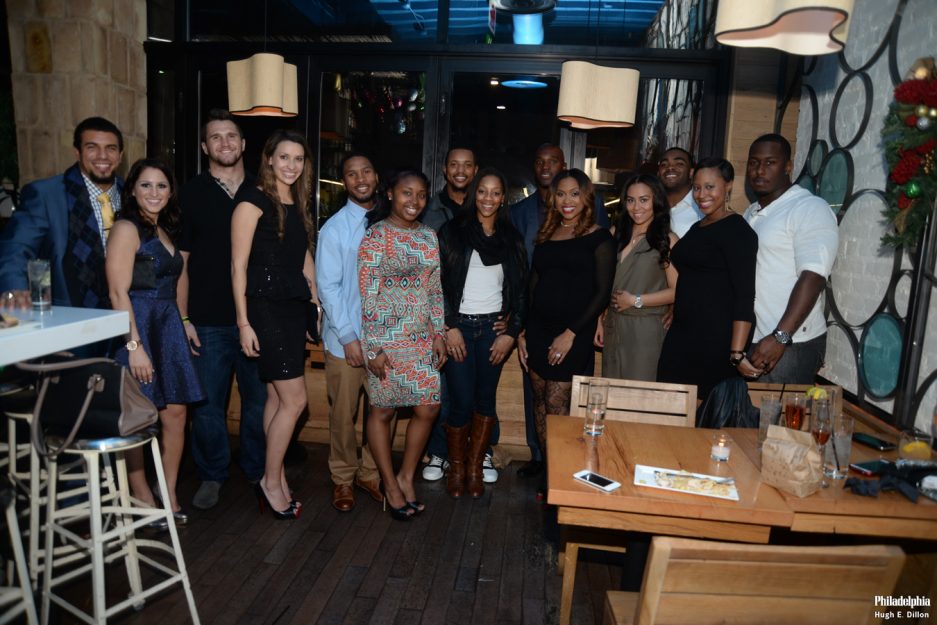 DeMeco and Jamila Ryans (third couple from the right) and their friends, Philadelphia Eagles players (men, from left) Kurt Coleman, Casey Matthews, Damaris Johnson, Najee Goode, Brandon Graham and Damion Square, and their ladies (from left) Laura Roberts, Alyssa Matthews, Chaman Jones, Naja Johnson, Carlyne Williams and Brandi Square. The Eagles told me the #Snowbowl was an amazing moment in their careers. All of them were surprised by the snowstorm, and by halftime they realized it wasn't going to stop. To take precautions against injuries, they put on cleats with extra long spikes to deal with the slippery snow and ice. After the game many of the players hit the hot tub in the locker room to warm up or took long hot showers to thaw. A few went out for hot toddies to celebrate. 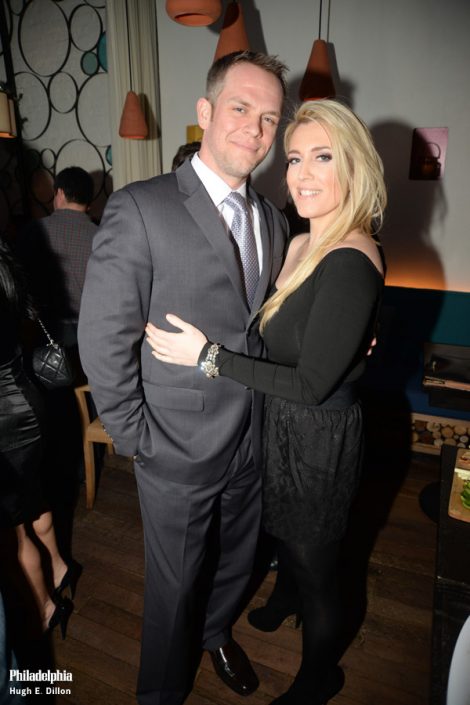 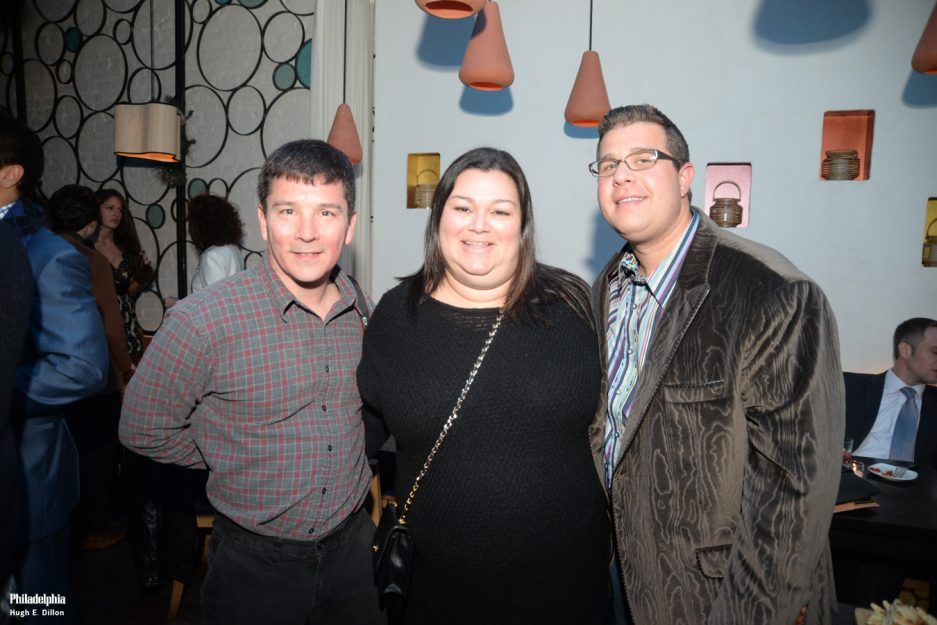 From left: Mike Hirata and Lynsie and Evan Solomon. Lynsie wants you all to come out to the "Donors Are Heroes Shopping Night" on Chestnut Street between 17th & 18th streets on December 11th from 6 p.m. to 8 p.m. Kick-off cocktail party is at Knit Wit at 6 p.m. and the ater-party is at Ocean Prime. 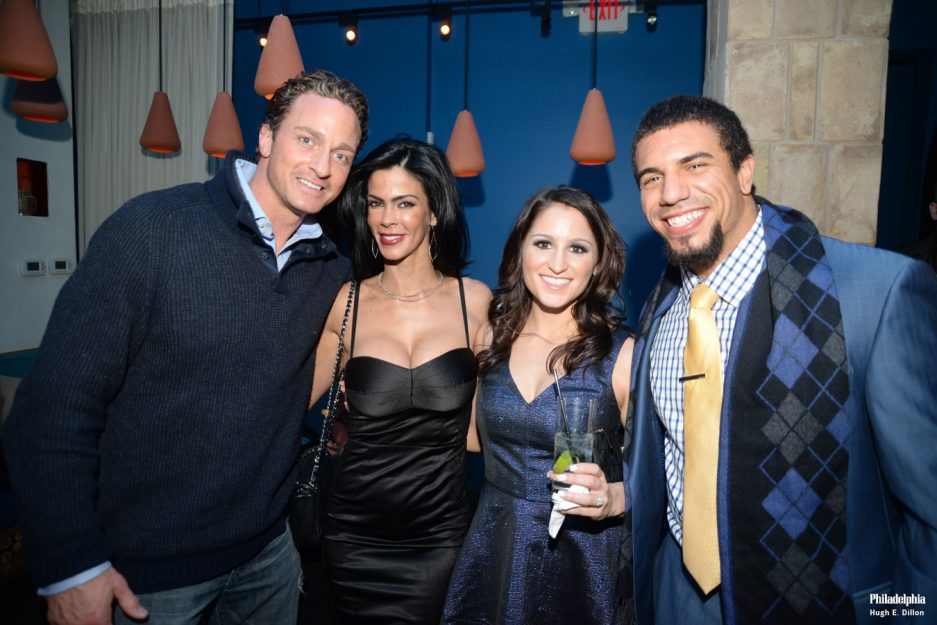 From left: Jeff Kellmer of Kellmer Jewelers and Marilyn Kellmer of Sun Myst Tanning with Laura Roberts and fiancé Kurt Coleman. You might recognize Roberts as it was at her bachelorette party in October that sad, sad Drake was photographed. 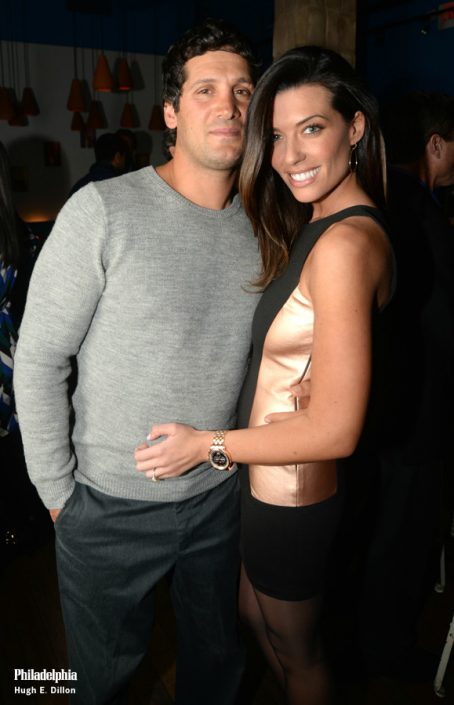 Congratulations to Carl Rossi and Christie Honigman on their engagement over the weekend. 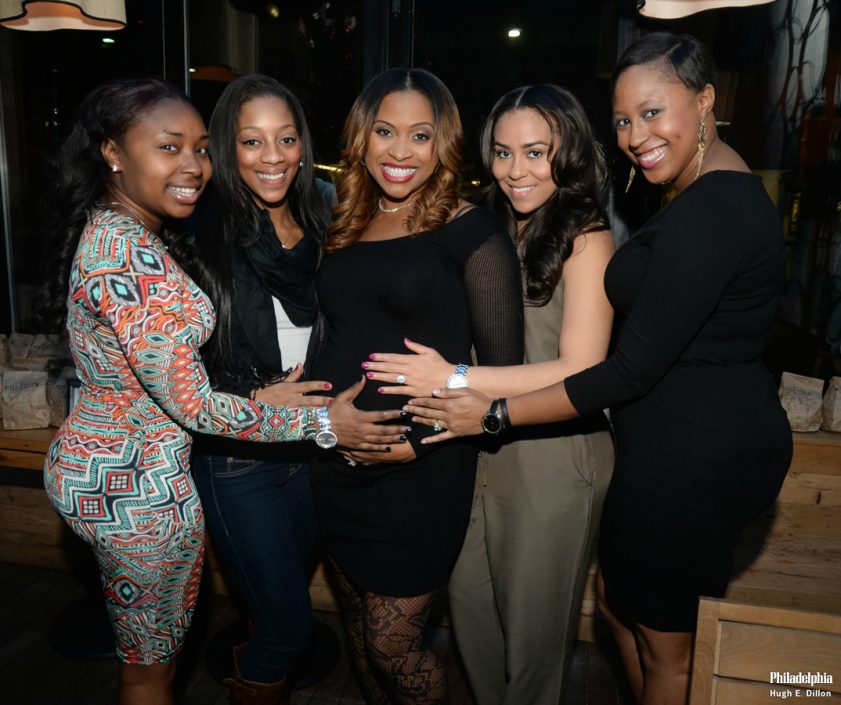 Congratulations are also in order for Jamila Ryans (center) as she and Demeco are expecting a baby in April. With her are, from left, Chaman Jones, Naja Johnson, Carlyne Williams and Brandi Square. 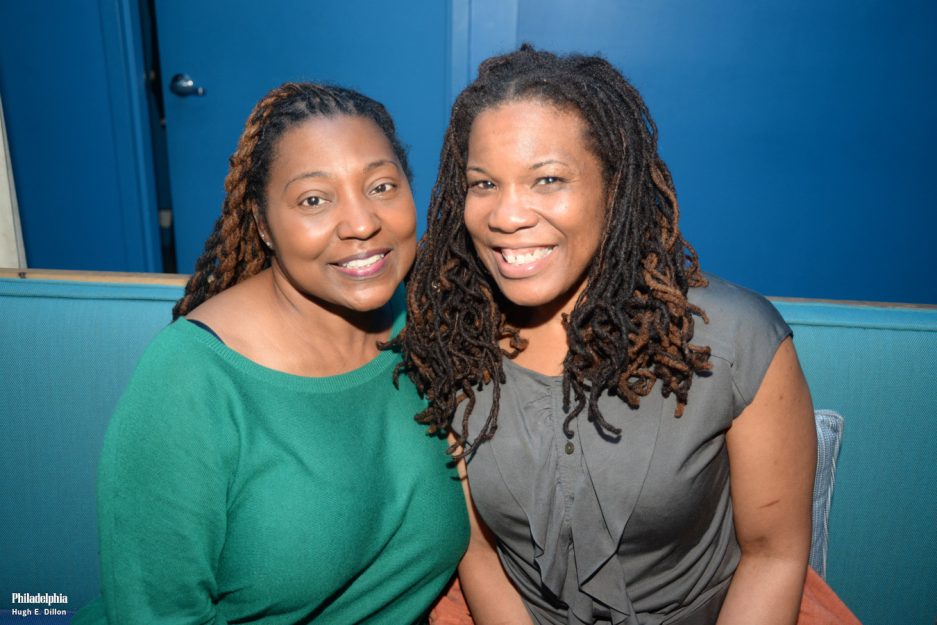 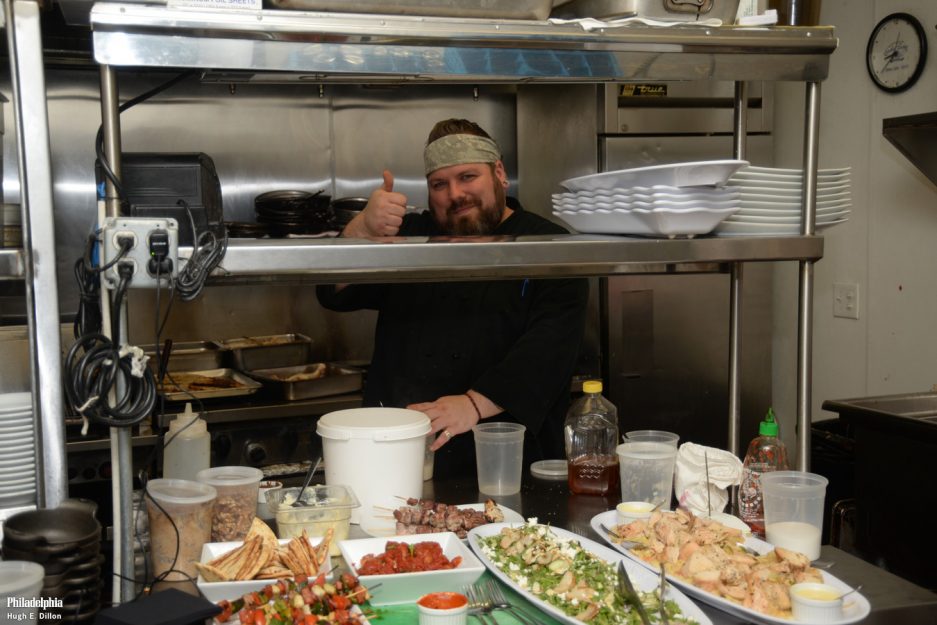 Chef James Wells was busy in the kitchen preparing meatballs, mini gyros, flatbreads, spread pikilia, calamari and the most delicious salmon dish I've had of late. 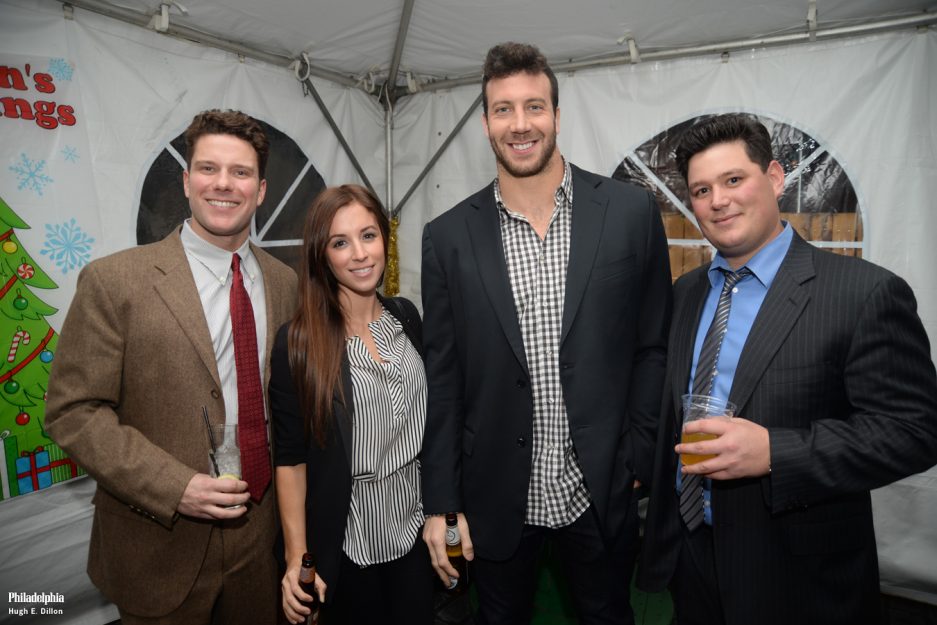 From left: Joe Chiarantona, sales representative at Arthrex/Liberty Surgical, Laura Buscher, Connor Barwin (he might have a tattoo of Detroit on his bicep, but Connor tells me he is enjoying his new hometown of Philly and loves Center City restaurants, especially Fitler Dining Room) and Matt Tiagwad, business development executive at Conner Strong & Buckelew. 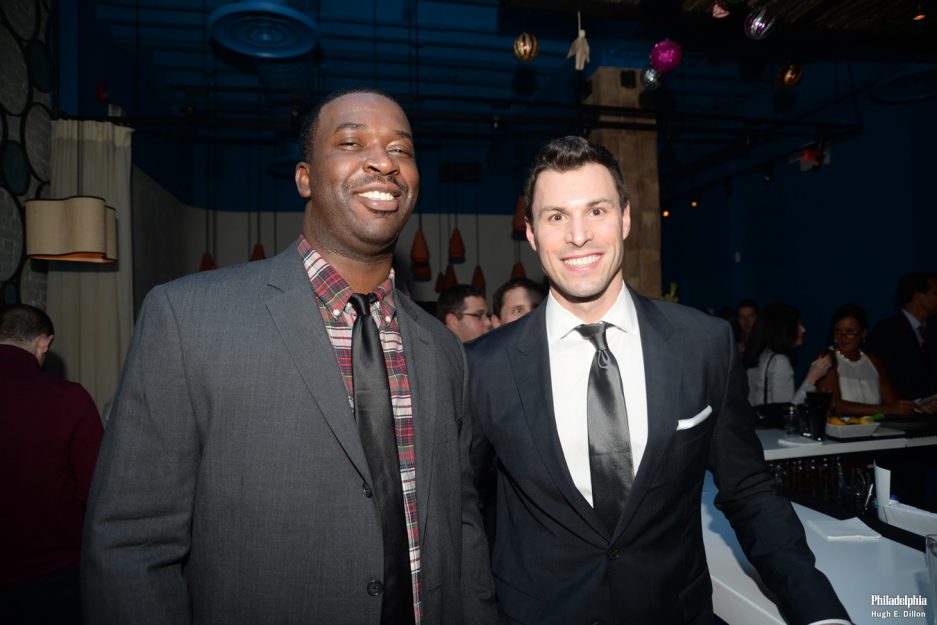 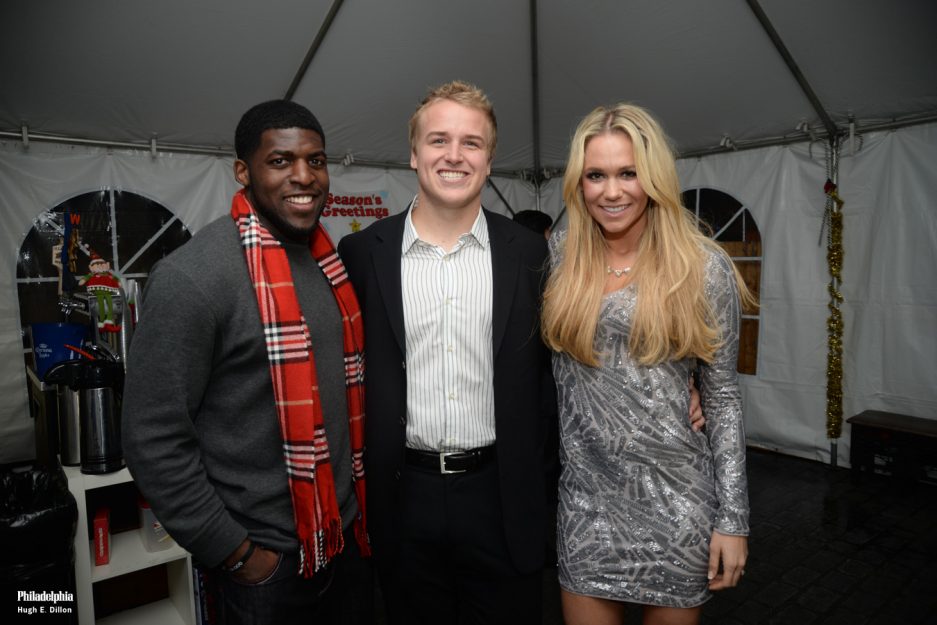 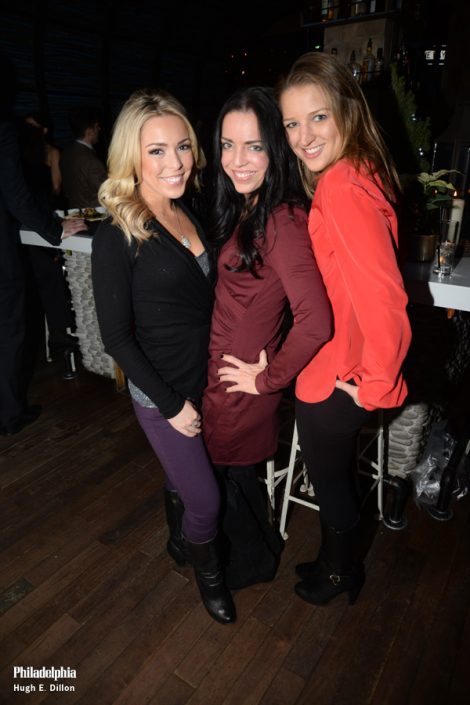 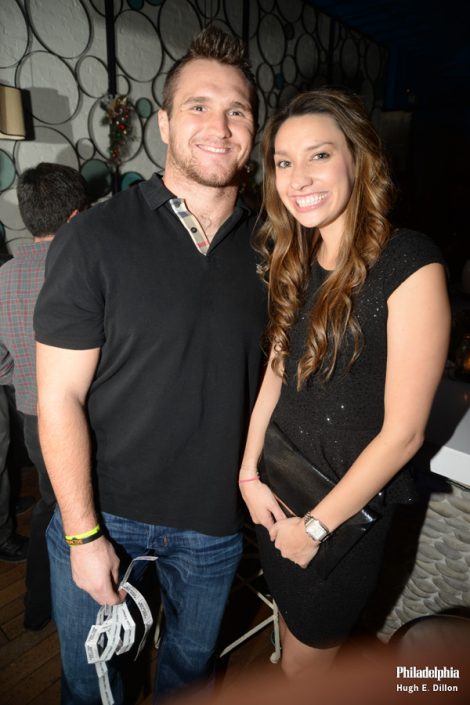 Casey and Alyssa Matthews are high school sweethearts whose first official date was his senior prom. They just celebrated their first anniversary of wedded bliss in July.