The 134th annual ball raised funds for the Gesu School and sought to inspire young Philadelphians toward philanthropy. The 134th Philadelphia Charity Ball (PCB) took place at the Bellevue at the Hyatt Hotel in Philadelphia on Friday, November 29th. The Charity Ball’s mission is to raise funds for non-profit organizations focused on youth in Philadelphia (this year it raised money for the Gesu School) and to inspire the young people of Philadelphia to make philanthropy a central part of their lives. 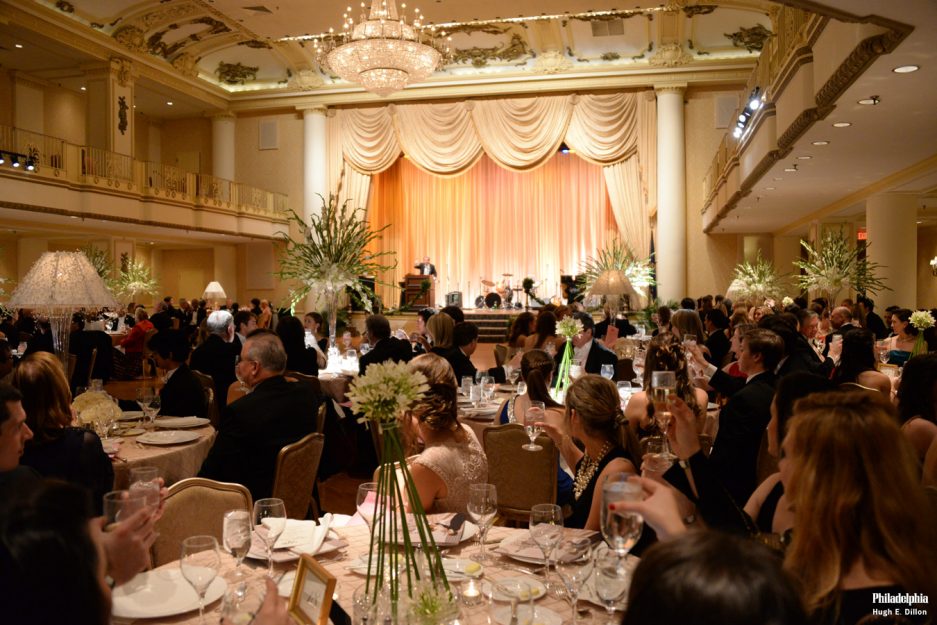 The evening began with a cocktail reception in the Red & Clover Room, then dinner was served in the Grand Ballroom. The Ball began at 9:30 p.m. 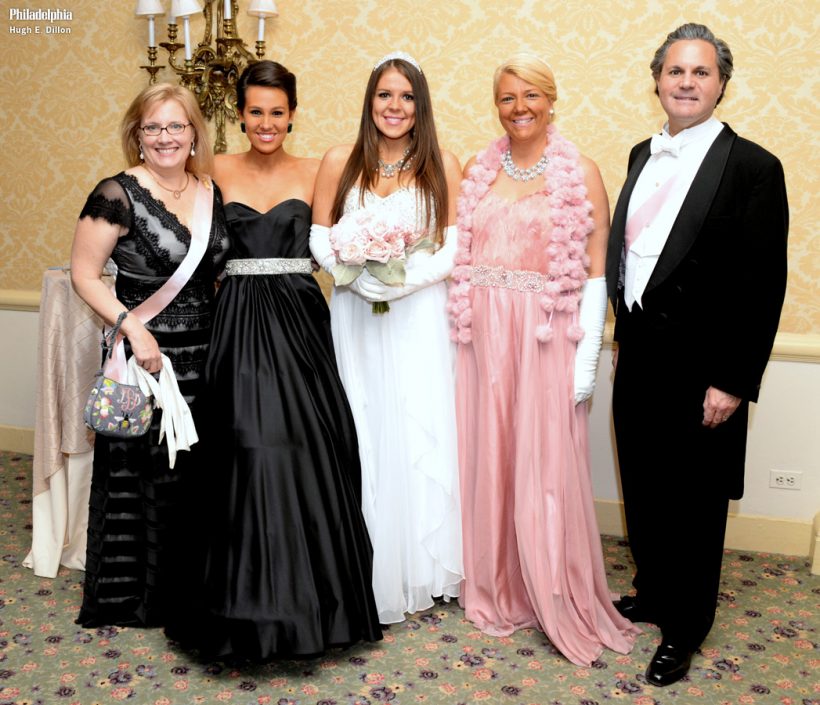 This year there were four young ladies making their formal presentation at the Charity Ball, Miss Paige Alexandra Fox (center) is here with, from left, Lydia D. Butcher, director of the PCB, Chloë Fox, Christina Fox and Michael J. Tierney, president of the PCB. 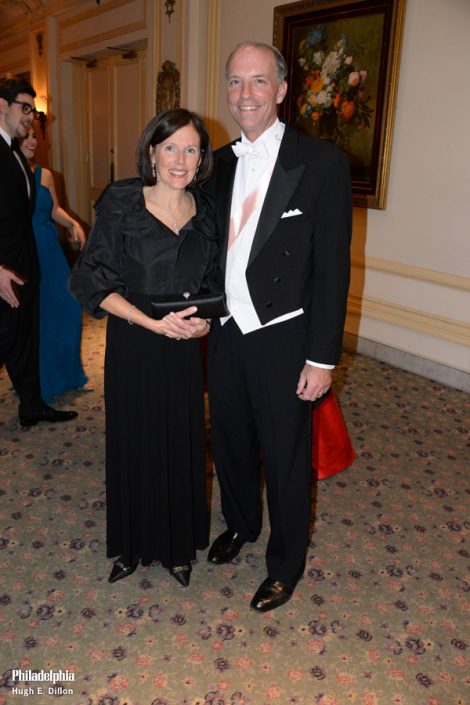 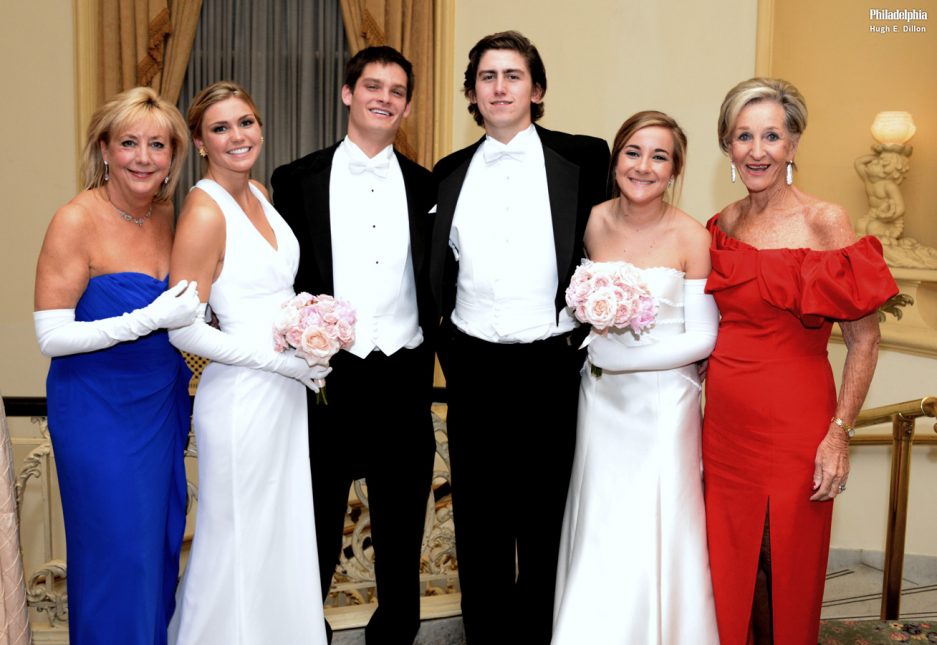 There were also several young men and women on the PCB committee. From left, Patrice Aitken is here with her daughter Schuyler Inglis Aitken and George Ortlieb, Garrett Walling, Lyndsey Reder and Carol Tintle. Schuyler and Lyndsey served on the Young Ladies' Committee. 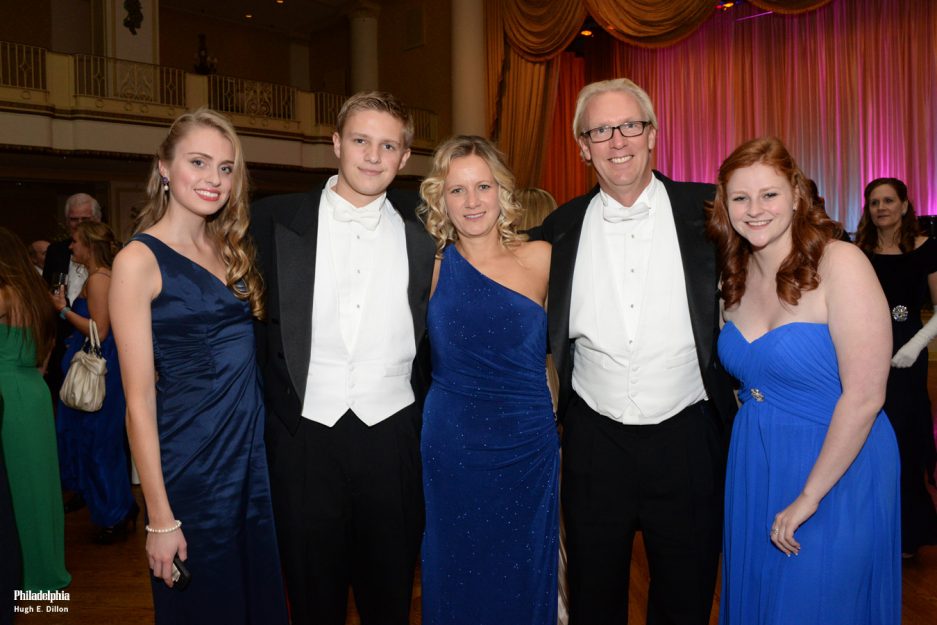 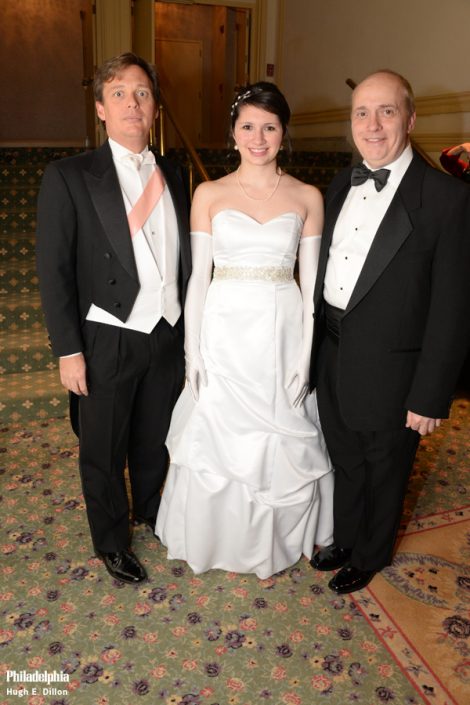 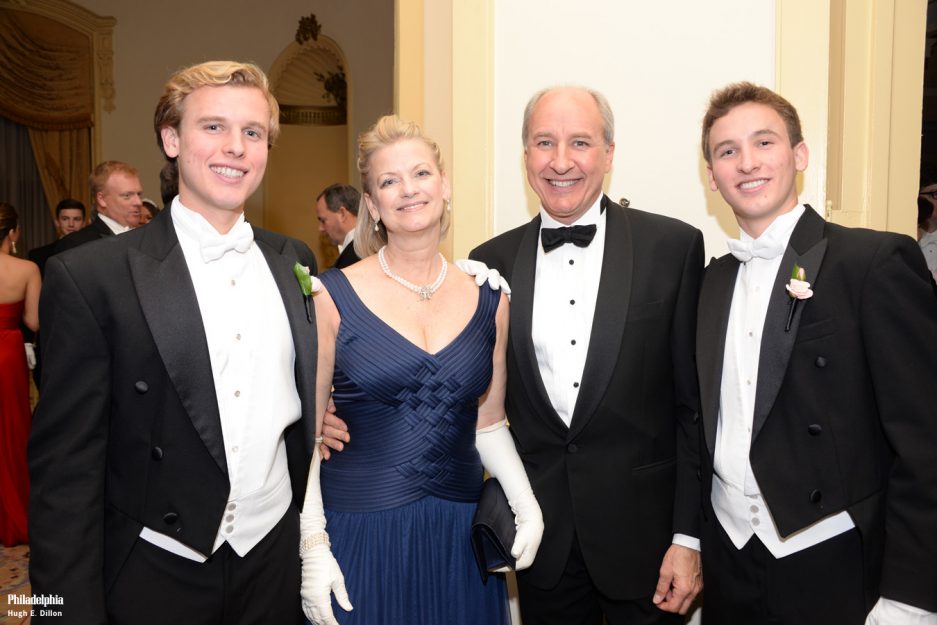 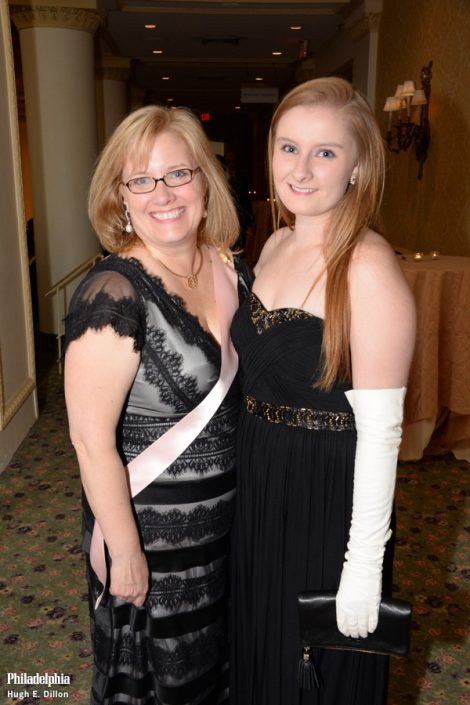 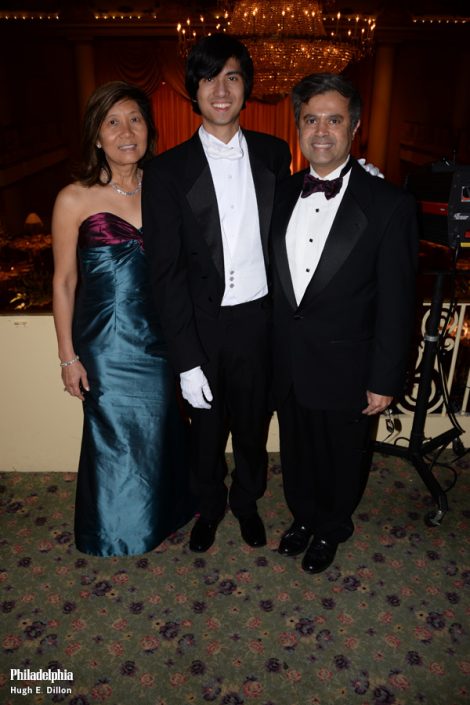 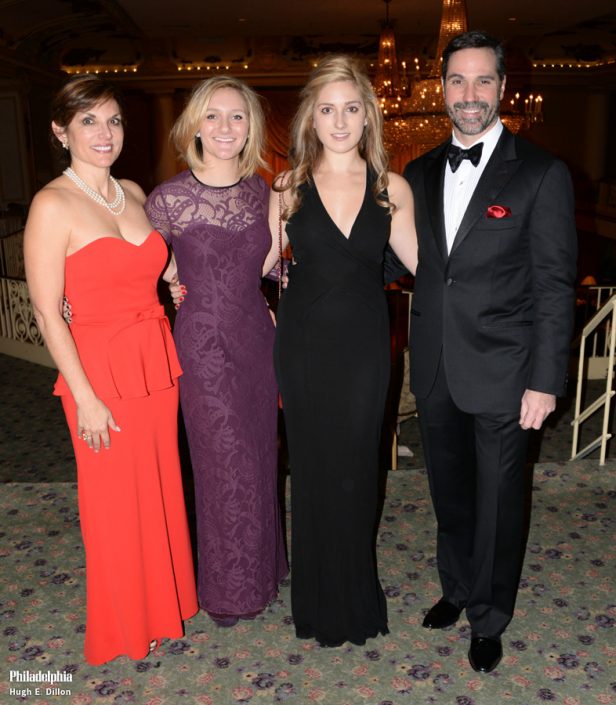 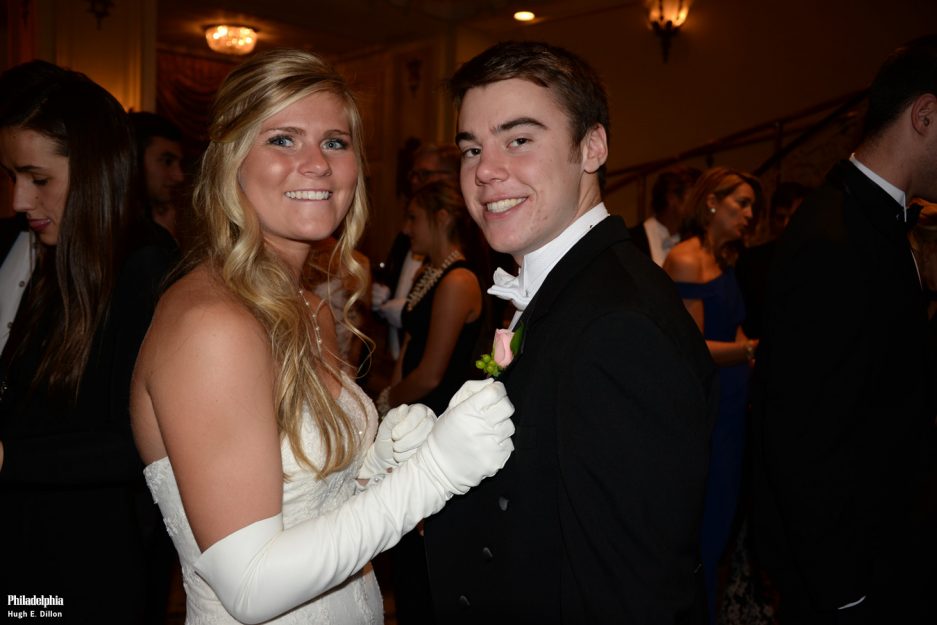 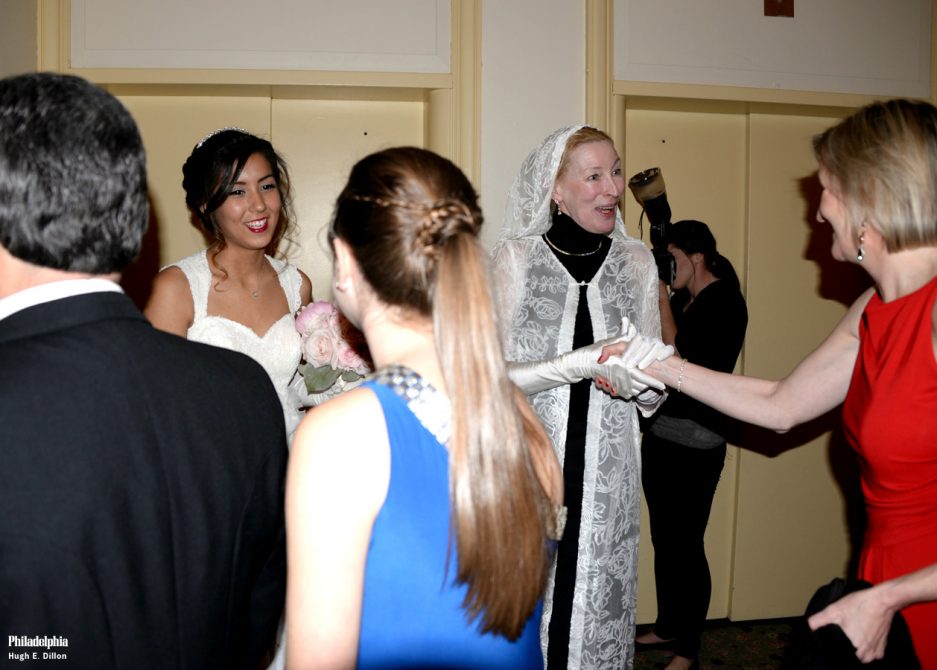 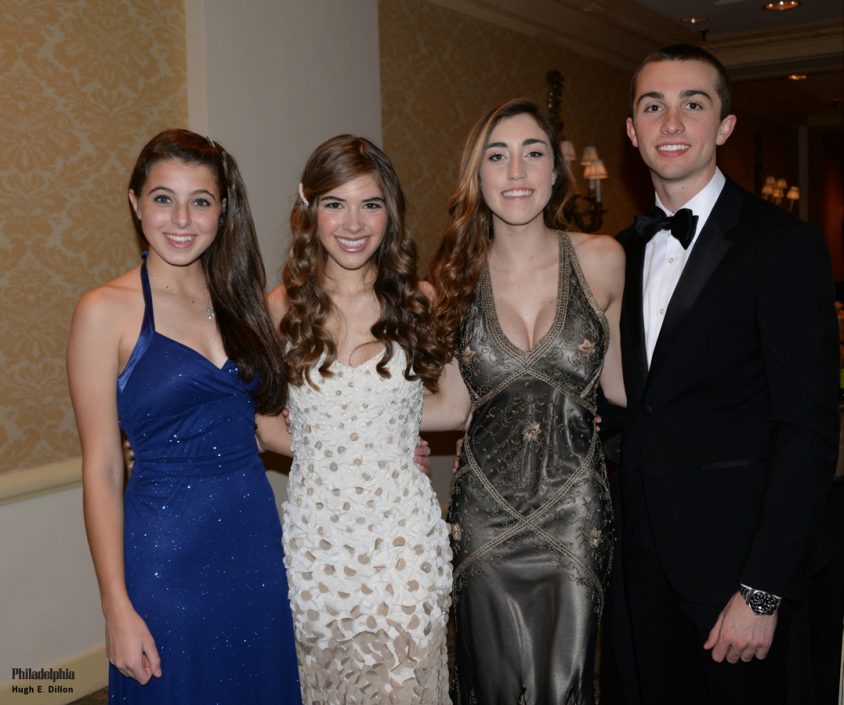 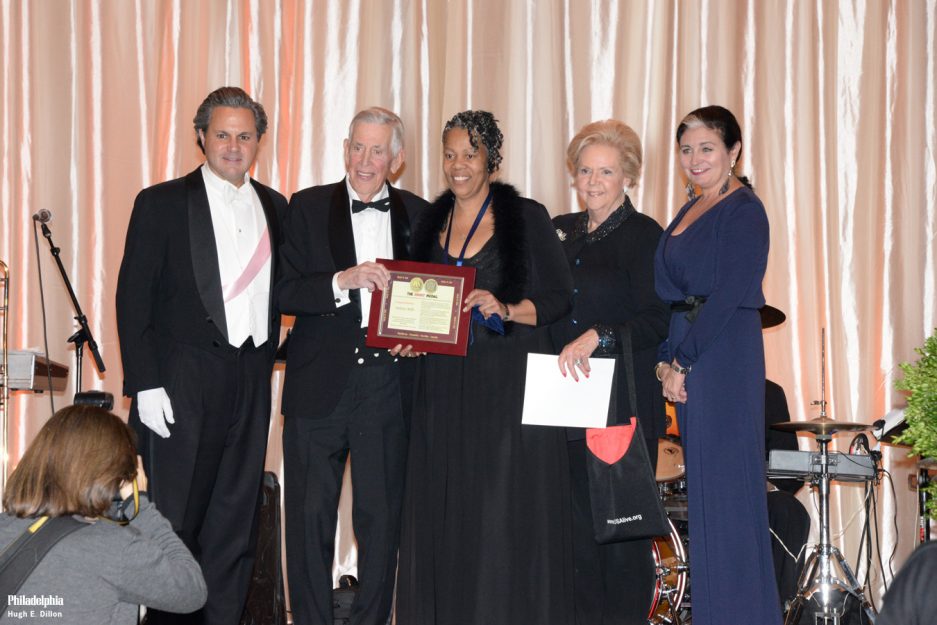 Delores Mills (center) receives the Jimmy Medal. The Jimmy Medal is an award given to a deserving individual who makes a positive difference in the lives of others and embodies the spirit of: resiliency, loyalty, humility and empathy. Since 2004, Mills has provided a loving home for more than 20 teenage girls, adopted one and sheltered two teen mothers. Her passion is to advocate for “her girls.” 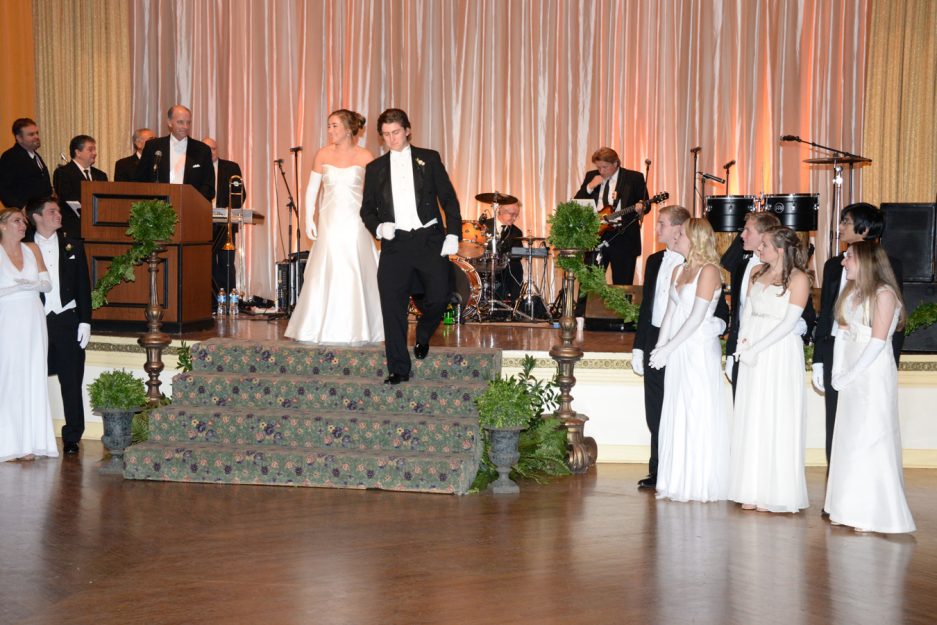 At 9:30 the ball begins. First the Young Ladies' Committee is introduced escorted by a Young Men’s Committee member. Then The four debutantes and their escorts are introduced officially. 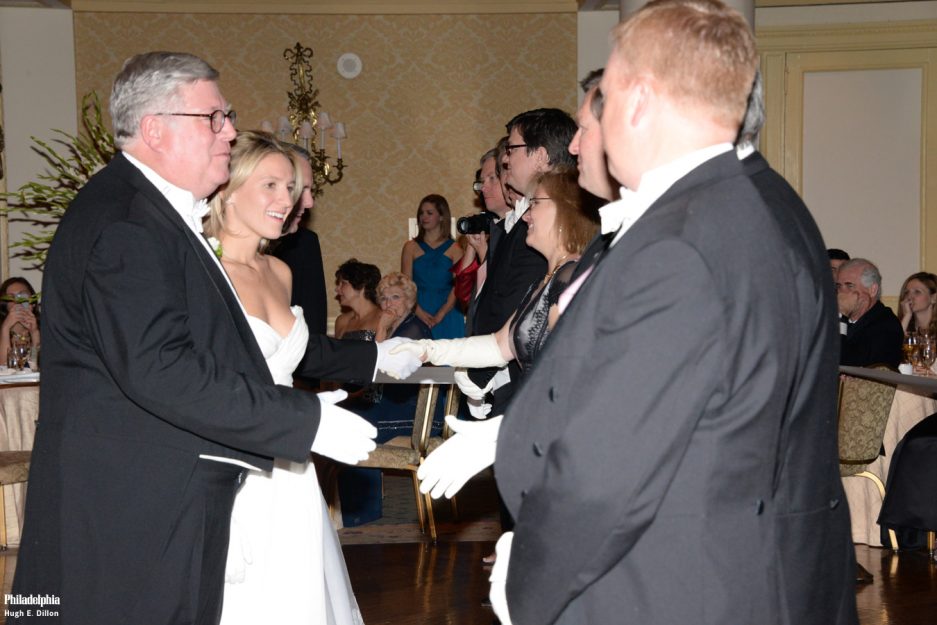 The greeting line of the debutantes with their fathers. They are "officially" meeting the Philadelphia Charity Ball directors. 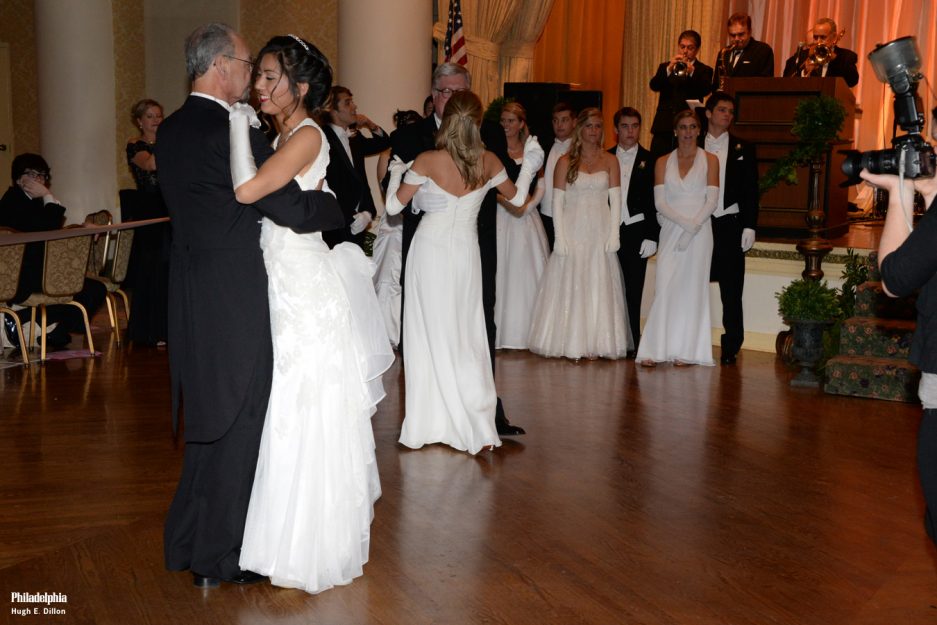 After which the debutantes dance with their fathers as the committee members look on. 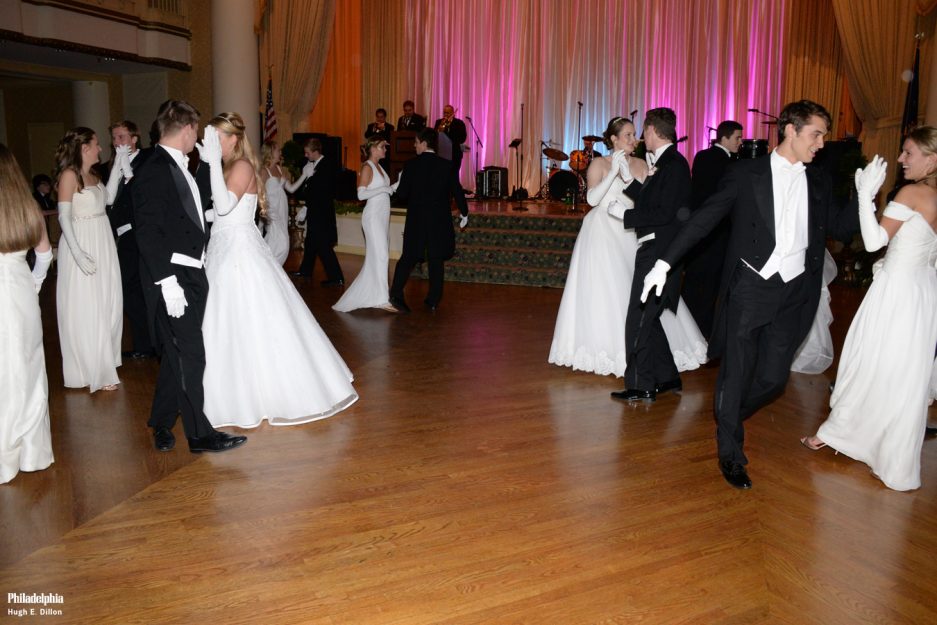 Then the debutantes, their escorts and all the committee members dance. When they're done, the floor is open for all guests, who then danced to Jellyroll until breakfast was served near midnight.