Young Friends of the Academy of Music’s Monsters Ball The Young Friends of the Academy of Music held their annual Monster’s Ball on Wednesday night at Pennsylvania Six (114 South 12th Street). Proceeds from the event go to the Academy of Music Restoration Fund. This year the Academy’s 157th Anniversary Ball and concert will be held on Saturday, January 25th, 2014, with the Philadelphia Orchestra and special guest singer Jill Scott.

The Young Friends of the Academy of Music's Monster's Ball 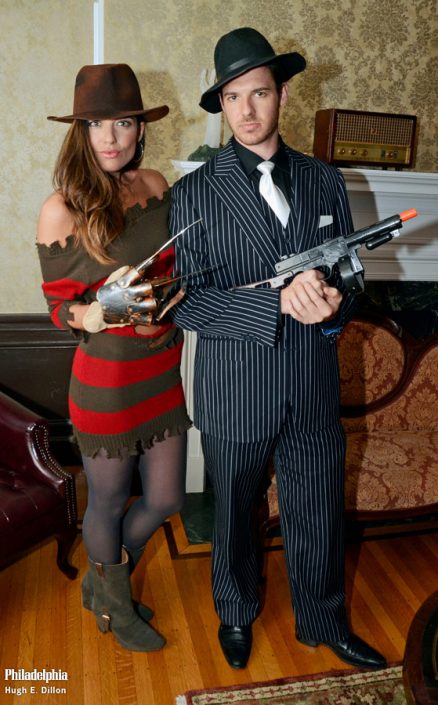 Co-chairs for the Young Friends this year were Christie Honigman of the Honigman Group (who organized the party) and Brian Lipstein of Henry A. Davidsen Master Tailors and Image Consultants. 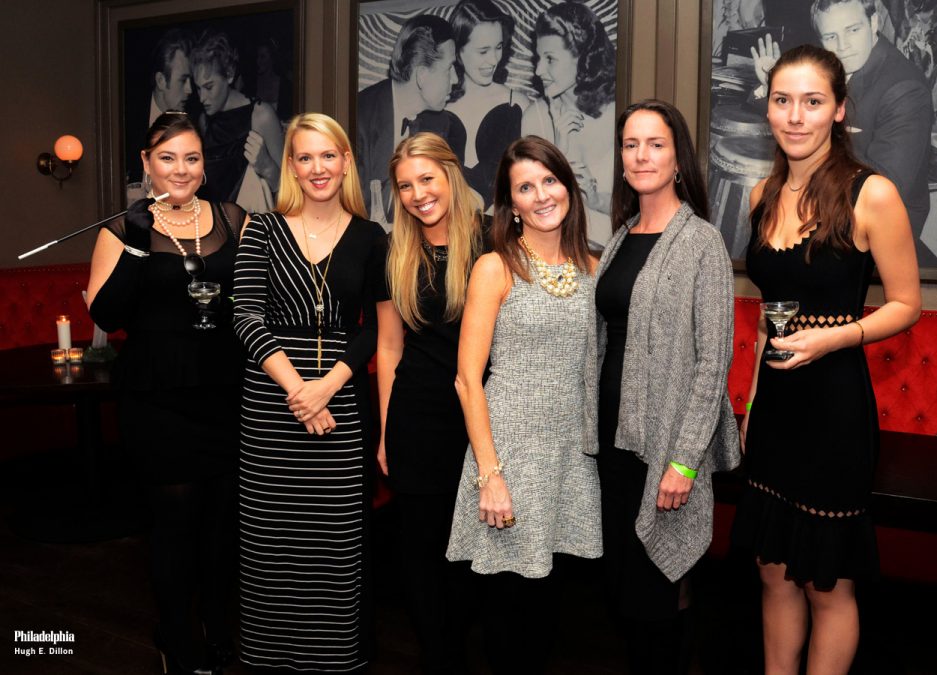 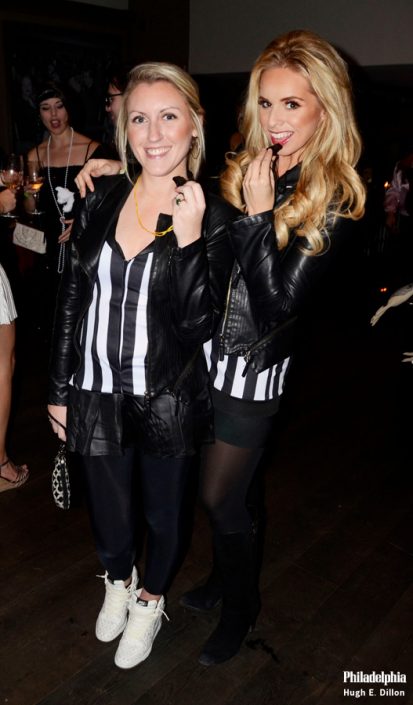 From left: Philly.com's Mare McKeever and MC for the evening Maria Papadakis of the Young Friends Committee. 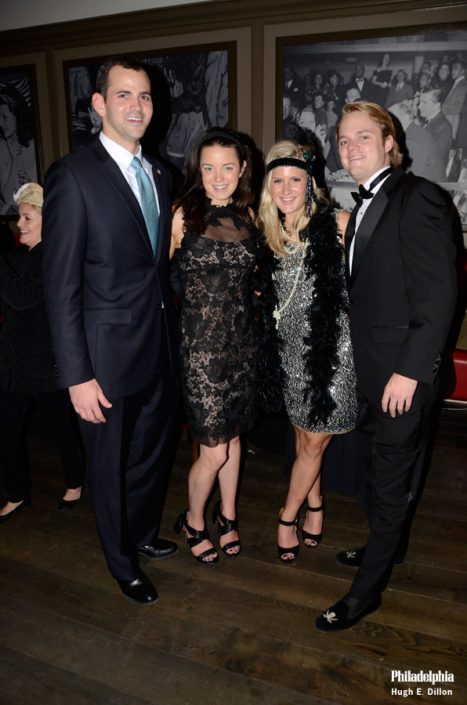 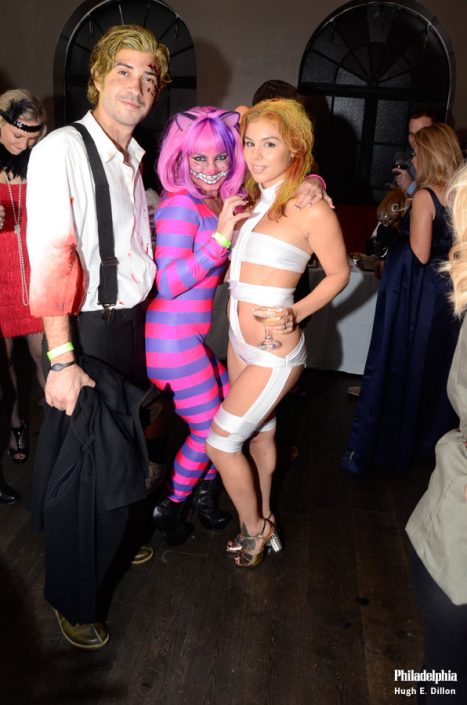 From left: Rocco (who declined to give a last name), Jen Bisicchia and Ali Ciotto. 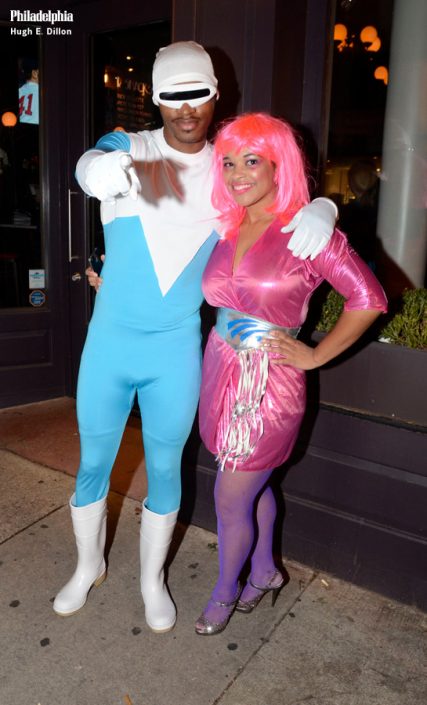 Kyree Terrell, who is in great shape to pull off that costume, with Kristyn Aldrich, Young Friends committee member 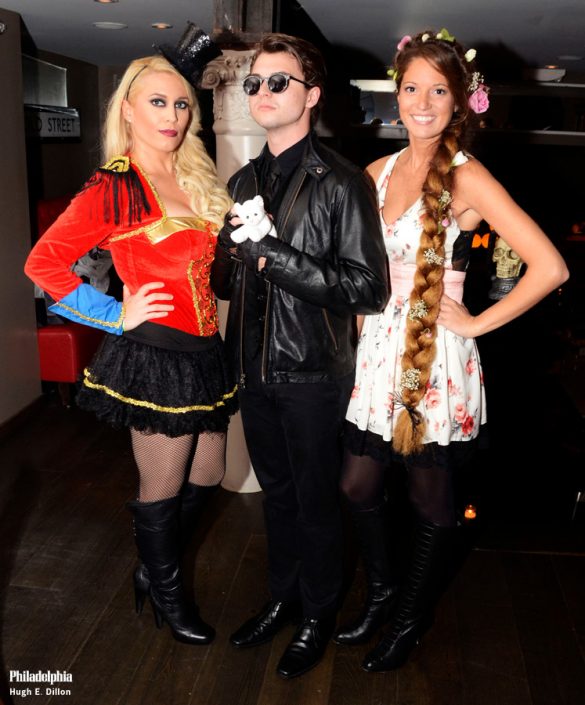 Who needs to be tamed? From left: Ring master Katie Griffin, casting producer, can do the job. Ian Michael Crumm, fashion blogger (he's channeling a young Karl Lagerfeld and his cat, Choupette. He tweeted a photo to Choupette, who has his own account, and the cat retweeted him). And Rapunzel Katie English, a PR professional. 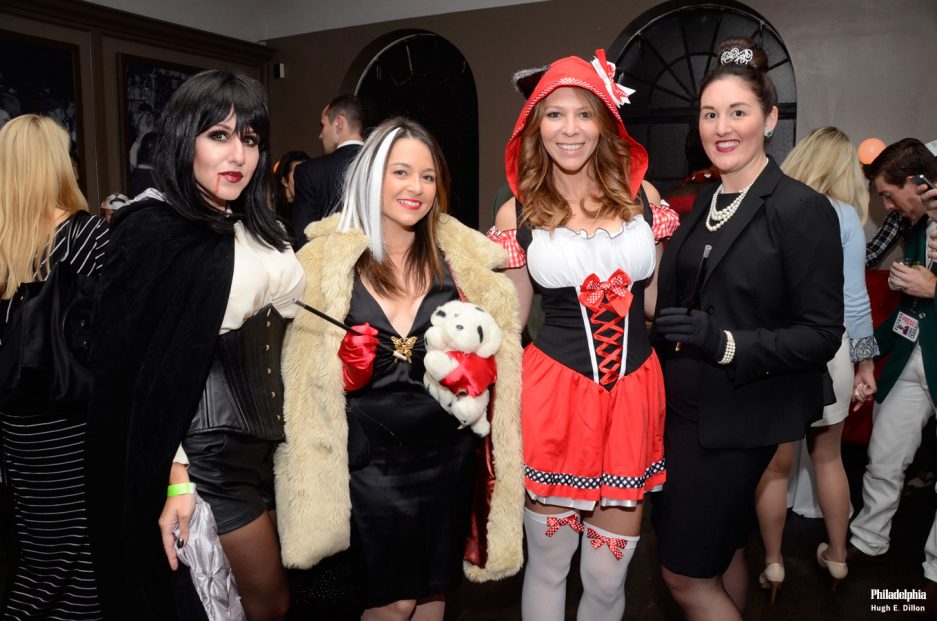 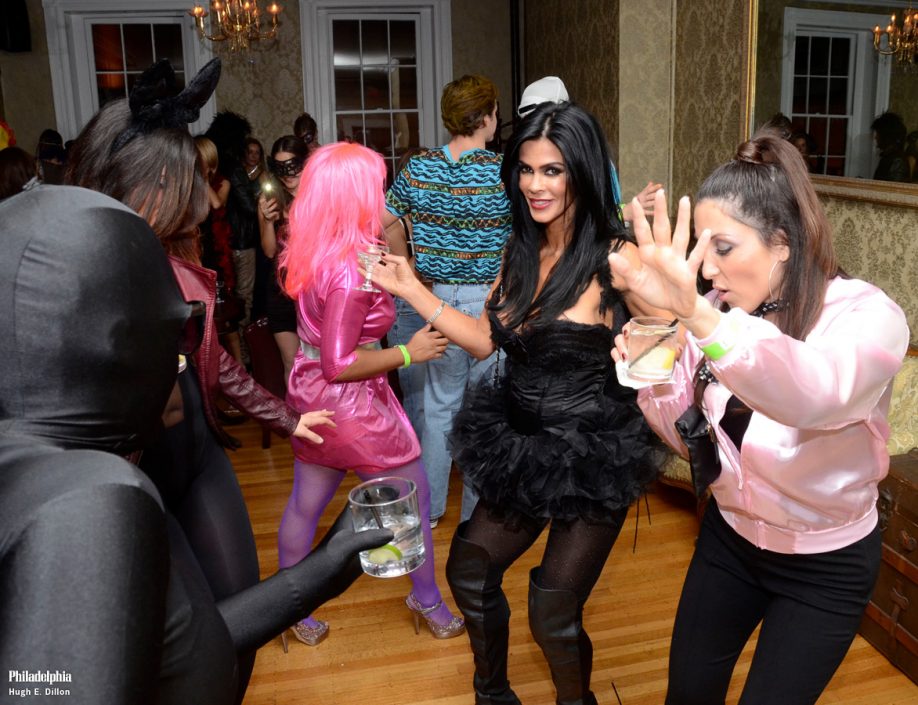 One of the sponsors of the evening, Marilyn Kellmer of Sun Myst Tanning Salon (124 S 16th St.), tears up the floor to the sounds provided by DJ Cosmo Baker. 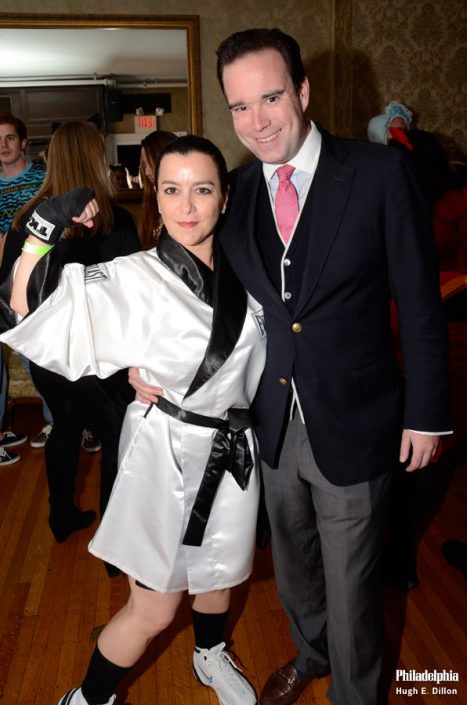 From left: Dana Spain is up for a good fight for the mayor's office in 2015, but right now she's focusing on her friend Terry Tracy's run for Philadelphia Controller. The election is next Tuesday, November 5th. 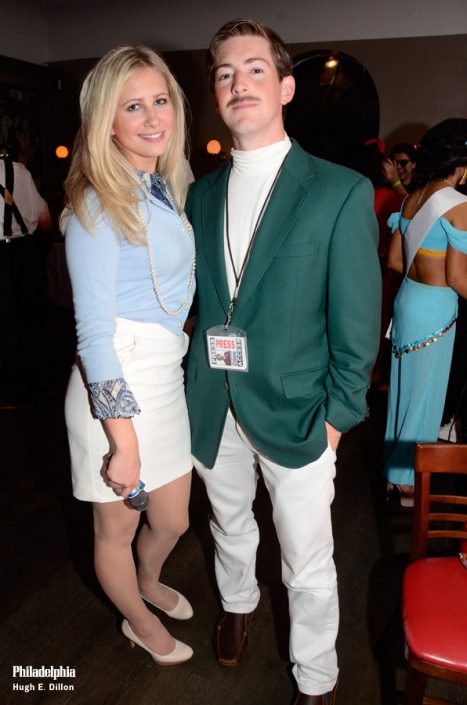 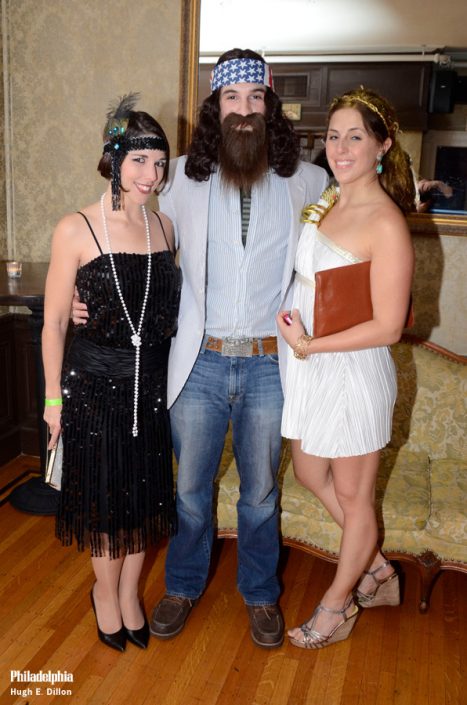 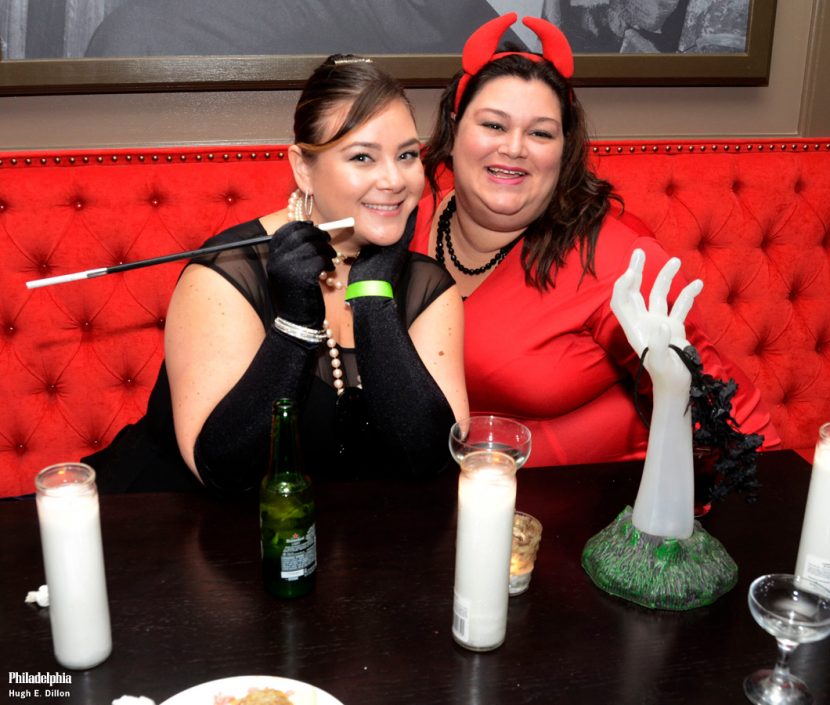 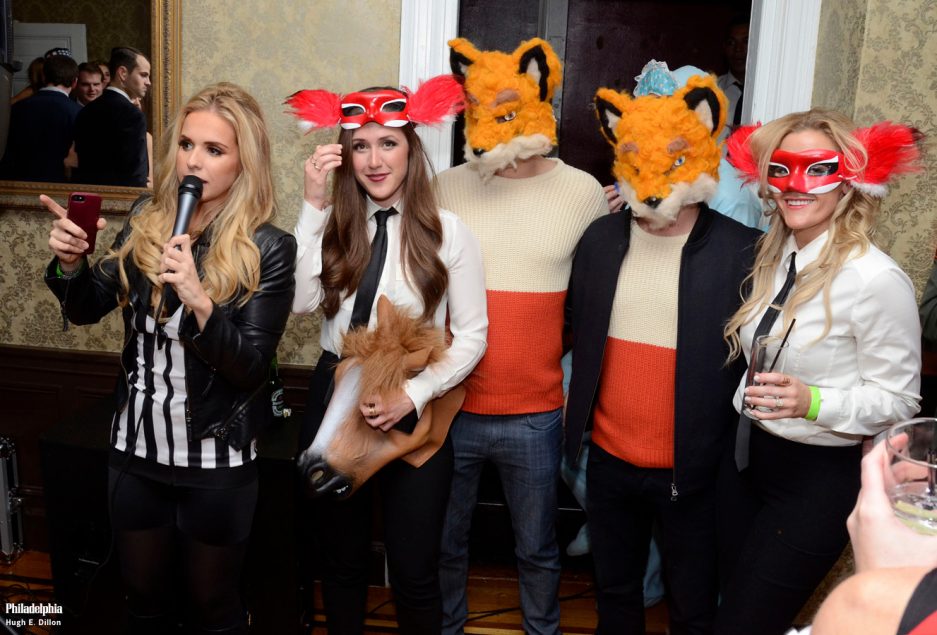 Maria Papadakis was judge, jury and MC for the evening's event. Here she awards the best group prize winners to a den of foxes, who all won a Sun Myst Tanning Salon package. 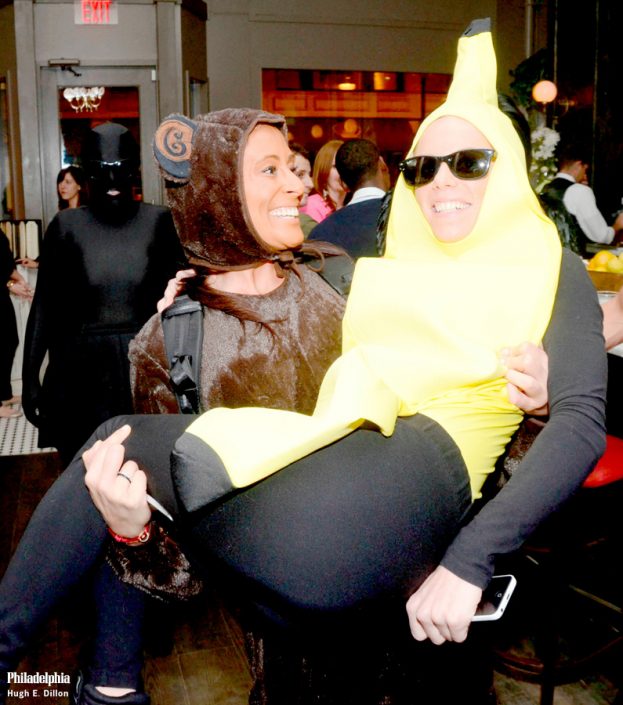 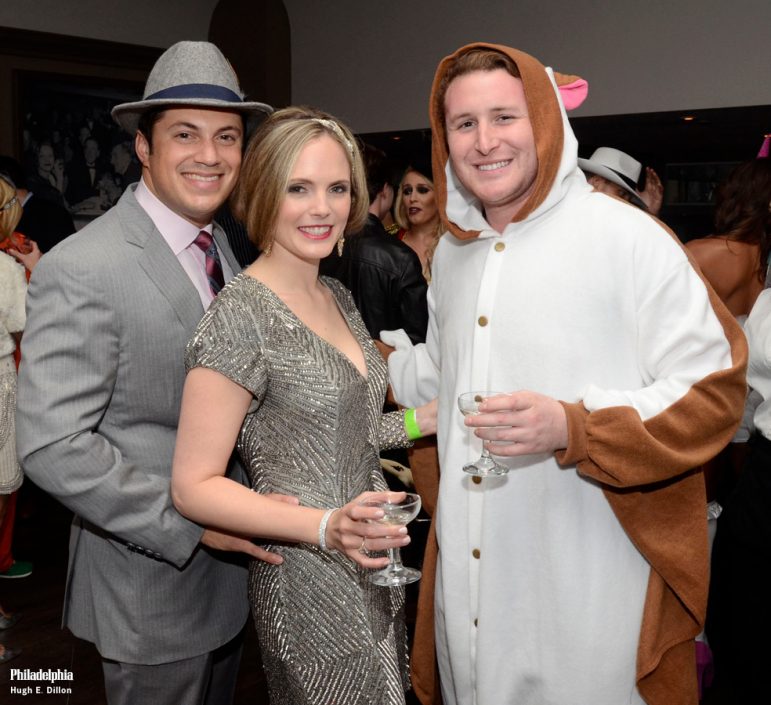 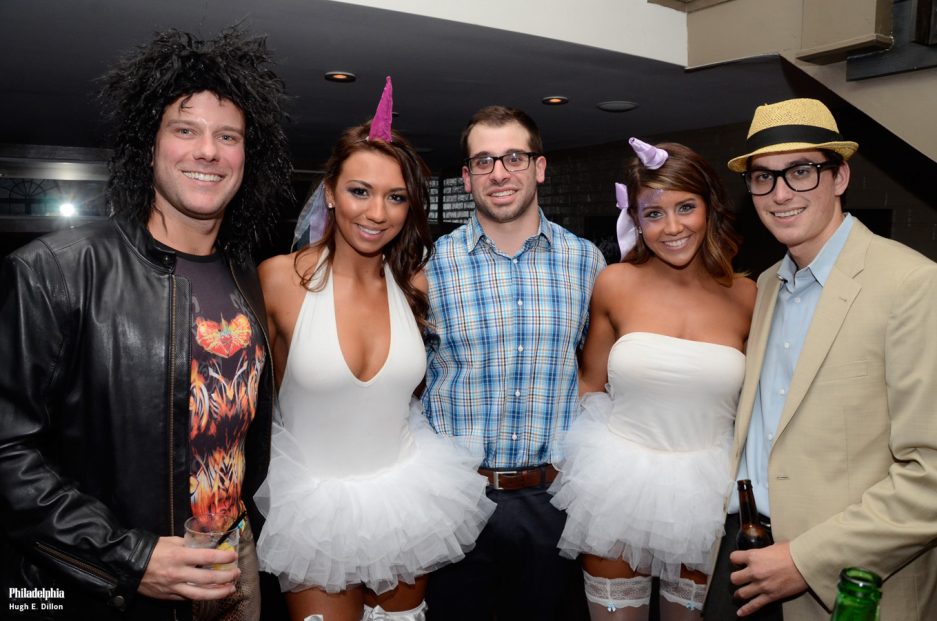 From left: Joseph Chiarantona, Lexy Miller, Christopher Napoli, Kersten Donohue and Brett Tiagwad (who was disappointed when I thought he was Clark Kent, and not Gatsby, sorry.) 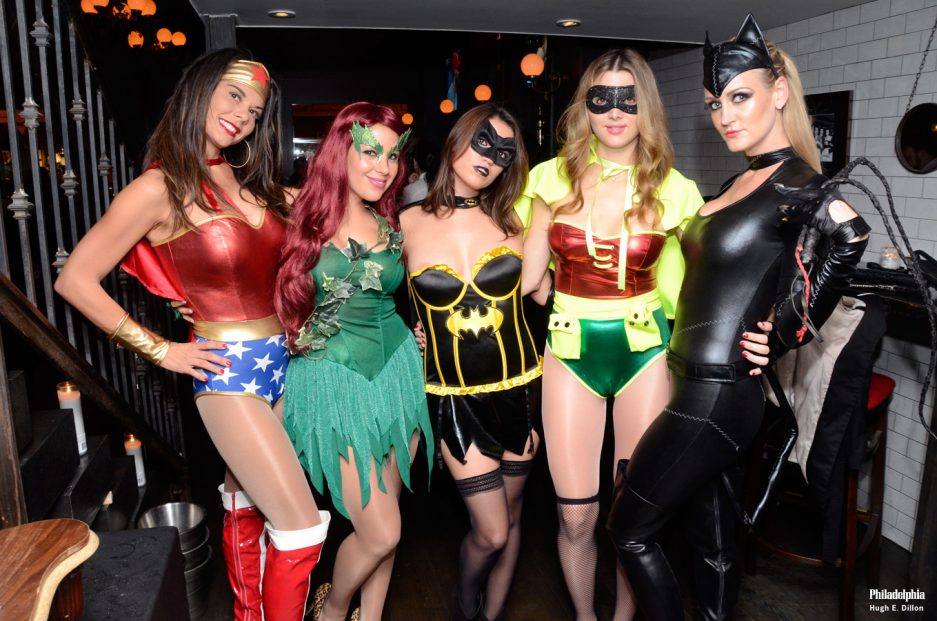 Who wouldn't want to be saved by one of these beauties? From left: Cindy Caccuro, Stephanie Rybczyk, Monique Crawford, Erin Elmore and Danielle Krupa. 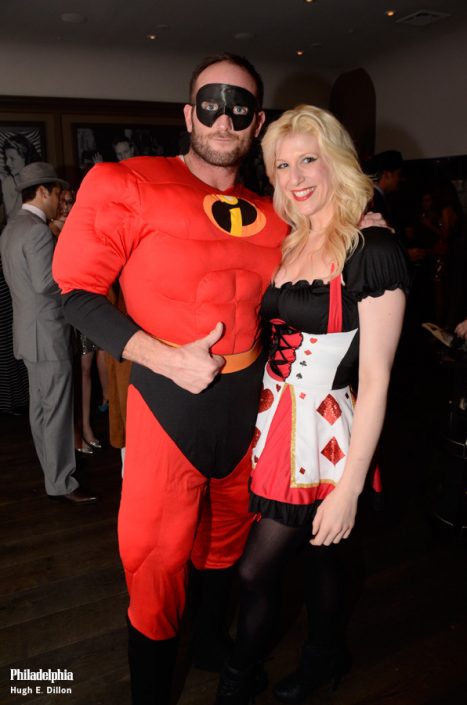