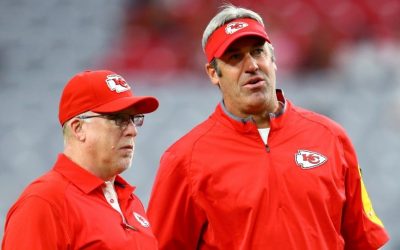 The Eagles’ offense, for all of its bells and whistles, was an unabashed mess in 2015. The run game fell apart, the passing game was […] 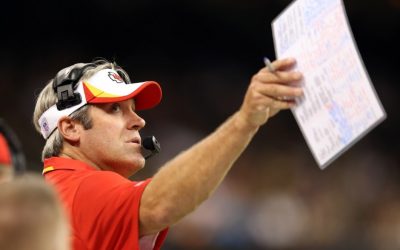 What They’re Saying About Doug Pederson

It won’t be official until the Chiefs’ postseason run comes to an end, but Doug Pederson will be the Eagles’ next head coach. Besides the […]

It’s becoming increasingly clear that the Eagles did not want to go into last season with Michael Vick as their only option at quarterback.

There have already been multiple reports indicating that they looked into signing Peyton Manning. And rumors have surfaced about them trying to trade up to pick Robert Griffin III.

But here’s a new name to add to to that mix: Alex Smith.

Eagles Wake-Up Call: Is Alex Smith A Fit For Chip?

Expect Alex Smith’s name to come up quite a bit in the coming weeks.

The story is pretty well-known at this point: The former No. 1 overall pick, in the midst of his best season as a pro, lost his job to Colin Kaepernick after suffering a concussion against the Rams back in November. Kaepernick pounced on the opportunity and has the Niners one win away from a Lombardi. Smith is now the odd-man out in San Francisco.

Smith has handled the situation well by all accounts, but the circumstances are such where it makes sense for both parties to move on.

Alex Smith Could Be An Option For Eagles

The knock against the 28-year-old is that he is an unspectacular game-manager who is a product of both the system he plays in and the beneficiary of a stout defense and effective ground game. His supporters will point to the playoff game against the Saints in particular as evidence that he is able to lead the charge when called upon.

Smith signed a three-year, $24 million deal this offseason and is slated to make around $8 million next year. If he continues to sit on the bench, chances are he will ask out of San Francisco. Philadelphia could be a logical landing spot, depending on how the front office and the head coach are looking at things. Some subscribe to the NFL philosophy that if your defense is dominant, your offensive approach should be more on the conservative side.  Marty Mornhinweg is decidedly not among them.