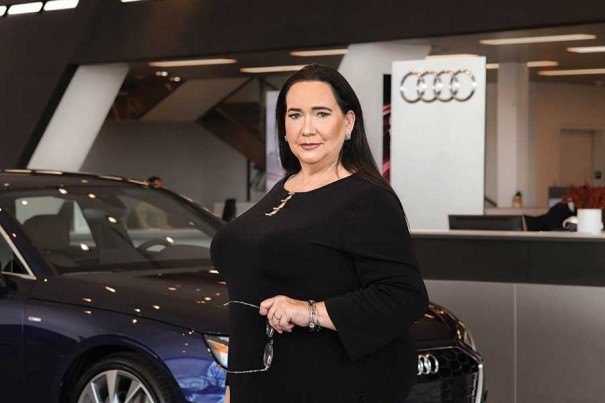 For Suzannah Sarkahian, starting in the car business as a woman in her 40s was not easy. The emotional roller coaster of sales and being married with children combined with the long hours can be difficult—but worth it when you love it as much as she does. Sarkahian was fascinated from the start. Selling cars is like playing chess in some ways, and in others, primarily relationship building and gaining trust.

After a year and a half in sales, she became the new car manager of Audi Wynnewood. Sarkahian approached the role differently than the typical sales manager. She looked at her sales staff almost as family. She is very frank, honest and encouraging; she wants them to be as successful as they can be. She stands with them—not above them. They know who’s in charge, but they also know she would stay open until midnight if that meant they could sell a car. This is what sets her apart. What she developed is a culture of community, a sense of belonging—to be dedicated to each other, to be a team and to have pride in what they sell. Sarkahian is now the GM of both Audi Wynnewood and The Warehouse Conshohocken, as well as Audi Service Center Conshohocken. She has worked for this position so many years and is ecstatic to be leading her team to ever-greater successes.