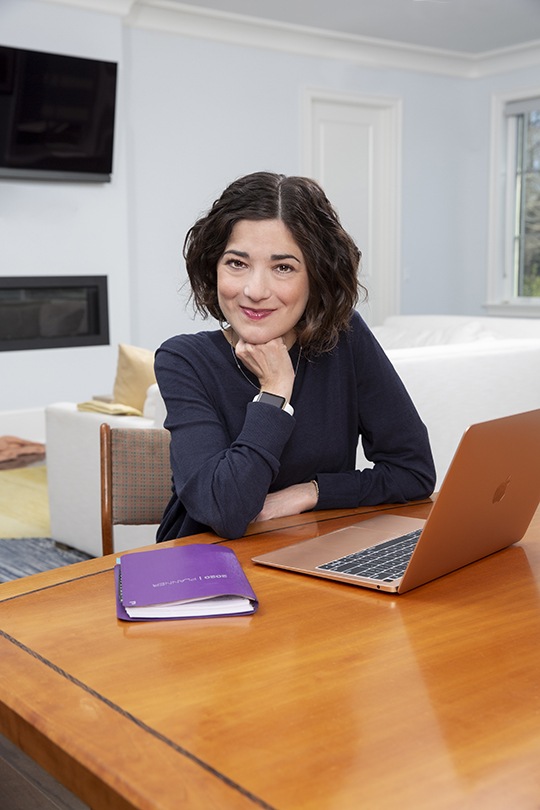 Emily Kramer-Golinkoff, the founder of Emily’s Entourage, is the first-ever winner of the Luminary Award.

In a North American lab studying a rare form of gene mutations, vials of cells line the walls, each labeled with a digitized code except one, which is marked simply “Emily.”

The vial contains cells donated by 35-year-old Emily Kramer-Golinkoff, a Lower Merion native with a rare mutation of cystic fibrosis (CF), a progressive genetic disease that causes thick mucus to build up in the lungs, leading to life-threatening infections. For the scientists in the lab, the vial serves as a daily reminder of the actual people they’re trying to save.

About 30,000 people in the U.S. and 70,000 worldwide are living with CF. Just over 60 years ago, children with CF rarely made it to kindergarten. Today, the average life expectancy for someone with cystic fibrosis is 41 years old, and that number could become much higher with the introduction of ground-breaking new medicines that allow 90 percent of patients—those with the most common mutation of CF—to treat the cause of CF rather than just the symptoms.

But those drugs won’t help the relatively small percentage of patients like Emily who have a particularly rare mutation called a “nonsense mutation.” Realizing time was running out for Emily and patients like her, Emily, her mom, and their family and friends started what was meant to be a one-time fundraising campaign in 2011.

“I was reaching advanced-stage disease, we were running out of treatment options, and there were tons of other people in the same boat as I was,” Emily says. “There was this urgent need for leadership and coordination in the area of nonsense mutations. We had no idea what we were doing, but we were desperate. And so we dove in headfirst.”

They were hoping to raise $50,000 in a year. They raised more than $40,000 in a week. That fundraiser has since turned into Emily’s Entourage, a foundation that’s raised more than $6.8 million for high-impact research on nonsense mutations of CF, and led to Emily being named the Trailblazer Award’s first-ever Luminary Leader. “We’re driven by the fact that there’s 10 percent of the CF population that deserves realistic hope and a better future,” Emily says. “And with a vested interest, with skin in the game, we’re willing to do whatever it takes.”

The hope is that enough money invested smartly will create life-saving breakthroughs and a cure within Emily’s lifetime. But as she battles the disease on behalf of everyone in the outlying 10 percent, she also has to battle it in her everyday life—Emily is operating with only 31 percent lung capacity.

A typical day for Emily involves about 5 hours of treatment. When she wakes up, she checks her blood sugar and takes insulin for her CF-related diabetes. She then does a series of breathing treatments designed to thin the mucus in her lungs and dons an airway clearance vest that inflates and vibrates against the chest to loosen mucus. The whole routine takes about 45 to 75 minutes. If she’s feeling worse than usual, she’ll cycle through additional breathing treatments. She repeats the whole routine again mid-day and before bed. Throughout the day, she also takes more than 30 pills and five insulin injections and gets in at least 10,000 steps to work her lungs.

“I always feel like I’m on a hamster wheel; I have so much to get done and can never get to it all,” she says. “So much of my daily life is now focused on trying to manage my health.”

The Emily’s Entourage team is made up largely of dedicated volunteers and fundraisers, including #TeamEE, a group of athletes who support the foundation through Broad Street and other races, and EE Champions, a young professionals group that raises thousands annually. Each year, supporters from around the world—including CF patients who can’t share a room because the bacteria in their lungs are dangerous to each other—find connection through live, online broadcasts of their annual gala.

“The work we’re doing at Emily’s Entourage is the hope for a future for the final 10 percent,” Emily says. “We’re not about balance, we’re about getting things done really quickly, because people’s lives are the line, including mine.”

The focus is on real-world results, and there have been signs of progress. With the help of a scientific advisory board, the foundation has funded 17 multi-disciplinary teams across the globe. They’re hoping to speed up critical drug development by developing partnerships between public, private and nonprofit organizations, from pharmaceuticals to universities to biotech companies. Ultimately, they’re aiming to fund a major clinical breakthrough within a matter of months or years, not decades.

The research could also lead to breakthroughs in many other genetic diseases. While nonsense mutations are relatively rare in the CF population, they account for about 12 percent of all genetic disease, impacting 30 million worldwide.

“Emily’s Entourage presents an opportunity to be part of something really impactful,” Emily says. “I’m constantly so shocked and moved and energized by the kindness of people, even perfect strangers. I think that’s the best part—the most unfortunate things bring a compassion and commitment out of people that renews your faith in humanity.”

SPONSOR CONTENT Meet the Woman Who Made Philly Fashionable 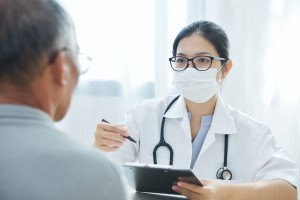