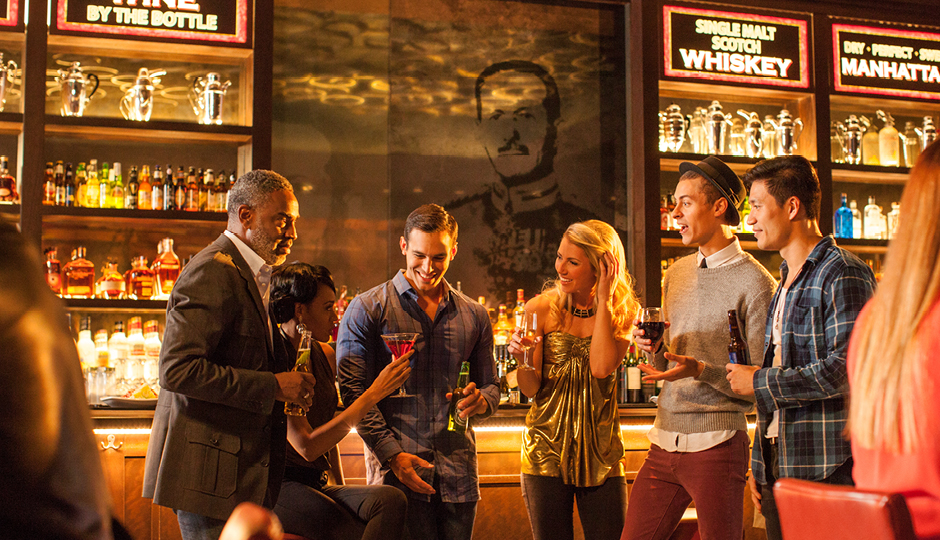 In Fishtown, you could drown in beer and hyper-local spirits made steps away from the bar in which they’re served. The north of Northern Liberties neighborhood is rife with craft drink and restaurant options. And while stepping out on Frankford and Girard Avenue can often feel a lot like walking onto the set of a Portlandia episode, there’s a little hideaway on Delaware Avenue that feels a lot more plush, rich, and mid-century than the modern watering holes of the main drag.

If you’re looking to break from your regularly scheduled routine of bespoke bar hopping, dress the part and head to Hugo’s Frog Bar & Chop House — where the legendary restaurant’s thick cut steaks, heaps of fresh seafood and classic cocktails will have you asking where the high-end cigars and piano are hiding. If most of Fishtown’s bars and restaurants serve lumberjacks, Hugo’s serves the rat pack. (And, through November 22, you can win some pretty sweet deals, like a free dessert, cocktail or $250 gift card.)

Here’s how to spend a night dining and drinking like Sinatra in his heyday without leaving Philly.

Arrive Like a VIP. Northern Liberties, Passyunk and even most of Fishtown — the list of neighborhoods where a free parking space typically serves as a Friday night mirage goes on (and on). And because you don’t want your night spoiled by spending too much time getting there, Hugo’s offers free parking that’s far removed from the majorly congested throughways of Center City and Broad street. Would Frank pay the meter maid? Absolutely not.

Order Apps With Abandon. If sauteed frogs legs, meaty oysters shucked on the half shell and jumbo shrimp cocktails and lump crab cakes are your thing, you’re in the right place — and only getting started. Hugo’s first course offerings are both decadent and entourage-approved. Order up a few options to go with your first glass of American-made Cabernet (of which there are 31 options) and get ready for the main attraction.

Don’t Skimp on the Classic Cocktails. Sinatra was never one to turn down a good drink, so tonight, you won’t either. With the Rush Street Manhattan, made with Jefferson’s bourbon, Cherry Heering liqueur and bitters, and the St. Germain and vodka boosted Pear Blossom, Hugo’s selection of classic cocktails looks like it could be a page ripped from a history book.

Get Your Chops. Literally. Hugo’s serves up plates of double cut lamb chops straight from South Dakota’s VanWell Family Farm. Heritage pork chops paired with apple fennel slaw and Jefferson’s bourbon sauce also make the menu. If you still haven’t had your fill of seafood, we suggest ordering up (at least) a half pound of Alaskan King crab legs or a cold water rock lobster tail, because tonight, you’re treating yourself like a legend.

For more of Hugo’s offerings (Ol’ Blue Eyes-approved and not) visit hugosphilly.com.