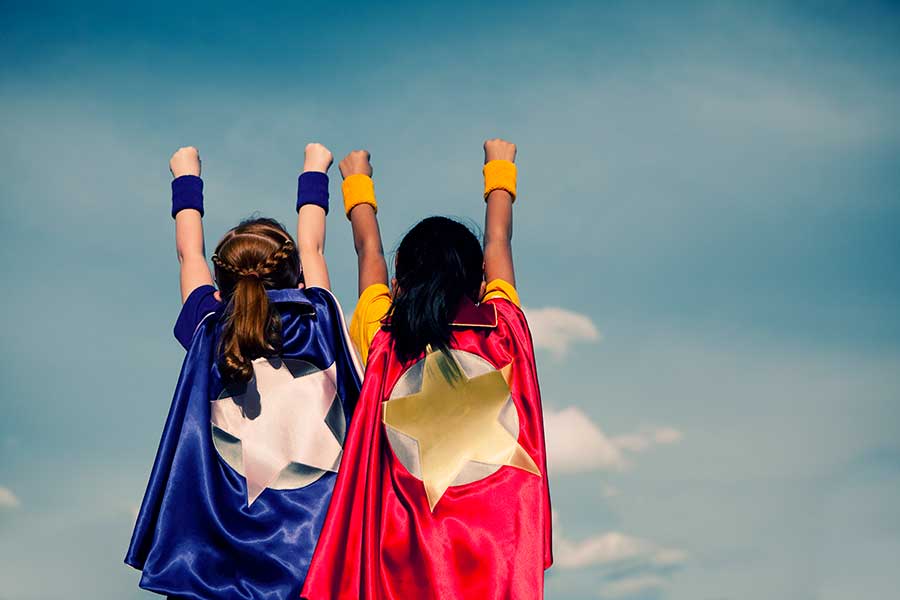 Ever wonder why your kids seem so mature, respectful and calm at school only to come home a few hours later and go bonkers? Or how teachers can wrangle a room full of energetic little ones and make sure they continue to grow, learn and have fun? According to mother-of-three  and second grade teacher of more than 16 years, Betsy Welch, it’s a combination of fostering independence and decision making, setting a solid routine and teaching the importance of positive behavior. Here she shares some of her tried and trusted tips to help your elementary-aged kiddos grow into independent, intelligent and well-mannered beings:

According to Welch, kids actually yearn for structure. “Having an ongoing structure and routine gives children (between ages 6-8) a strong sense of security and safety,” she says. “When they feel secure, they feel okay about making mistakes, taking risks, trying new things and they learn how to become a learner.” Worried about seeming too strict? Welch insists that you can still have plenty of fun within structure. “We have a ton of fun in the classroom but with bookends—the same should be done at home.”

The biggest difference between parents and teachers? Negotiation. “The second a parent begins a negotiation the child spends their time ruminating about how they’re going to resist instead of actually listening to what the directive was,” says Welch. “Kids are directive-orientated so steer clear of gray areas.” Allow them to make their own decisions by offering simple choices. For example, you can have your snack then do your homework, or do your homework then have your snack. “Offering them two to three options is plenty of decision making,” says Welch.

Still babying your second grader? Don’t. “It’s easy to jump in and help but the more you empower your child to do on their own, the better their success and growth,” says Welch. “Remember that these little guys need to be allowed to make mistakes and know that’s okay and not have their parents do everything for them.” She suggests starting small like encouraging them to get organized on their own in the morning and pack their own lunch by the end of first grade/beginning of second grade.

As you’re setting expectations to foster independence, don’t go overboard. Welch suggests starting small, like asking them to put their clothes out for the morning. “It will become a learned behavior,” she says. “Let them assimilate and then move on to adding the next goal.” If they slip up (it’s inevitable, we’re all human), do a little mid-course correction and use positive reinforcement.

Except when it comes to safety—Welch says that’s when a stern reprimanding is needed. But in all other cases positive reinforcement is the first tactic to turn to in order to encourage good behavior. “A gentle reminder that your child has proven they can tackle your expectations is important,” says Welch. “It doesn’t always have to be verbal, it can be play time once they’ve finished their homework or a special snack.” But be sure to keep your encouragement genuine—according to Welch, children are very intuitive and know hollow praise.

Customize each child’s course of action.

Every child has a different developmental mode—even children within the same family—so their expectations should be different as well. “If you have three kids at different ages, there’s no reason they should all go to bed at the same time,” says Welch. “Create a set of expectations for each—when you’re 8, you can go to bed at 8, anyone younger cannot.”

The faculty at Episcopal Academy develop critical skills and knowledge through robust early childhood and elementary programs. Take a virtual tour to experience a day in the life of a Lower School student.

SPONSOR CONTENT 5 Ways to Help Kids Learn Through Failure, According to Teachers