We got in before the store opened for a sneak peek at their new digs. Remember last week when we reported Duke & Winston’s upcoming move to Center City? Well, today we got a sneak peak of the new digs, and they’re pretty fantastic.

At first glance, Duke & Winston‘s new location might look like a repurposed library, or a set from Dead Poets Society, but it was actually previously used for a pop-up shop, and before that, a boutique. But that doesn’t mean it was move-in ready: owner Seun Olubodun said he hadn’t slept in three days in preparation for the soft opening. We think it paid off.

The Scoop: With super-high ceilings adorned with crown molding, the space extends longways and includes an entry level with a tufted couch and goods like dopp kits, weekenders, bow ties, and ties. Go up to the second level for a table of new arrivals including women’s tees, as well as racks of signature men’s tees and apparel. The back end of the store isn’t quite ready, but once completed it will include a library-style lounge and two dressing rooms.

They’re open today, so stop by to welcome the crew to the neighborhood. Or at least to go play with Duke and Winnie, the in-store pups. (They’re kind of irresistible.) 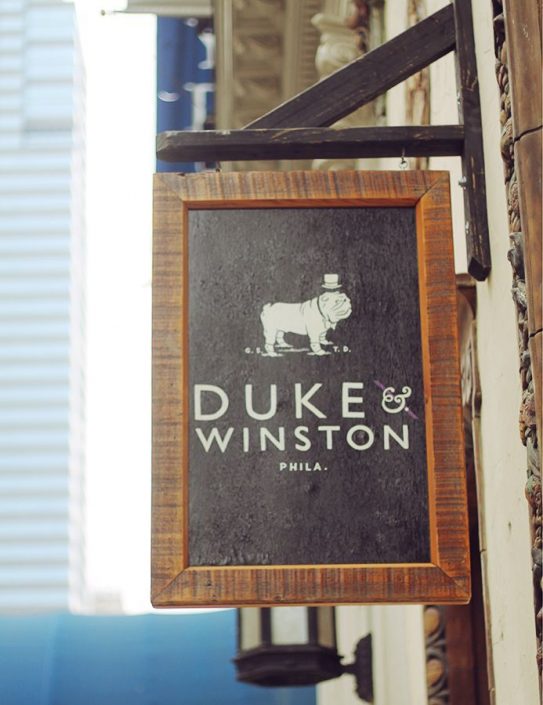 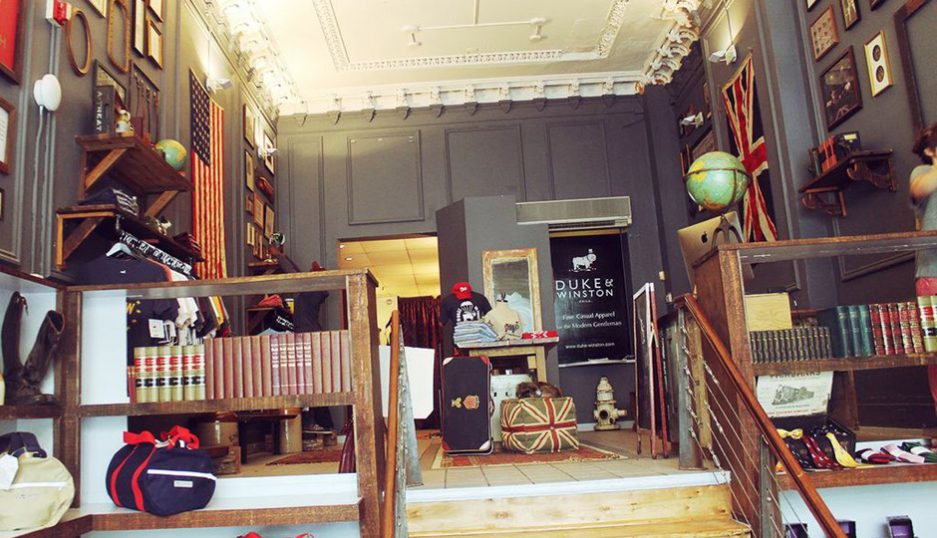 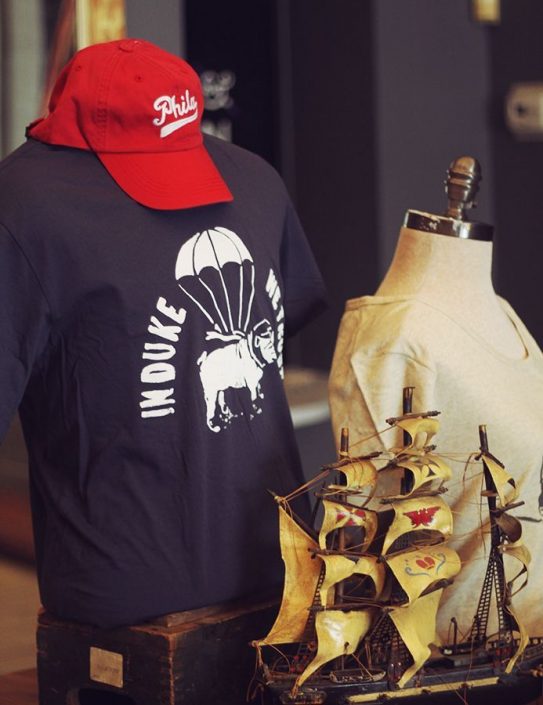 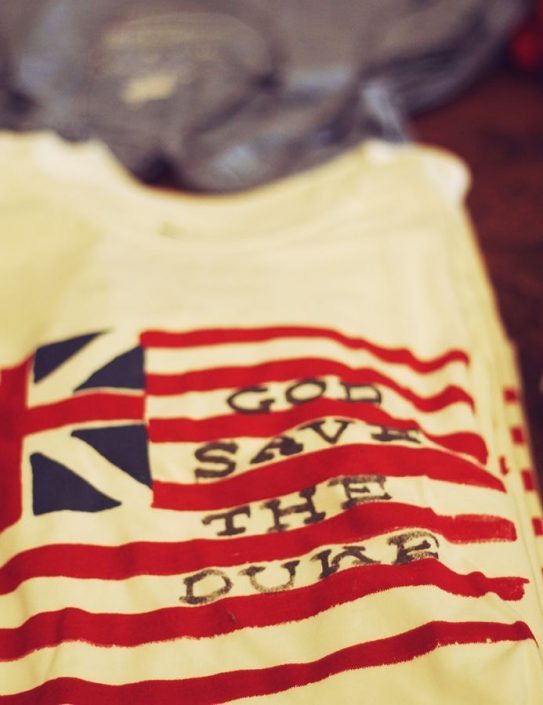 God Save the Duke Tee 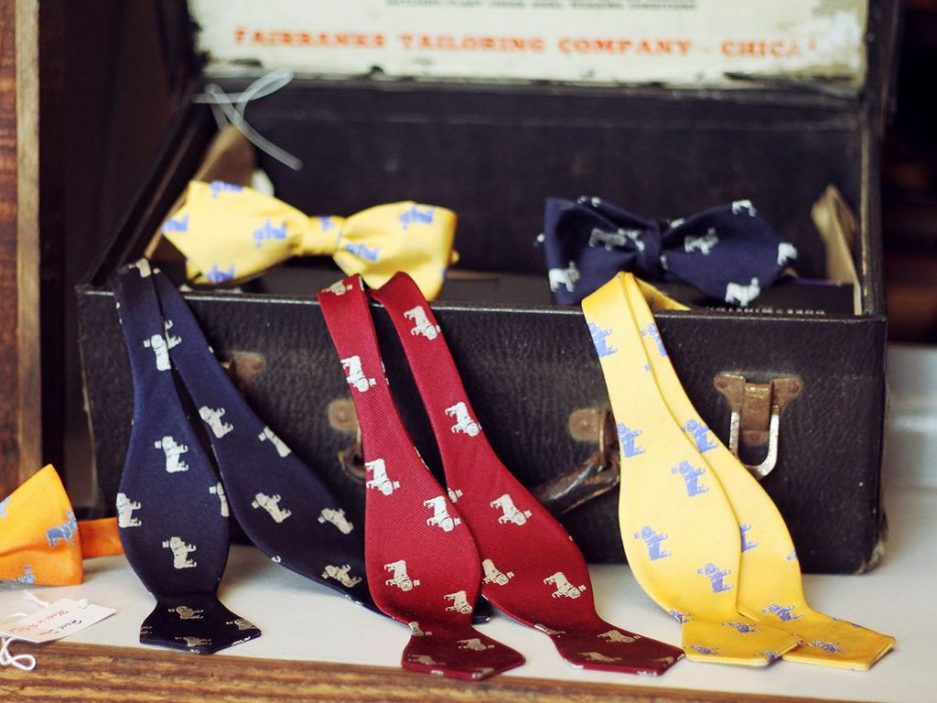 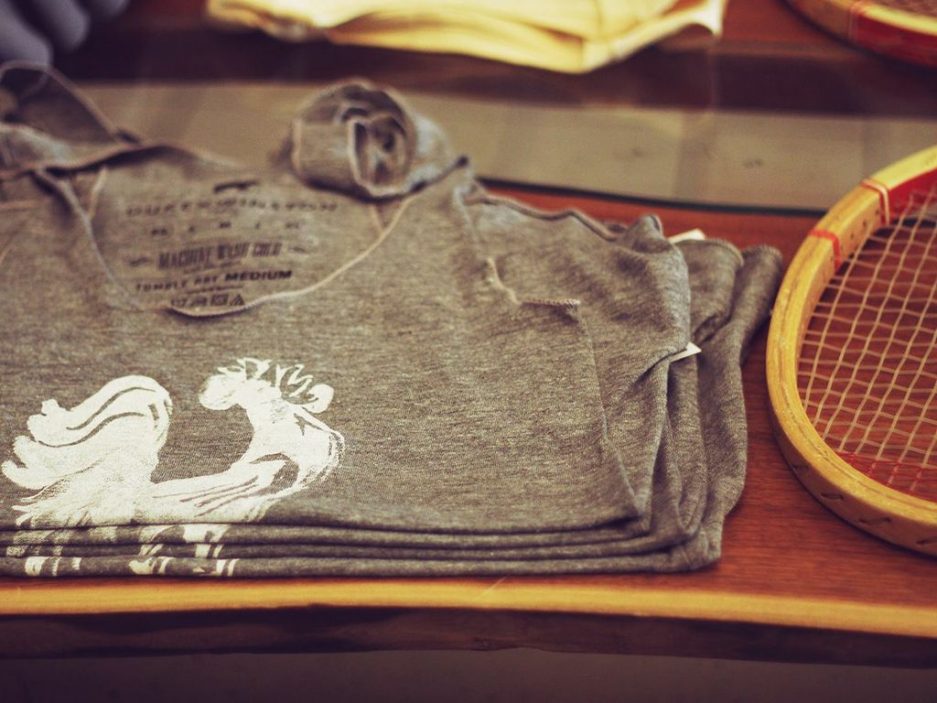 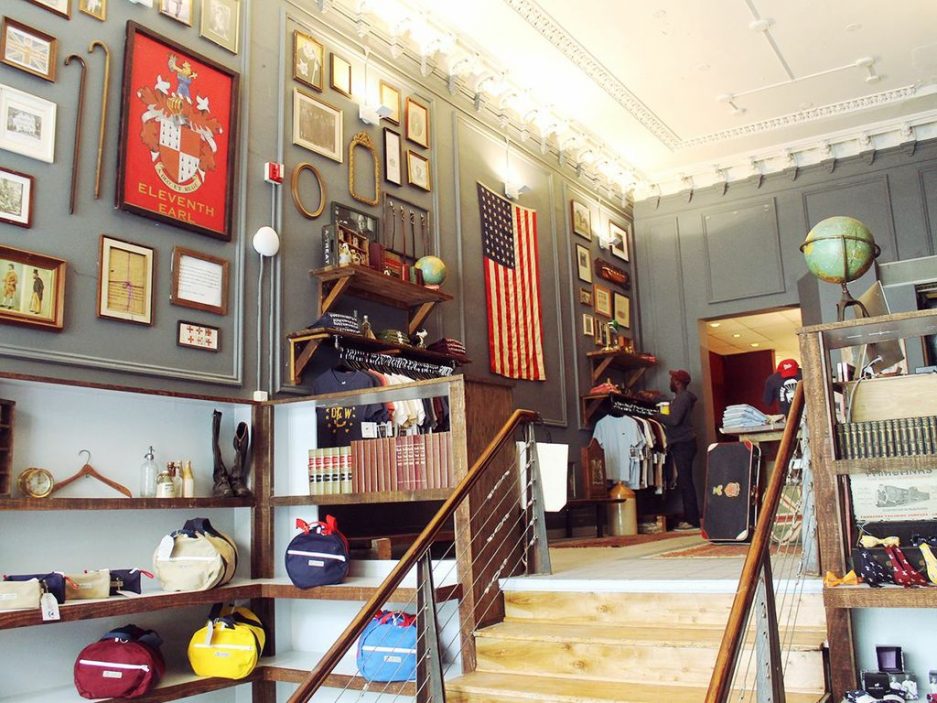 View from the First Floor Shelves Display All Types of Goods and Knick Knacks 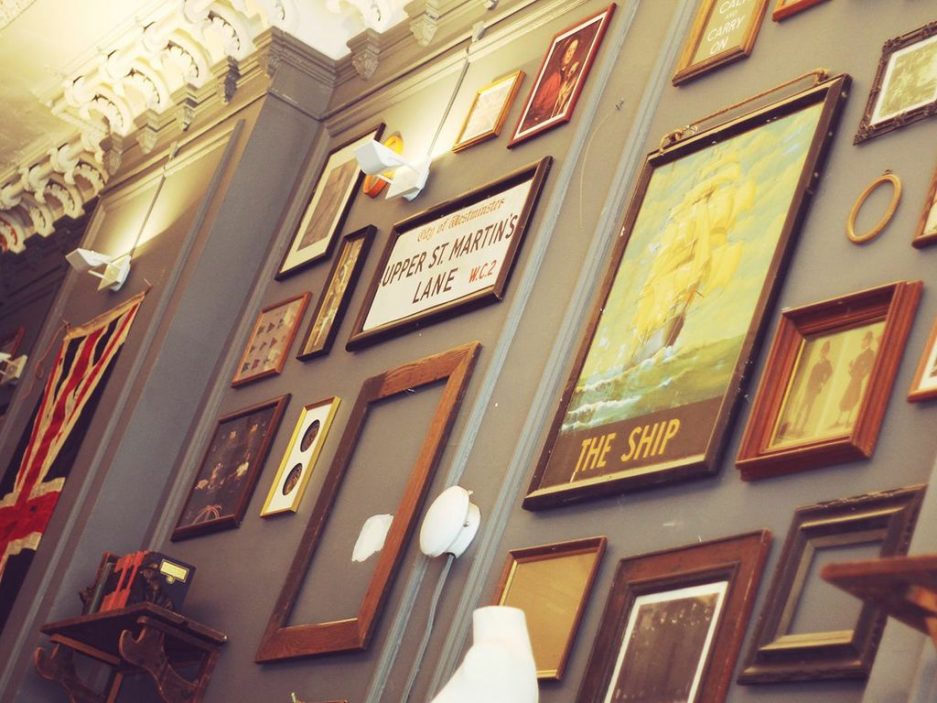 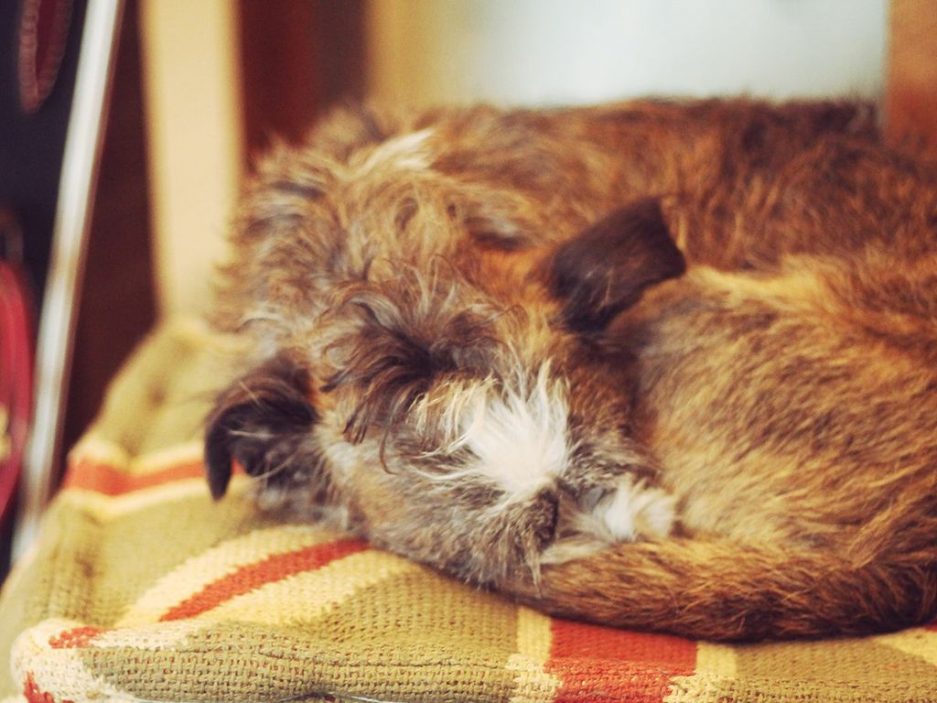 All photos by Victoria Stern.