A former fly-fishing club next to Hickory Run State Park is being transformed into 58 huge homesites in a one-of-a-kind luxury resort community. 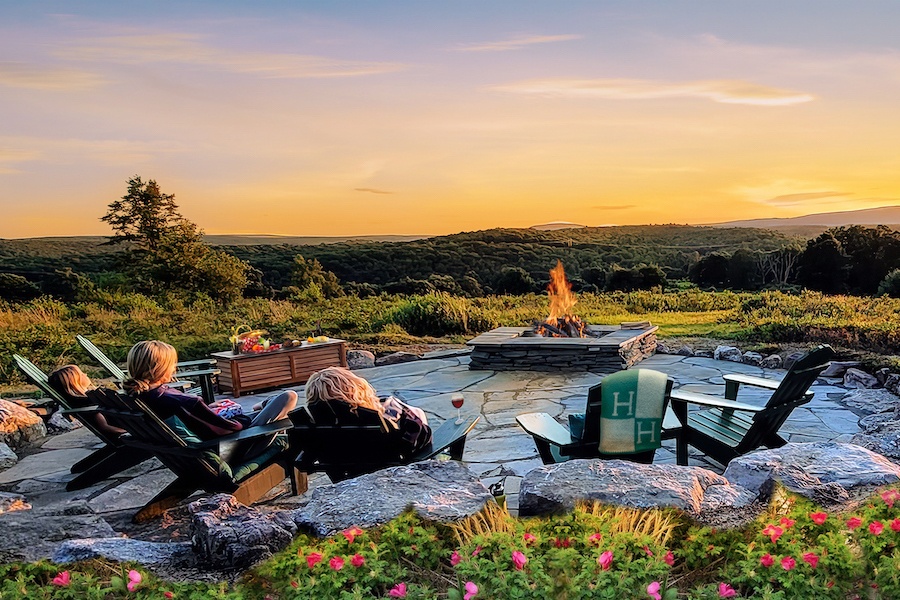 Imagine enjoying a view like this from your own fire pit. You now have a chance to turn that dream into reality by purchasing one of the 58 homesites now available at Graystones Preserve, 614 Graystones Jeras Rd., Jim Thorpe, PA 18229 | Renderings and *photos via Lavinia Smerconis Team, Compass Real Estate

In the mountains of Carbon County, about 10 miles north of the county seat of Jim Thorpe, there’s a 3,798-acre plot of land surrounded by state-owned land that will remain undeveloped forever.

This land was once the private preserve of a fly-fishing club run by a family that owned this land for more than a century. Sometime next year, it should become a preserve of a different sort — a resort community of just 58 homes on lots that ensure privacy, with unparalleled community amenities.

Called Graystones Preserve, the community will feature indoor and (lots of) outdoor recreational amenities along with spectacular views from the homesites, much like the one you see above. According to the promotional booklet for the development, Graystones Preserve is being developed by a “partnership comprised of entrepreneurial conservationists committed to creating a low-density, conservation-oriented, limited-access community.”

Graystones Preserve will remain in splendid isolation from the world around it because of what surrounds it: Hickory Run State Park on its north and east, Lehigh Gorge State Park on its west, and state game lands on its south. 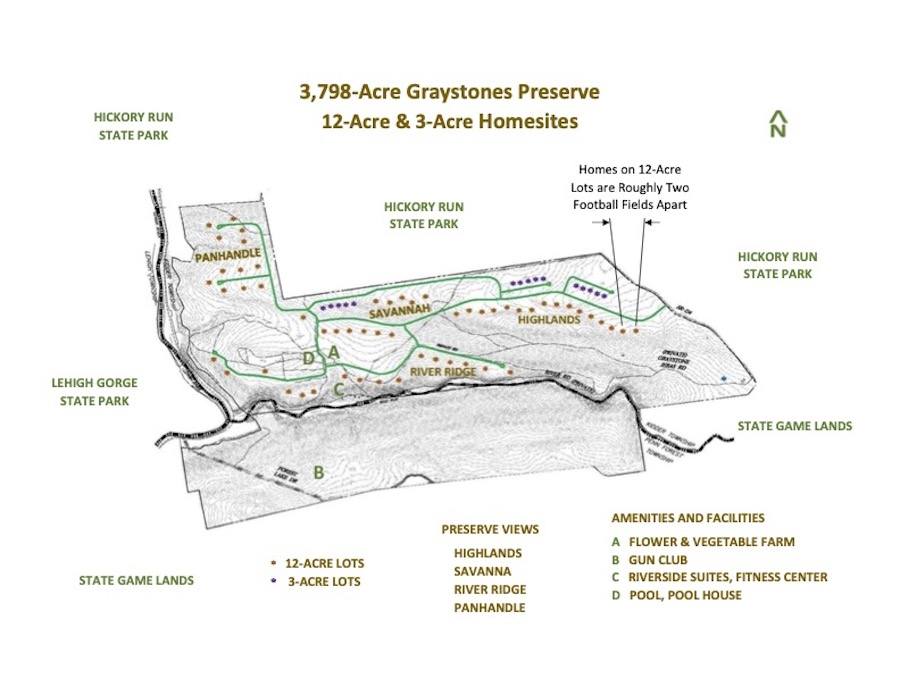 Most of the parcels being sold for homesites — 43 — will contain 12 acres of land. The remaining 15 of these Albrightsville resort community lots for sale will contain three acres. 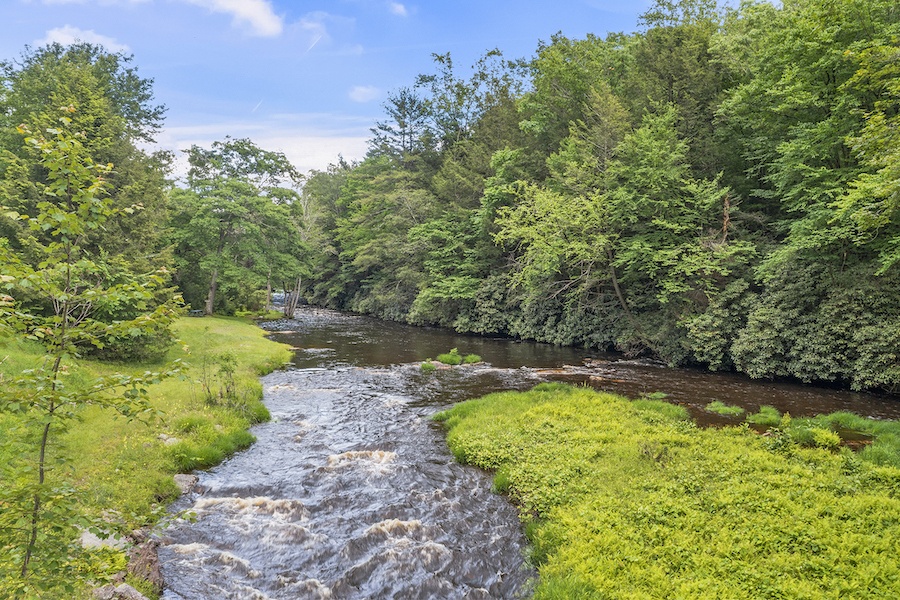 Junction of Mud Run and the Lehigh River*

All of the homesites lie to the north of Mud Run, a legendary trout stream. The fly-fishing club owned the land around the last three-and-a-half miles of the stream, just before it empties into the Lehigh River. The Lehigh forms the property’s western border north of where Mud Run meets it.

The south bank of Mud Run will remain pristine, with the exception of blinds for the community’s gun club, which will offer skeet, trap and clay pigeon shooting. That gun club will be just one of several facilities owned jointly by Graystones Preserve’s homeowners. 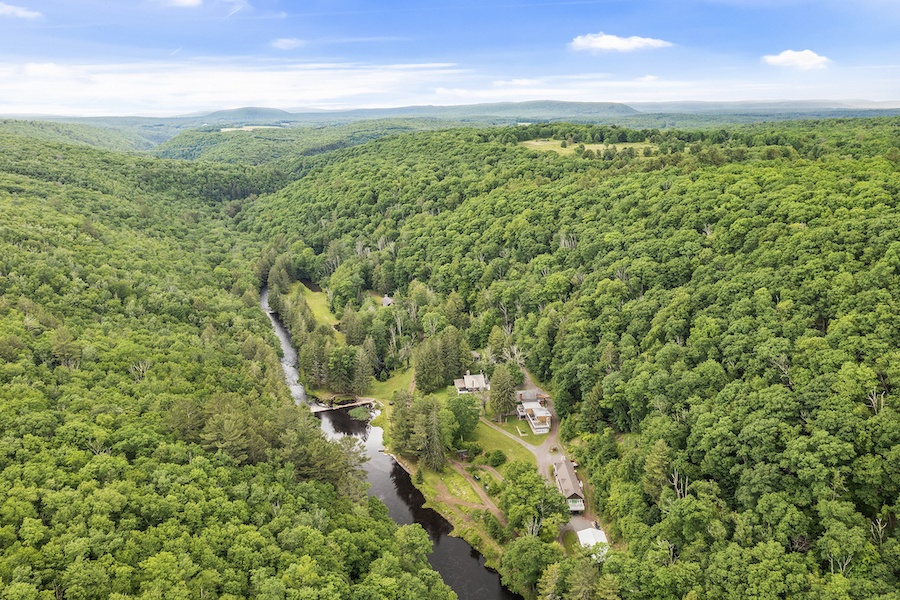 The others will be situated in and around a cluster of existing buildings on Mud Run’s north bank.

One of them, the Hillside Cottage, currently contains four bedrooms and three bathrooms. It is now being converted into two luxurious primary suites with separate entrances and expanded decks. The common kitchen and living room are also being upgraded. 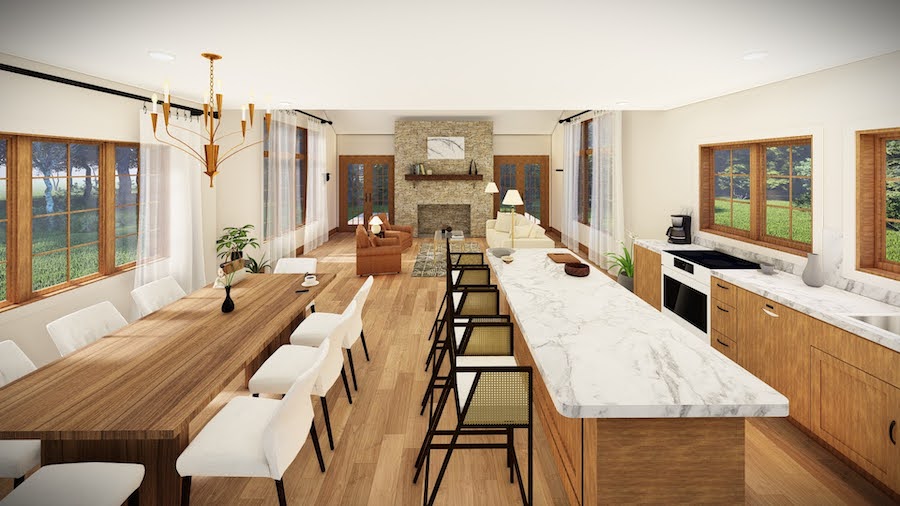 Another, the Graystone Inn, will be razed in the second phase of improvements and replaced with a new lodge with a great room, a chef’s kitchen, a game room, a fitness center, a fly-tying room and 10 to 12 luxury suites for visiting guests. 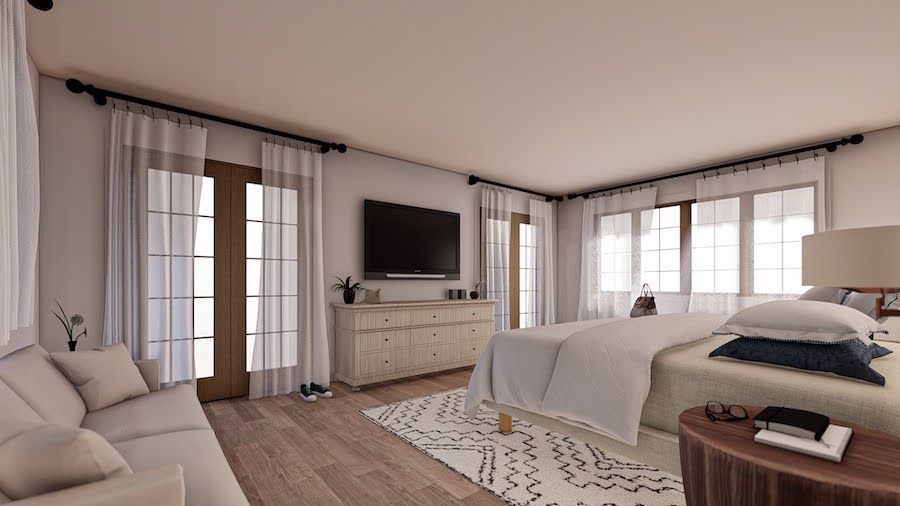 Rendering of a typical guest bedroom 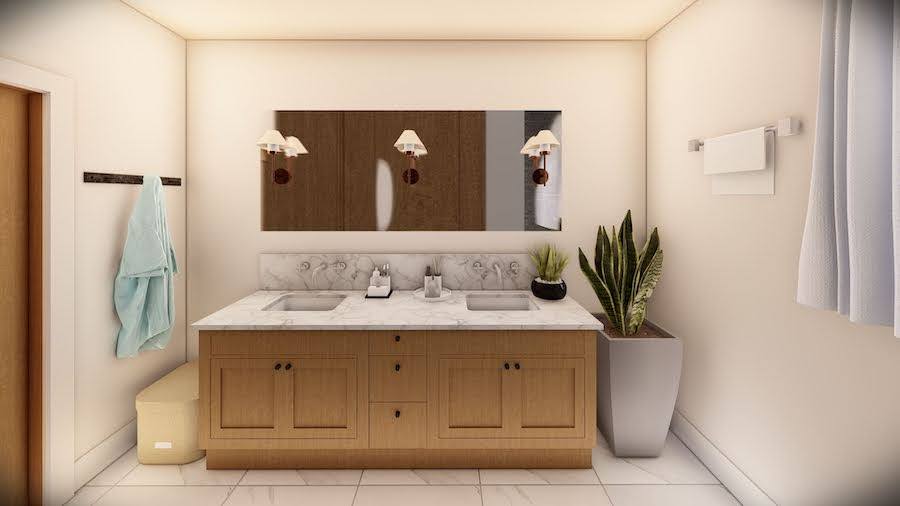 Rendering of a typical guest bathroom

The renderings you see here give you an idea of what you and your guests can expect once you make this your second home.

The new lodge will also take the place of two other buildings currently on the site: the Hemlock Building, next to the Graystone Inn, and a cottage called Red Fin. 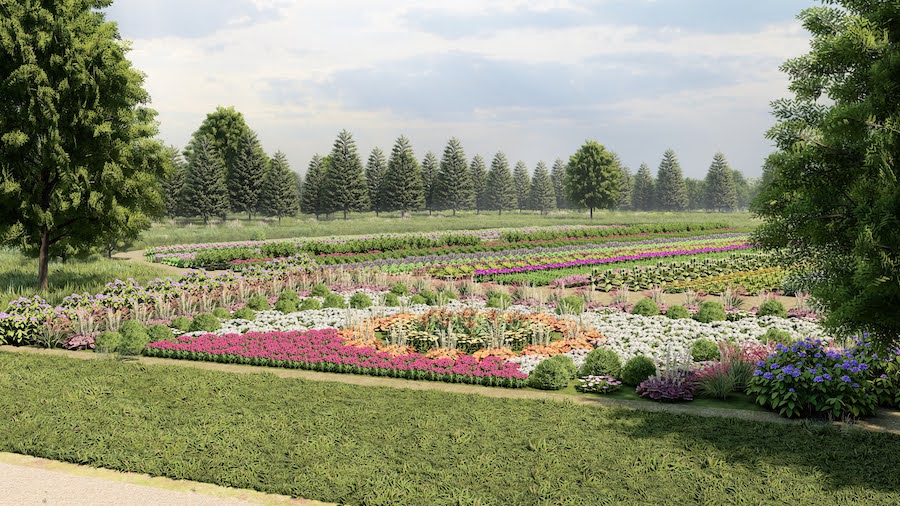 The community pool and an organic flower and vegetable garden will sit just up the road from these buildings. The garden will occupy the lower portion of an open meadow while the pool sits on its higher elevation. The land to the pool’s west will also remain open in order to offer views of Lehigh Gorge State Park. A pool house will be built on the pool’s north side. 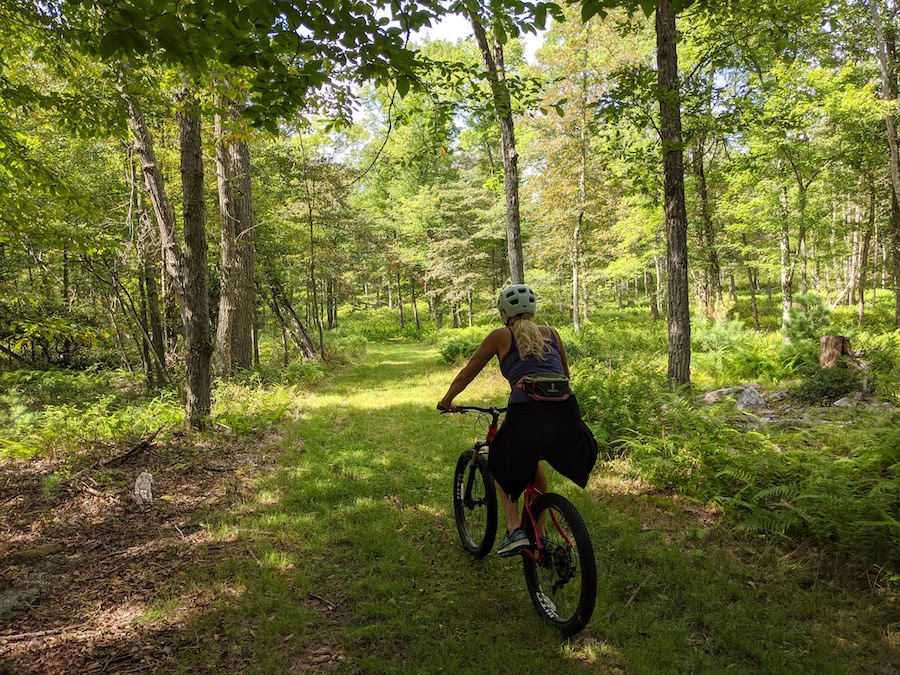 Homeowners will also have access to a new dock on the small lake formed by a dam next to the community buildings. The developers will also make needed repairs to the dam. And hiking and biking trails will lace the entire preserve. 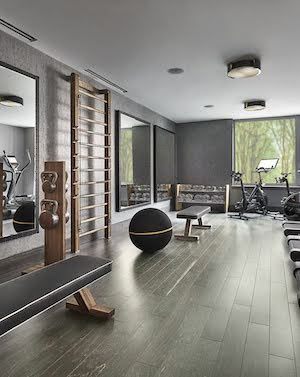 It should be noted that details of this plan are subject to change. But even so, those who buy homesites in Graystones Preserve can rest assured that when everything is complete, they will live in a resort community like no other in Northeast Pennsylvania. They will also be able to reach ski slopes, golf courses and other outside amenities without passing through the endless suburbs-in-the-woods of the Poconos.

Deposits are now being taken for these one-of-a-kind Albrightsville resort community lots for sale. Once the majority of the lots have been sold, the developers will transfer ownership of the preserve to a homeowners association and complete the construction of the community amenities. You and your architect and builder will determine what goes up on your own individual plot, which you will own outright.

An opportunity like this comes along only once in a lifetime. If you are ready to take advantage of it, Graystones Preserve is ready for you.

SALE PRICE: $600,000 for a three-acre lot or $850,000 for a 12-acre lot, as an “owner contribution” to an escrow fund that will be used to repay the original investors, complete the community infrastructure and amenities and acquire permits and title to the homesite.

Homesites can be selected upon payment of a $25,000 refundable deposit and signing of a reservation agreement. Once permits have been secured for a homesite, the agreement will convert to a binding commitment if the buyer decides to proceed with the purchase. Each site owner will be responsible for their own well water and septic system.

Enough vacant land remains in the preserve for the creation of 12 additional plotted homesites should the HOA choose to sell them. Annual HOA dues should run between $10,000 to $15,000 per year. The HOA, as collective owner of the preserve, will also have access to other options that can generate income for the maintenance of the common amenities and infrastructure.