On the Market at the Shore: Duplex Townhouse in Sea Isle City

This townhouse is a bargain by Jersey Shore standards. So why hasn’t someone bought it yet? 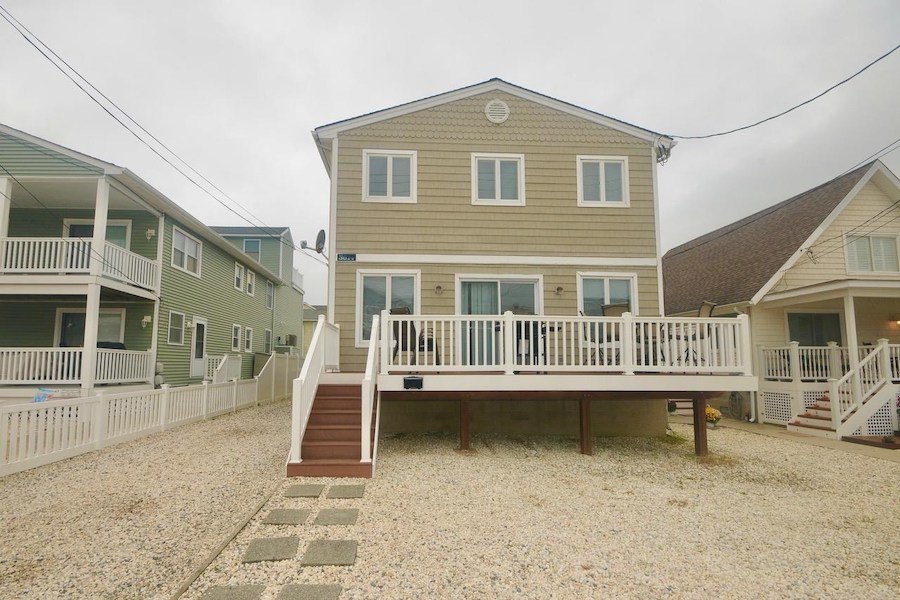 Don’t have a million bucks to spend on a Shore house? Don’t be surprised, then, if what you buy doesn’t look like a million bucks. That said, this duplex townhouse at 3614 Central Ave., Sea Isle City, NJ 08243, looks all right as it is. | Cape May County MLS images via BHHS Fox & Roach Realtors

The Jersey Shore appears to be the exception to the rule when it comes to how quickly houses sell in the extended Greater Philadelphia region. According to the most recent HomExpert Report from BHHS Fox & Roach Realtors, while average days on market have fallen from last year across the board and have slipped below 30 in every one of the landward counties in our region save Philadelphia (where the average is 36 days), they remain higher by the sea.

In Atlantic County, it takes an average of 45 days for a property to sell. And in Cape May County, properties remain on the market for a leisurely average of 116 days — a figure higher than the average one year ago.

So perhaps we don’t need to pull out the worry beads over this Sea Isle City duplex townhouse for sale, as it has been on the market for a mere 47 days.

What made this duplex townhouse stand out when I looked for houses to feature this week was its price. Generally speaking, the only Shore properties going for six figures are condominiums. It’s rare to find a single-family residence, attached or detached, priced under $1 million.

This one makes it just under that bar. And one possible reason it hasn’t sold yet: It’s pretty plain-Jane. 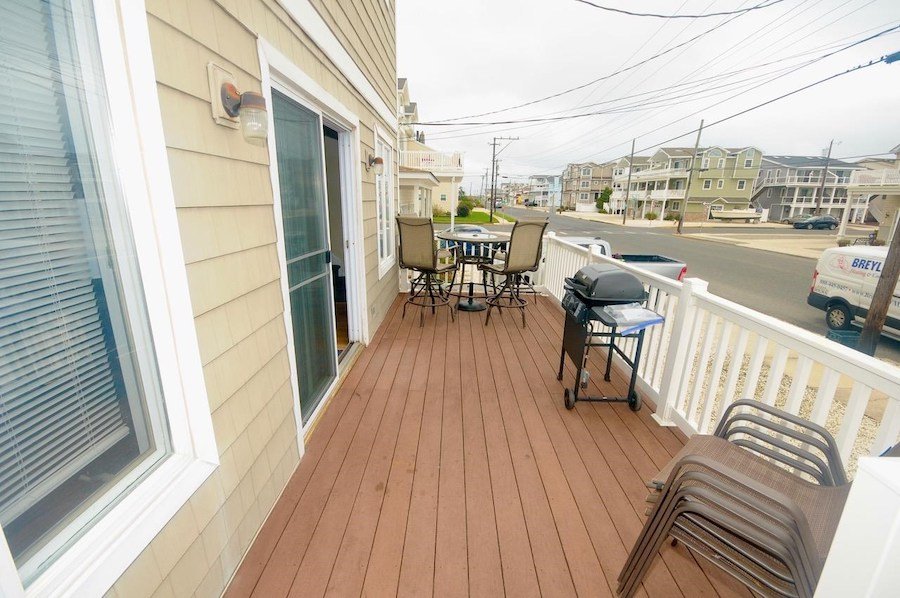 It presents an attractive face to the street thanks to its large front deck. 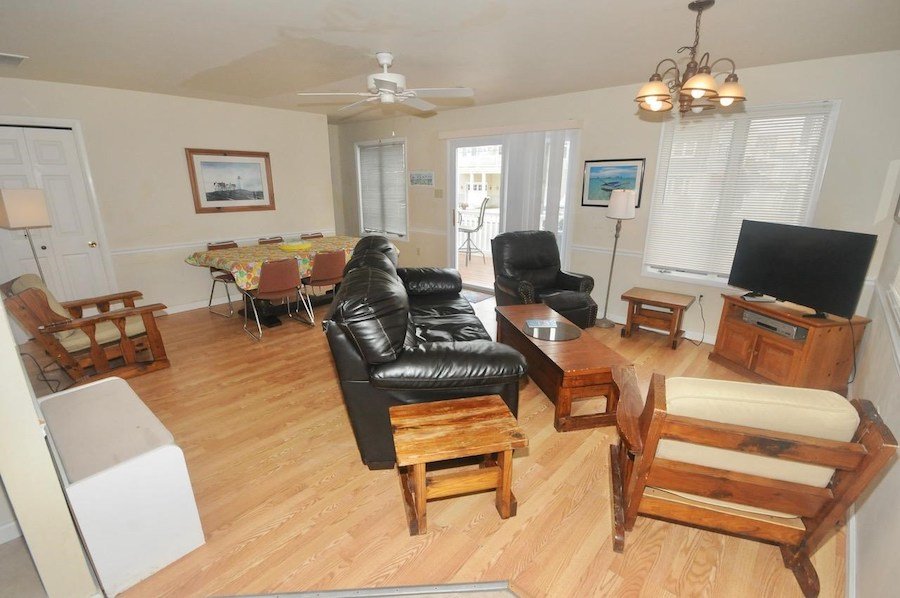 Next to that deck is an open main living area that can be configured as one wishes. And the current owner decided to swap the location of the living and dining rooms. The clue: Note where the chandelier hangs from the ceiling. Usually, in an open-plan space, that’s where the dining table goes. 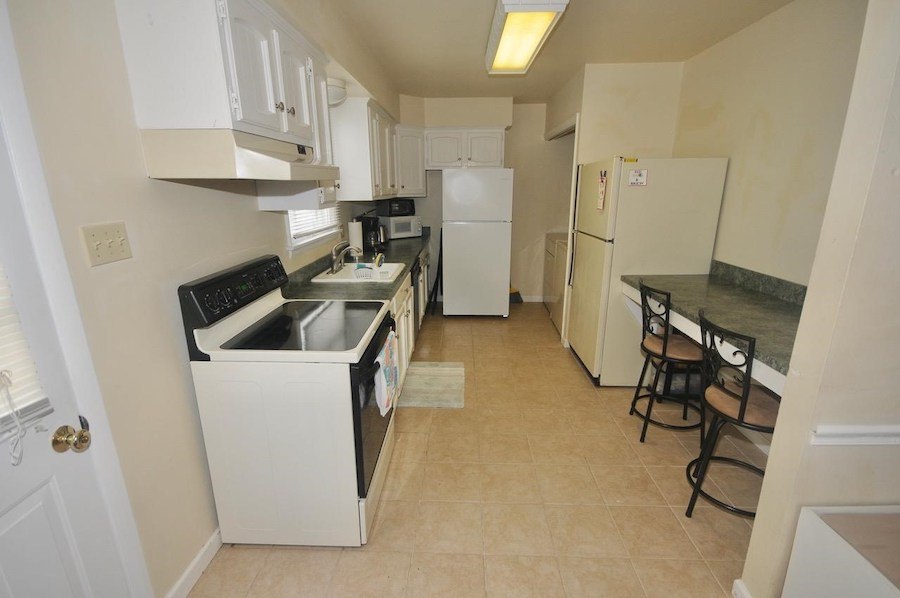 Another clue: That side of the living-dining area sits next to the kitchen. It has enough room to accommodate a bar that seats two along with two refrigerators. The laundry closet sits next to the far refrigerator. A full bath is located in an alcove off the living, er, dining room, and beyond the dining-room table you will find the stairs to the second floor. 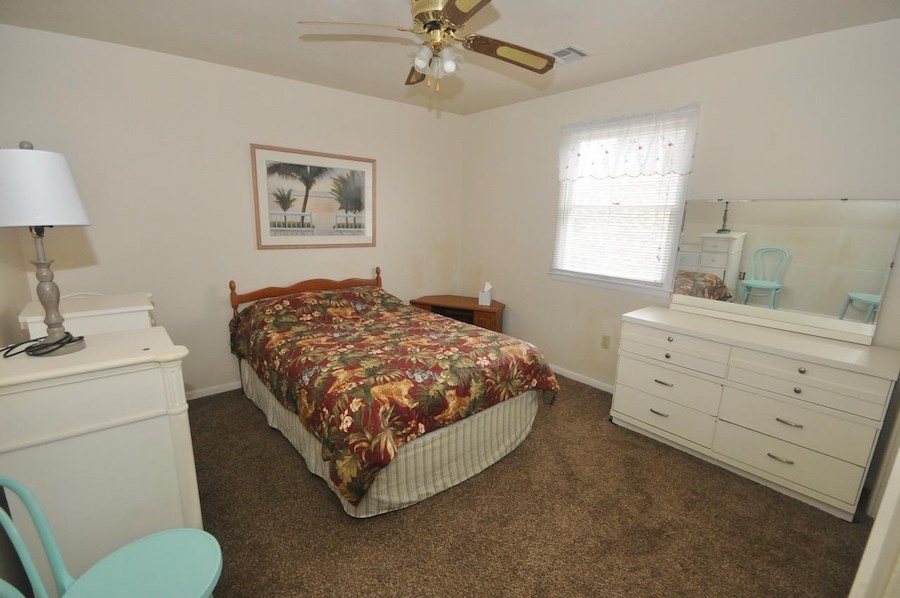 The second floor contains all four of this house’s bedrooms. The main distinction between the primary bedroom and the other three: It’s slightly larger. 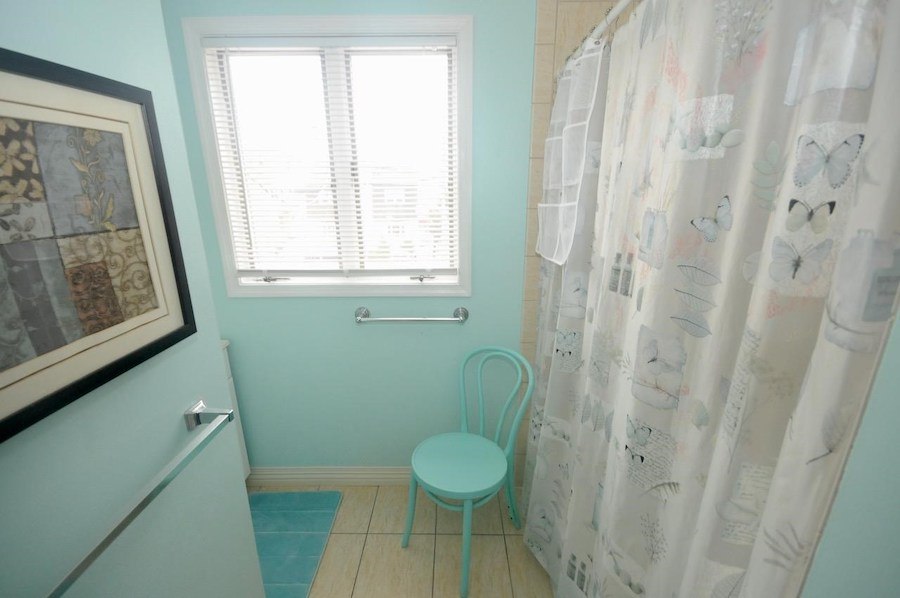 It also has an en-suite bathroom.

There may be another reason this house hasn’t sold yet: While it is centrally located, it’s not right on the beach. The marshes ringing Ludlam Bay, however, are just one block north of here, and Sea Isle City’s downtown lies one block to the east, along Landis Avenue. One-half block further east and you’re at the beach. John F. Kennedy Boulevard, Sea Isle’s civic center and the road to the causeway leading off the island, is five blocks south of here.

A third reason it may not have sold yet: Its modest size. But the fact of the matter is, you will be sitting pretty if you purchase this Sea Isle City duplex townhouse for sale, and you won’t be shelling out seven figures to do so. But if this property is a little too small and plain for your tastes, you can always buy it as an investment and rent it out: it rented for $24,000 for this summer.

OTHER STUFF: The owner is also offering a credit towards painting and flooring.