This recently renovated trinity is probably older than the public records indicate. But it does depart from the classic form in ways that suggest it may not be. 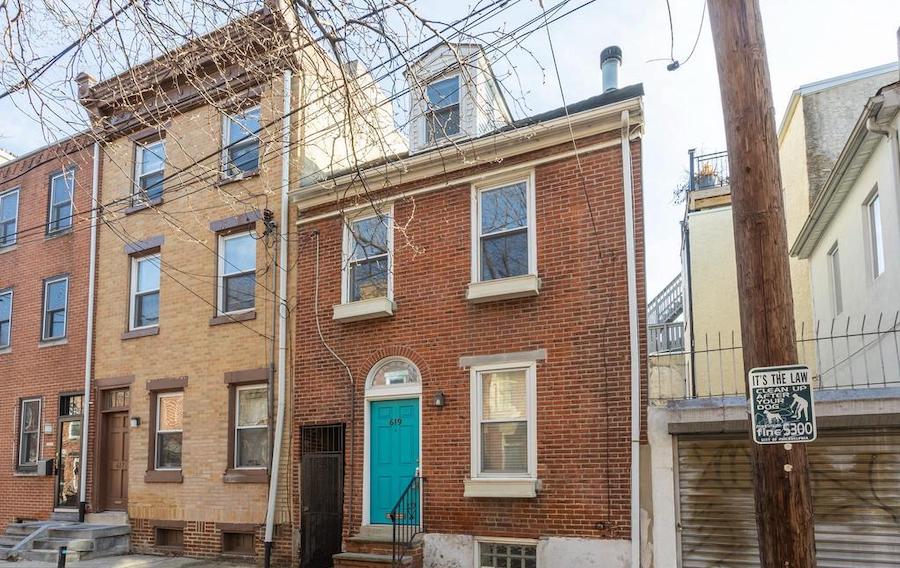 This unusually large trinity would look right at home on, say, Front Street in Queen Village. But here by its lonesome in Bella Vista, it’s dwarfed by its bigger neighbors — though it may well be nearly as large as they are. You’ll find this unusually spacious traditional trinity at 619 S. Clifton St., Philadelphia, PA 19147 | Bright MLS images via Duffy Real Estate

Take a good look at the facade of this Bella Vista Colonial trinity house for sale.

When would you guess that it was built?

That’s when the public records on this house say it was built. But its form leads me, at least, to believe that it predates that year.

So, for that matter, does the appearance of most of its bigger neighbors, many of which have ornamentation and cornices that had fallen out of fashion by 1920.

Yet at the same time, the existence of those neighbors makes this house look out of place. It would fit in better on one of those Queen Village streets that are lined with similar-looking houses.

Which raises the possibility that it may well be that young but was built in the style of its ancestors. Some of the features on the inside of this recently renovated house also point in this direction. 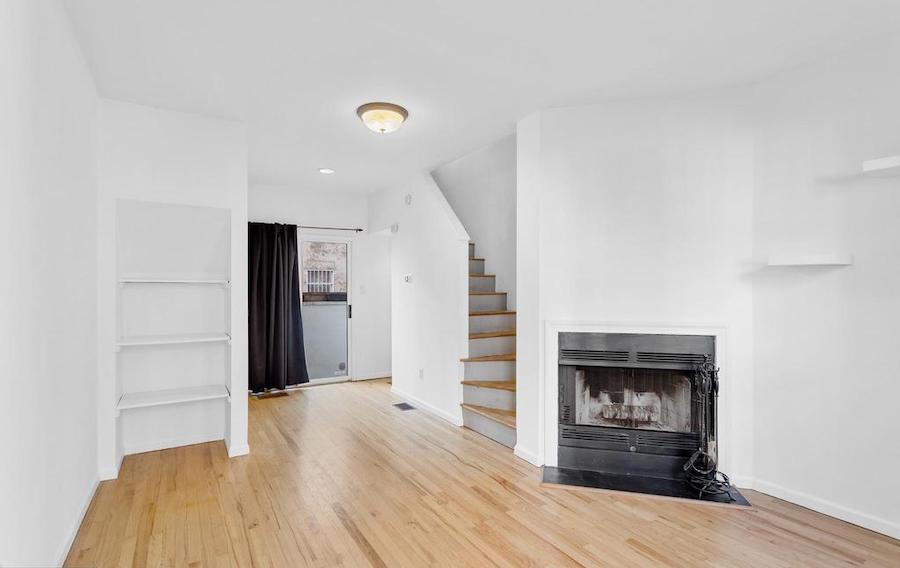 Let’s start with the fireplaces. There’s only one of these, in the living room, and it sits at a 45-degree angle to the rest of the room. I have yet to see an 18th- or 19th-century trinity with fireplaces set at such an angle. Not to mention that trinities that old would have fireplaces in at least two of their rooms, if not all three.

Then there’s the staircase, which is straight with curves only at the ends. That indicates that this house’s footprint is larger than that of a standard trinity. 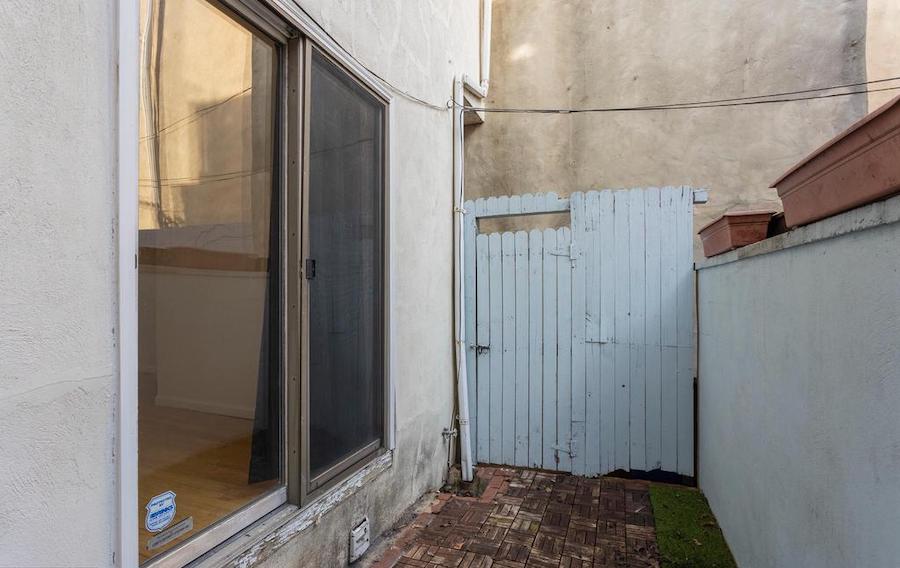 In fact, it’s big enough to allow it to have two rooms on every floor but the main one, which simply has an extra-large living room with a brick patio on the other side of its sliding-glass rear door. 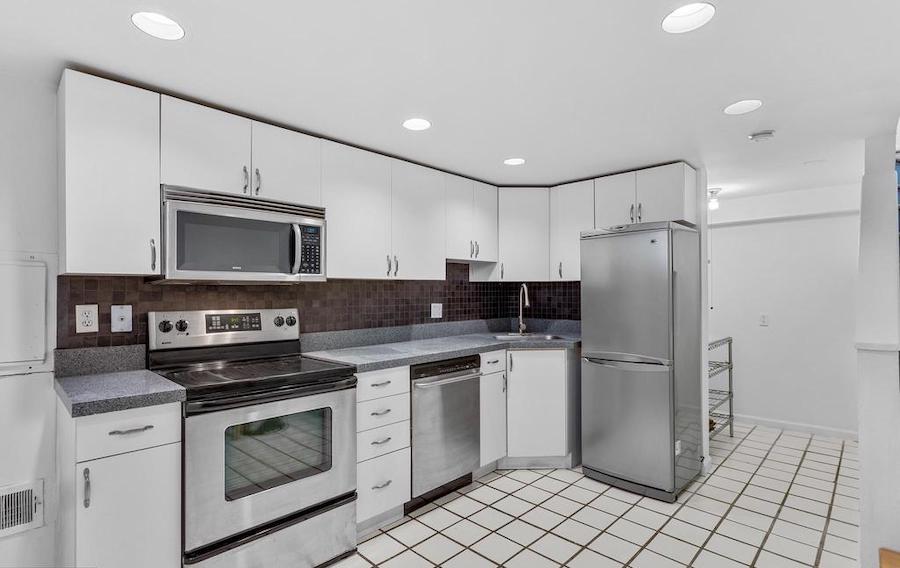 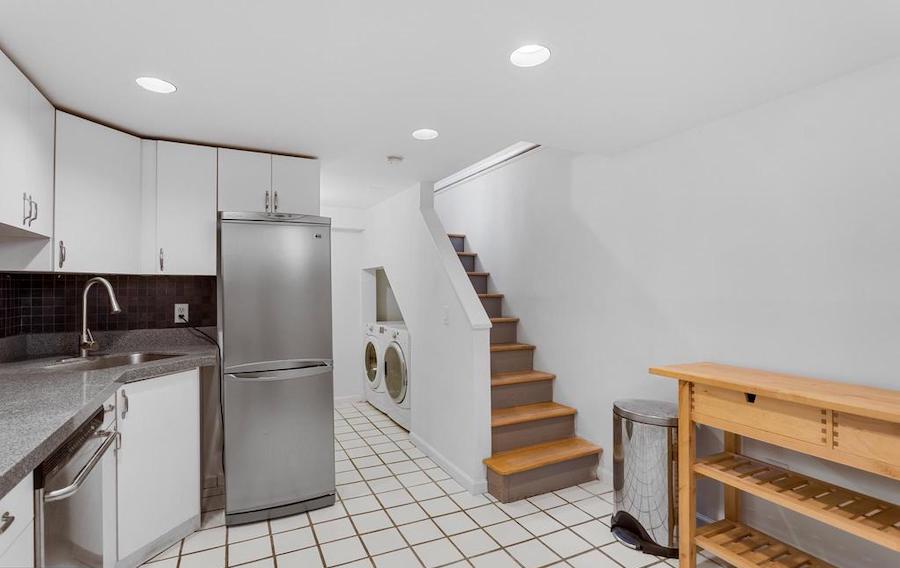 It also has a laundry room behind it. 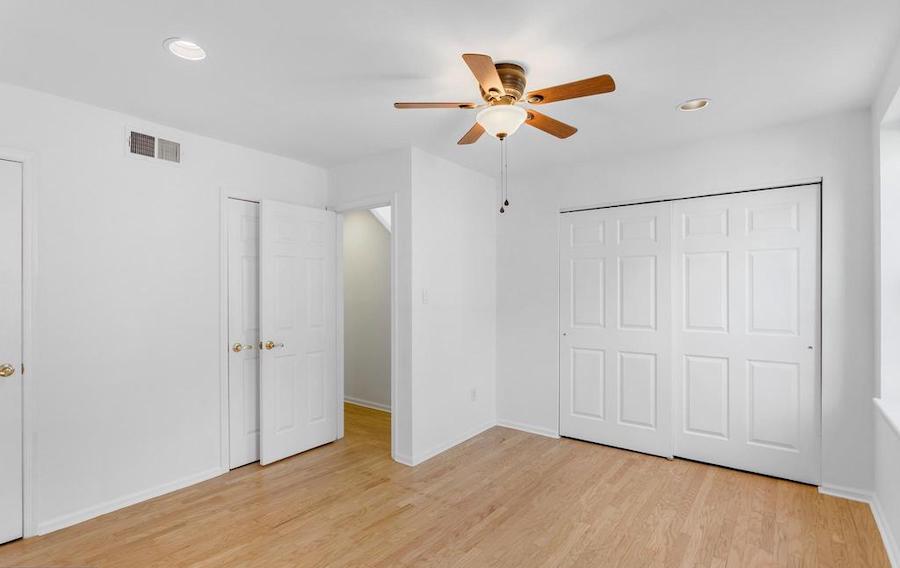 Each of the upper two floors contains a bedroom and a bathroom. New hardwood floors grace both bedrooms. The one on the second floor has three closets. 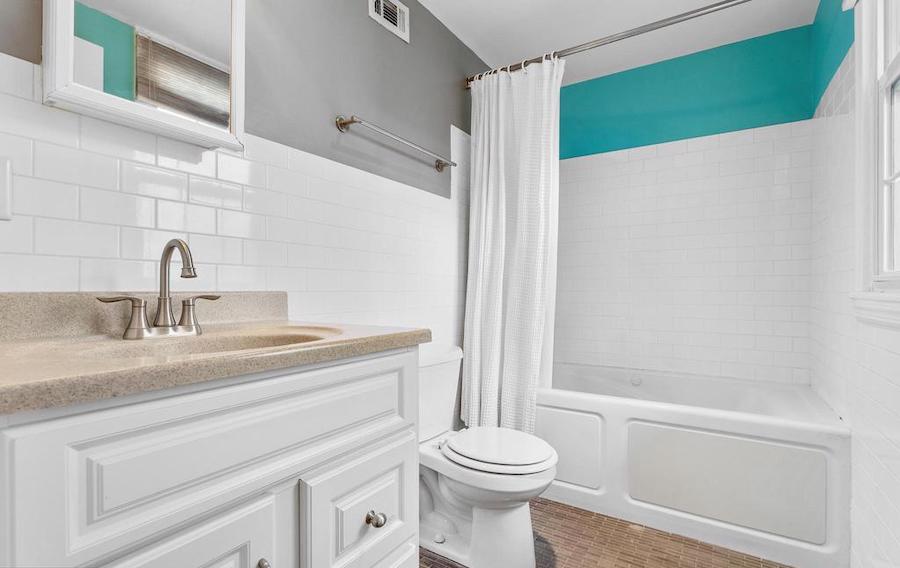 The bathroom on that floor has a tub/shower combination. 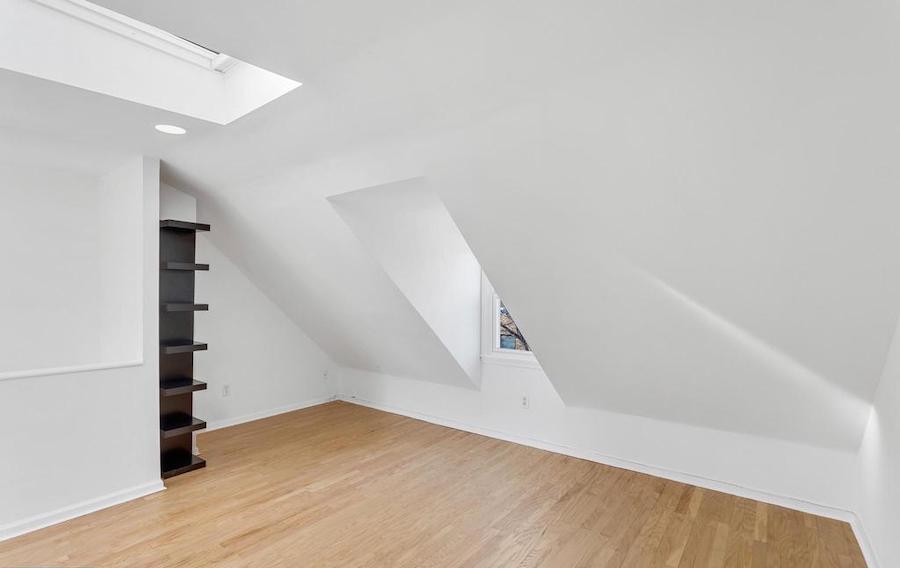 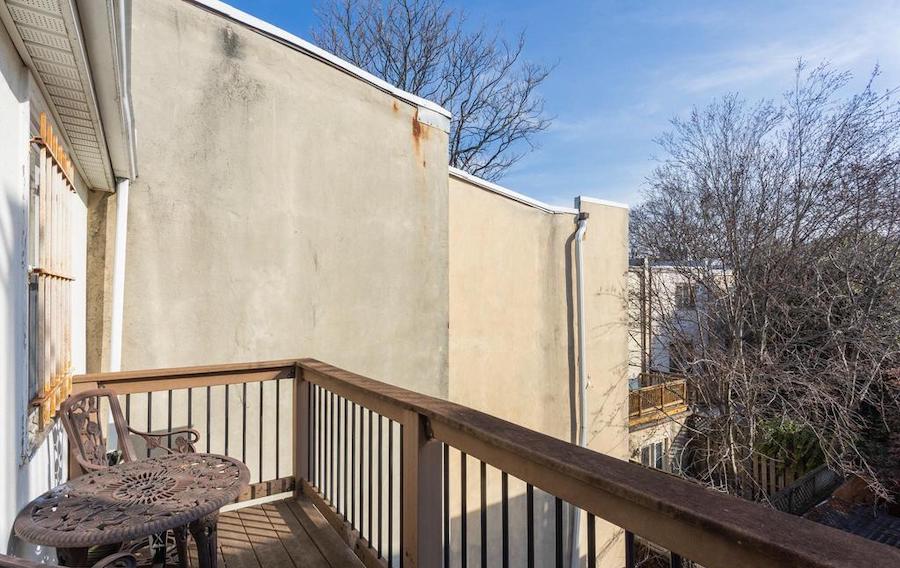 The top-floor bedroom has a skylight and a private rear deck. 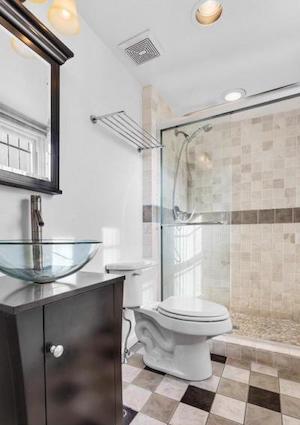 Its bathroom is a little more stylish: It has a glass vessel vanity and a stone-tile-lined shower.

This extra-large trinity is also conveniently located to many neighborhood amenities and attractions. It’s just off the 1000 block of South Street, which means that the Acme and Whole Foods at 10th and South, the CVS at 11th, Philadelphia’s Magic Gardens and Palumbo Playground are all a block or less away. Seger Park, ditto. And Antique Row, the Italian Market and the South Street entertainment district are also close at hand.

One other thing that supports a conclusion that this Bella Vista Colonial trinity house for sale was built in 1920 and not earlier: It has no additions or extensions but contains more than 1,100 square feet of space. That’s large for an unaltered trinity. And I’m sure you will appreciate the extra room.