On the Market: Extended Alley Trinity in Queen Village

This attractive trinity got just enough room tacked onto its rear to make it suitable for entertaining — or for a small family. 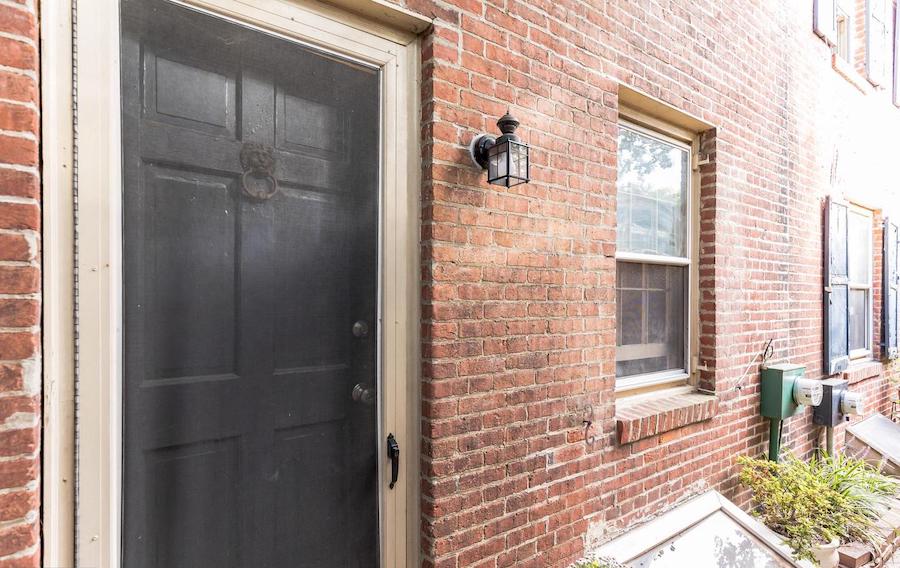 The front of this handsome alley trinity at 233-C Fulton St., Philadelphia, PA 19147, looks like that of many other traditional trinities in Philadelphia. But behind it you will find a little something extra. | Bright MLS images via Coldwell Banker Realty

Anyone who lives in a trinity and enjoys entertaining friends learns quickly that:

There are, however, trinities where these rules don’t quite apply. Most such trinities resemble this Queen Village extended alley trinity house for sale.

The extension — in this case, a two-story rear addition that includes an extension in the basement — is what makes this house work as a place to entertain. 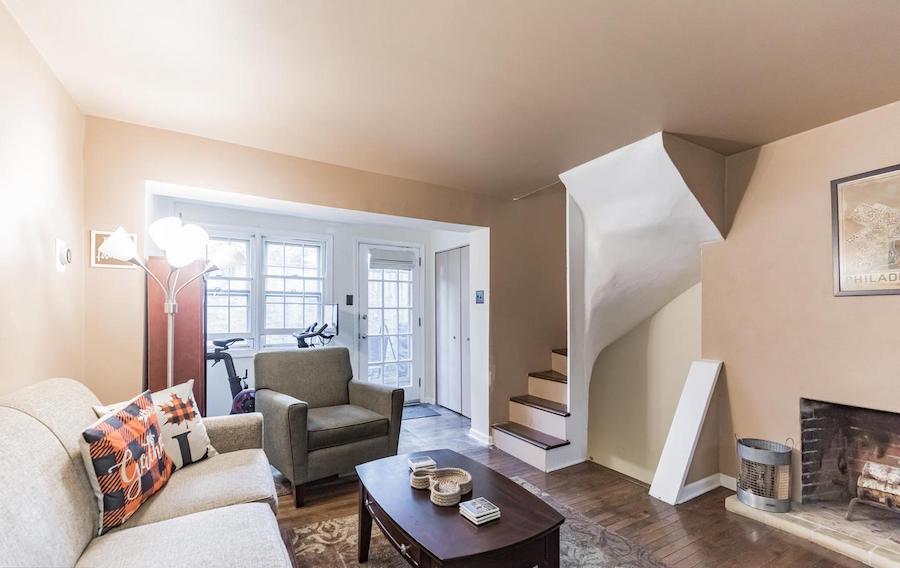 Not all such extensions work as well as this one does, however. Some tack separate rooms onto the main floor, for instance. Not this one: Its living room is a single open space with a working fireplace and large windows in back that let plenty of natural light in. That ample space means you can accommodate extra guests. 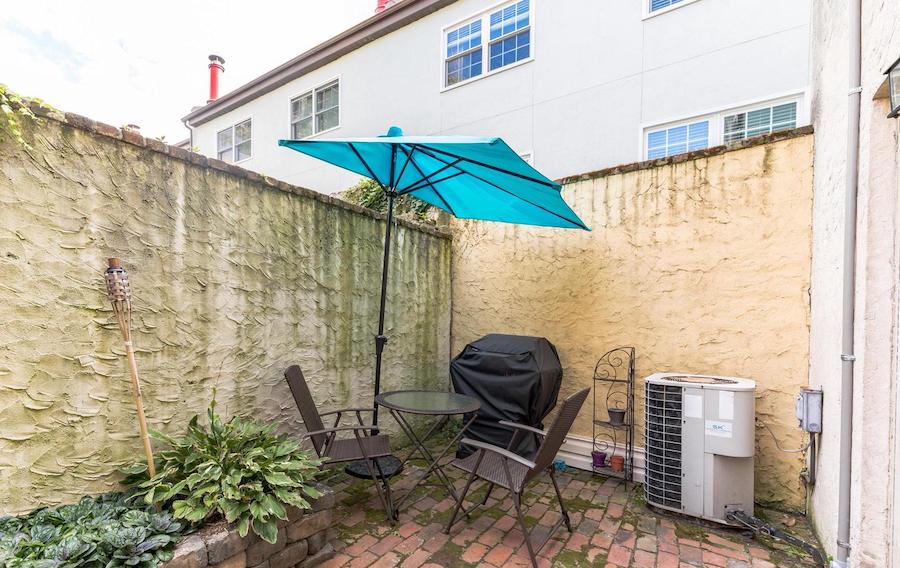 And in back of the living room, a patio allows you to take the party outdoors in good weather. 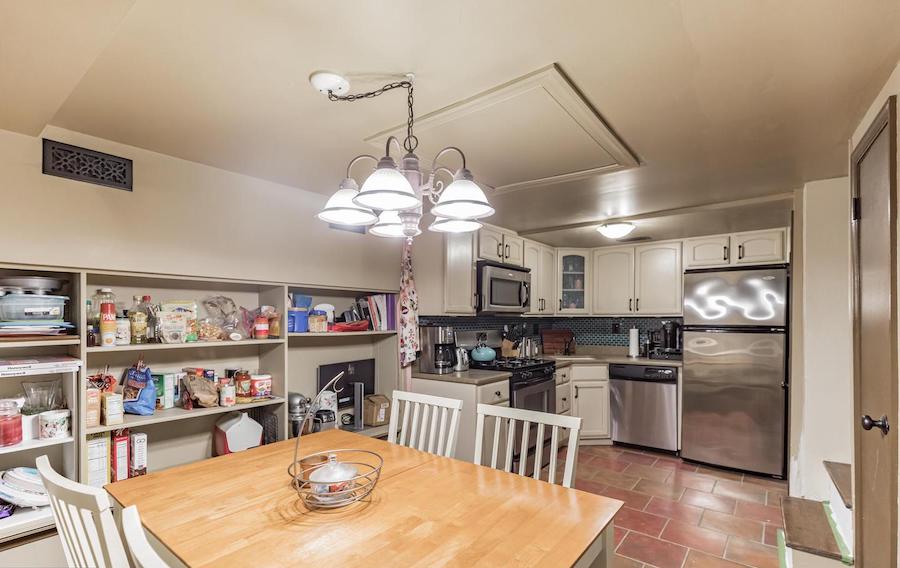 Down below, the extension added room to the kitchen, turning it into a true eat-in space that can seat four. And along with the room for dining, you get up-to-date stainless-steel appliances, plenty of cabinet and open-shelf pantry space, an attractive blue-subway-tile backsplash and a second working fireplace. 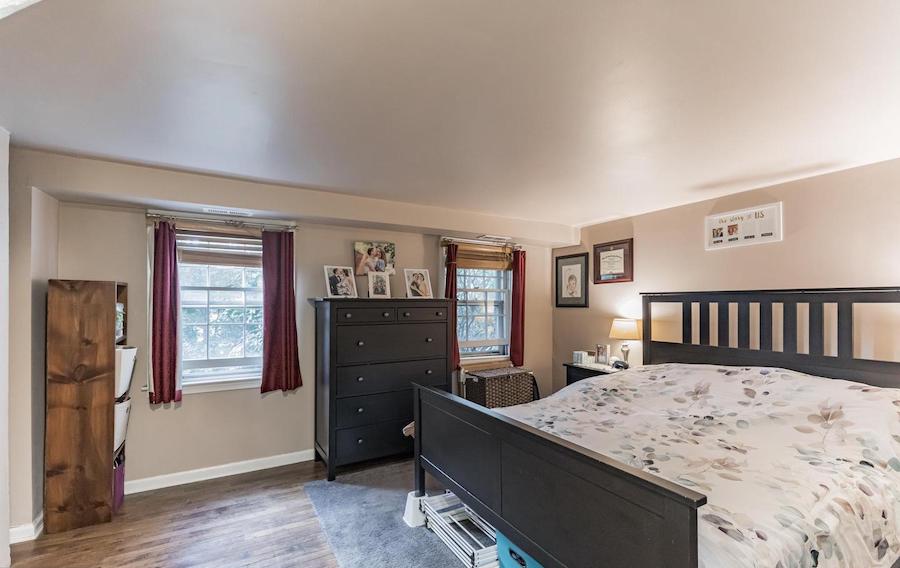 The extension also made possible two bedrooms, each with a bathroom on their floor. 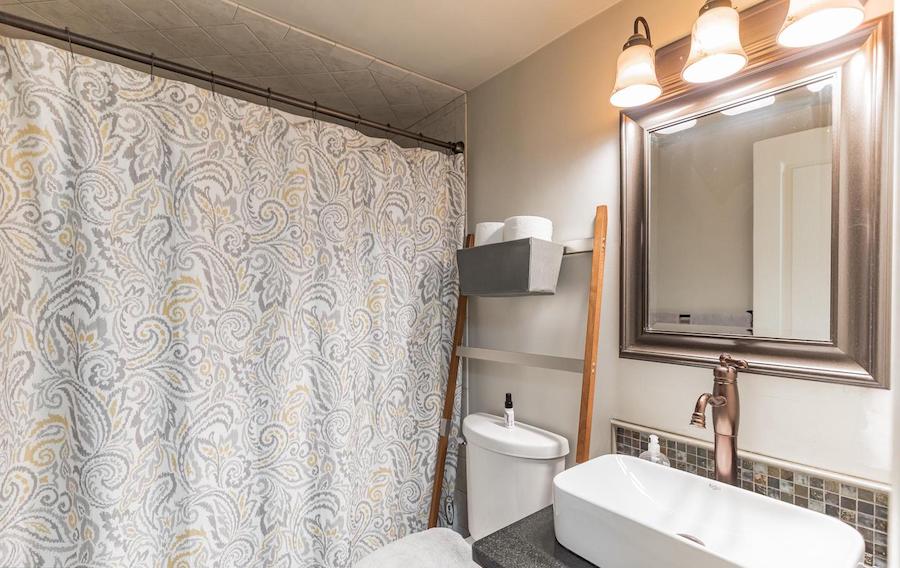 The second-floor bathroom sits off an alcove and has a handsome modern vanity as well as the laundry. 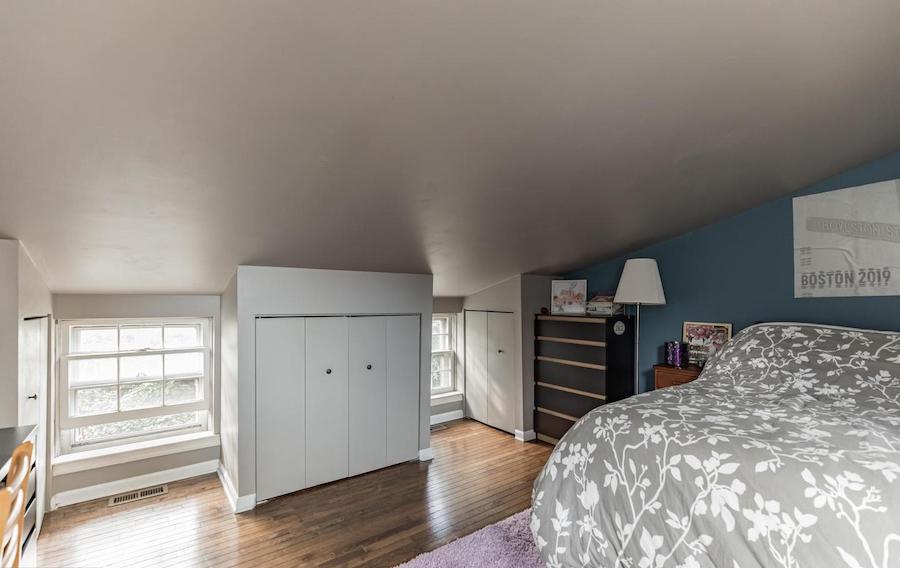 The top-floor bedroom sticks its closet between its windows. 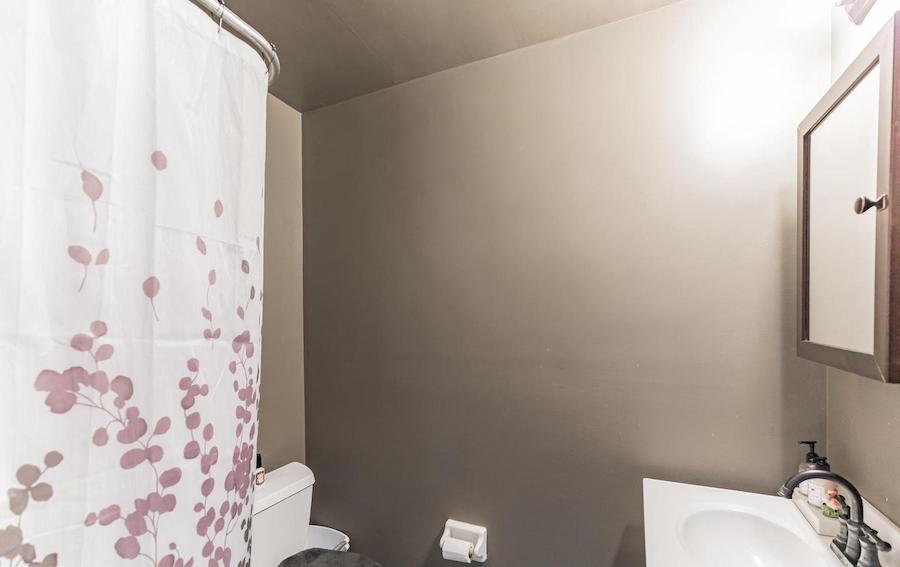 It also has a small full en-suite bathroom, making it the primary one. 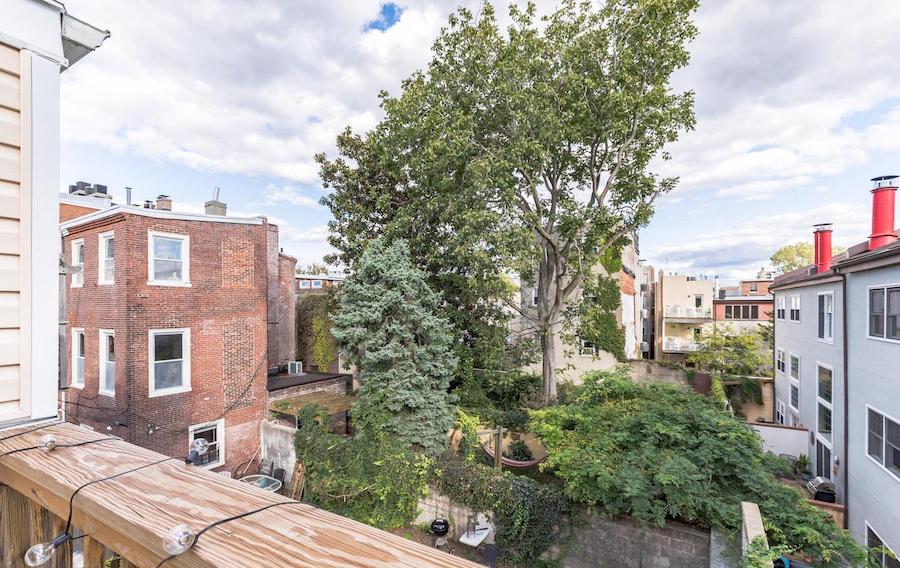 Its sloped ceiling might make it feel claustrophobic were it not for what lies outside it, next to that bathroom: A private rear deck that overlooks the green interior of its block. 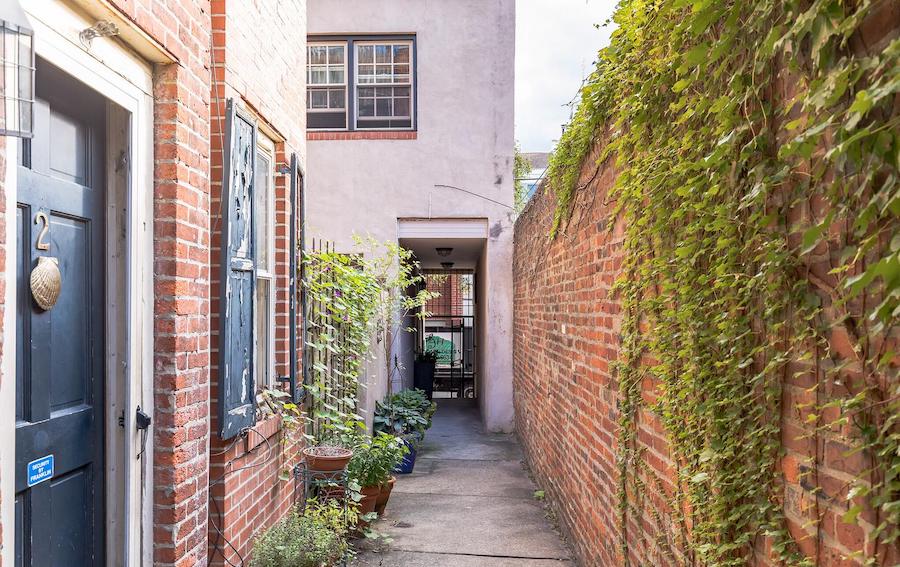 This Queen Village extended alley trinity house for sale and its neighbors are all older than both that row of street-facing houses and the one beneath, which you pass to reach its secluded lane.

And for those times when you don’t feel like entertaining your friends at home, you have plenty of great places to meet them all around you, from New Wave Cafe to Red Hook Coffee and Tea to the restaurants on Bainbridge Green. And even more great eateries and meeteries lie just a little farther away, on South Street, in Head House Square, in Little Saigon and around the Italian Market.

One other type of homeowner might also find this expanded trinity appealing: a young couple interested in raising a child in the city. With two spacious bedrooms and a large eat-in kitchen, they would have room enough for their first little one — and room enough to raise them there until they’re old enough to enter the highly sought-after William M. Meredith School, in whose catchment this house lies.