This large, lavish residence mixes architectural styles spanning three centuries. And it has loads of mahogany to boot. 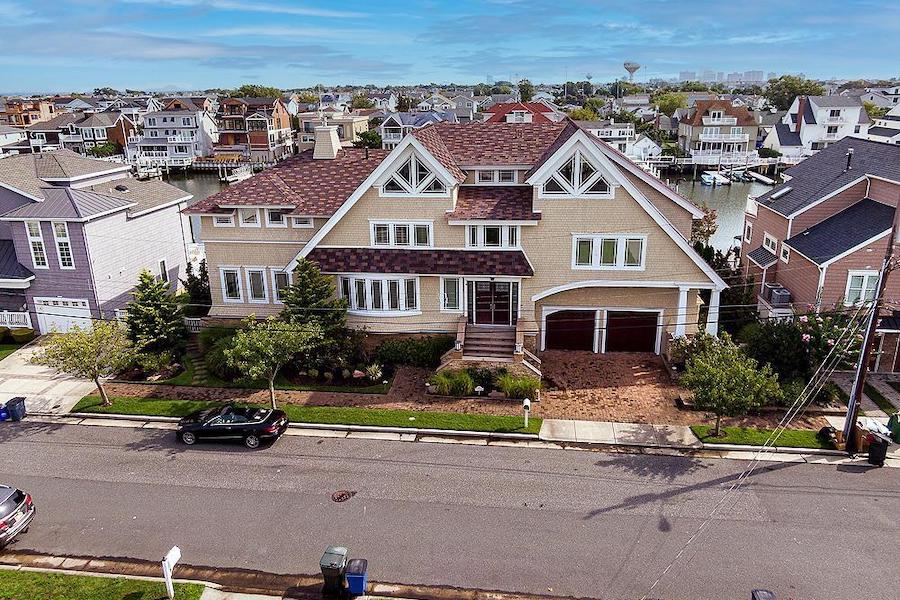 Looking for an elegant, old-school Jersey Shore house in Margate but (a) want to live on the water (b) want all the modern bells and whistles?

Then you want this young (16 years old) Shingle Style house located on the Orient Canal, on the bay side of Margate’s Parkway district.

Calling this house a “Margate Shingle Style house for sale,” however, is a little inaccurate, for even on the outside, it’s clear that builder Ted Hunter decided to make this house a style mixtape when he built it in 2005.

The giveaway? The windows. The windows clearly take their cues from the Arts and Crafts movement.

And the Craftsman force gets even stronger once you walk through the front door. 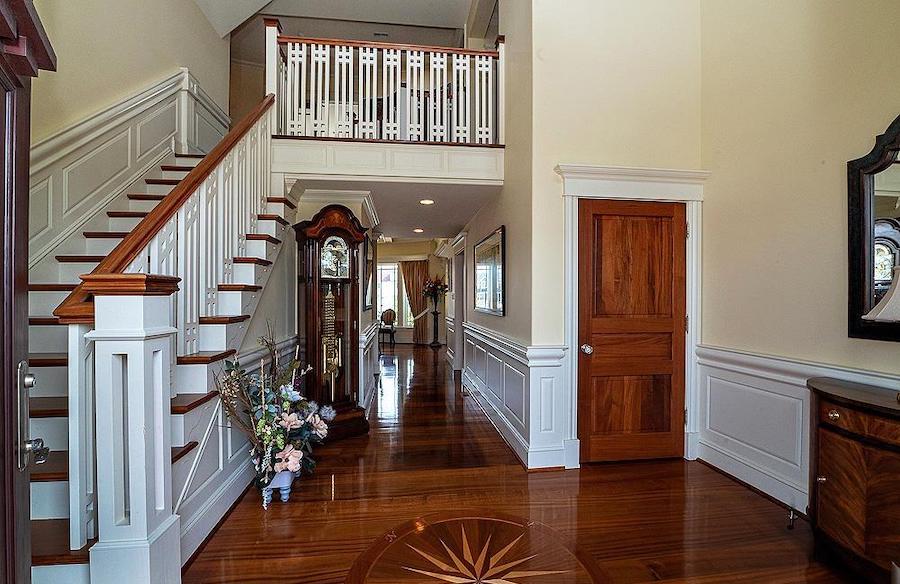 The stair railings in the foyer are pure Arts and Crafts. But you can also see other influences in addition to that early-20th-century one: The wainscoting comes straight out of the 18th-century Colonial tradition, and the compass-rose inlay in the mahogany floor is one of several Art Deco-esque accents you will find as you explore this house. 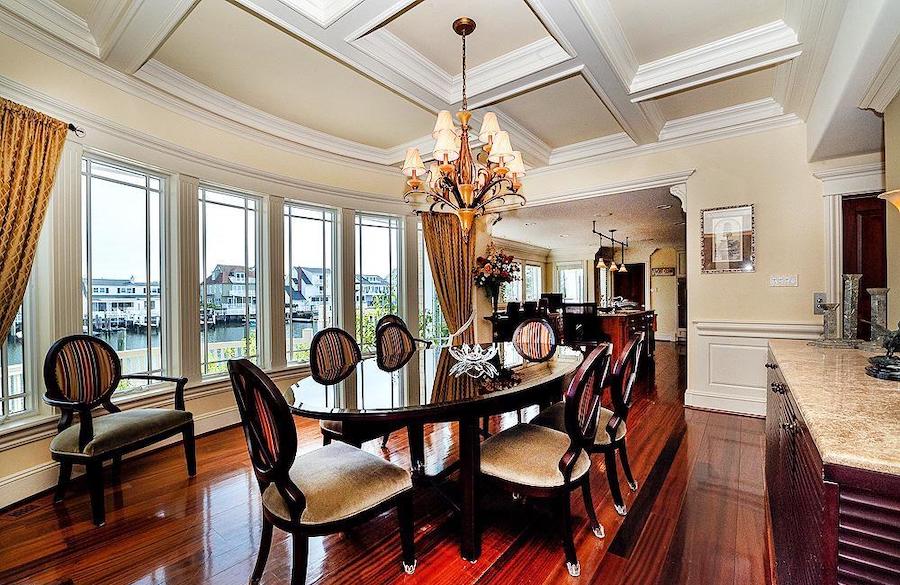 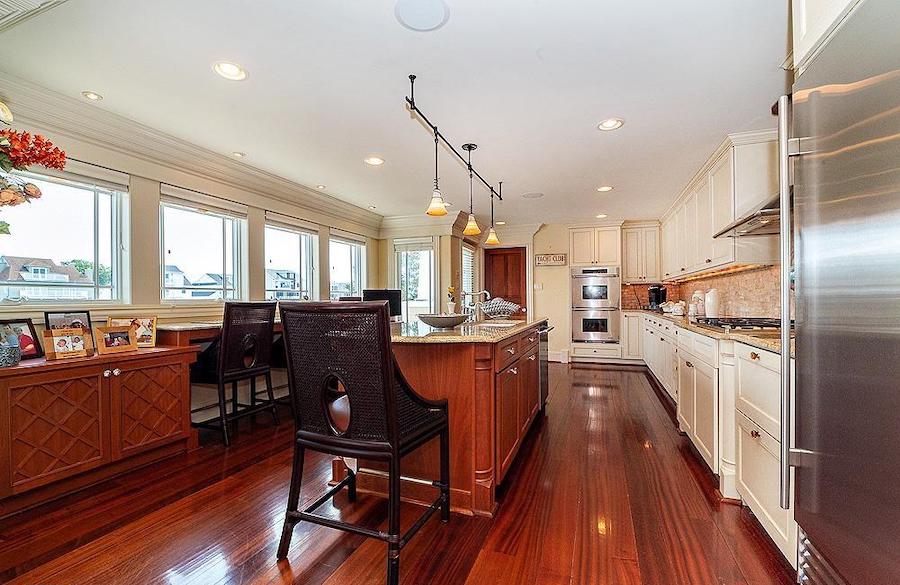 On one side of the dining room is a spacious kitchen equipped with top-of-the-line appliances and breakfast bar seating facing the windows that look out over the Orient Canal. 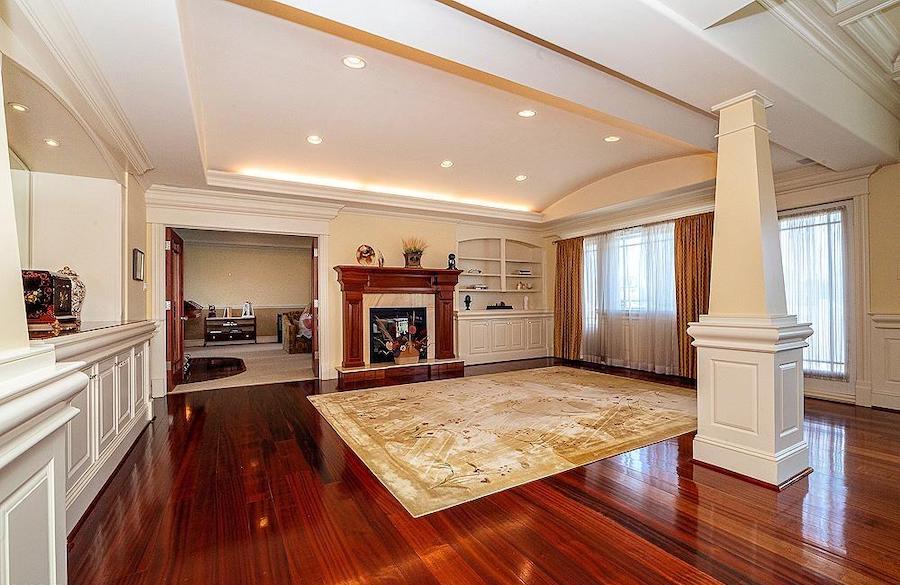 On the other, a living room with built-in display shelves, a mahogany-framed fireplace and a mirrored display nook includes Craftsman columns atop Colonial bases and an arched tray ceiling. 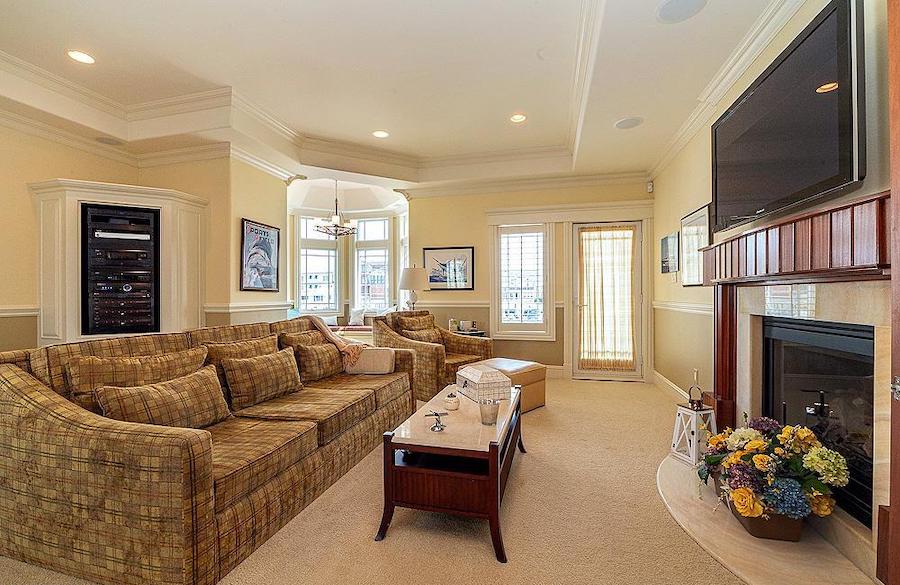 Beyond the mahogany doors next to the fireplace — according to the listing, there are 60 of these in this house — is a family room with a bar. The family room also has a mahogany-framed fireplace, and the built-in audio equipment cabinet is a very thoughtful touch. A projecting bay at the canal end has banquette seating. 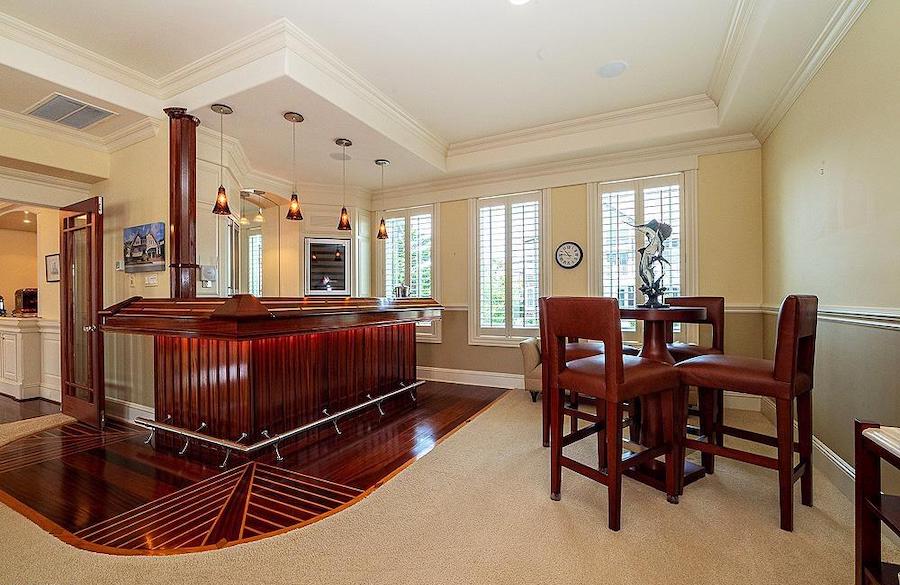 And both the fireplace and the nicely outfitted mahogany bar at the other end add Art Deco flair to this space. (Did I tell you that this house has lots of mahogany in it?) 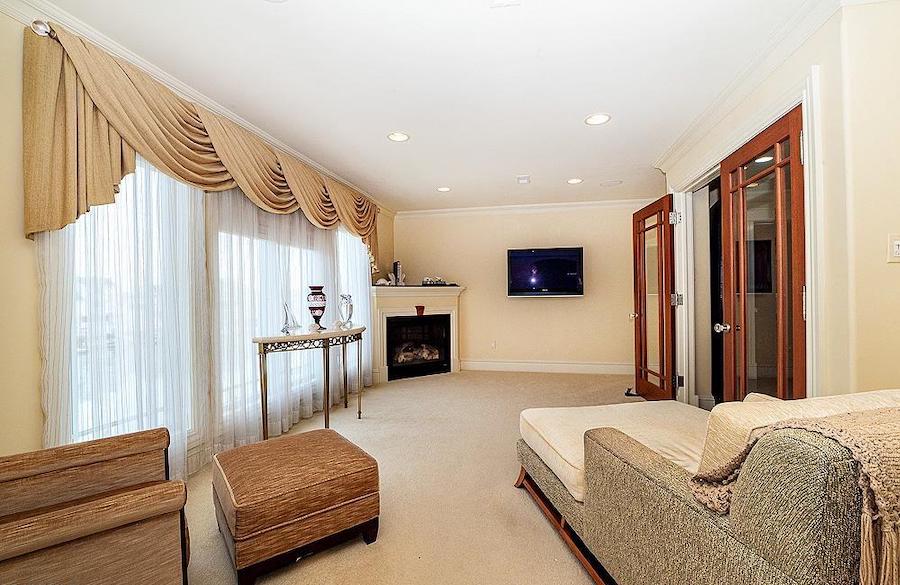 French doors at the top of the stars from the foyer — yep, mahogany again — open into the primary suite sitting room. 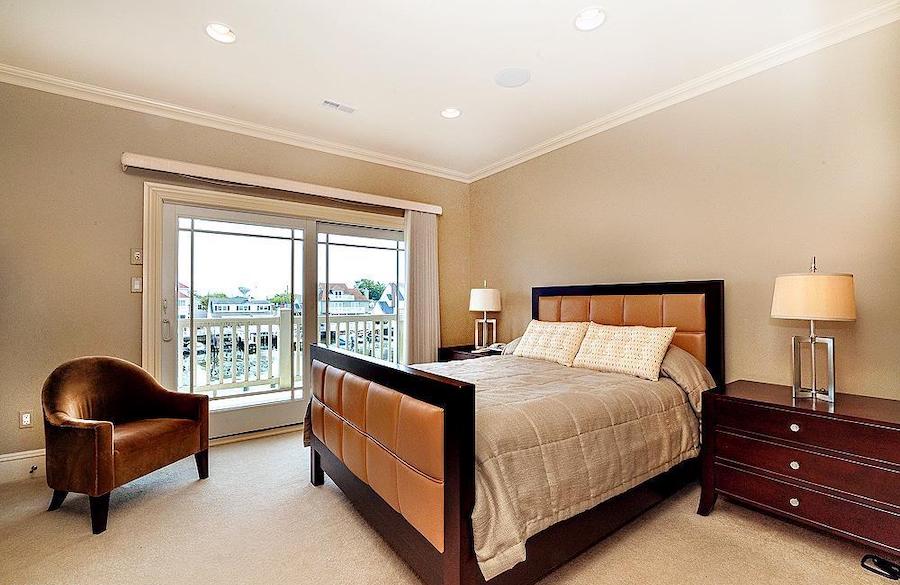 The large primary suite spans about half of the second floor’s canal-facing side. 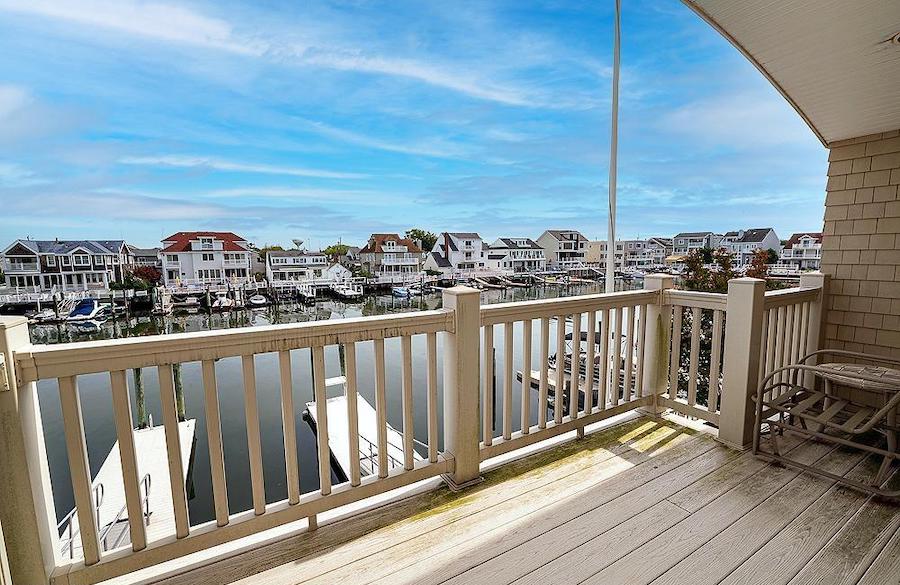 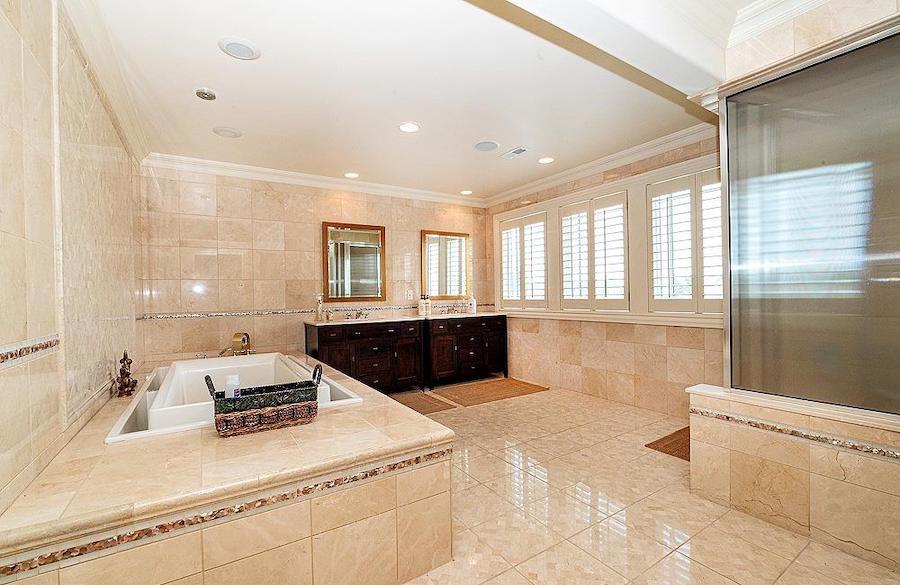 Its bathroom exudes luxury without going over the top. It’s outfitted with an infinity soaking tub, a steam shower, dual vanities and dual toilets. 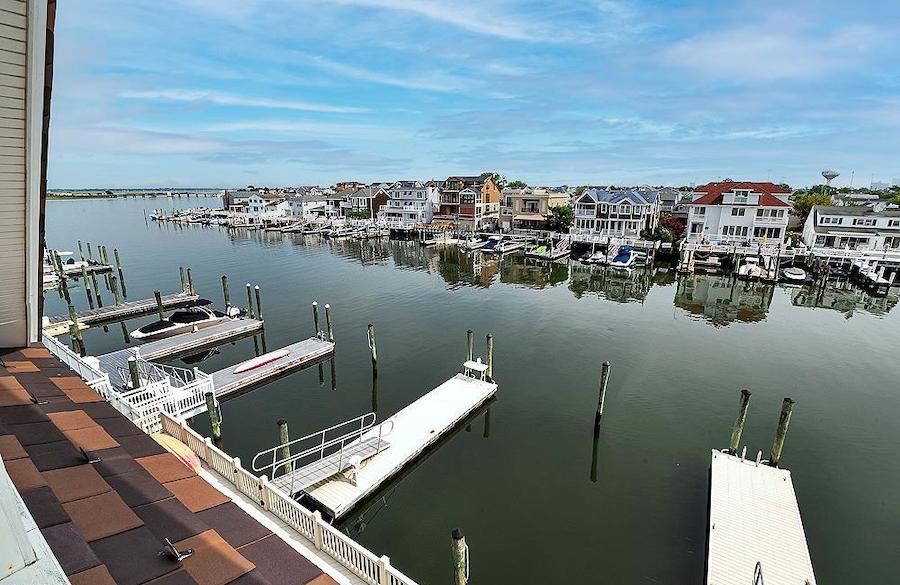 The third floor consists of a large bonus room that can serve any number of purposes, including a game room, home theater, gym and home office. It also has its own balcony overlooking the canal. 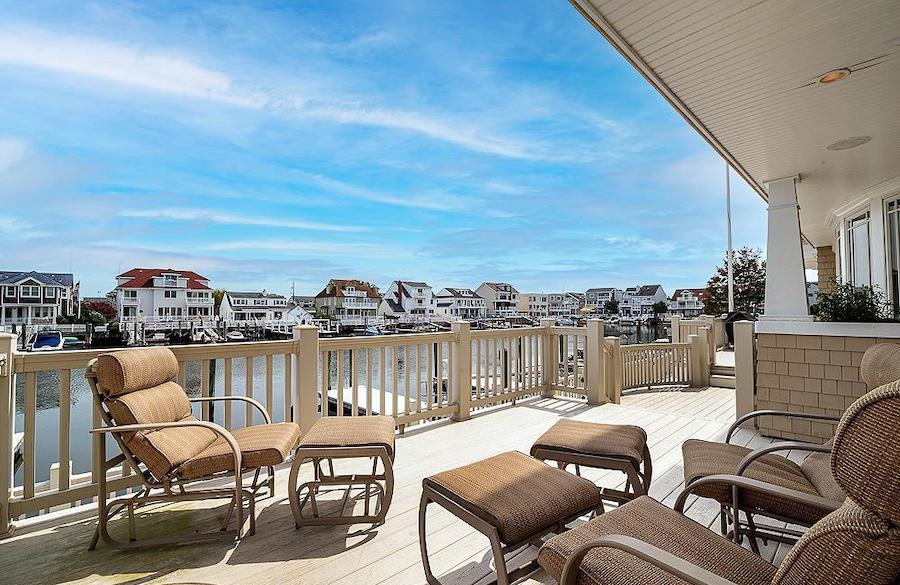 In case you’ve been keeping count, that makes three outdoor spaces incorporated into this house. The fourth is a bi-level deck behind the main floor, accessed from the living room and kitchen. 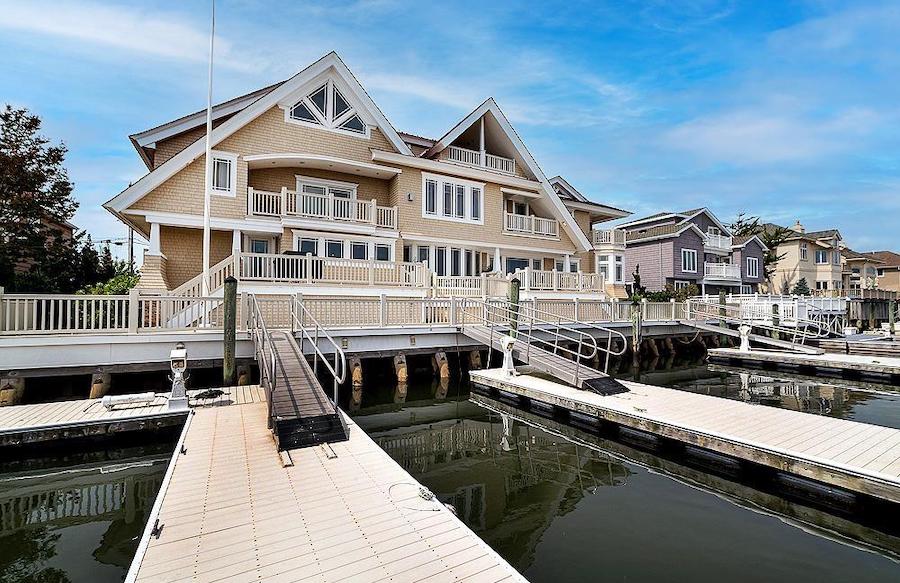 The lower level of the deck has five — that’s right, five — boat slips attached to it. This means you can invite your relatives and friends to come visit you by boat as well as by car and on foot. The main-floor decks also have a barbecue/rotisserie/smoker grill, two fishing stations and a cabana shower.

All the extras, including the extra space inside, are made possible by the double lot this house sits on.

With all these goodies, it should be clear that the only thing old-school about this Margate Shingle Style house for sale is its appearance. In every other aspect, it’s totally in tune with modern times.

OTHER STUFF: Its two-car garage is heated and has finished floors. This house’s sale price was reduced by $500,000 on Sept. 20th.