On the Market at the Shore: Simple Victorian in Cape May

While this house is modest compared to some of the grander Victorian houses in the city, homes like this one also contributed to making the entire city a National Historic District. 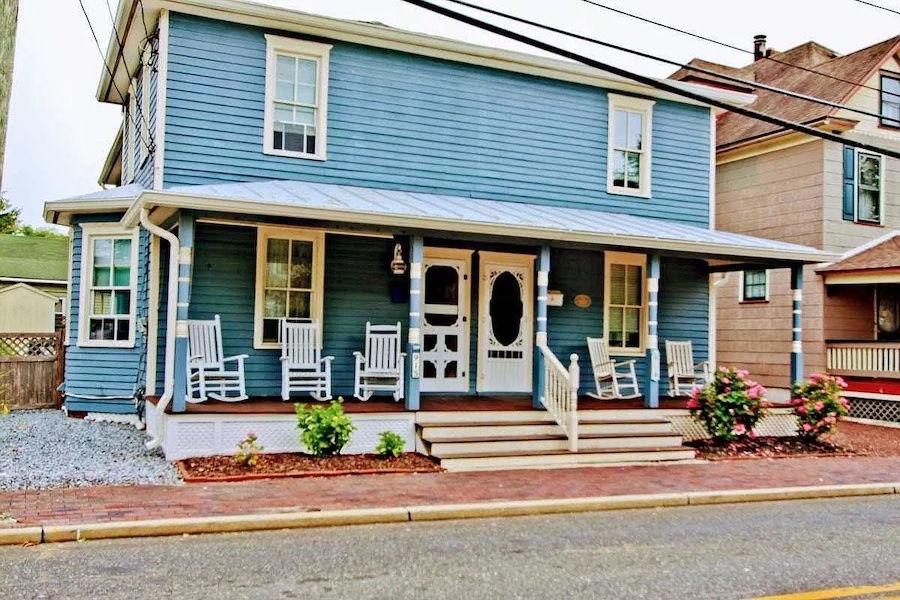 It takes a supporting cast as well as stars to make a movie, and it takes modest houses like this one at 915 Madison Avenue, Cape May, NJ 08204, as well as grand structures to make a historic district. | Cape May County MLS images via deSatnick Real Estate, LLC

The Jersey Shore as we’ve come to know it was born in Cape May. Easily reached from Philadelphia by sailing down the Delaware River to the mouth of Delaware Bay, and almost as easily reached by oceangoing ships from New York, the town at the very southern tip of Cape May began attracting summer vacationers in earnest shortly after the War of 1812. From the 1850s onward, grand hotels were built to accommodate the growing number of visitors. Along with these hotels, houses both lavish and modest rose to welcome individual families who spent their summers in Cape May.

This Cape May Victorian house for sale, half of a twin built in 1870, is one of those modest houses. But along with more elaborate houses, these more simple homes contributed to the National Park Service’s designation of the entire city of Cape May as a National Historic District.

Fortunately, historic designation doesn’t prevent a homeowner from updating the inside of a house. And you’ll find that once you step through its front door, this one has a very modern heart. 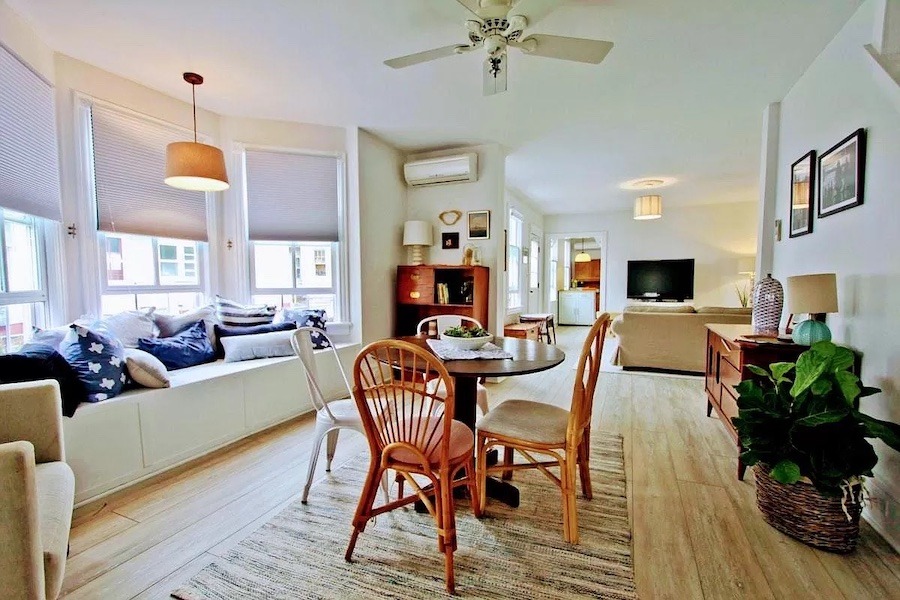 That heart consists of the open-plan main floor. It has a banquette in its bay window up front, and the stairs to the second floor are open to that part of the floor as well. (A powder room sits beneath them.) 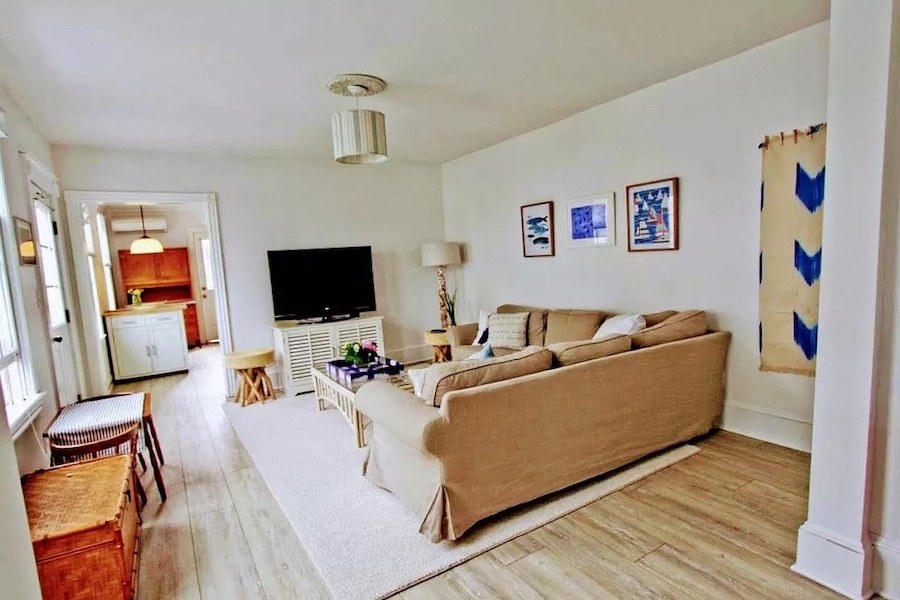 These elements no doubt explain why the dining room is in the front of this space and the living room is at the back. 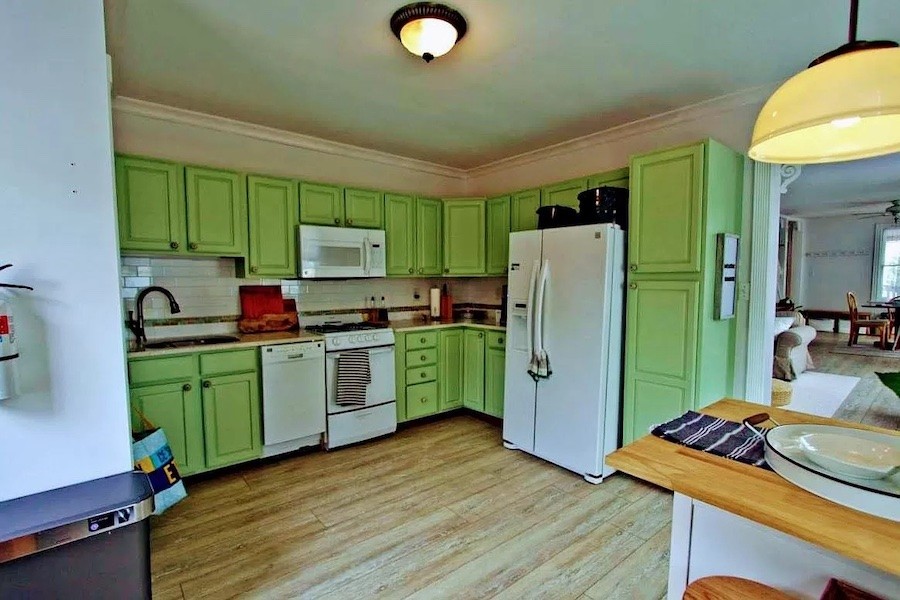 The kitchen, however, remains a space unto itself. Its rolling island can seat two people, and it’s large enough that you could put a dining table in its center.  It also has a full complement of modern appliances, including a dishwasher and a microwave over the range. 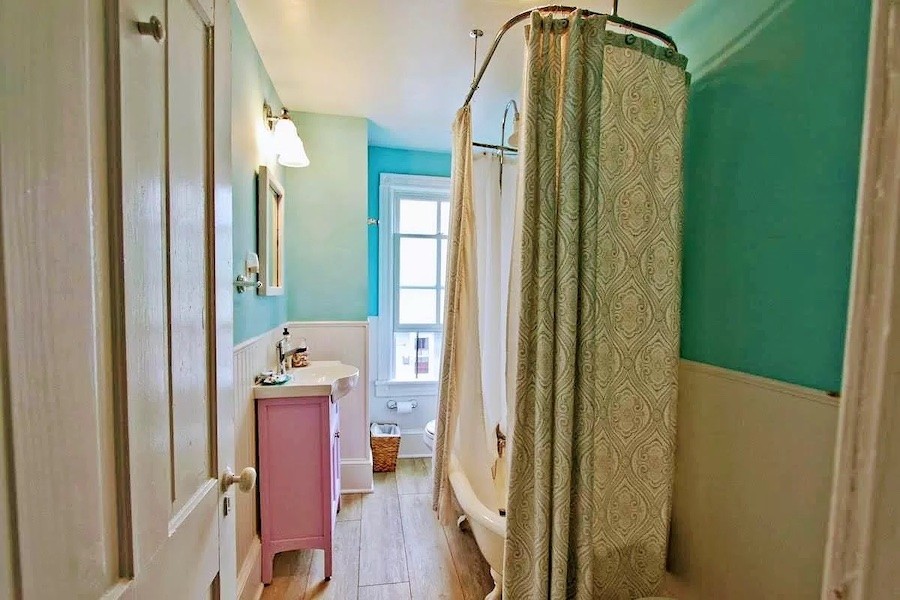 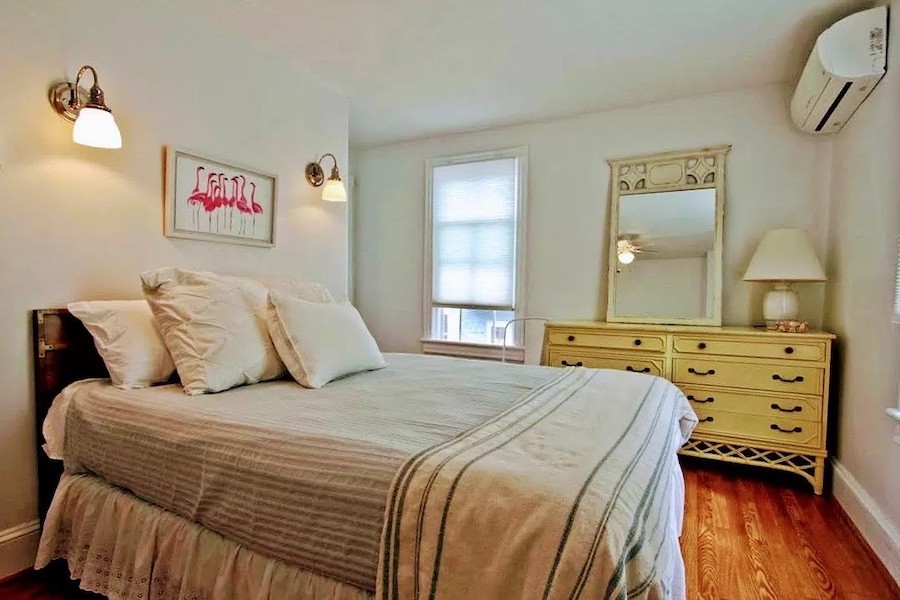 The middle and rear bedrooms are connected by a doorway and thus could serve as a primary bedroom. 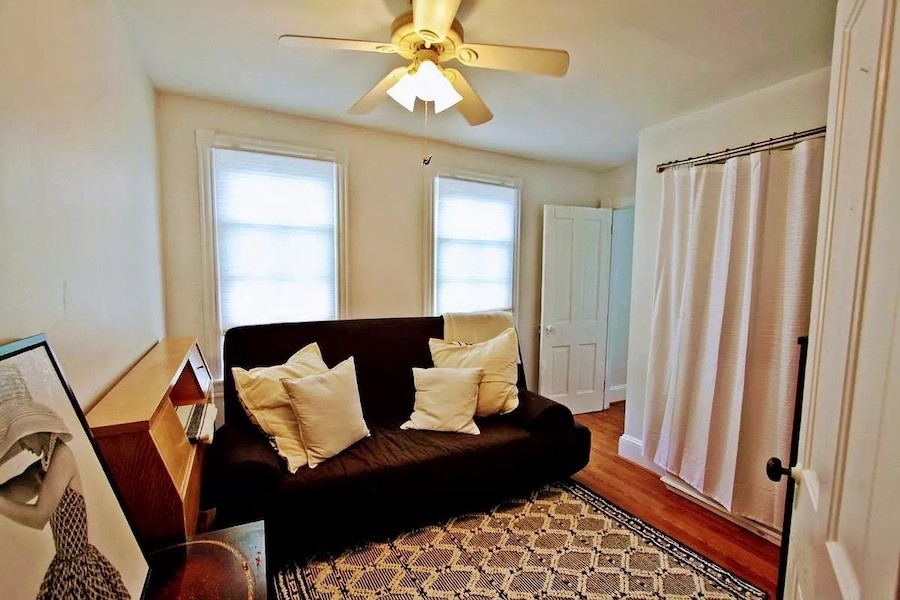 It appears that the current owner appreciates this, since the middle bedroom currently functions as a sitting room. 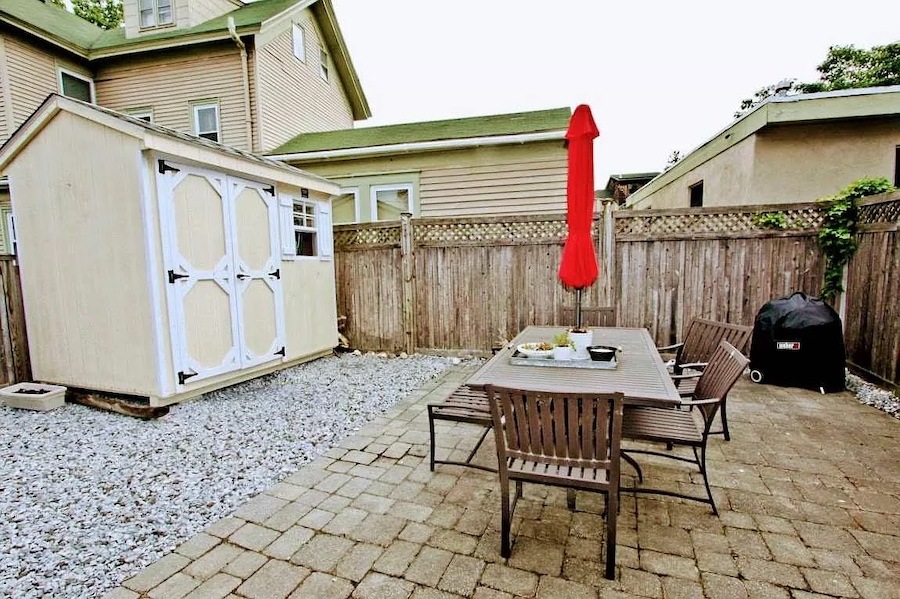 In back is a large backyard with a paver patio and a storage shed. Add a grill, and you have a great space for outdoor entertaining.

Or your guests will. Currently, this Cape May Victorian house for sale is rented to vacationers. If you’re looking for a way to supplement your income, this is a good one. But it’s also a good option if you want a summer place of your own at the Shore but don’t want to pay an arm and a leg for it.

OTHER STUFF: A common homeowners insurance policy covers both this house and its attached twin, but there are no homeowners association fees. The house is being sold as is.