This trinity is one of those rare birds that postdates the Great Depression. Located on a gated private lane, it offers modern amenities in traditional dress. 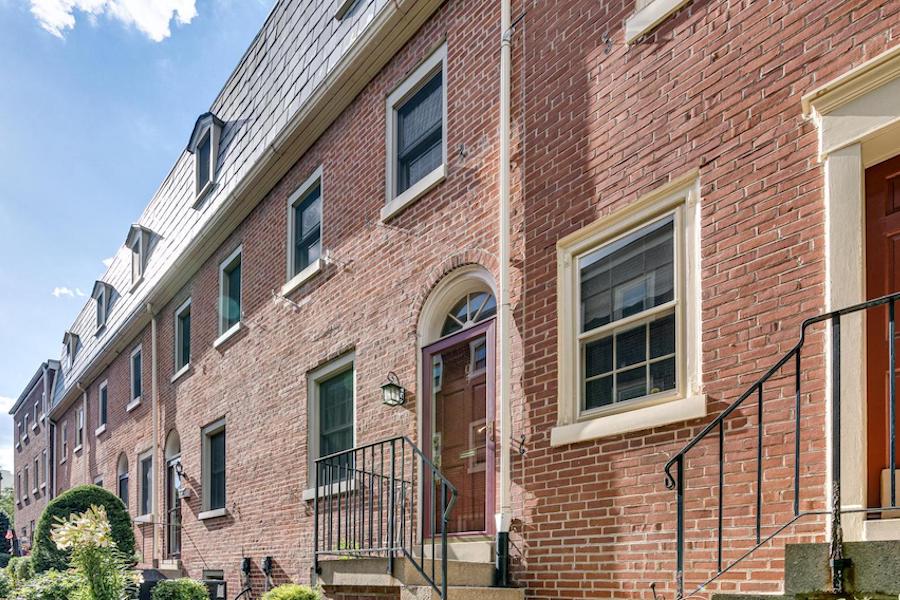 This mansard-roofed trinity looks like it dates to somewhere around 1860. Instead, it was built in 1960, but it plays very nicely with its older neighbors. You’ll find it in a gated community at 770 S. Front St. #105, Philadelphia, Pa. 19147 | Bright MLS images via Keller Williams Philly

We refer to the trinity here as “the original tiny house” because they are among the oldest house types in the city. You can find houses of this type on Elfreth’s Alley dating to the mid-18th century.

But by the mid-20th century, they had by and large fallen out of favor. Very few trinities in this city bear construction dates after 1930.

This Queen Village midcentury courtyard trinity house for sale is one of them.

It was built in 1960, during the era of “urban renewal,” when Philadelphia under planner Ed Bacon distinguished itself by not simply leveling vast swaths of Society Hill in order to build what Jane Jacobs called “chunks of Radiant Garden City.”

Even though Society Hill does have one such chunk — Society Hill Towers — most of it was redeveloped much as this parcel of land on South Front Street was a few years earlier. 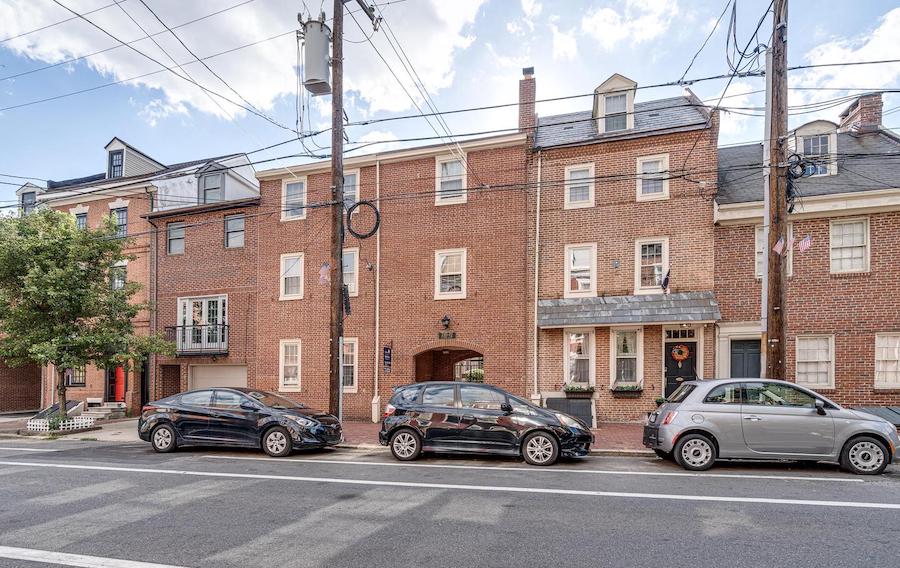 Clymer Court as it appears from Front Street

Here, a private developer whose identity is probably lost to time took a chunk of land with some trinity houses already standing on it and built a row of new ones to complement them. They called the project Clymer Court. 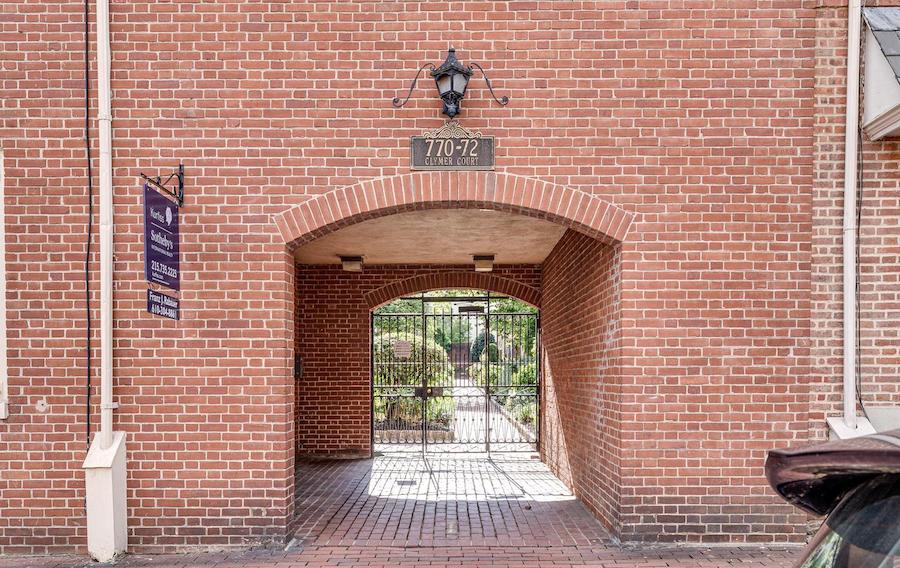 The new houses included a larger rowhouse on Front Street itself that harmonized with its neighbors and covered the gated entrance to the courtyard on which the two rows sit.

What that means is that with this trinity, you get privacy, security, and modern amenities in a traditionally styled package. 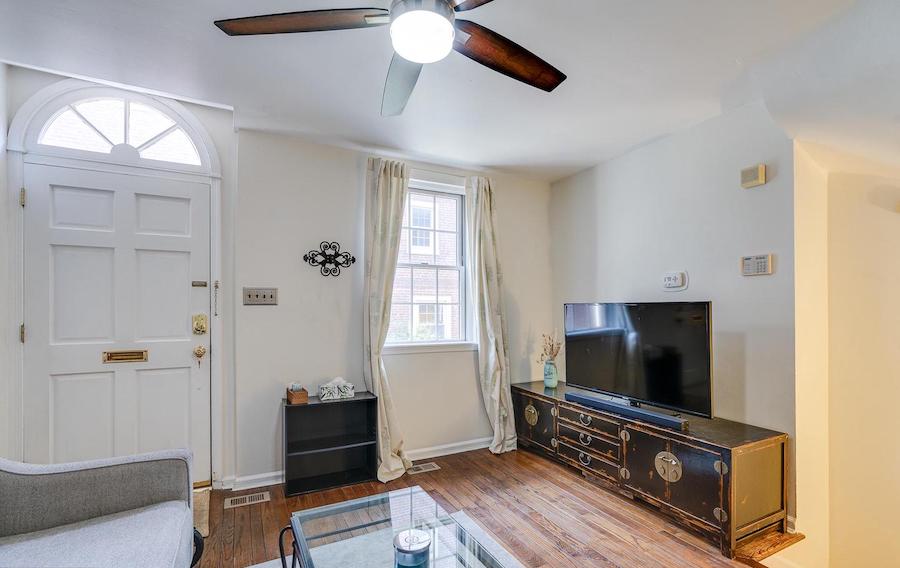 The house follows the traditional four-story trinity layout: living room on the main floor, second bedroom and bathroom on the second floor, primary bedroom on the third, kitchen in the basement. 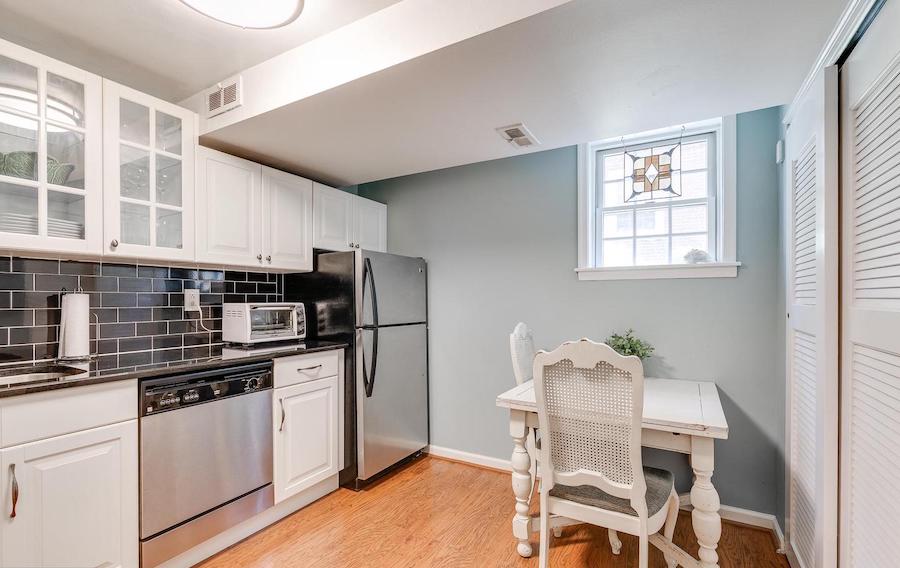 But because the main floor is elevated a few steps more than usual above the courtyard, the kitchen has something not found in many trinities: a window large enough to let in more natural light. 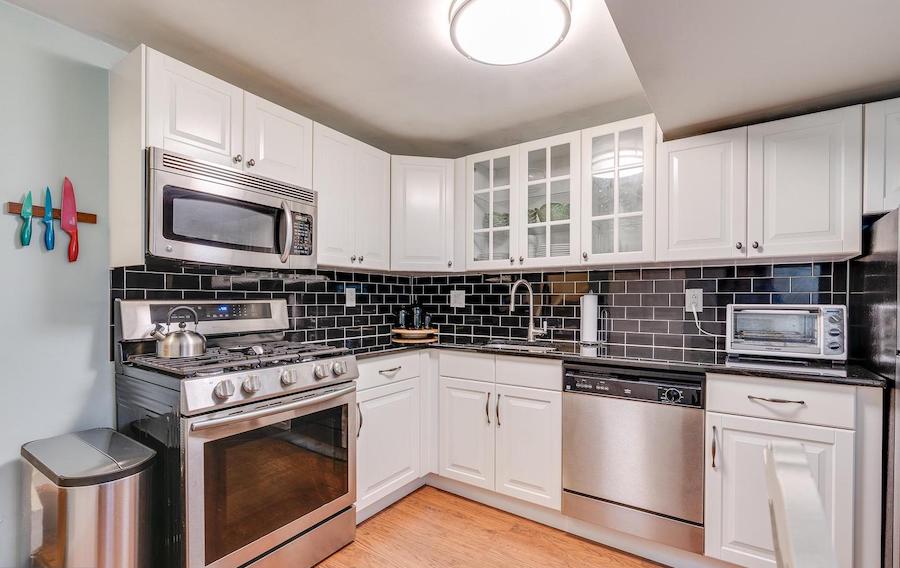 The kitchen and bathroom have both been recently updated; the eat-in kitchen features quartz countertops, a black subway tile backsplash and a full complement of stainless-steel appliances. 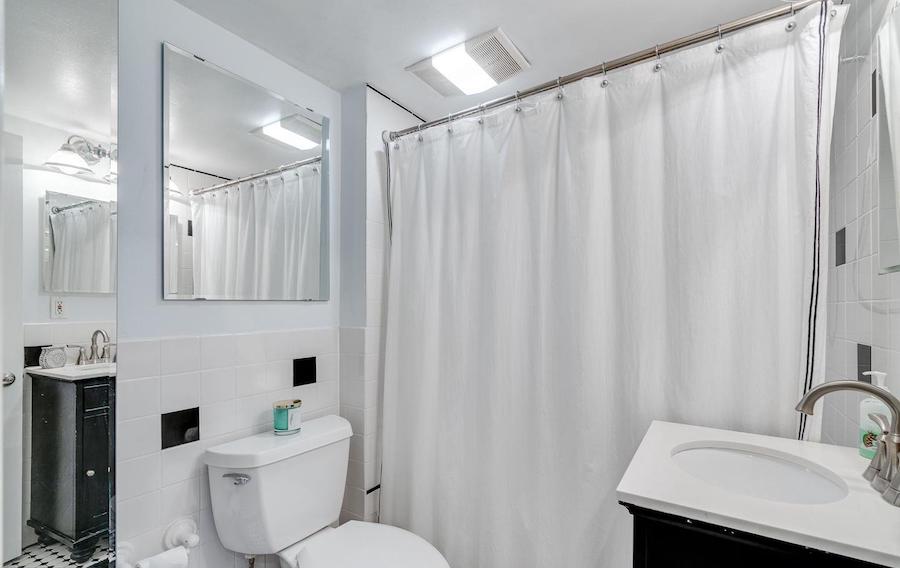 And because it was built more recently, its trademark spiral staircase is not as narrow as those older ones. That means you should have less of a problem getting your mattress and furniture up to the upper floors. 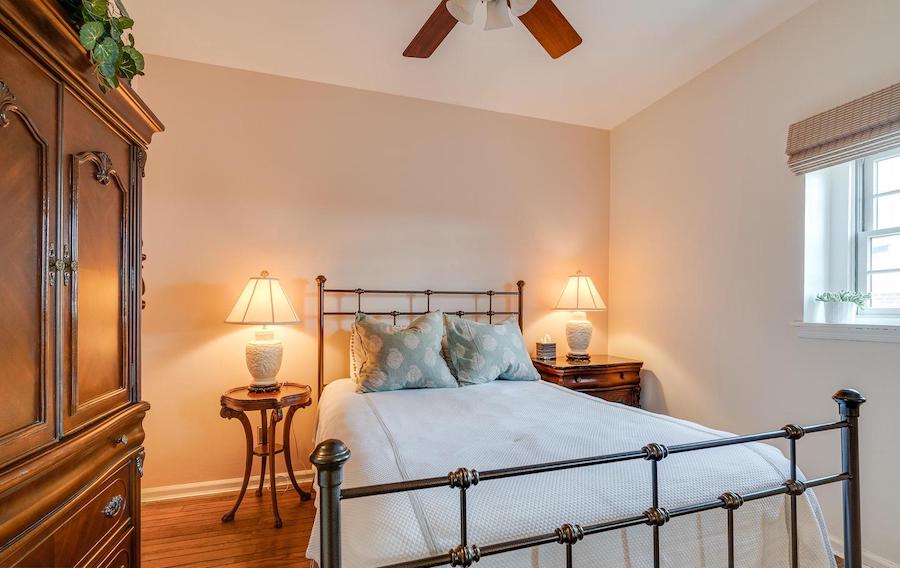 The second-floor bedroom can serve as a home office if you now find yourself working from home most of the time. 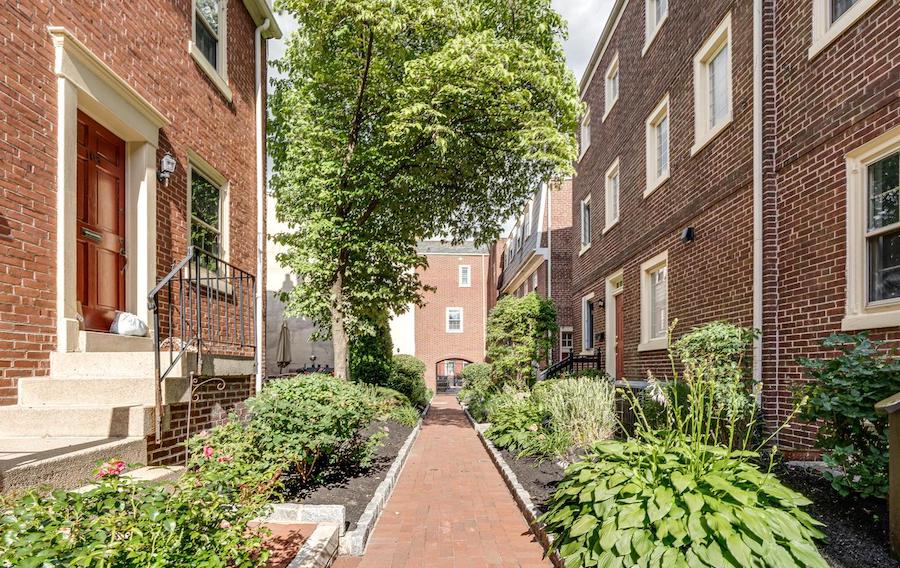 As for outdoor space, the gated courtyard includes a side yard with a grill that residents of this development can use.

And in addition to being well maintained and updated, this Queen Village midcentury courtyard trinity house for sale is conveniently located. You will find South Street and Head House Square about four blocks away, the Delaware riverfront an equally short walk over I-95 at South Street, and several great restaurants also within walking distance. Bainbridge Green, Mario Lanza Park and two SEPTA bus routes are also nearby.

All this makes this trinity a great choice for any buyer who wants that old-house look but not those old-house issues.

OTHER STUFF: A $194 monthly homeowners association fee covers insurance for and maintenance of the common areas, including lawn care and the security gate. It also covers common area water service and trash and snow removal.