Once a triplex, this house became whole again in 2009. The owners who bought it five years later gave it a midcentury Scandinavian personality. 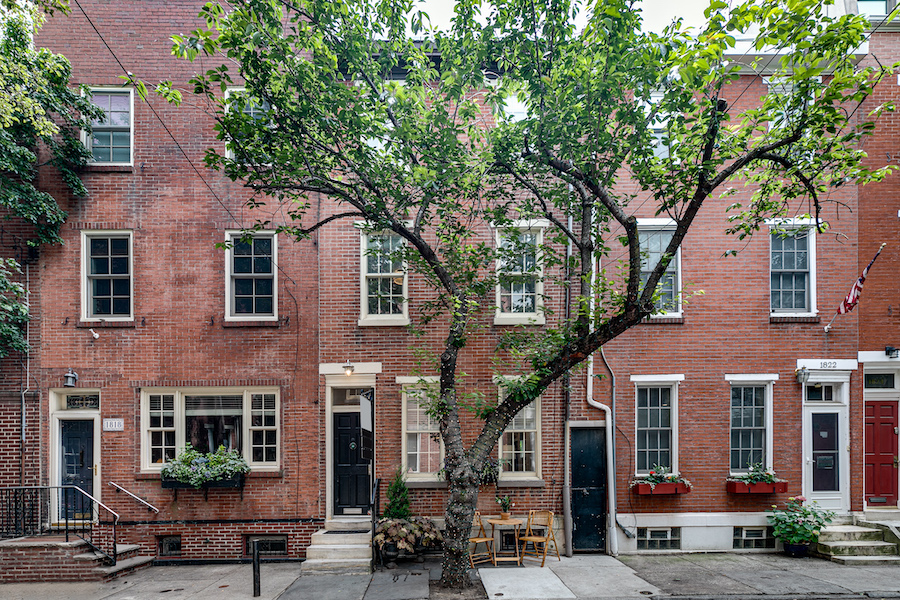 If you think this Addison Street scene looks charming, just wait until the sun goes down. You will be able to look out on one of the city’s most magical streetscapes from the living room of this house at 1820 Addison St., Philadelphia, Pa. 19103 | Photos: Powelton Digital Media Group via Compass

Would you like to own one of those striking midcentury modern houses that dot East Falls’s upper reaches?

You would, but you don’t want to live in East Falls? You’d rather be closer to the heart of the city?

You’re in luck, for the owners of this Addison Street townhouse for sale in Rittenhouse Square have bought the East Falls midcentury modern aesthetic into the heart of the city.

Or, if you prefer, the midcentury Scandinavian modern aesthetic.

The groundwork for this handsome house was laid in 2009, when a previous owner took what had been carved up into a triplex and knitted it back together again. Then the current owners bought it in 2014 and turned it into what you see here.

The house gave them good raw material to work with in the form of its hardwood floors and built-in bookshelves. 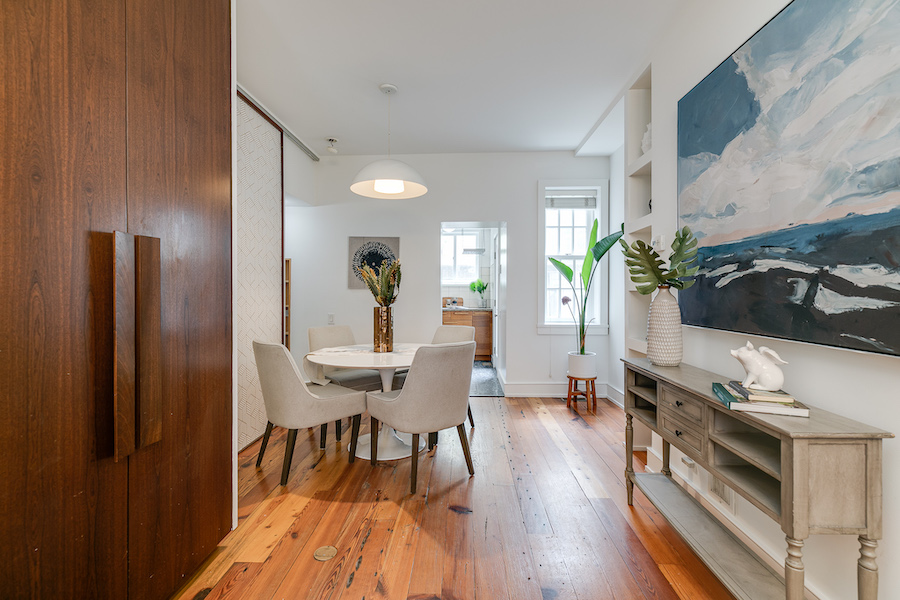 All it took to turn its living and dining rooms into svelte contemporary spaces was some new wood cabinets and modern lighting. 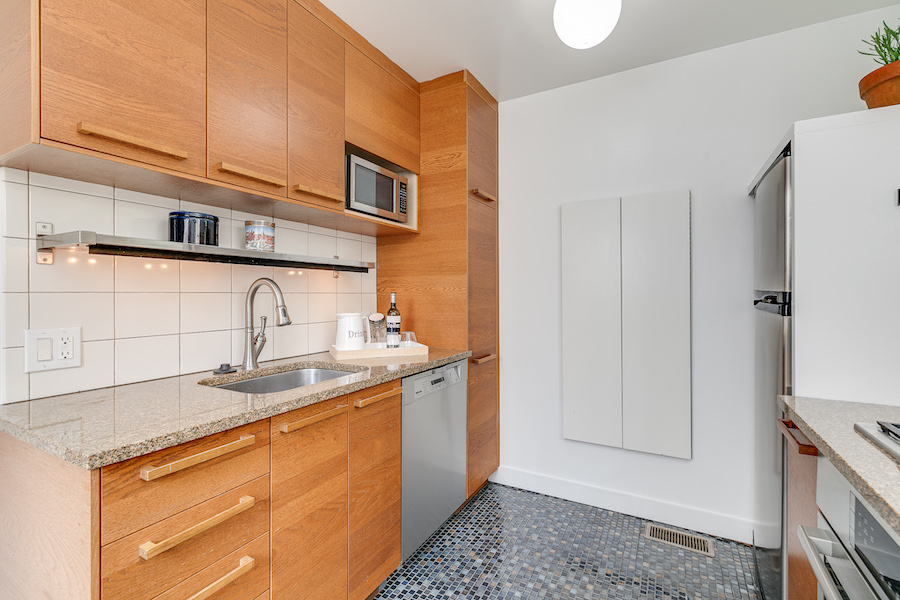 Bringing the kitchen into the 1960s took a little more effort, but it was worth it. 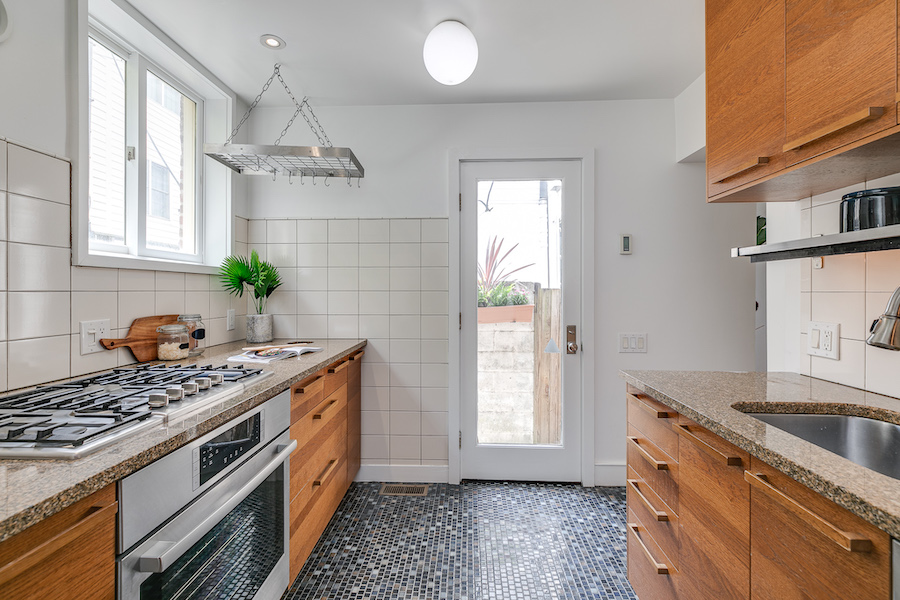 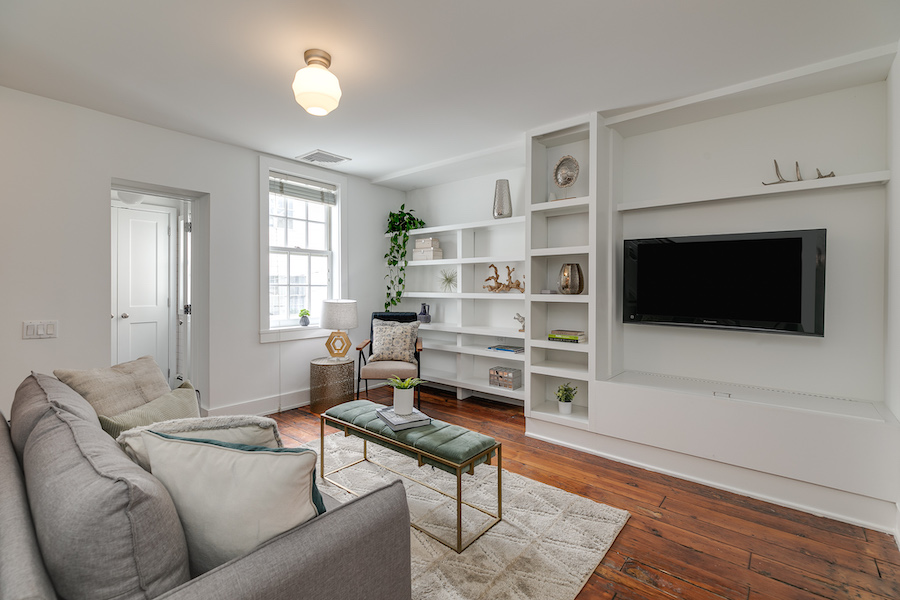 The two second-floor bedrooms and the one bathroom all surround an open family room with more original built-in bookshelves and hardwood floors. 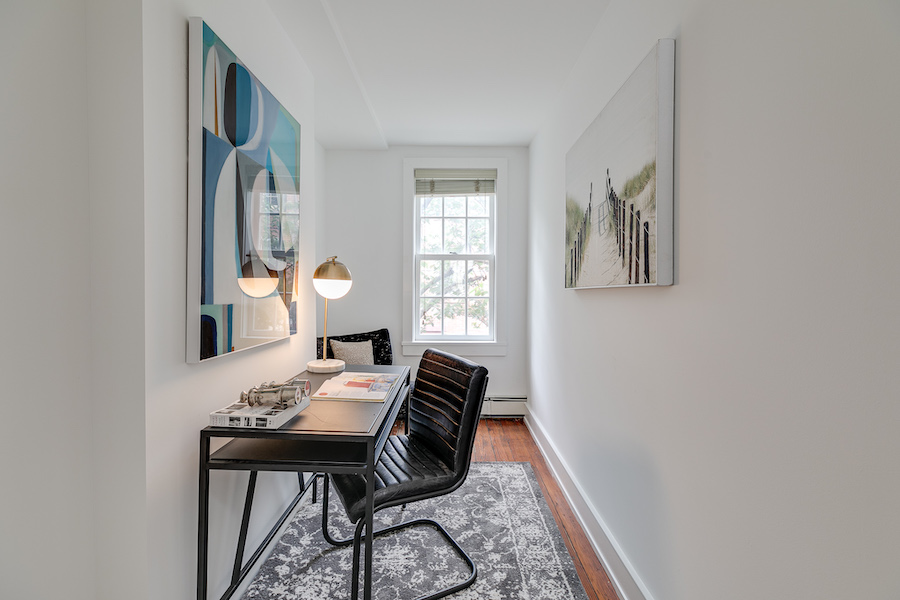 The smaller of those bedrooms currently serves as a home office. 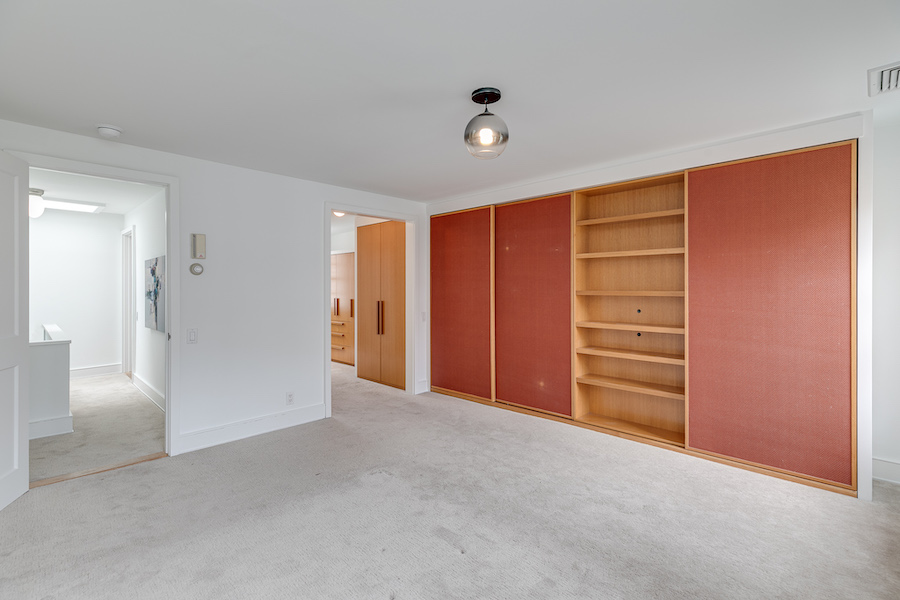 The top floor is given over to the primary suite, which consists of three rooms: A large bedroom with built-in closets… 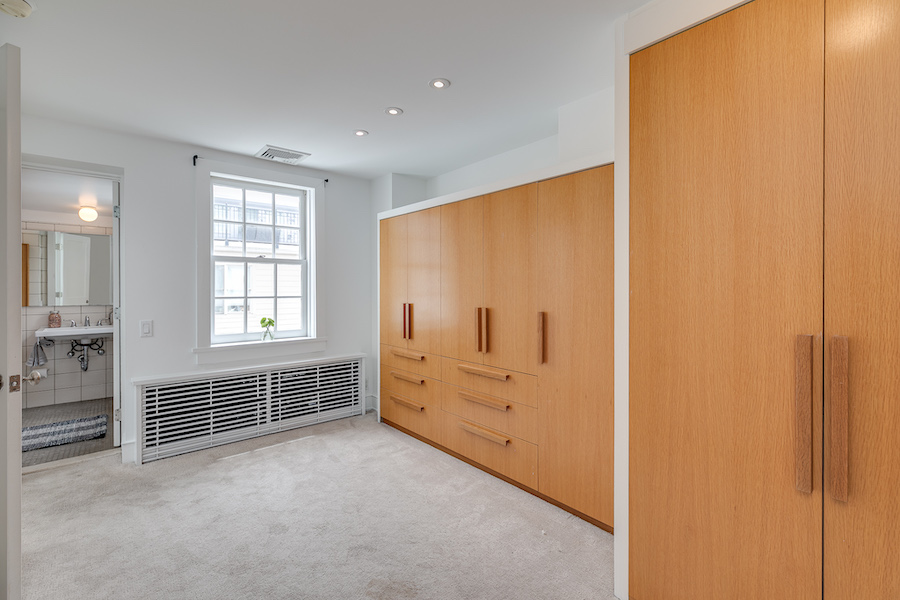 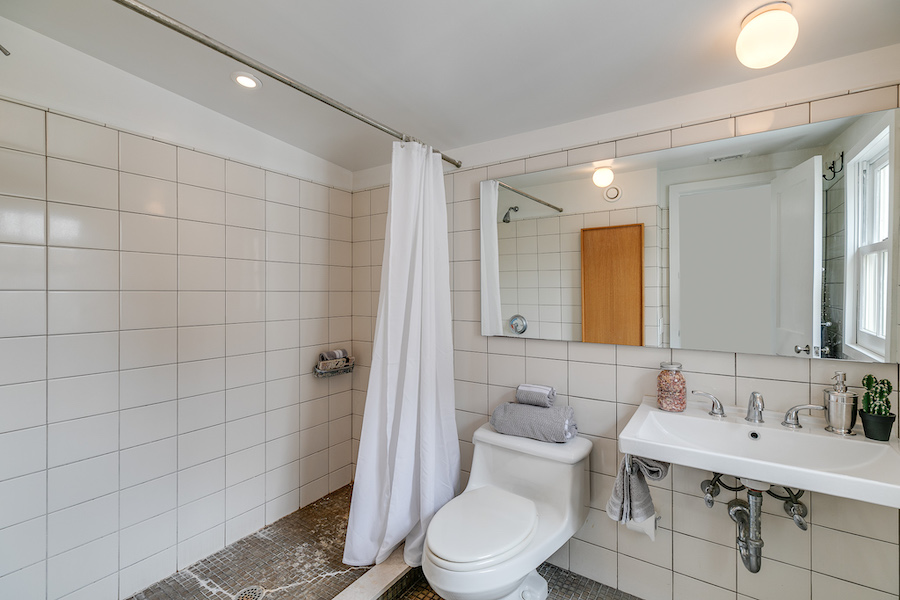 …and a bathroom with a large shower and a radiant heated floor.

All this hides behind a 19th-century facade on the street that’s been famously called “arguably the prettiest street in the entire Northeast.” Lined with trees festooned with twinkling LED lights, Addison Street in Rittenhouse Square is one of our favorites too. It’s also popular as a place for suitors to pop the question to their intendeds, and it’s close to both the South Street West restaruant row and to Rittenhouse Square itself and its array of shops and restaurants. The Avenue of the Arts is only a few blocks further away.

All this means that with this Addison Street townhouse for sale, not only do you get an attractive Scandinavian-style midcentury modern house, but you also get a house that plays real nice with its neighbors in one of the loveliest and most convenient locations in the city.

OTHER STUFF: The sale price includes one year of deeded parking in a lot one block away. This house has an offer pending, but the seller is accepting backup offers.