Do you dream of living the European lifestyle but don't want to shell out the money for it? This just might be an acceptable substitute. 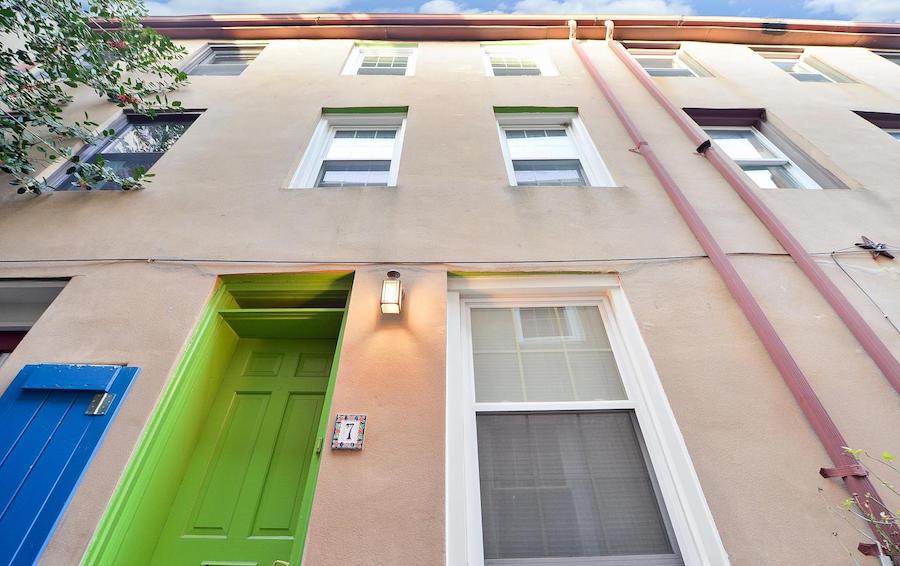 Does this house with its colorful front door remind you of a house in some Mediterranean village? Even if it doesn’t, the gated pedestrian path it sits on should make you feel as though you’ve stolen away to some sunny European village. This is House No. 7 on the lane located at 802 S. 6th St., Philadelphia, Pa. 19147 | Bright MLS images via Keller Williams Philly

Londoner Charles Dickens found Philadelphia’s rectilinear grid of streets enervating. Writing about his 1842 trip to the city in American Notes, he described it thusly: “It is a handsome city, but distractingly regular.  After walking about it for an hour or two, I felt that I would have given the world for a crooked street.”

He still wouldn’t find too many of those even today, although as the grid spread to cover the old Lenape trails and even bent itself to follow them, crookedness inserted itself in many places. But maybe if he had visited a couple of decades later, after the city had consolidated with its surrounding towns, he might have been able to wander down streets that, while still “distractingly regular,” might have reminded him of the lanes along which many Londoners lived. 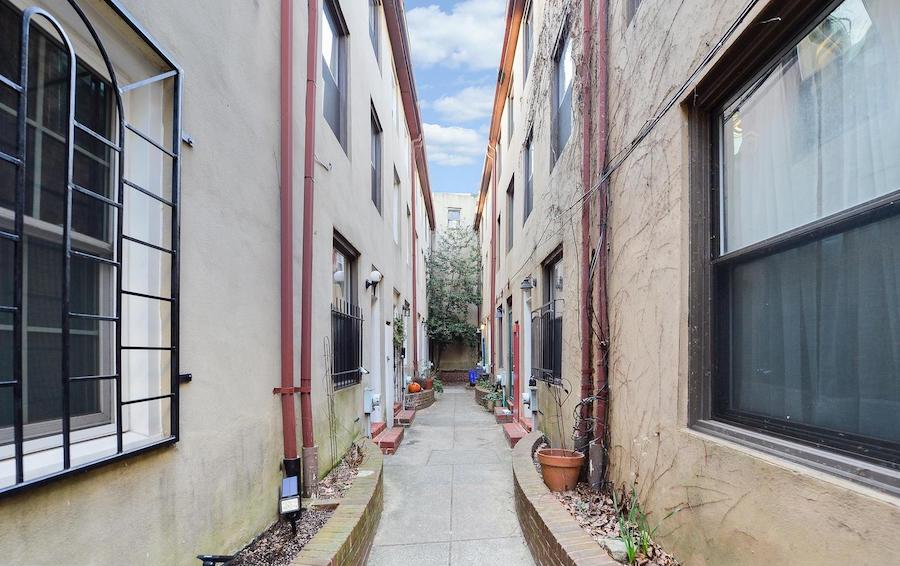 Little alleys like this one off South Sixth Street in Queen Village are one of the reasons some people consider Philadelphia one of the most European of American cities, that grid be damned. Narrow lanes lined with houses and shops are a common sight in most of Europe’s historic urban centers, but they’re fairly rare on this side of the Atlantic.

And little pedestrian-only courts like the one on which this Queen Village alley trinity house for sale sits are even rarer, even here. But Queen Village and Bella Vista have them in abundance.

Of course, what this means is: Should you fall in love with this place and want to make it your own, you may find it almost as difficult to get your furniture into it as it will be to get your mattress and bedframe up to its top-floor primary bedroom. But this house and its setting are so utterly cute that it will be worth the effort. 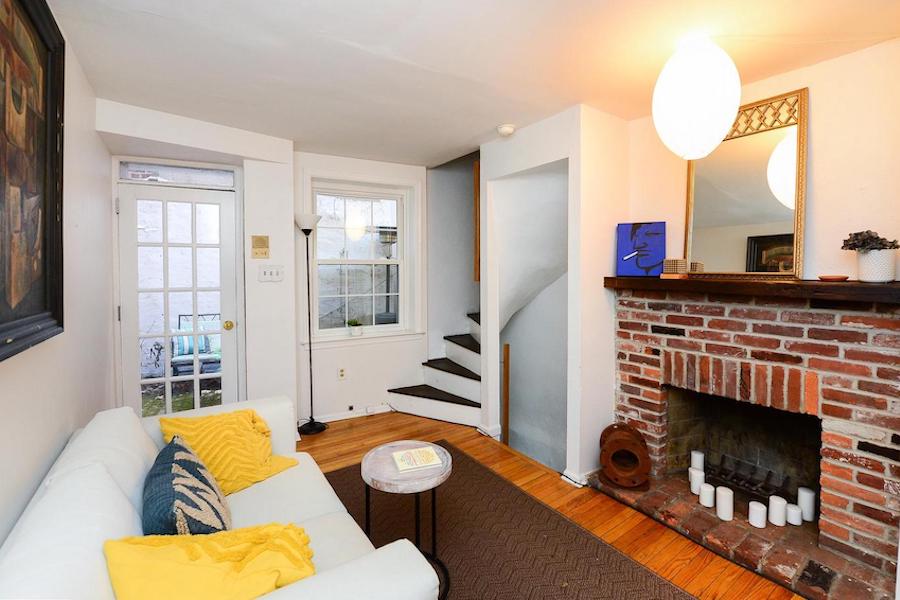 The charm, of course, begins with that pedestrian court, but it continues the moment you walk through its green front door and enter a cozy living room with a brick fireplace and hardwood floors. 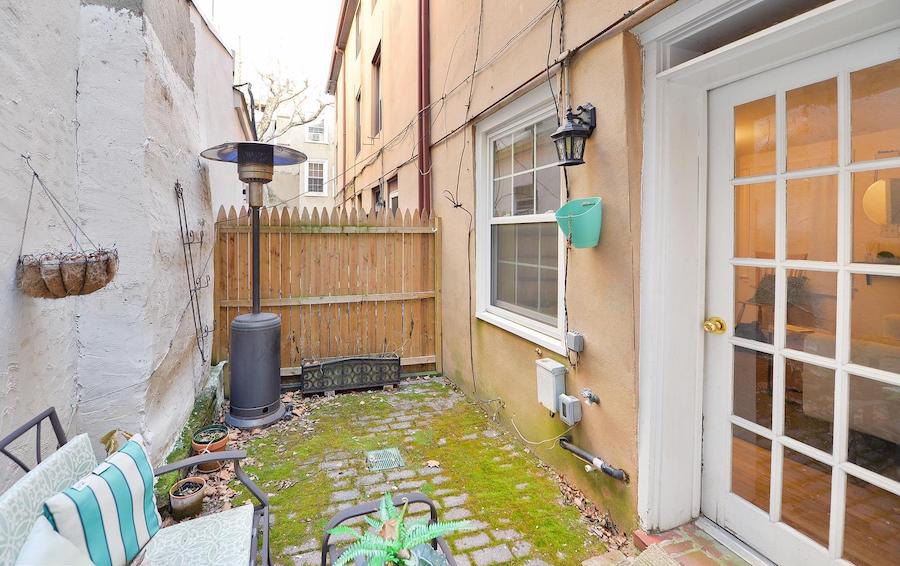 On the other side of the living room is an equally cute and cozy patio where you can relax and entertain friends outdoors. 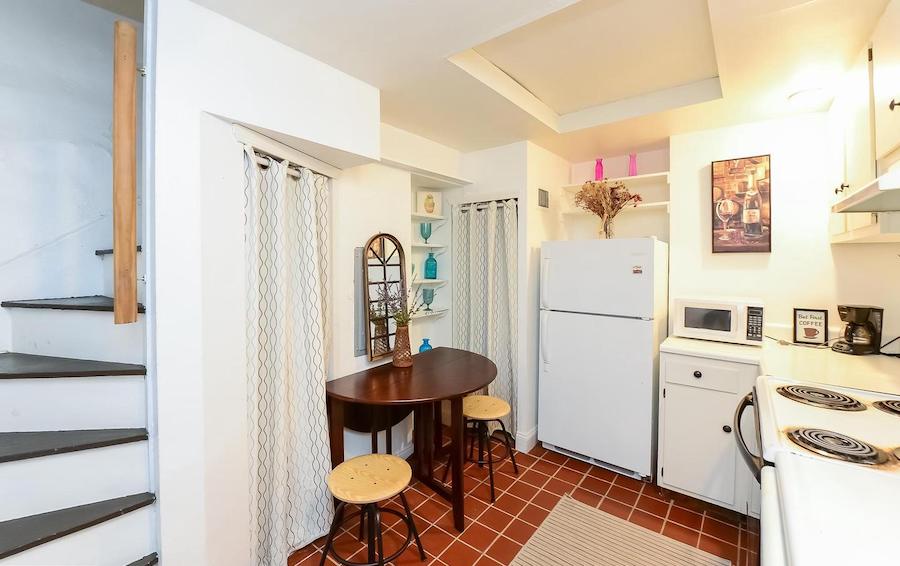 One floor down, in the basement, the eat-in kitchen’s white cabinetry, appliances and walls make the space extra bright and cheery while remaining cozy. 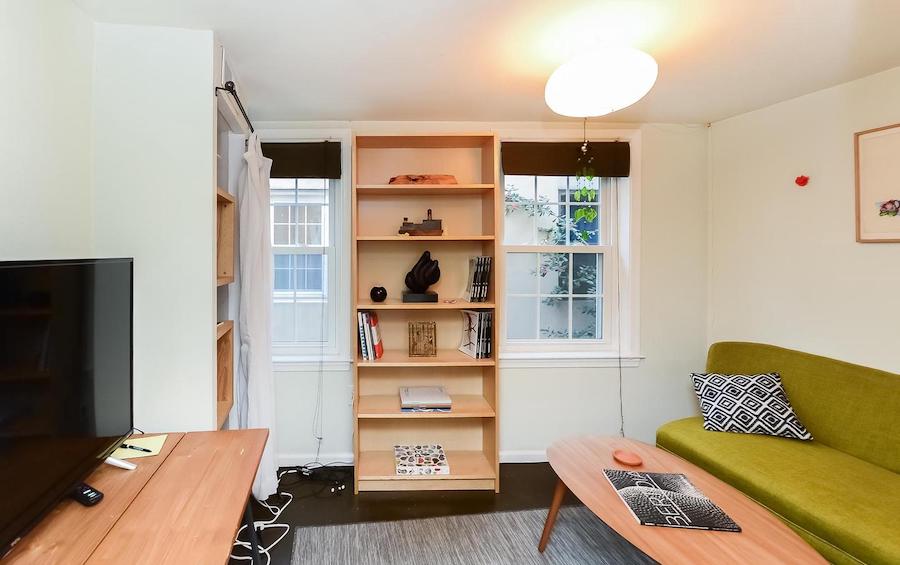 And one floor up, the second-floor bedroom offers you space to relax, work or put up visiting guests. The current owner has it configured to serve as a den and workspace; change the sofa to a futon or sofabed and this room could serve all three purposes. 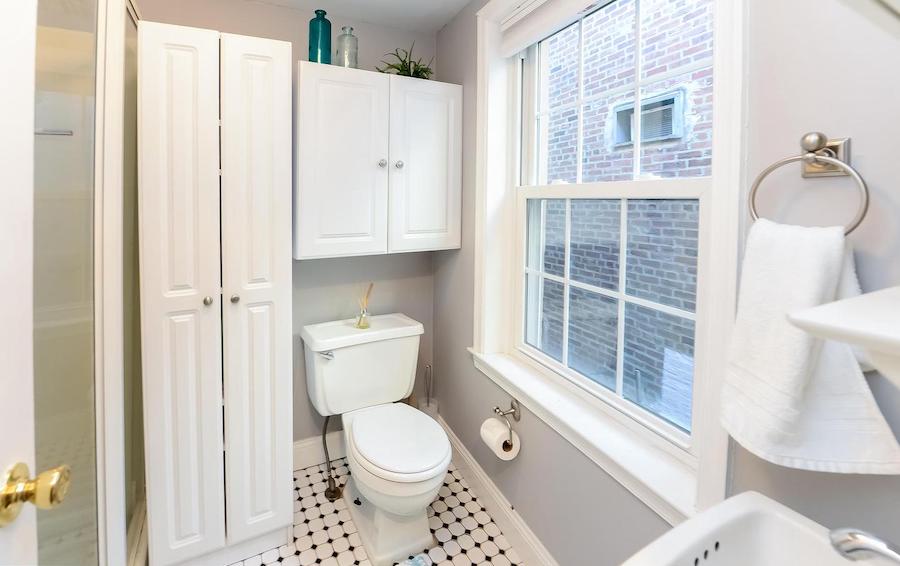 The second-floor bathroom is nicely outfitted and contains the laundry as well. 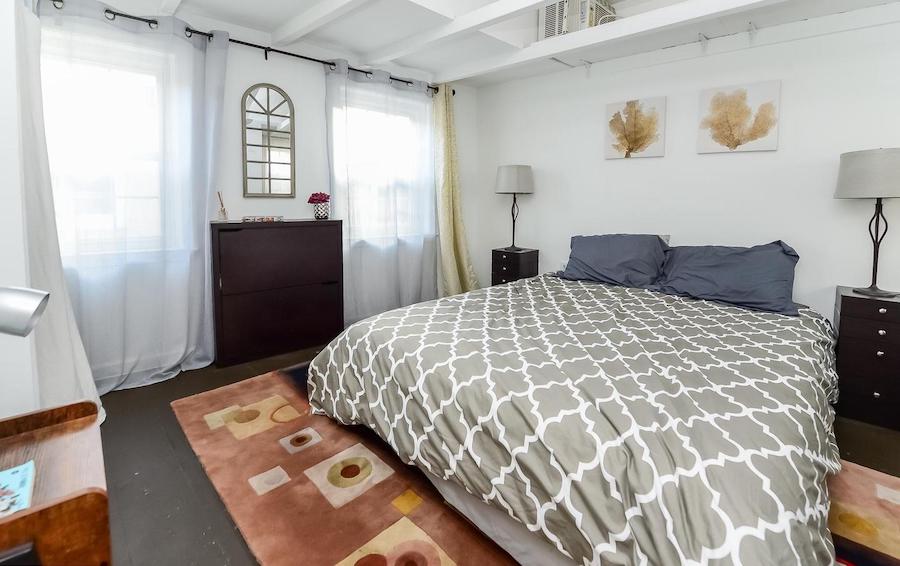 And up top, the primary bedroom is large enough to accommodate a seating alcove. It also has ample closet space.

You won’t be constrained at all living here, either. Weccacoe Playground, Palumbo Park, South Street, the Italian Market and the eclectic mix of grocers and eateries along Washington Avenue all lie within a 10-minute walk from your front door, and many of these places are even closer. Should you want to venture further away, SEPTA bus routes surround you on three sides.

So this cute Queen Village alley trinity for sale isn’t on a crooked street? This is Philadelphia, after all. That intimate Old World feel is just an incredible simulation. But it’s as close to European as you will get without having to move there.