Gabe Rodrigues and Travis McQuoid moved here for work, but wanted to maintain a walkable urban living experience — and they found it in King of Prussia. 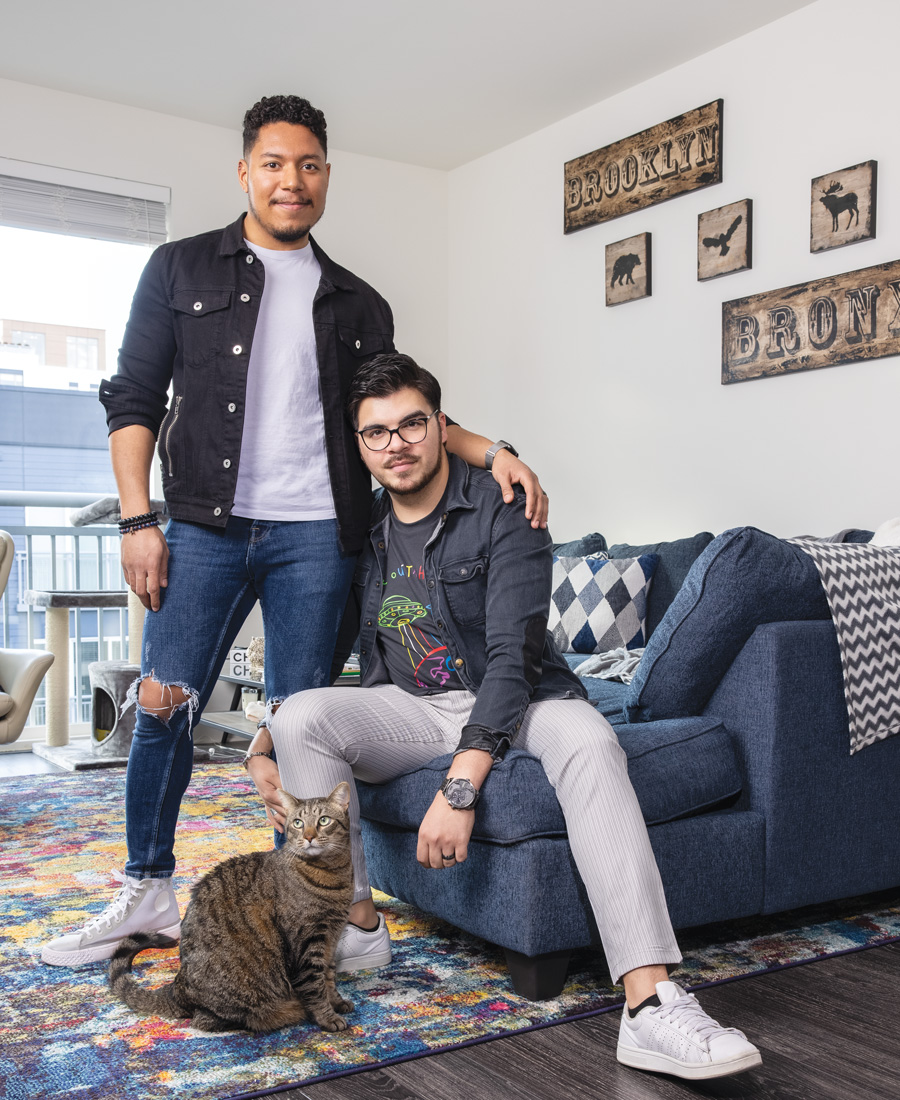 Rodrigues (left) and McQuoid traded Queens for living in King of Prussia, where they have a top-floor unit that overlooks the pool. Photograph by Colin Lenton

Globe-trotters Gabe Rodrigues and Travis McQuoid wanted a home where they could live without a car. They found it in King of Prussia, of all places.

Where they landed: A 900-square-foot, $1,800-per-month apartment in the Hanover King of Prussia complex at the Village at Valley Forge

How they got there: The couple have held a variety of hospitality, retail and service-sector jobs. Between them, they’ve lived all over the country; Rodrigues moved here from Brazil in 2017. They were on vacation in Bimini when the ­COVID-19 lockdown hit, and they had to make their way back home to Queens. When they did, Rodrigues found that jobs were scarce, and McQuoid was wary about the future of his retail position due to the pandemic. Deciding that New York was no longer the place for them, they started looking for somewhere else to live and work. McQuoid landed a job in the King of Prussia mall, and once they settled on the location, Rodrigues got three job offers before they even made the move.

Why they chose to live where they live: Both wanted a walkable urban place close to work; “We didn’t want to have to commute down the Schuylkill,” says McQuoid. They both wanted more space than they had in Queens. And they wanted better access to nature. They found it all in the Village at Valley Forge: Rodrigues can walk to his bartending job at Fogo de Chão, McQuoid can hop on a bus for a short ride to the mall, and they both can walk, jog or bike along the nearby Schuylkill River Trail. They also appreciate the complex’s fitness center, firepits, grilling areas, in-unit laundry and Instagram-­worthy pool.

Biggest surprise: That all this existed, says McQuoid, who lived at the Victor in Camden in 2016. The two had lived in an edge city before: Tysons Corner, outside Washington. But, says McQuoid, “There was nothing here” five years ago, and “seeing all of this was something of a shock.”

But it was a good shock, adds Rodrigues: “At the same time that we liked the city, we also like this calmness and this suburban environment.”

Published as “From Cramped in Queens to Luxury Living in KOP” in the “On the Move” feature in the March 2021 issue of Philadelphia magazine.