On the outside, this house looks a lot more restrained than your typical Queen Anne. But wait until you step inside. 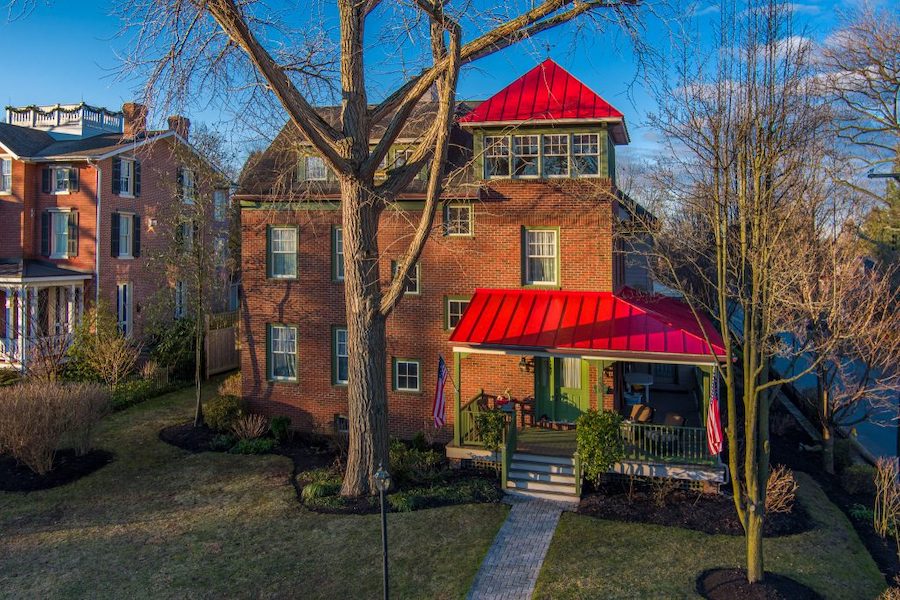 While this reproduction of an 1890s Queen Anne house that once faced Marshall Square park pulls its punches on the outside, it packs a real punch on the inside. It’s located at 430 N. Matlack St., West Chester, Pa. 19380 | Photos via Keller Williams West Chester

Say “Queen Anne house” to an architecture buff and a certain image should pop into their head.

It probably has lots of turrets, gingerbread and maybe a spire or two or three or four.

It probably doesn’t look like this West Chester Queen Anne house for sale.

But that’s what Archer Buchanan Architects designed for this lot facing Marshall Square Park. Or rather, it’s a “Queen Anne-style” house, according to its owners.

Built in 2001 as part of a four-unit project on Marshall Square, the house achieves Archer Buchanan’s first goal: It harmonizes beautifully with the mostly brick Federal, Second Empire, Victorian and Dutch Colonial houses built between 1836 and the late 1890s on three sides of the historic park. This house and a mirror-image house at the other end of its block replicate a house that stood on the square in the 1890s.

But I suspect the 1890s original had a more exuberant exterior. This may simply be a casualty of our times. Modern construction materials and techniques being what they are, it’s quite likely that the architects and developer couldn’t have found the sorts of filigrees and woodwork that distinguish original Queen Anne houses from the pack. For instance, is it possible to produce HardiePlank boards and pillars that have the sorts of curves and notches you find on this house’s neighbors? Do metalsmiths exist that still make those spires? (Apparently, one does.) And how much would all that have added to the cost of the project? 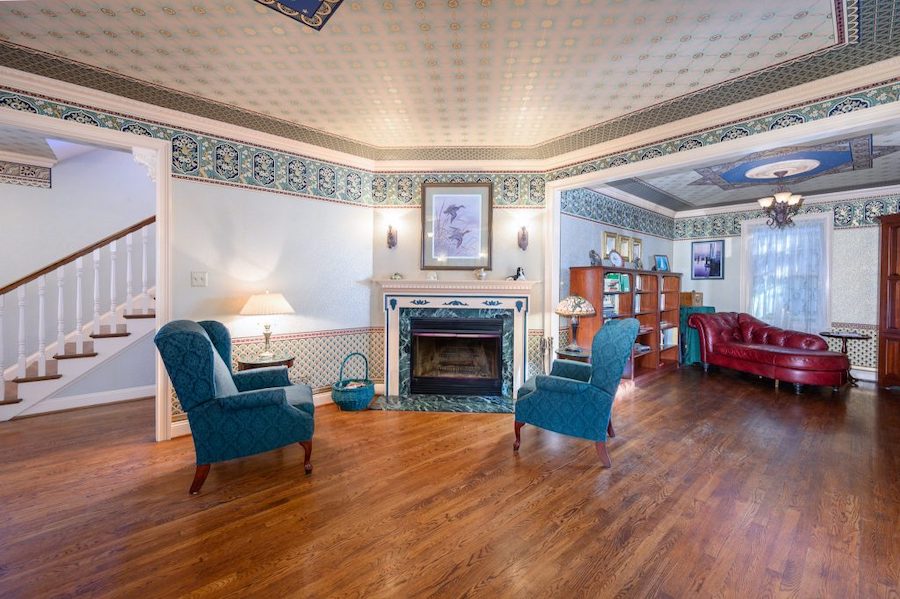 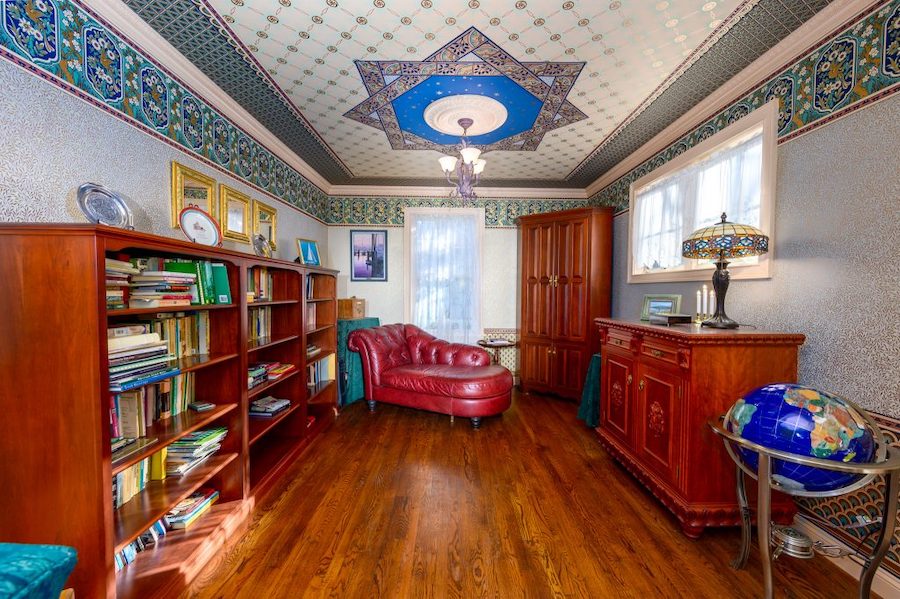 But don’t fret over this house’s simple exterior, for Archer Buchanan and the designer made up for it with its interior. Check out the photos of the main-floor rooms above and below. 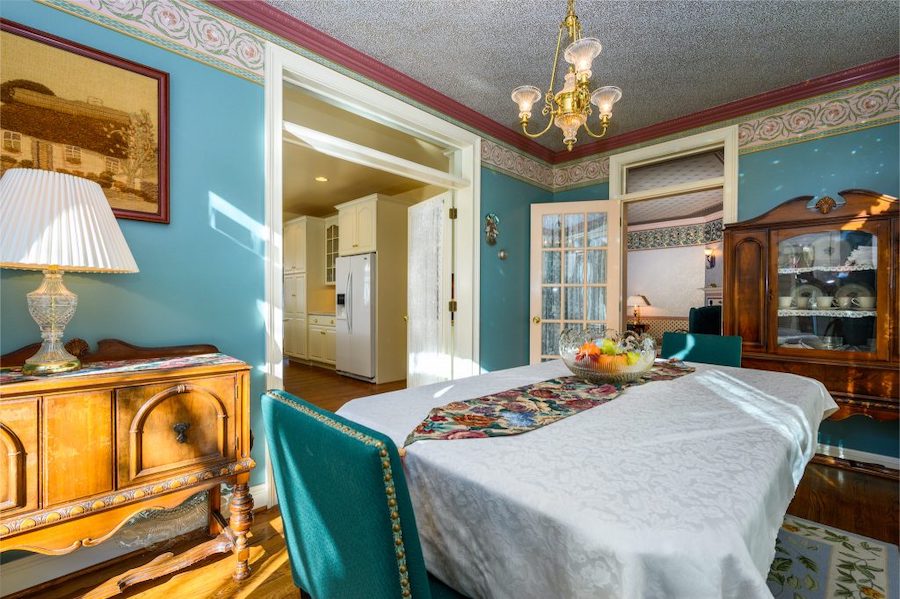 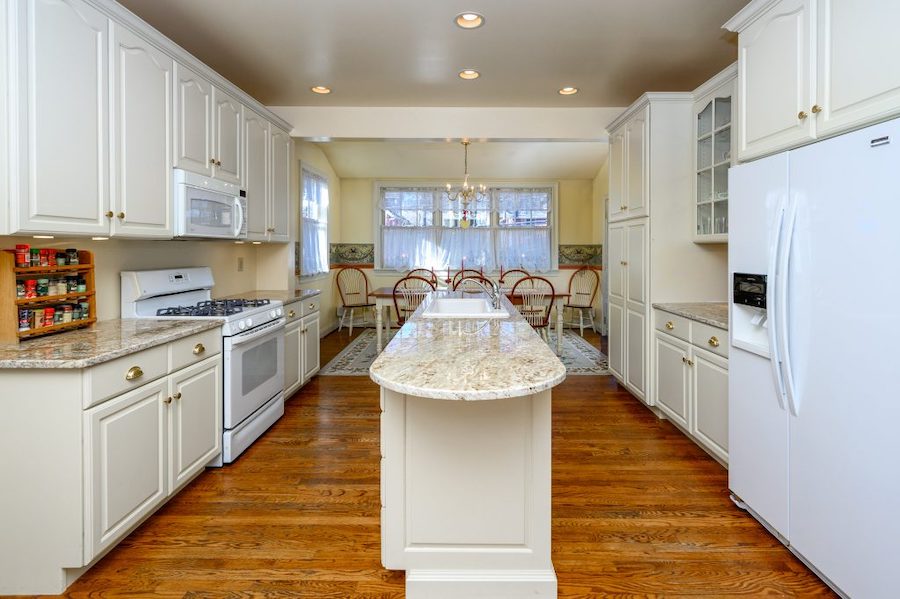 And that’s not all they splurged on in this house. Its kitchen features custom-made Amish cabinetry, and there’s more custom wallpaper above the chair rail in the attached breakfast room. 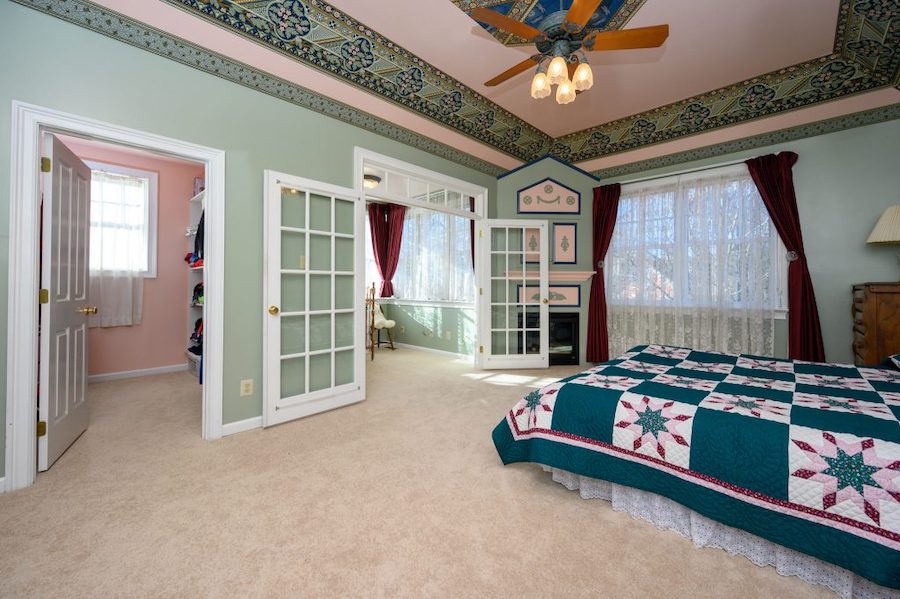 Oak floors add to the character of the main floor, while the upper floors are carpeted, but once again, you’ll find another Queen Anne color riot in the primary bedroom. This room has a nursery attached to it, which means that you don’t have to travel far to tend to your little one when they’re hungry or cranky. (And when your kids all outgrow it, you can turn it into a mini-sunroom.) 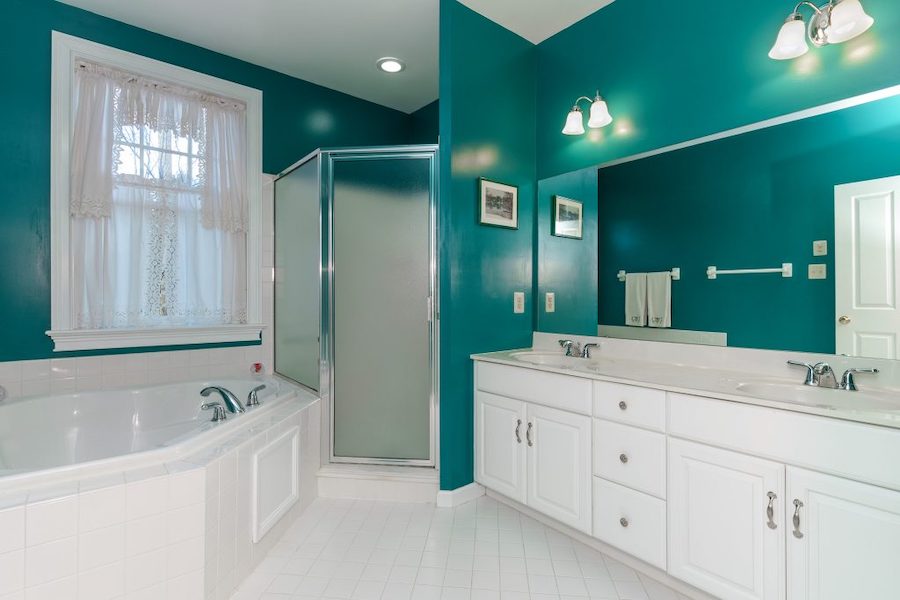 And it has a nicely outfitted bathroom, too. 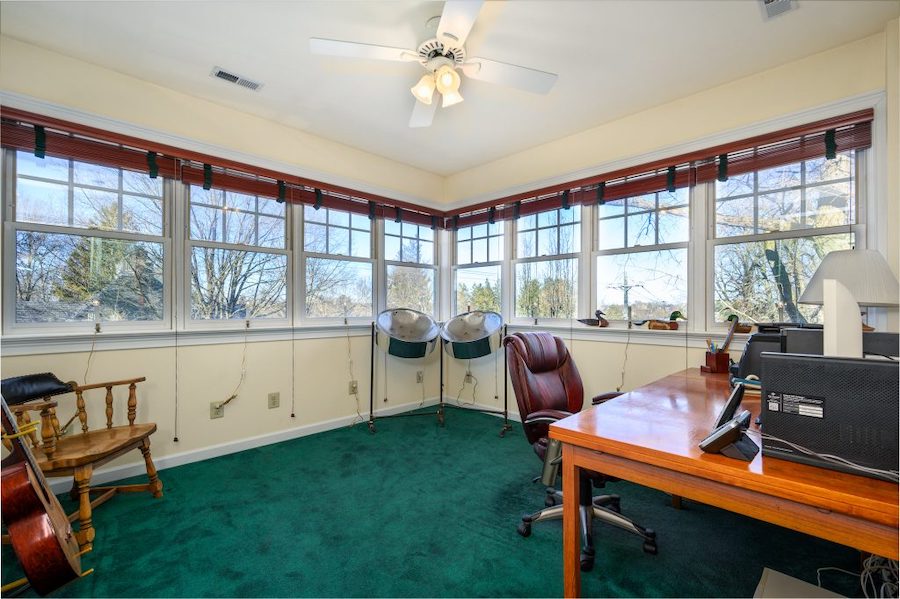 One other room worthy of note is the home office beneath the top-floor turret. Its walls of windows look out on the square and on East Marshall Street. 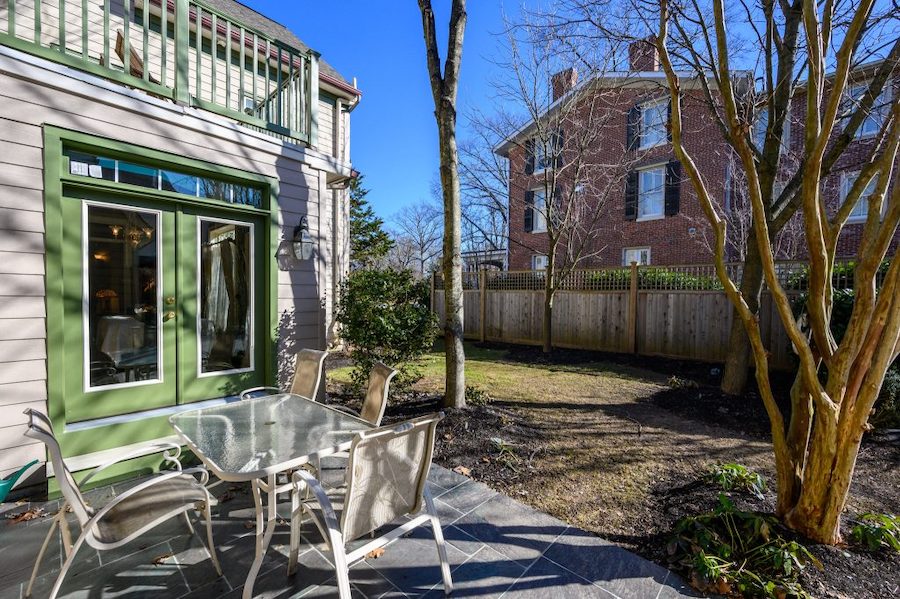 Outdoor spaces include two patios paved with multicolored Vermont slate and a balcony off the second-floor hallway. The two-car garage offers plenty of storage space on its second floor; so does the unfinished basement, which has separate outside access.

Marshall Square Park, modeled after Philadelphia’s Washington Square, started out in the 1830s as an arboretum. Most of the exotic trees are now gone, but it remains a verdant gem just a few blocks away from the heart of West Chester. This means you have an easy and pleasant walk to West Chester’s lively downtown, with shopping and dining options to satisfy your many tastes and moods.

Old-fashioned charm in a new-old shell that plays real nice with its neighbors on West Chester’s most attractive park:  What’s not to like about this West Chester Queen Anne house for sale?