This early-20th-century classic city rowhouse got a 21st-century makeover with plenty of features and lots of storage built in. 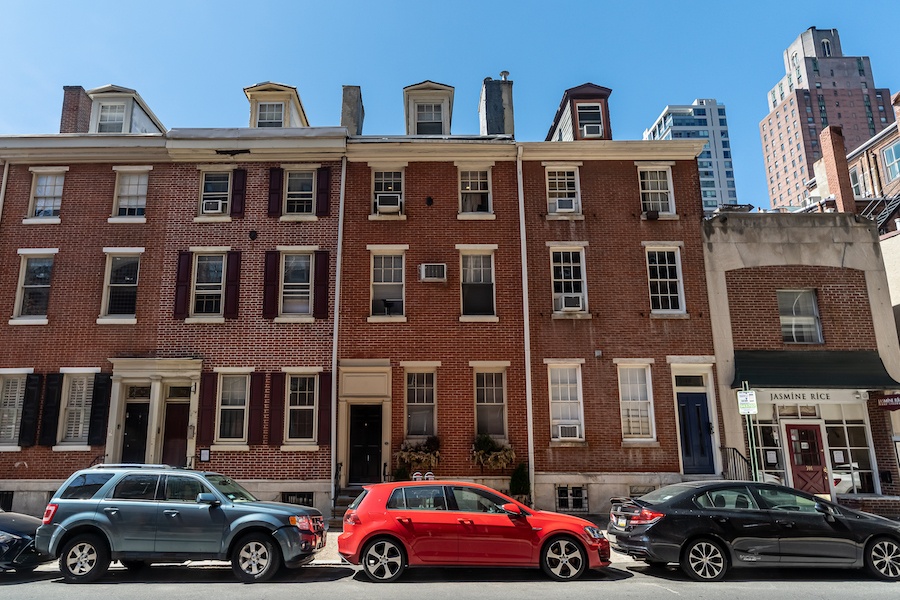 This Rittenhouse Square rowhouse looks like it dates to the mid-19th century, but it was only built in 1913. The builders channeled the mid-19th century in a totally modern way at 310 S. 16th St., Philadelphia, Pa. 19102 | Photos: Jonathan Arena via Keller Williams Philly

One of the things many buyers of Colonial and Colonial Revival houses prize are the ”built-ins.”

Used by itself as above, this term usually refers to bookcases, often with cabinets below, that are integral elements of the rooms that contain them. Except in the kitchen, where it refers to the nature of the appliances.

When the builder and designer of this totally up-to-date Rittenhouse rowhouse for sale got to thinking about what this place should look like when it got made over some years back, they immediately thought, “Built-ins.”

But when they had that idea, they didn’t stop at the bookcases.

You will find as you look about the rooms of this house that if they could build something in, they did. 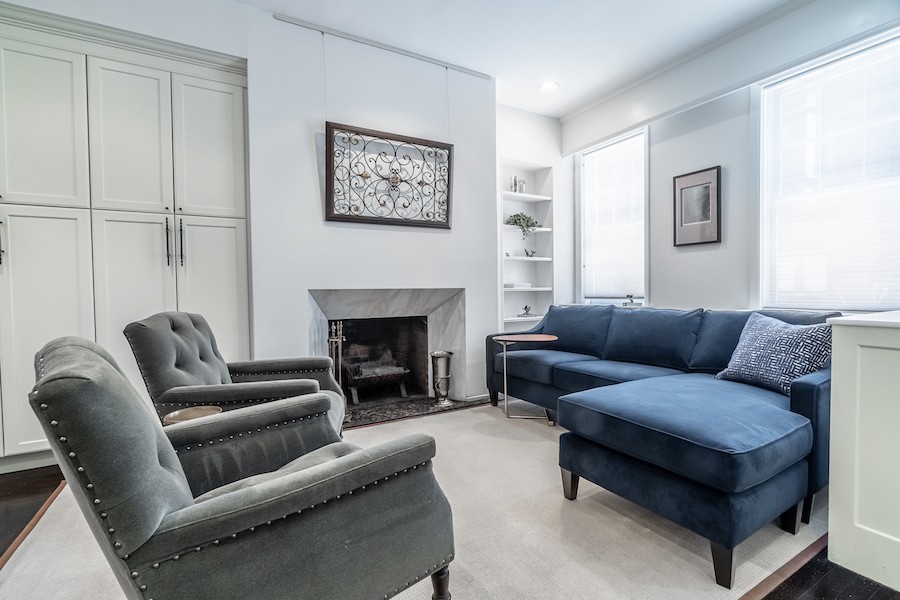 It begins in the open living/dining room. Once you get past the marble fireplace and the built-in bookshelf to its right in the living-room part, you will find storage cabinets lining one wall of the dining room. 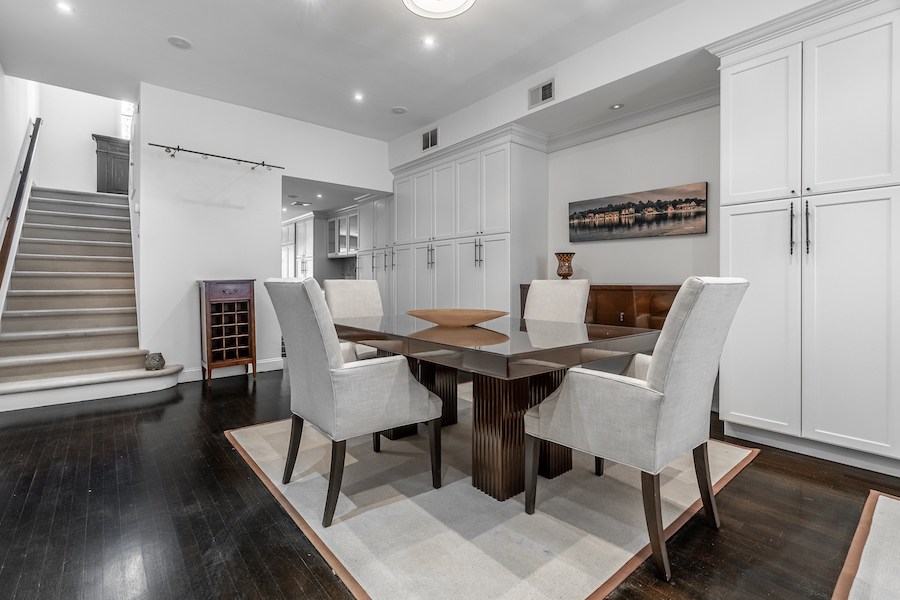 These give you plenty of space to stash stuff and make an interesting visual element for this simply elegant space.

And the built-in cabinets don’t stop there. They continue on into the passageway past the powder room that connects the dining room to the kitchen. In this passage, they form a butler’s pantry with a dry bar and glass-front china cabinets above. 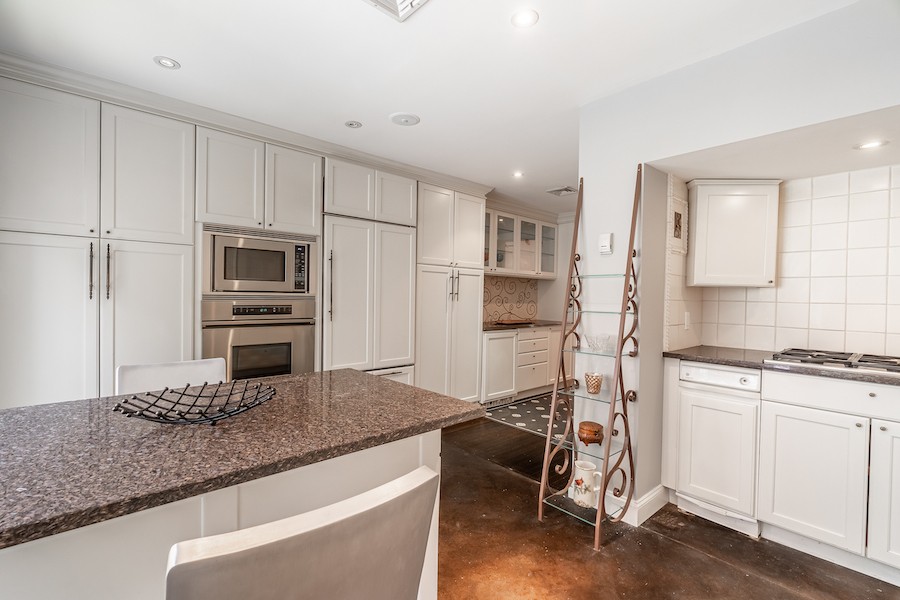 The kitchen doesn’t lack for cabinets either. They frame the microwave and oven, and the refrigerator next to those disappears into them. In fact, the only wall of this kitchen that lacks cabinets is the rear one. That has sliding glass doors that lead to the attractively landscaped rear patio. 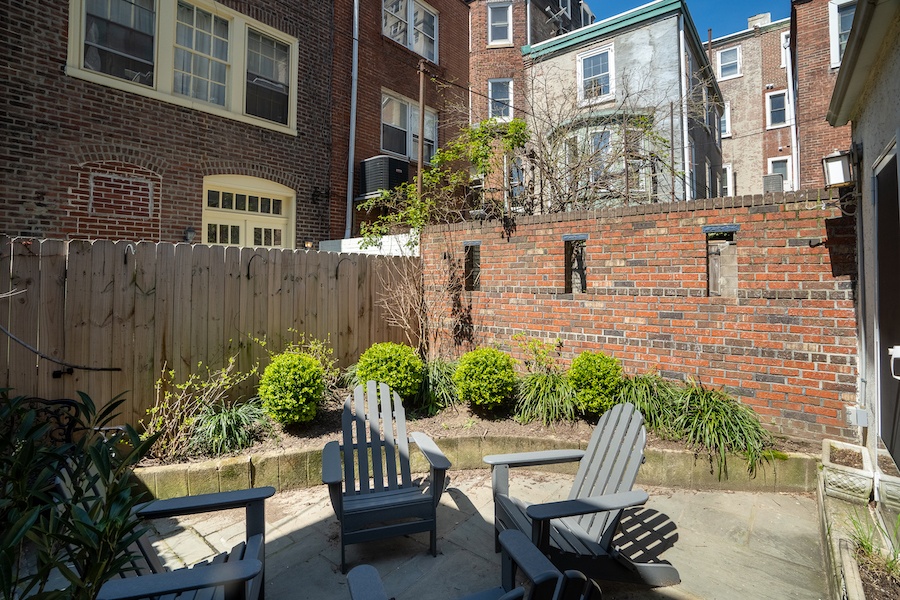 Built-ins also factor into each of this house’s three bedrooms. You’ll find one on each of the upper three floors, and each is designed to serve a distinct purpose. 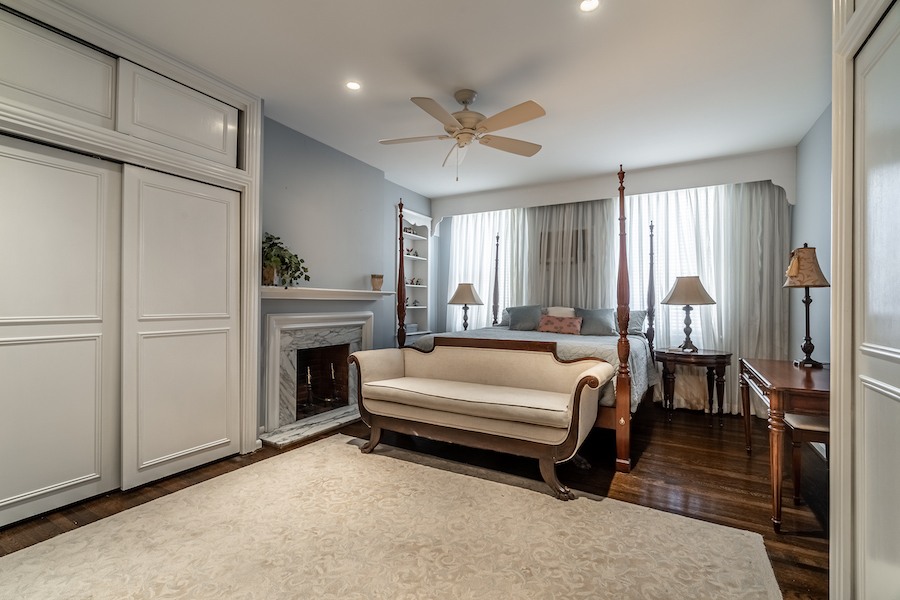 The second-floor master suite has that classic Colonial look down cold, minus the crown moldings. You’ll find a built-in bookcase to the right of its marble fireplace, just like in the living room below. 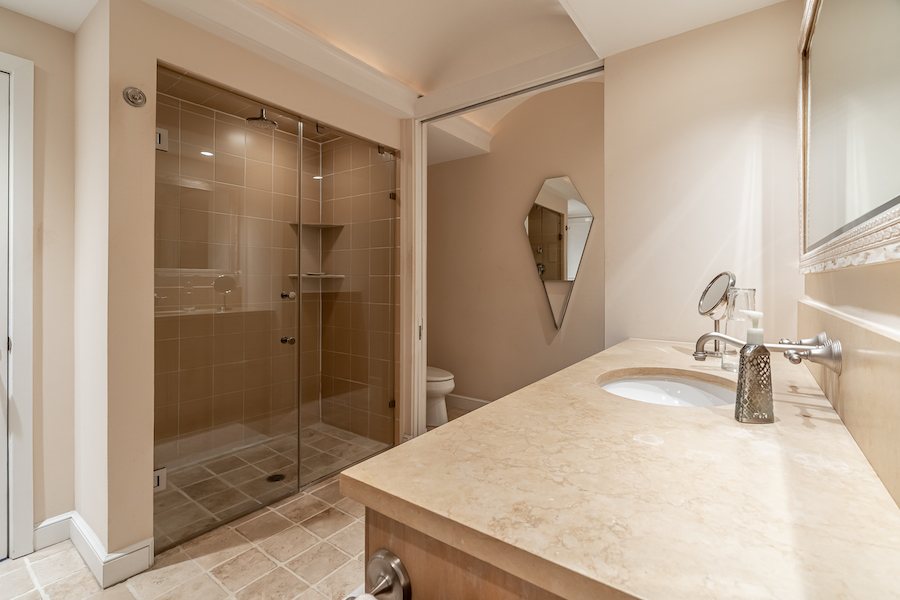 The master bathroom includes built-in linen closets beneath its barrel-vaulted ceiling. There’s more storage in the dresser in the toilet closet as well, not to mention beneath the vanity. 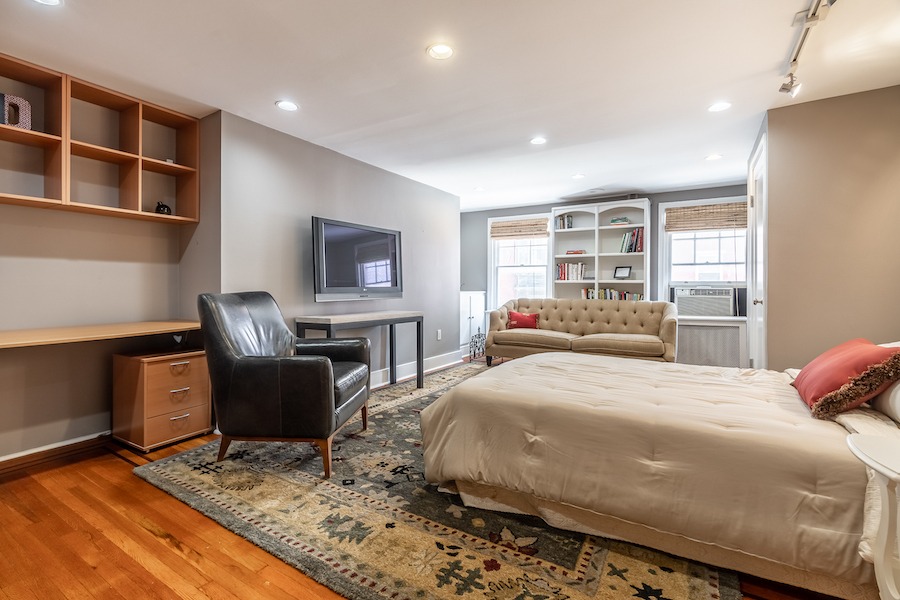 One floor up is a large bedroom with a built-in home office space with storage cubbyholes above an L-shaped desk nestled into the corner by the entrance. Next to the entrance, by the way, is a small built-in display nook. 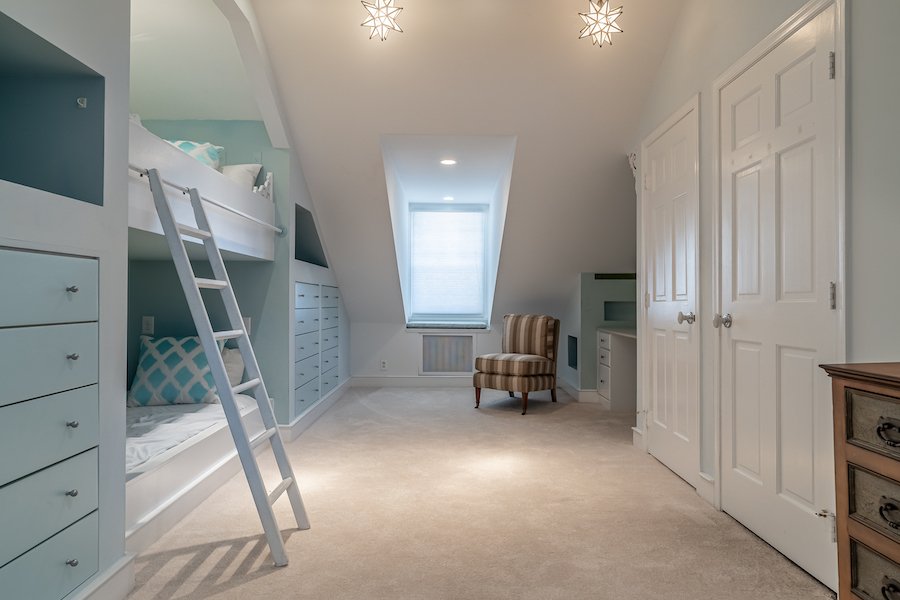 And the bedroom on the top floor is just made for kids, what with its built-in bunk beds flanked by built-in dressers.

All three bedrooms have ample closet space built in as well. The only room here lacking in built-ins is the basement rec room.

One other feature built into this traditionally simple-yet-stylish Rittenhouse rowhouse for sale: Convenience. It’s smack in the middle of a square that puts much of Center City no more than two and a half blocks from you: The Kimmel Center is to your east. The Rittenhouse Row shopping district is to your north. Rittenhouse Square itself is to your west. And the South Street West restaurant row is to your south.

Perhaps it’s time you built this handsome house into your future residence plans.