Among the many lovely Tudor Revival houses lined up in bosky East Falls, this original in pristine condition stands alone. 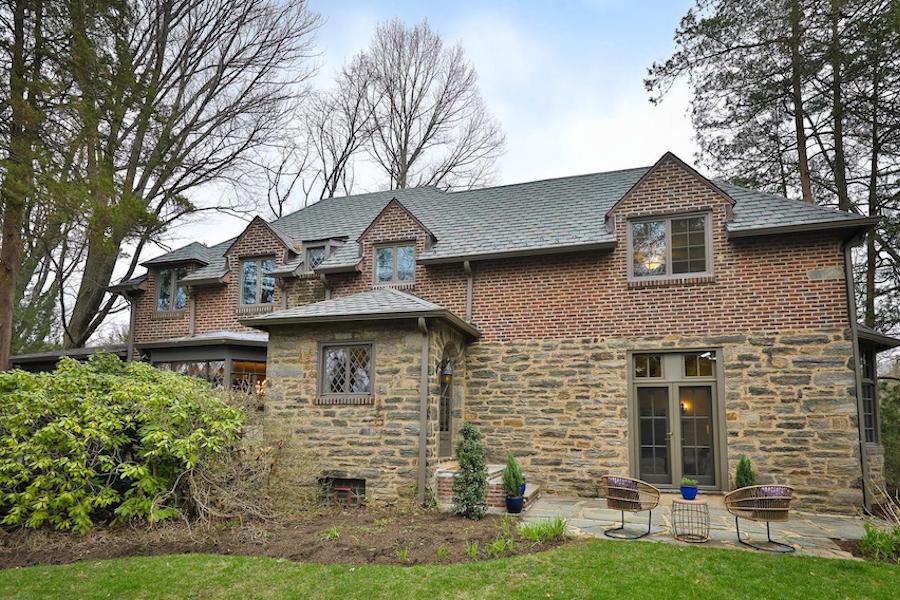 What makes this East Falls Tudor Revival different from all the others? The answer should be obvious from this exterior photo of 3405 W. Coulter St., Philadelphia, Pa. 19129 | Bright MLS images via Elfant Wissahickon Realtors

During the great boom years of housing construction in Philadelphia prior to the Great Depression, neighborhoods all over the city saw rows of stone- and brick-faced houses designed to resemble English country houses pop up in their midst.

The ones that went up in East Falls, however, stood out from the crowd. For starters, these houses were true Tudor Revival rowhouses, complete with diamond-paned leaded-glass windows and half-timbered exterior accent walls. Their soaring two-story-high living rooms also made them like no other rowhouses in the city.

That’s because it’s not a rowhouse. 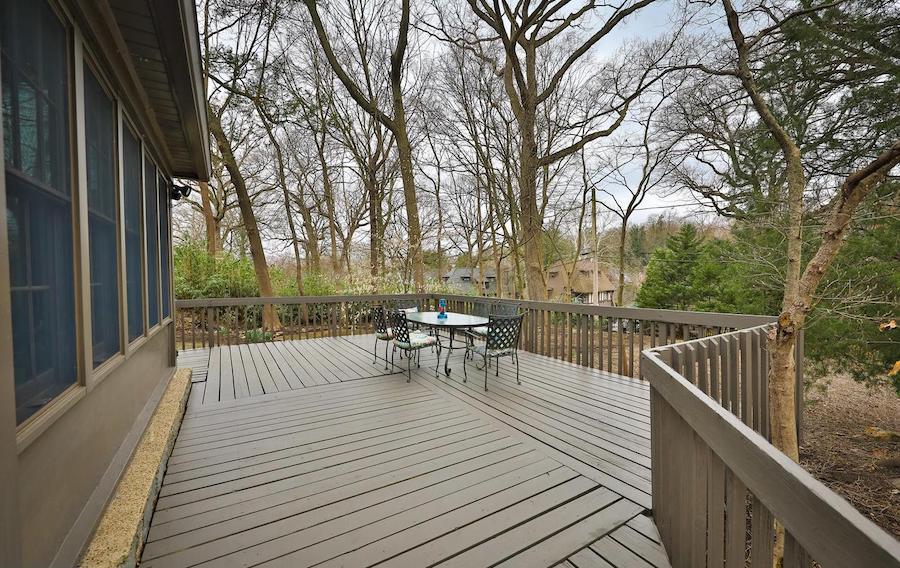 Instead, it’s a freestanding two-story house on a half-acre double lot. That gives it nicely landscaped and wooded surroundings that you can take in either from the fieldstone patio in front or the extra-large deck that wraps around the sunroom and the rear of the house. 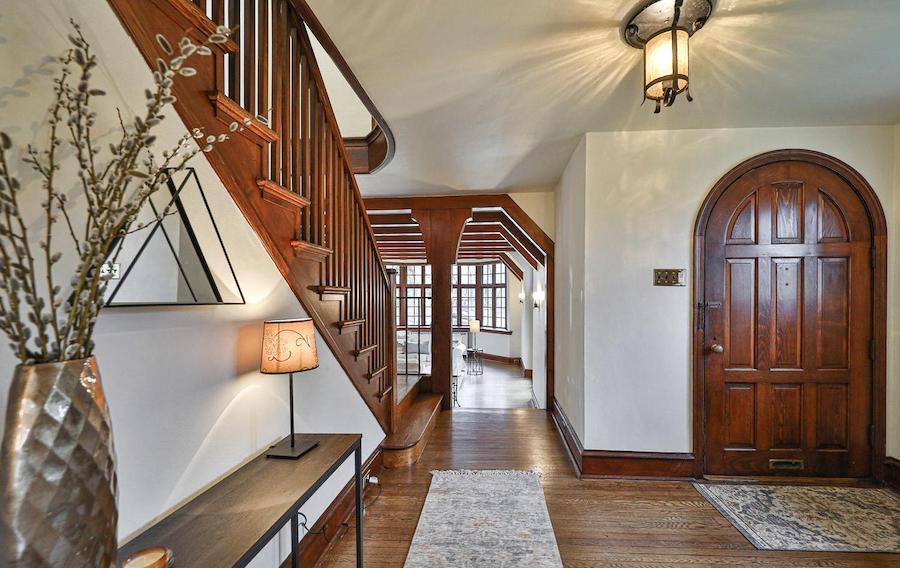 Its main floor is laid out much like a center-hall Colonial, except its foyer is turned on its side and stretches only half the width of the house. 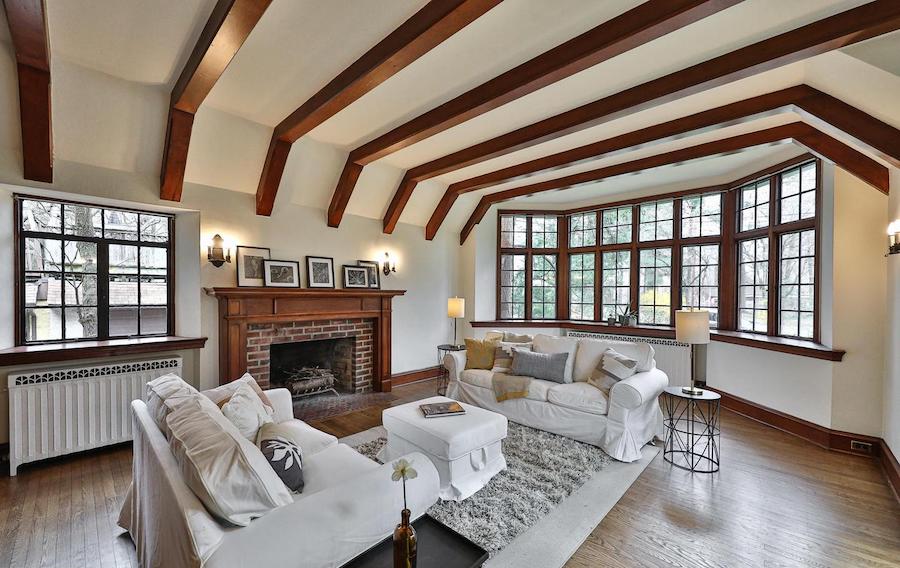 A U-turn from the front door takes you down a set of steps into the sunken living room. Like those rowhouses, it has a high beamed ceiling, but instead of rising two stories, it’s wide, commodious, and lit by a large bay window at its far end. 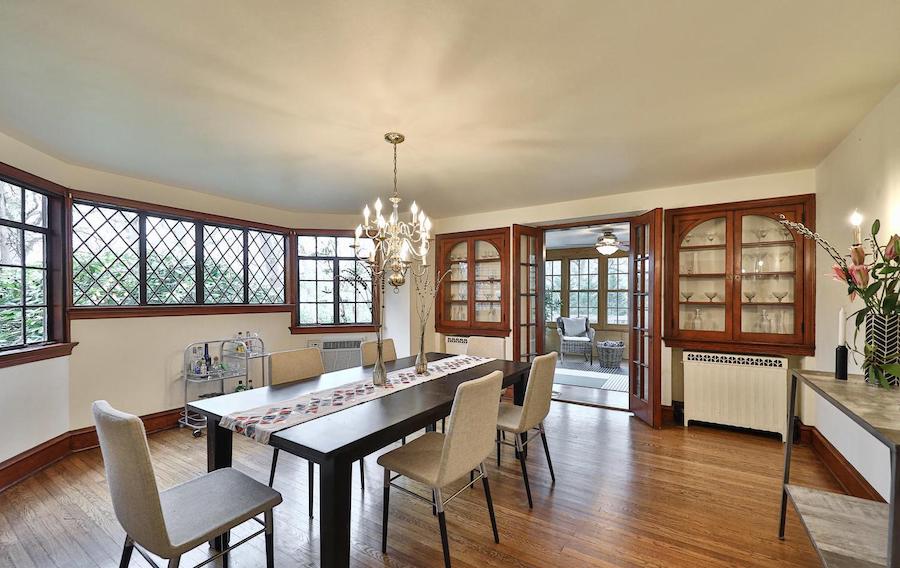 Take the dogleg at the front closet instead and you’ll proceed straight into the dining room, which features built-in china cabinets and diamond-paned leaded-glass windows. 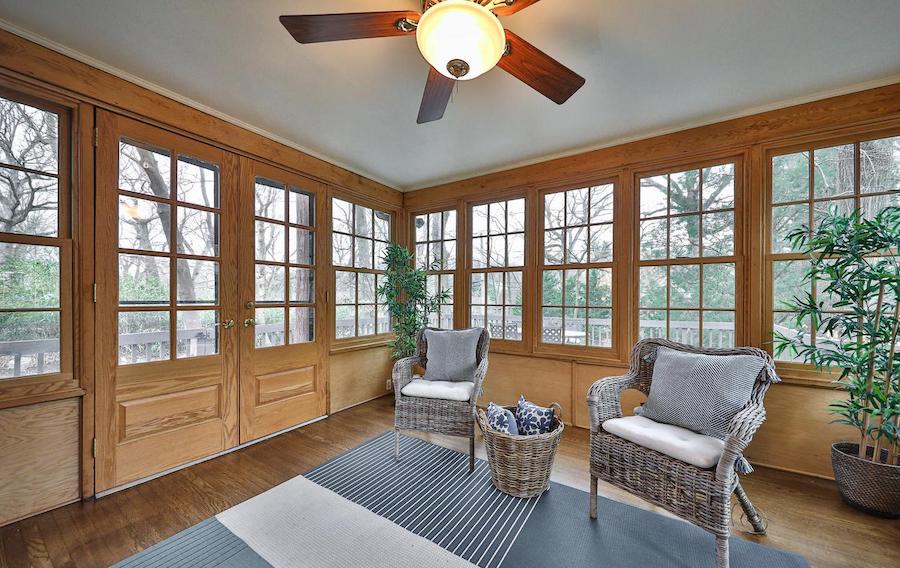 Beyond that room lies the warm sunroom, whose French doors open onto the wraparound deck. 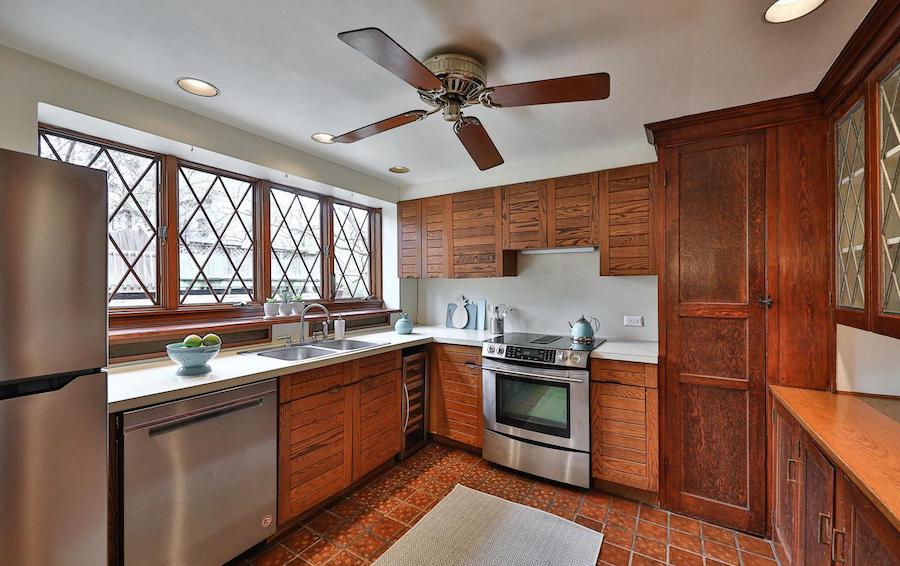 Behind the foyer, accessible through a doorway beneath the stairs, is the kitchen, updated with stainless-steel appliances, including a range with a smooth-top cooktop and a wine fridge. 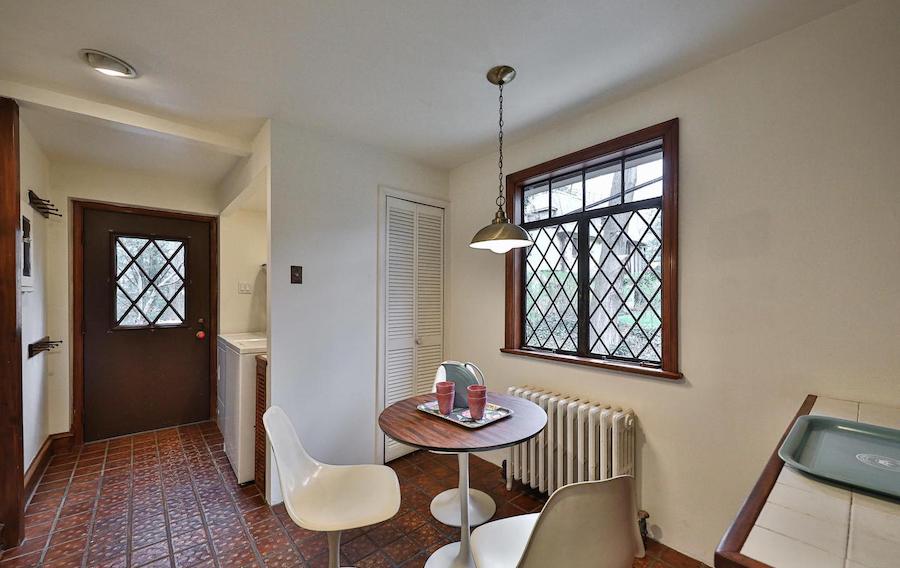 On the way from the kitchen to the backyard and deck you pass the breakfast nook. The laundry and powder rooms also line this passageway. 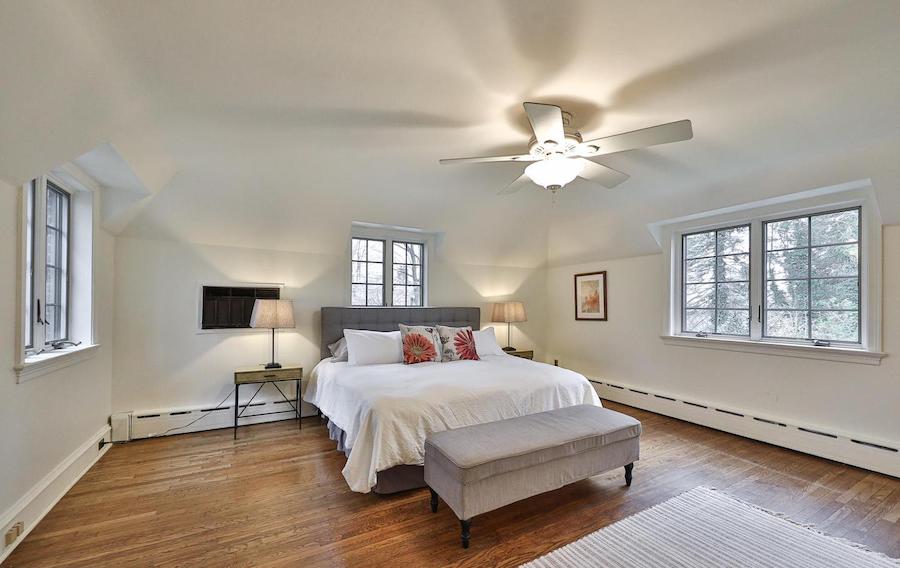 The three upstairs bedrooms are as bright as the rooms downstairs. The master bedroom has a tray ceiling and an en-suite bathroom, while the other two bedrooms share the hall bath.

This house also has a basement rec room and an unfinished attic; both offer you room to play, or store stuff, or maybe even expand. And as you perused these pictures, we hope you noticed what great shape this house and its woodwork are in. This East Falls Tudor Revival house for sale will celebrate its centennial this year, yet it looks as pristine as it must have when the first of its two owners moved in in 1920.

And its location offers you convenience and tranquility: you’re less than a block from McMichael Park and three SEPTA bus routes. East Falls Regional Rail station, the neighborhood’s commercial center and Kelly Drive and its bike path are just down the hill.

OTHER STUFF: This house is being sold together with the lot next to it at 3407 W. Coulter St., which has its own separate deed and tax identification number.