This handsome 1980s Colonial blends 19th-century details with homespun charm. But it’s all tricked out for modern living. 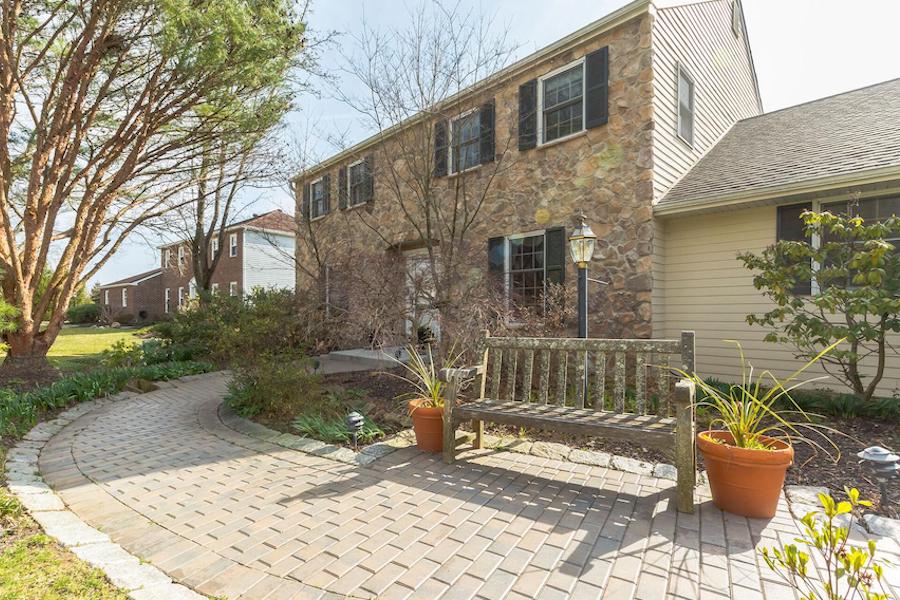 The Central Bucks countryside, from Yardley to New Hope to Doylestown, boasts some of the loveliest landscapes in the region. It’s also filled with history: George Washington launched his surprise attack on British troops at Trenton from what’s now Lower Makefield Township in 1776, and as a result, houses with some tie to George Washington abound in the general area.

This house near Washington Crossing is not one of those. But despite its much more recent provenance, it has much of the style and character of those much older houses.

That, plus higher ceilings and modern amenities. 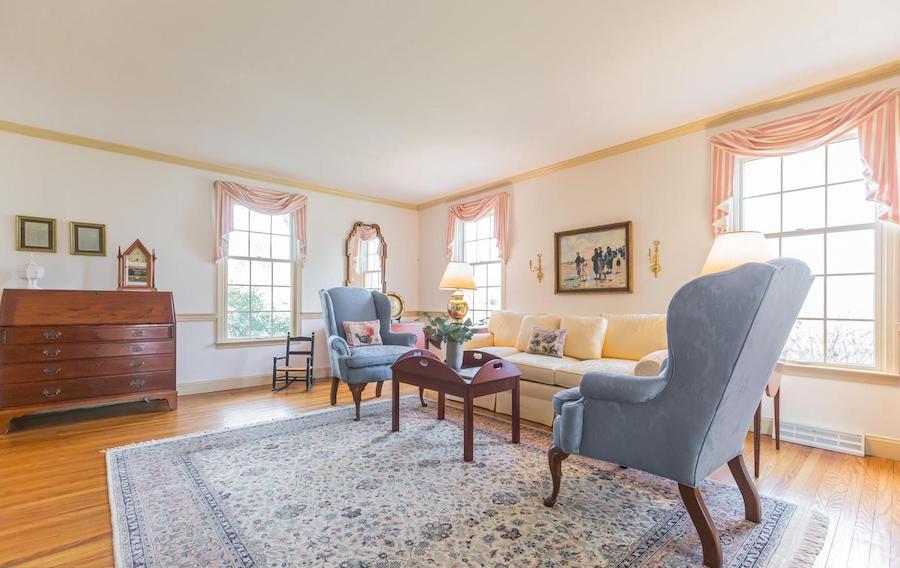 Although it dates to 1982, this center-hall Colonial features great 19th-century Colonial Revival details mixed in with country-farmhouse style.

And the mix is very thorough: if a room lacks crown moldings, it has stenciling gracing the places where walls and ceilings meet.

Yet even with all this, this Washington Crossing Colonial tract house for sale is nonetheless totally modern. The modern part of the house, as with most latter-day Colonials, spans most of the main floor’s rear half. 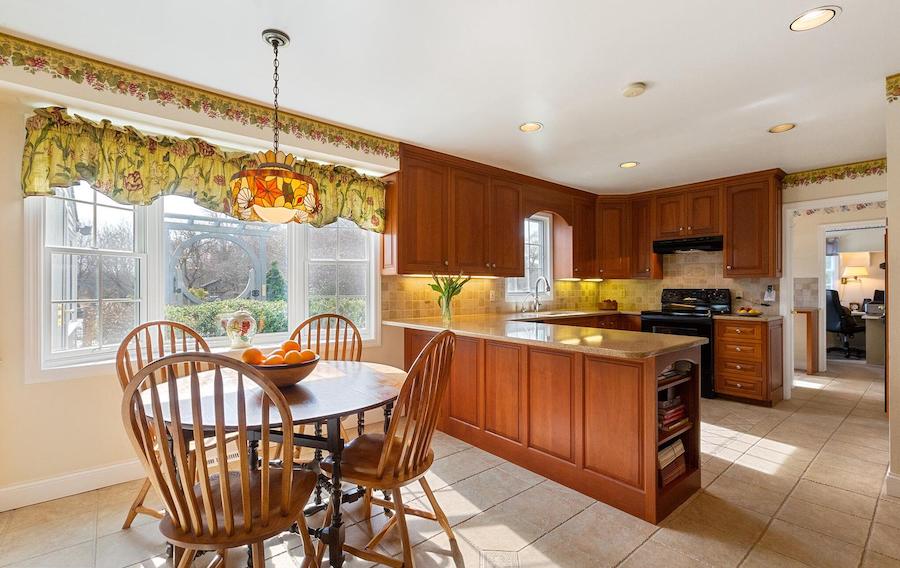 There you will find a nearly complete everyday living suite. “Nearly” because the family room is separated from the breakfast room and kitchen by a wall. 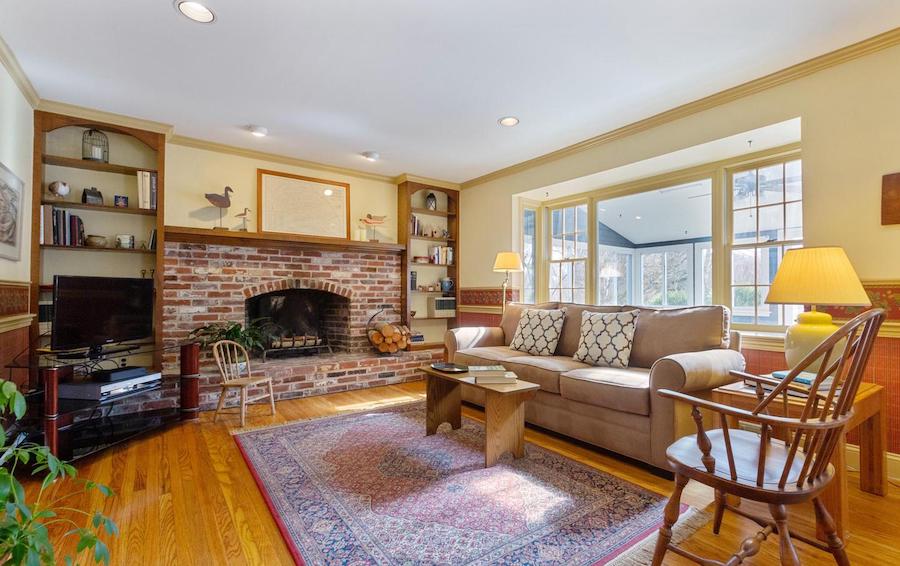 But since that wall has both a large doorway and a pass-through window from the breakfast room, it’s almost like it didn’t exist. 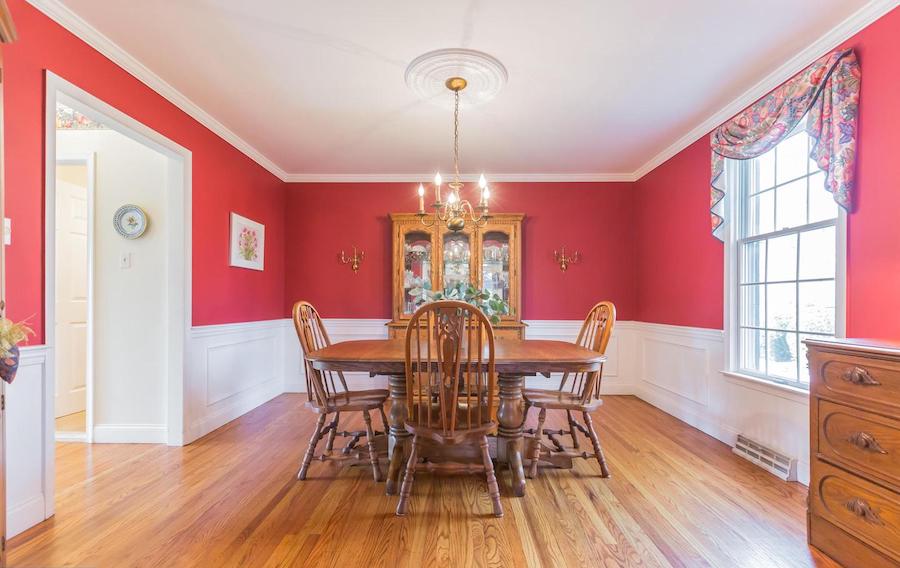 Up front, of course, everything hews to tradition. The formal dining room even has a medallion from which its chandelier hangs. 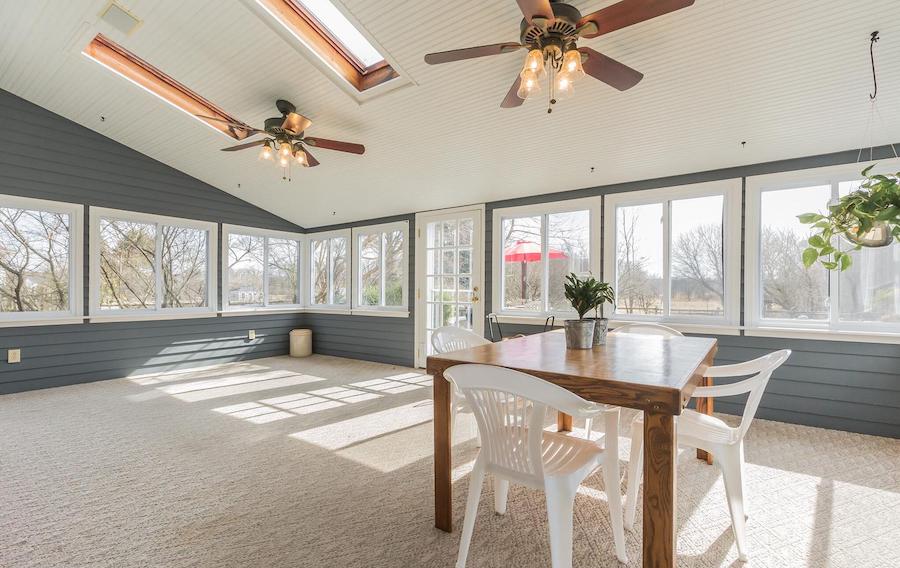 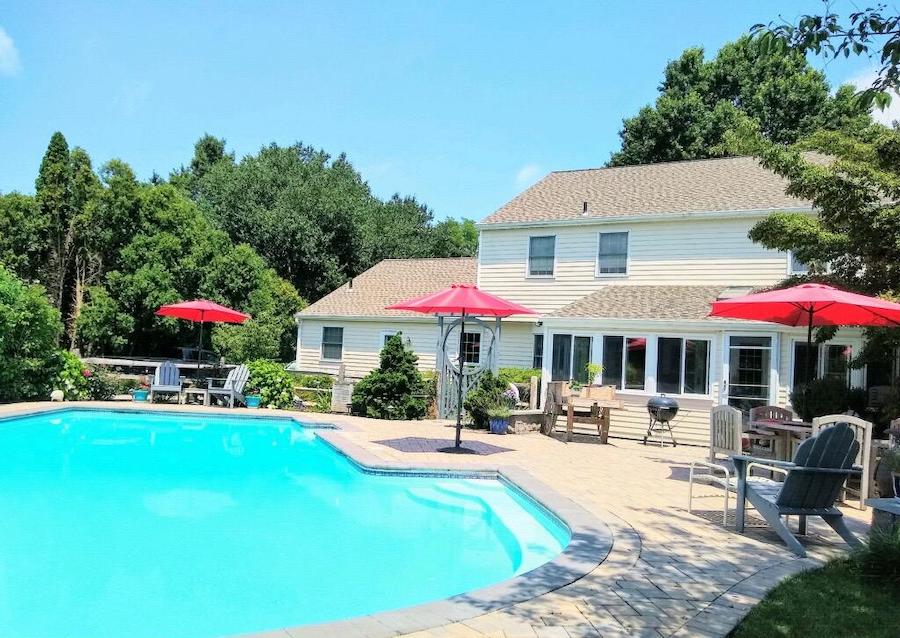 Meanwhile, in back, you’ll find even more modern appointments. These include a skylit sunroom and an in-ground saltwater pool and patio. 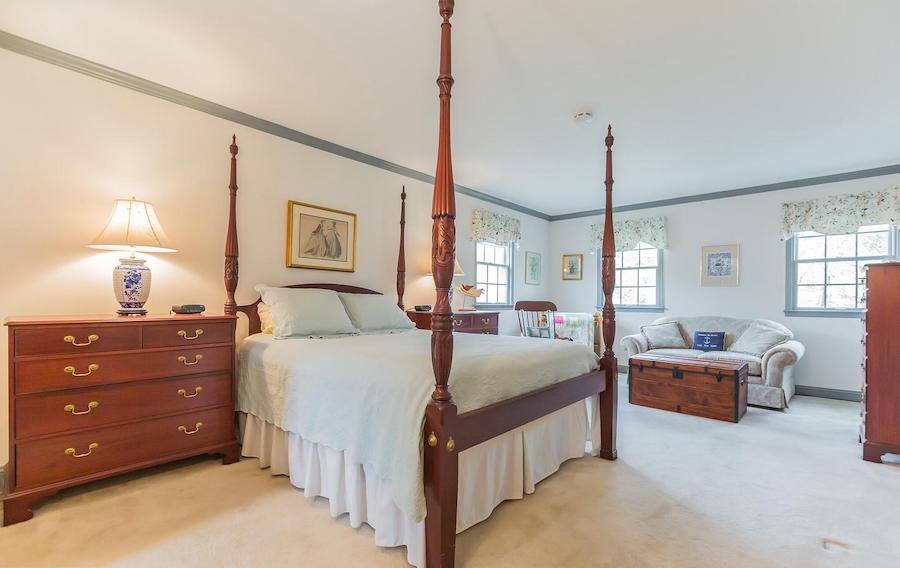 The upstairs bedrooms are all nicely appointed, as is the landscaped backyard. There you will find gardens, a treehouse, a playset and views of open space.

Located roughly midway between Washington Crossing and New Hope, this house on a quiet lane with only one access point offers you a chance to live the New Hope lifestyle.

OTHER STUFF: A $350 per year homeowners association fee covers common area maintenance in this private subdivision.