On the Market: Historic Georgian House in Wallingford

What do the builder of America's first railroad and the governor who gave Pennsylvania good roads have in common? This house that dates to well before both of them. 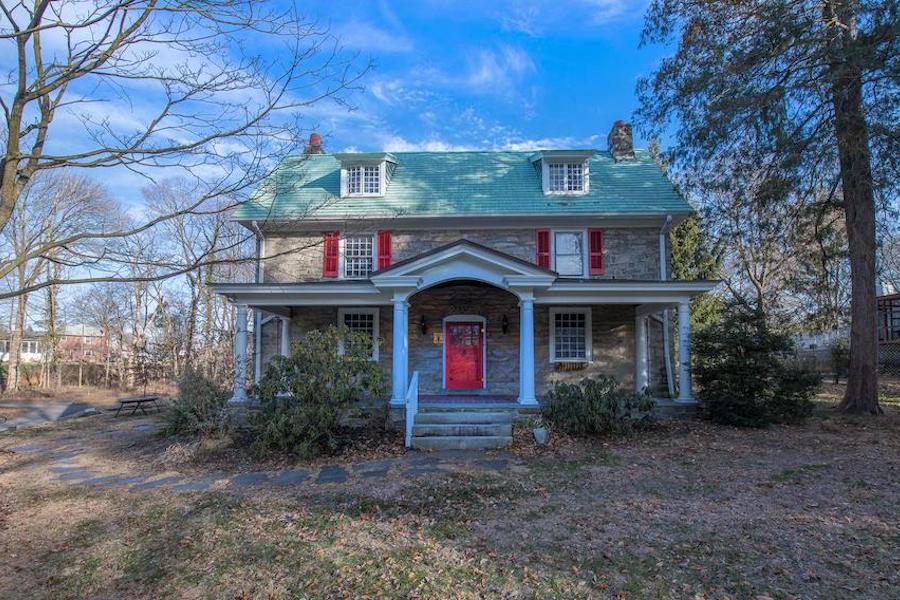 Sometime in 1737, a colonial Pennsylvania — farmer? merchant? Their name and identity have faded into the mists of time — built the handsome stone Georgian house you see above in Nether Providence Township, Chester (now Delaware) County.

That person had no idea that it would pass through the hands of two famous and noteworthy Pennsylvanians between then and now.

The first of the two was Scottish-born merchant and politician Thomas Leiper. Leiper migrated to Pennsylvania from Maryland in 1765 and promptly amassed a fortune as a tobacco merchant. Stone from his quarries made its way into bridges, curbstones, front stoops and buildings at Swarthmore College. In 1809, he built the first working railroad in America; it used ox-drawn cars to haul stones from his quarry three-quarters of a mile to a landing on Ridley Creek where they were loaded onto barges for the trip to Philadelphia.

According to the Nether Providence Historical Society, Leiper purchased this house sometime before 1800 to house guests who visited him at the summer home he built just up Crum Creek from this one in 1785. That house, “Strath Haven,” also known as “Avondale,” lies about one mile north of here as the crow flies.

In 1808, Leiper built a larger house next door to this one for his son James and his wife Ann Crosby. Sometime after 1900, those two houses and several hundred acres surrounding them passed into the hands of newspaper publisher, financier and State Senator William Cameron Sproul. He dubbed his estate “Lapidea Manor,” and it was while he lived here that he became the state’s 27th governor in 1919.

Eight years before, he sponsored the bill that would lead to his eventual election as governor. Known as the “Sproul Road Bill,” the act created Pennsylvania’s state highway network and earned Sproul the moniker “Father of Good Roads.” Part of one of those roads, State Route 320, is named in his honor. 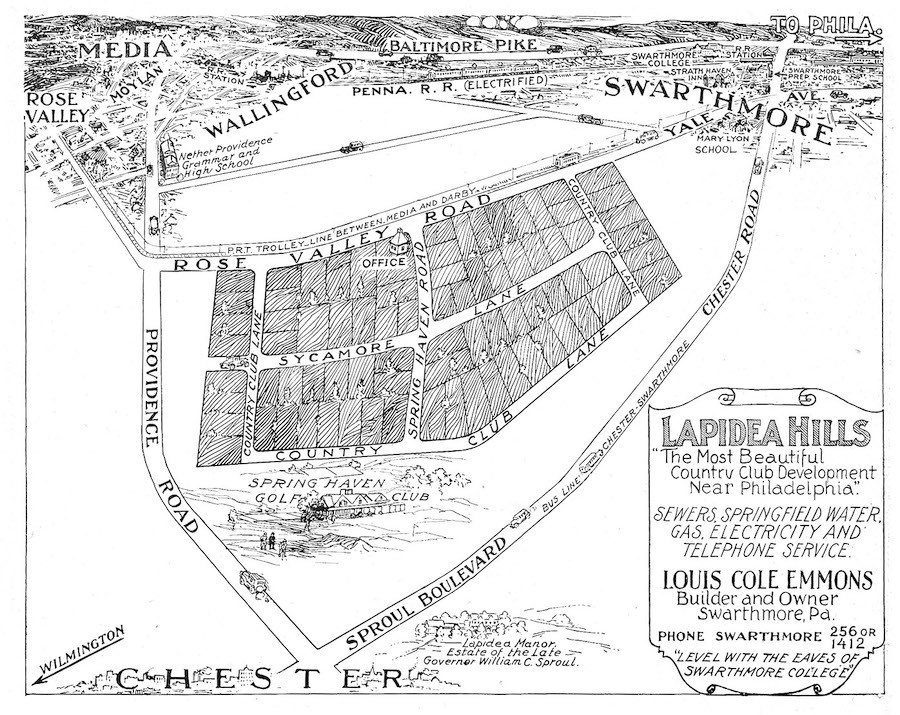 This 1928 promotional map, not to scale, shows the first part of “Lapidea” to be subdivided: “Lapidea Hills,” on the far side of the Spring Haven Golf Club from this house. State Route 320, which separates it from “Lapidea” proper and this house, is labeled “Sproul Boulevard” here. We know it now as Chester Road; on the other side of Swarthmore, it takes Sproul’s name once again.

So is the lane that runs east from Route 320 on which this house sits. Sproul sold part of the Lapidea estate, which Route 320 splits in two, for subdivision while he was alive. After his passing, the part east of the highway was also subdivided. The latter subdivision — “Sproul Estates” — surrounds this house and its bigger neighbor.

But “Lapidea,” “Strath Haven” and this lesser Leiper house all still stand as present-day links to Pennsylvania’s colonial past. 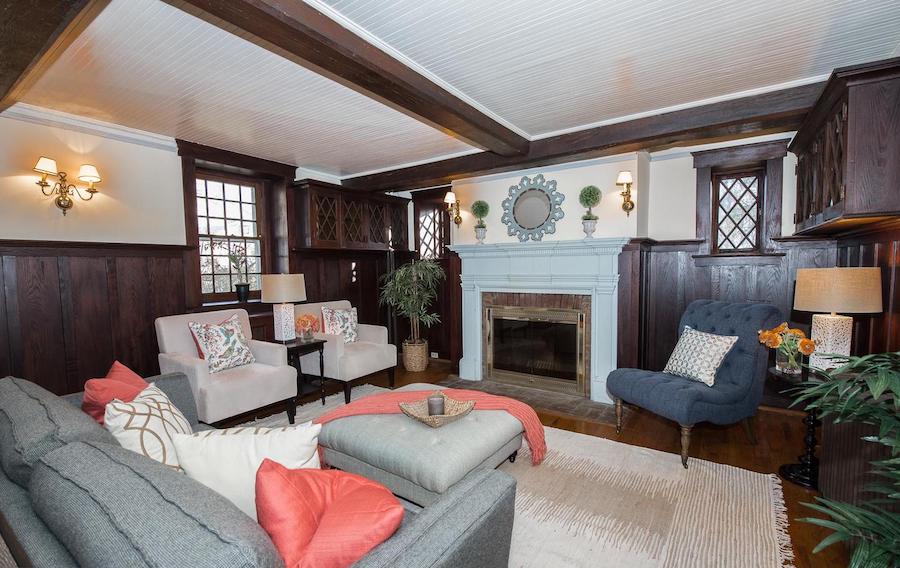 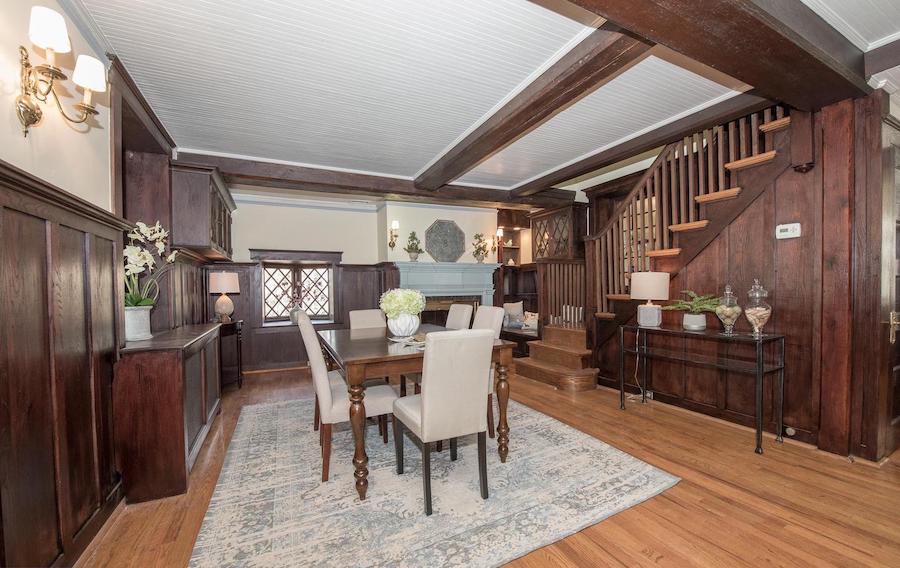 This link, however, now contains all the elements of modern American suburban living. Those include well-maintained living and dining rooms that received Colonial Revival makeovers sometime around Sproul’s time. 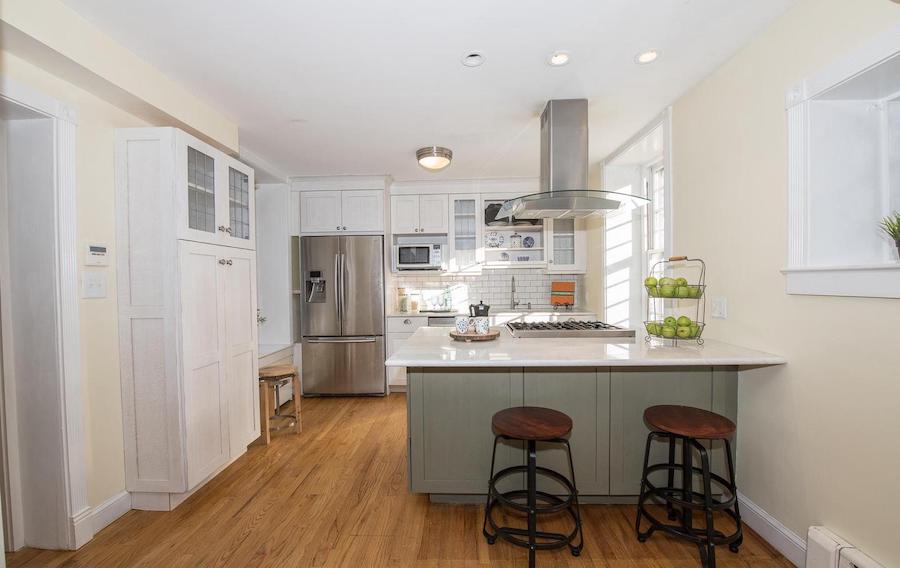 They also include a much more modern kitchen, recently redone with the latest appliances and fixtures. The kitchen is part of a wing that was added onto the original house later; the original house’s stone wall forms the wall separating the kitchen from the dining room at the photographer’s back. 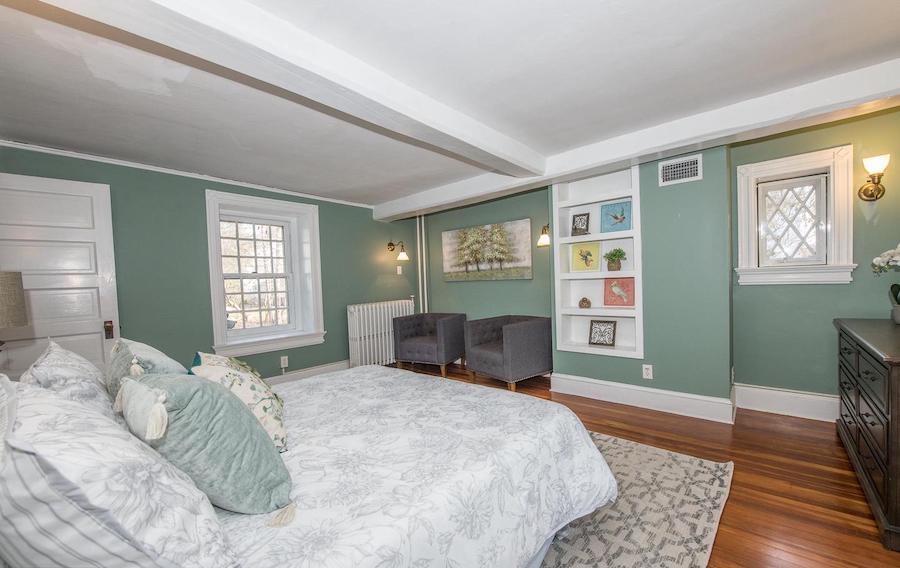 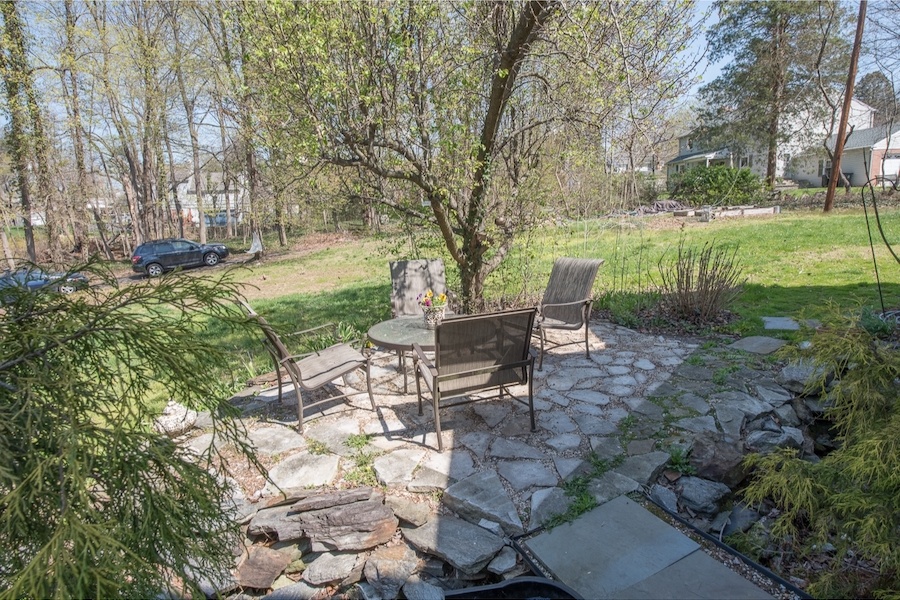 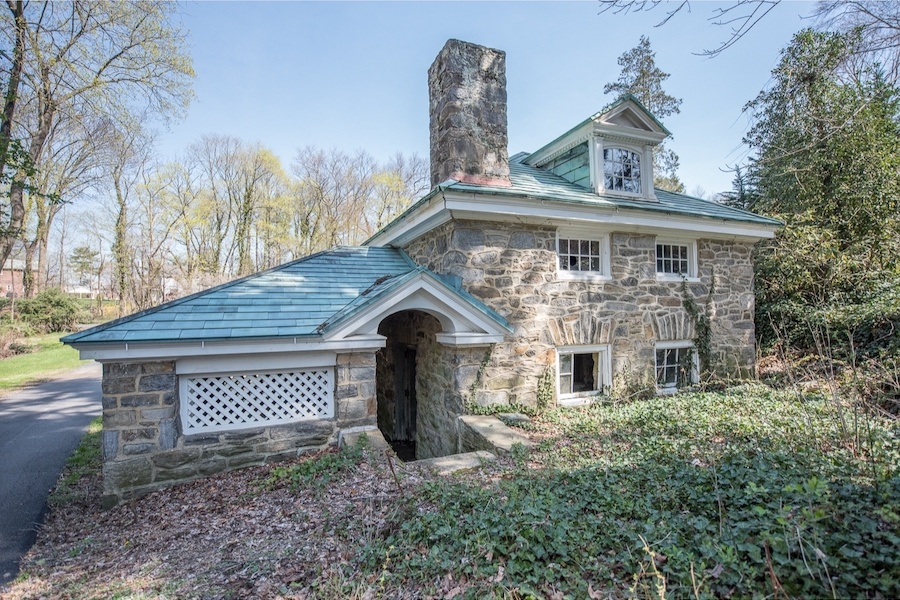 On its grounds you’ll find a handsome stone patio in back and another link to history in front: A two-story stone springhouse that has seen duty as an artist’s studio in the past.

To sum up, what we have here is a suburban residence with a true historic pedigree, one strong enough to warrant a state historic marker in front of — well, maybe not it but definitely its next-door neighbor. It’s been well cared for by a succession of owners since Sproul passed from the scene, all of whom have taken their stewardship of this little historic gem seriously. Would you like to join this distinguished chain? You now have the opportunity to do so.