This spacious condo in a building with a multifaceted past has lots of windows facing the square and lots of room for you, your family and your guests. 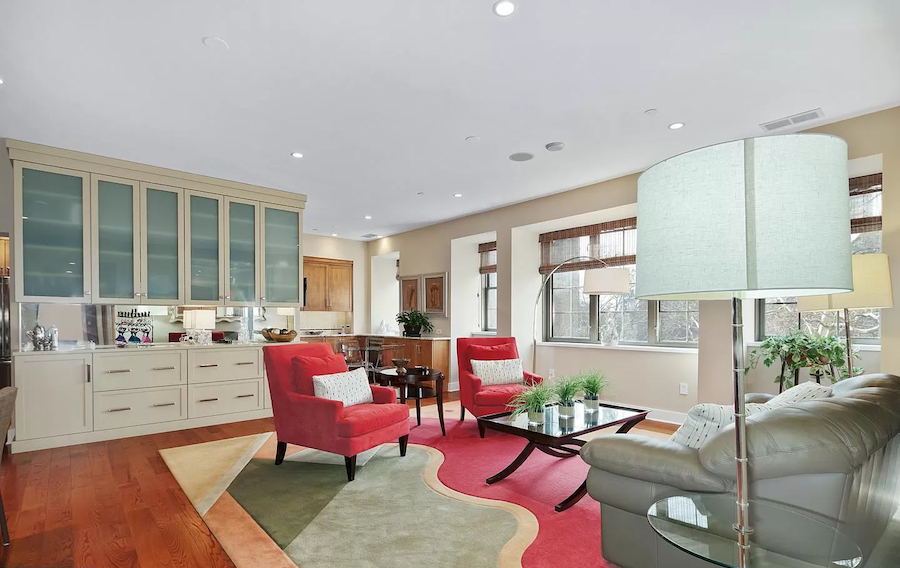 In New York, buyers kill for apartments in “prewar buildings.” These spaces, their aficionados claim, have more character and are better built and laid out than their more contemporary counterparts.

Here, people aren’t as insistent. But those older buildings do have apartments with more character. The building housing this one has a lot of it — and an interesting history to boot. What’s more, since it was converted to condominiums only 13 years ago, you get the best of both worlds: an apartment with all the modern features in a prewar classic.

The building containing it has ties to one of this city’s most beloved sports legends. It was originally the home of the Penn Athletic Club, founded in 1922 by legendary Olympic oarsman John B. “Jack” Kelly and several of his friends. 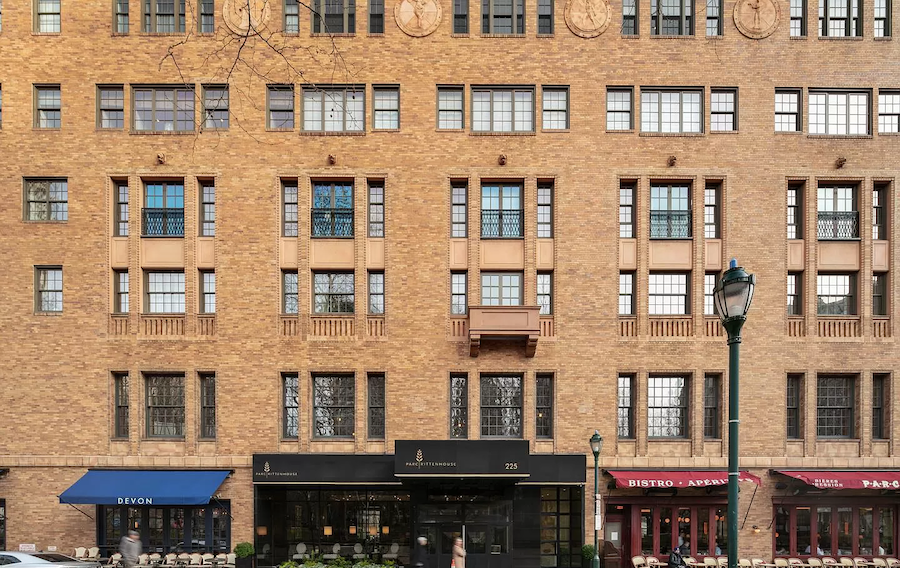 According to a brief history of the club on the Historical Society of Pennsylvania website, the club began work on its new home in 1925. It contained everything one might want in an in-town club: A health club, swimming pool, bowling alley and tennis courts. Several hundred rooms for overnight stays. Multiple restaurants, including a dining room for women, who also had fitness facilities just for them.

Unfortunately, work wrapped up just as the Great Depression hit, and the club struggled to pay its bills. It moved to more modest digs in a former mansion up the street around 1939. After that, the building housed government offices, rental apartments and a Sheraton hotel prior to broker-developer-City Councilmember Allan Domb’s purchase of the building in 2007.

Working with Jim Garrison of Hillier Architecture, Domb turned the building into a 266-unit condominium with apartments at a wide range of price points, including some in the upper $200,000s, a price that’s hard to come by for units right on Rittenhouse Square.

The Parc Rittenhouse conversion respected the building’s strong bones, as the photos of this condo for sale should demonstrate. 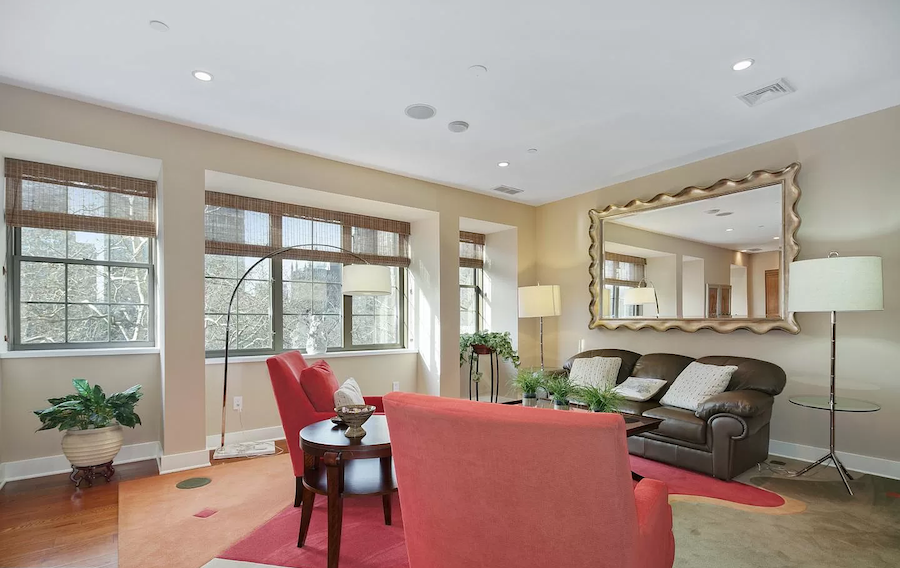 The deep window recesses and equally deep windowsills show that this structure was built to last. But the windows are large enough to flood the rooms with light and provide excellent views of the square. 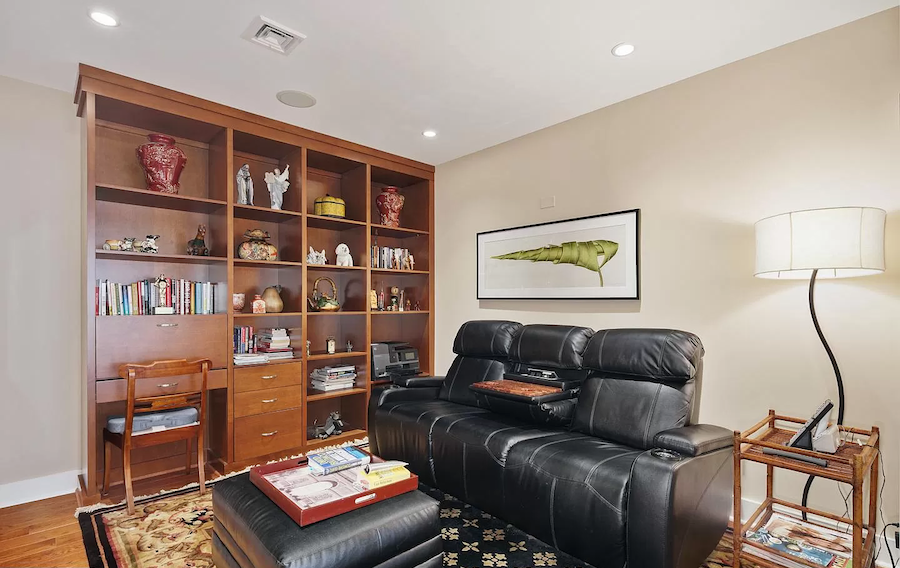 And every room in this condo has a view of the square save one. That one room is the third bedroom, which currently serves as a den. To turn it back into a bedroom, just reinstall some doors; you could also add a transom to let natural light in.

The rest of the unit is designed for modern living. It features an extra-wide foyer that opens onto an open living-dining room. 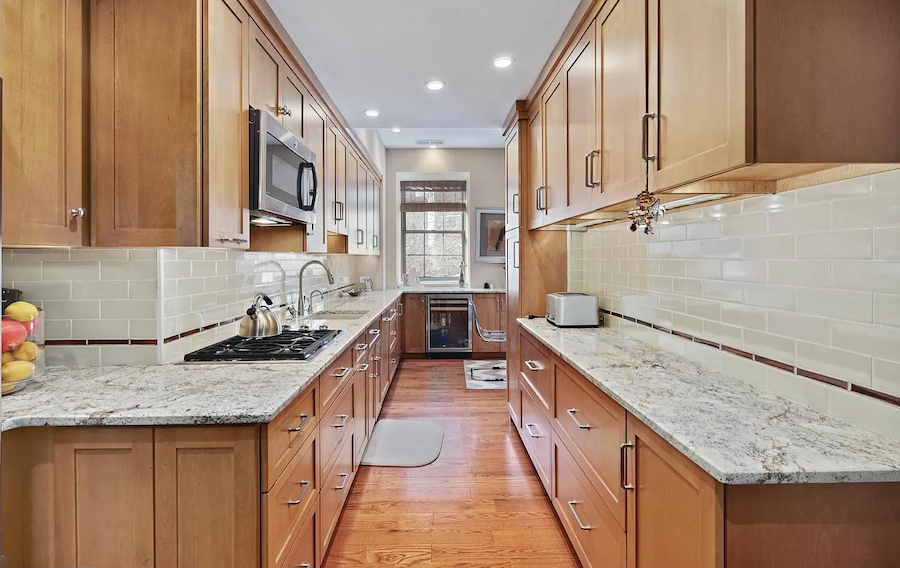 A dry bar occupies the wall separating this room from the eat-in galley kitchen. That kitchen, which got an upgrade along with the rest of this condo for sale recently, is well outfitted, with a beverage fridge, double oven, dishwasher, microwave and plenty of counter and cabinet space. 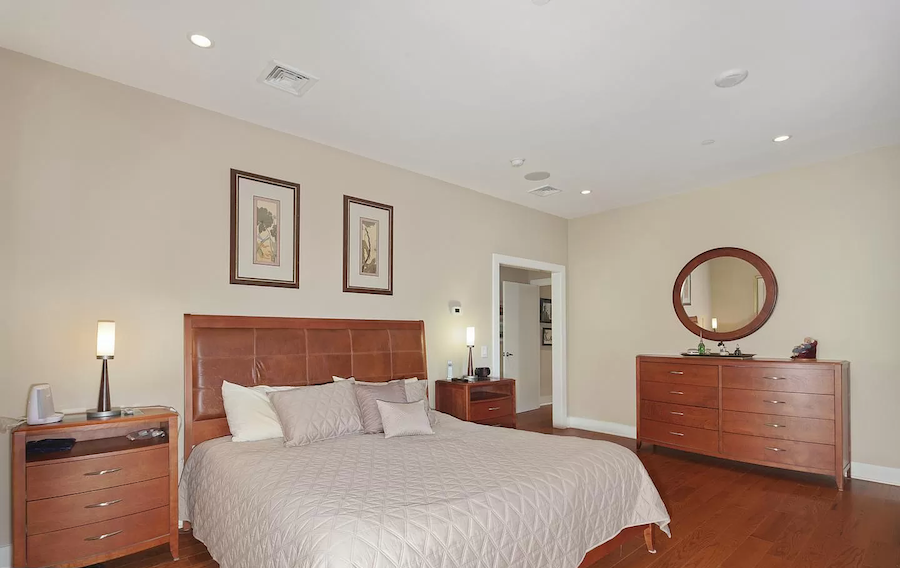 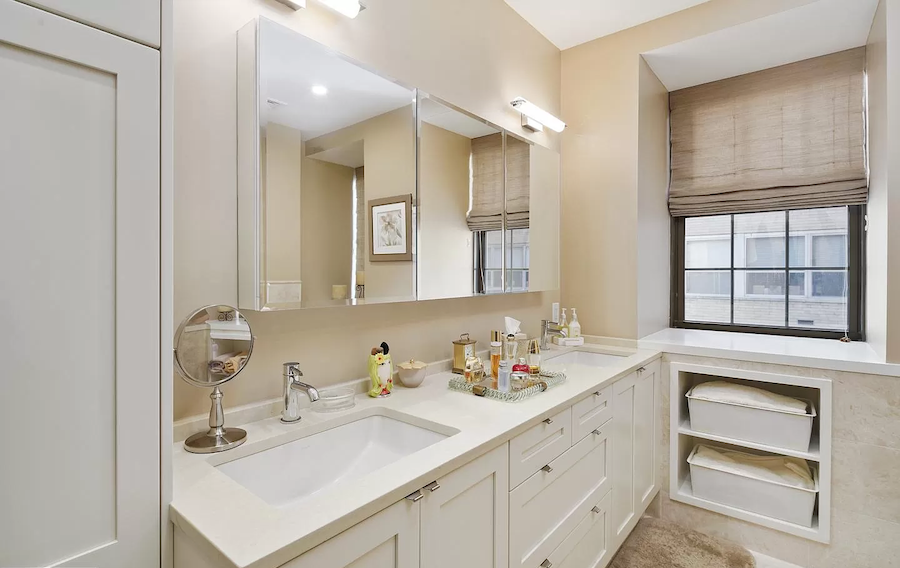 The master bedroom includes a large, organized walk-in closet and a bath with double vanities. 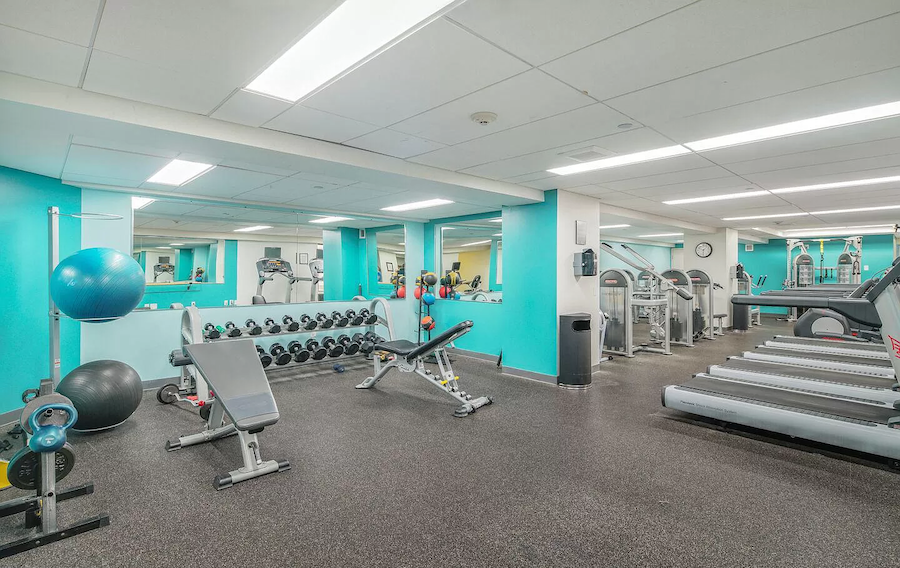 And its building channels its past in two ways. One lies indoors — its fully-equipped fitness center. 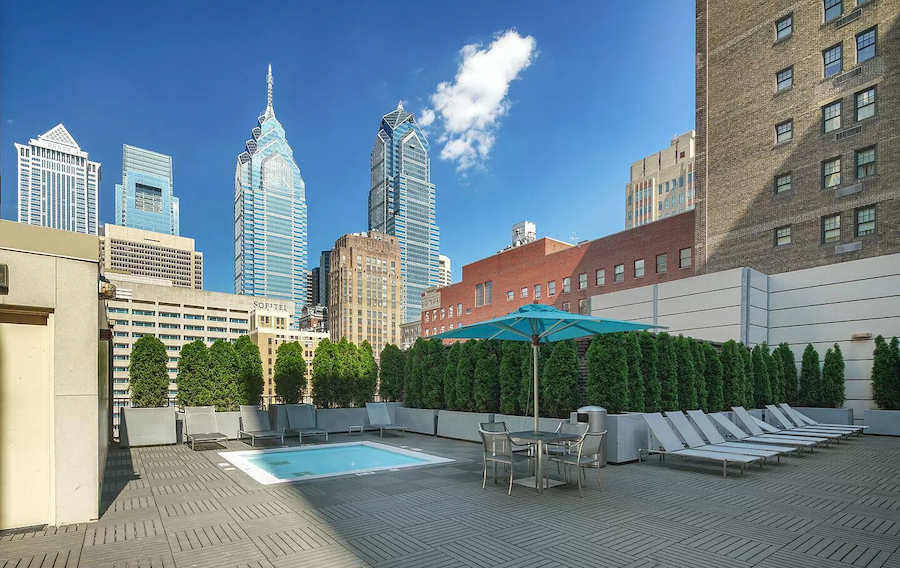 The other can be found on its spacious outdoor deck, which features a swimming pool and hot tub. 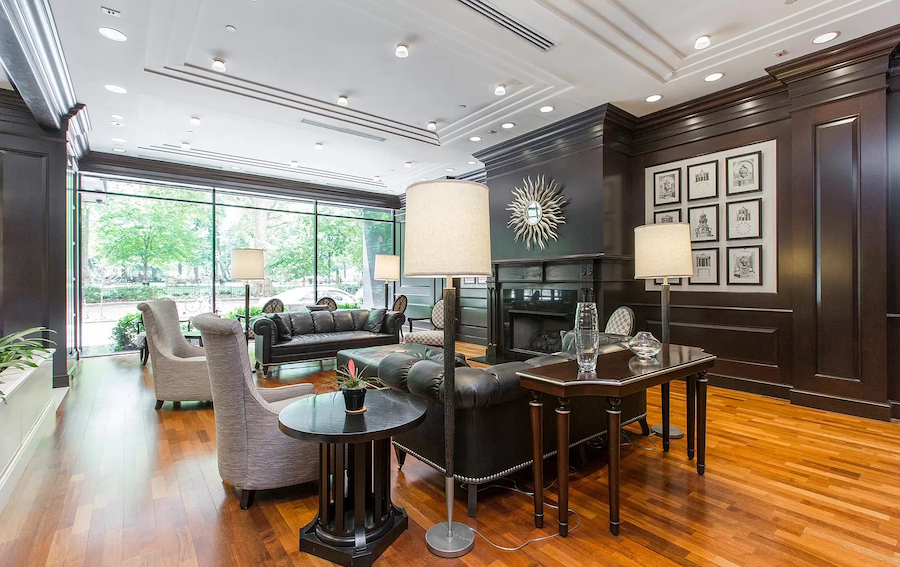 The building also has a club room for residents, an elegant lobby lounge, and two of the restaurants that make up the 18th Street restaurant row: Devon Seafood Grill on its north end and Stephen Starr’s Parisian brasserie, Parc, on its south end.

And, of course, all of Rittenhouse Square and Rittenhouse Row lie at your doorstep, and it’s a short walk to everything else people like about Center City living.

History, modern creature comforts and city convenience: This condo for sale has it all.

OTHER STUFF: This unit comes with a deeded parking space in the building’s secure underground garage.