On the Market: Updated Carriage House in Rittenhouse

This handsome house for sale has the width of a carriage house, but it never served as one. Instead, its layout suggests nothing so much as a rowhouse turned sideways. 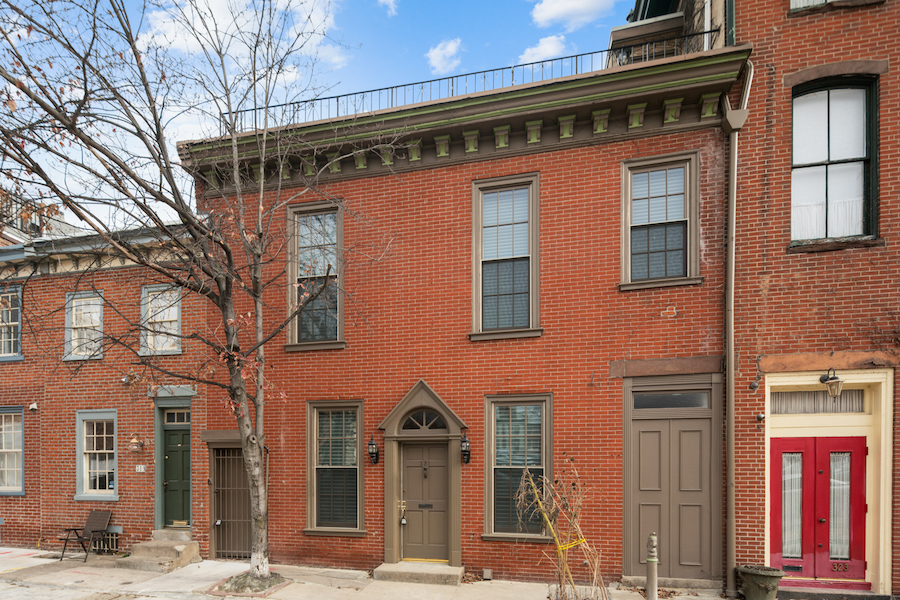 On many of the “little streets” tucked behind the grand houses that line the thoroughfares in Washington Square West and Rittenhouse Square, you will find carriage houses — structures that once housed the horses and coaches that carried the residents of those grand houses around the town.

Just about all of them house residents now, but they remain easy to spot. They have wide frontages on the street — necessary to accommodate the stable doors. And they usually have only two stories; the caretaker or coachman lived above in simple quarters, which became a little fancier once their downstairs floors were converted to living space. 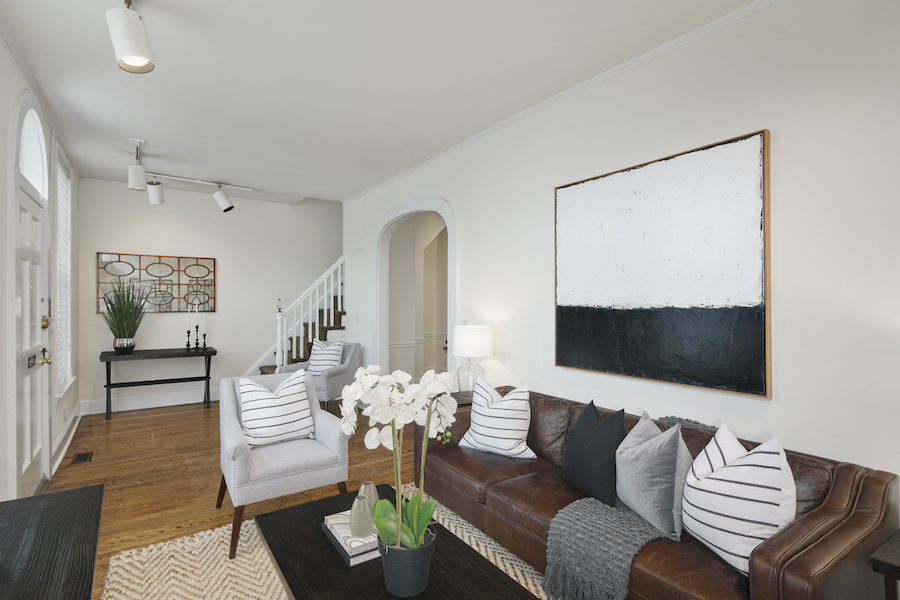 This handsome 19th-century house for sale in Rittenhouse Square matches those carriage houses in every respect save one: As its facade should make clear, it never functioned as a carriage house. It may, however, have had either a separate unit upstairs or something in back of the house, judging from the door on the right side of the facade. 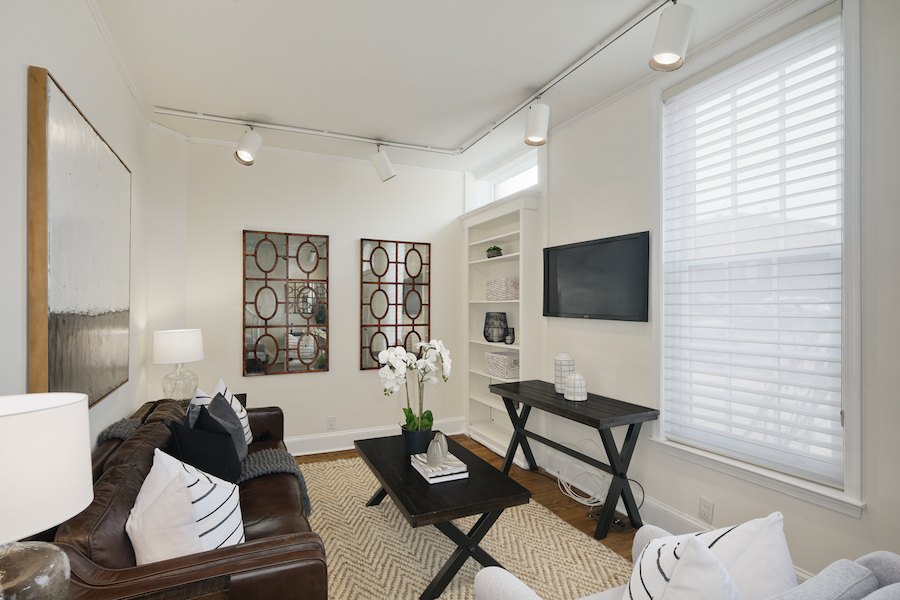 That door no longer functions; a bookcase now fits into its opening in the living room.

Something else you might notice upon entering is that this house for sale is wider than it is deep. In that sense, it’s a traditional Philadelphia rowhouse turned on its side. 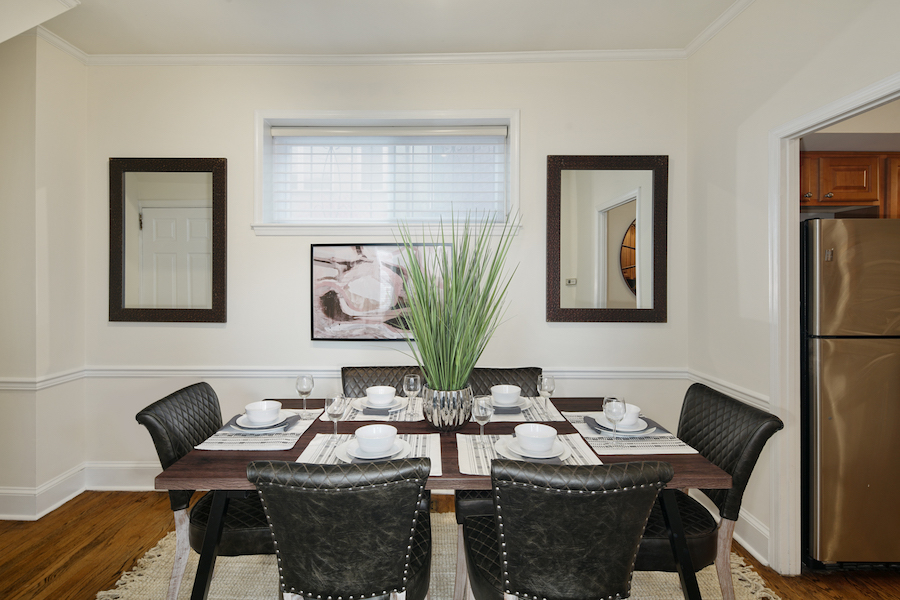 That sideways orientation also creates an unusual main-floor layout. The living room spans the front of the house, and the dining room lies behind it through a large archway. Its large west-facing windows let in plenty of afternoon sun. (And you will get plenty of afternoon sun, for across the street from this place is a surface parking lot.) 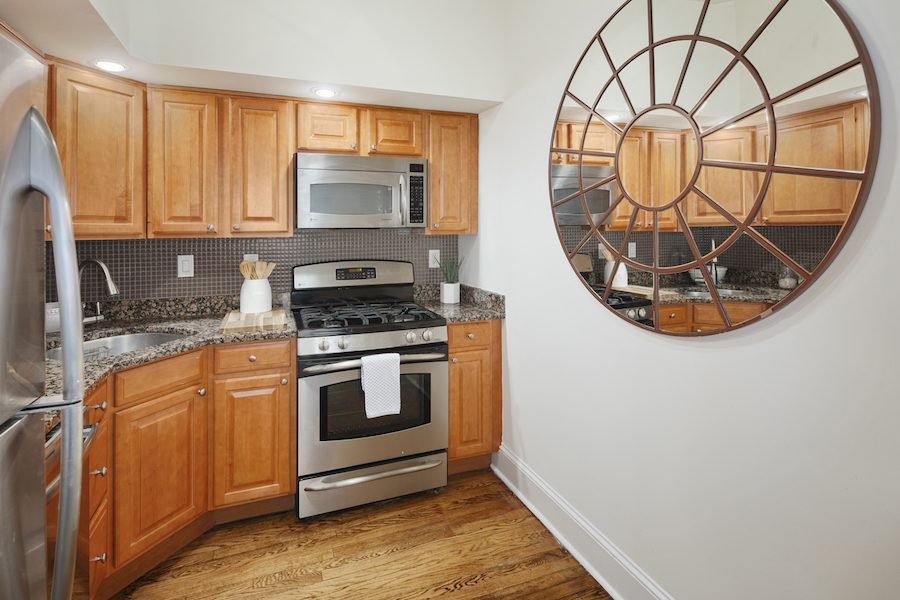 The kitchen lies behind the living room too, connected to the dining room by a doorway. 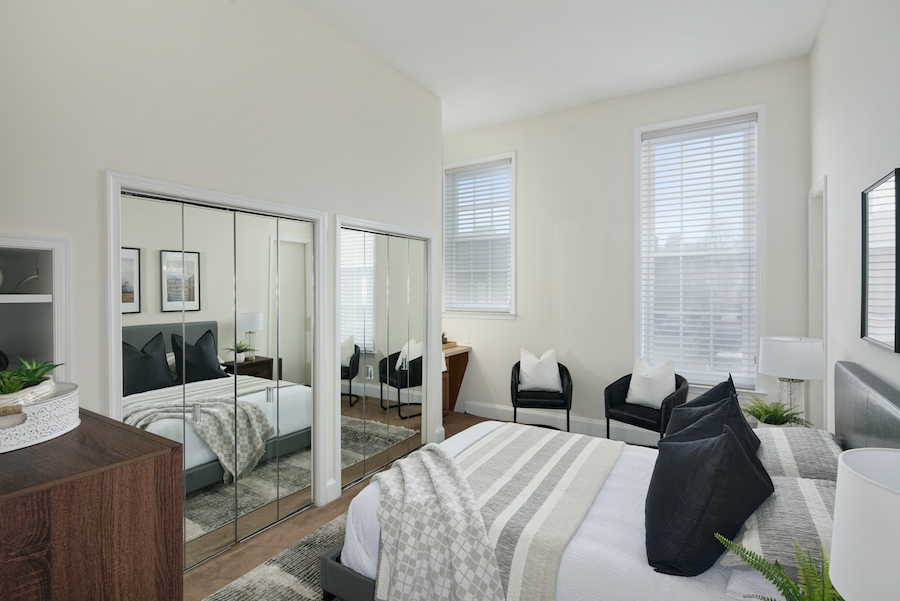 Upstairs, you will find two bedrooms with double closets along the west side of the house. The larger of the two has mirrored folding closet doors and an en-suite vanity. 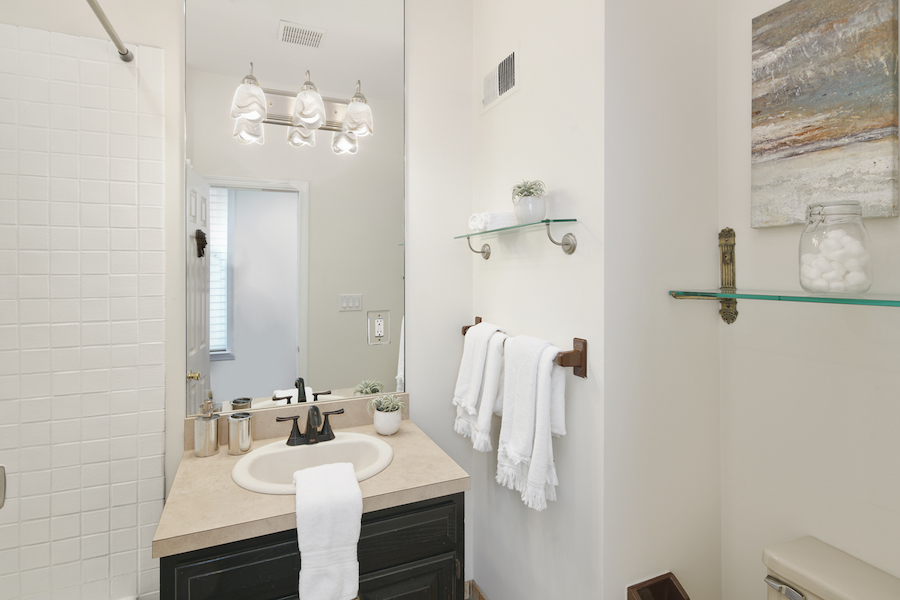 There’s also a downstairs consisting of a finished basement, a second bathroom, a laundry room and extra storage space. 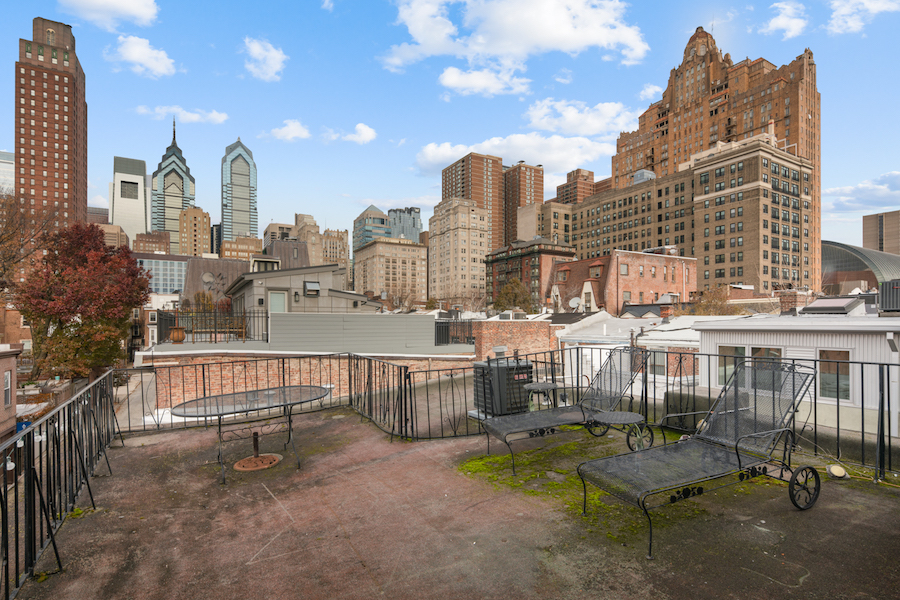 And topping all this off is a roof deck with a nice skyline view. It’s ready for use as is, but you might also want to give it the kind of upgrade the rest of this house got recently.

Because this house is on one of those little streets, you will enjoy peace and quiet. And because it’s close to the Avenue of the Arts, Rittenhouse Row shopping, South Street West dining and Rittenhouse Square itself, you can enjoy all the best things Center City Philadelphia has to offer whenever you feel like it.

And at a decent price for Rittenhouse Square too.