On the Market: Century-Spanning Manor in Flourtown

Four centuries of traditional American domestic architecture are on display in this one singular house for sale. 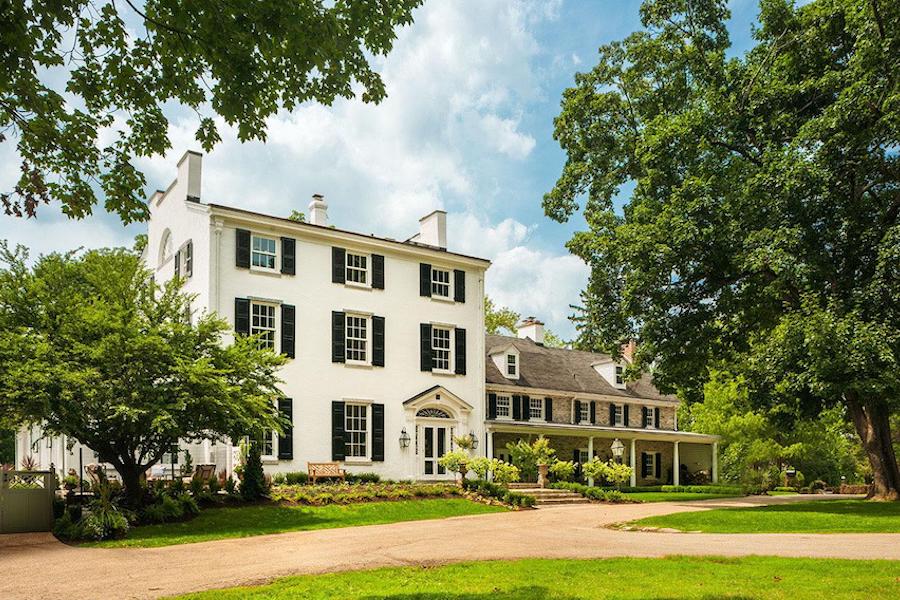 There are many opportunities hereabouts to live in historic houses that have stood for centuries.

Far fewer opportunities exist to live in history lessons that have evolved over the centuries.

One of these is now on the market in Flourtown.

This house for sale is known as “Willow Dam,” and within its walls you can see the evolution of American traditional domestic architecture. 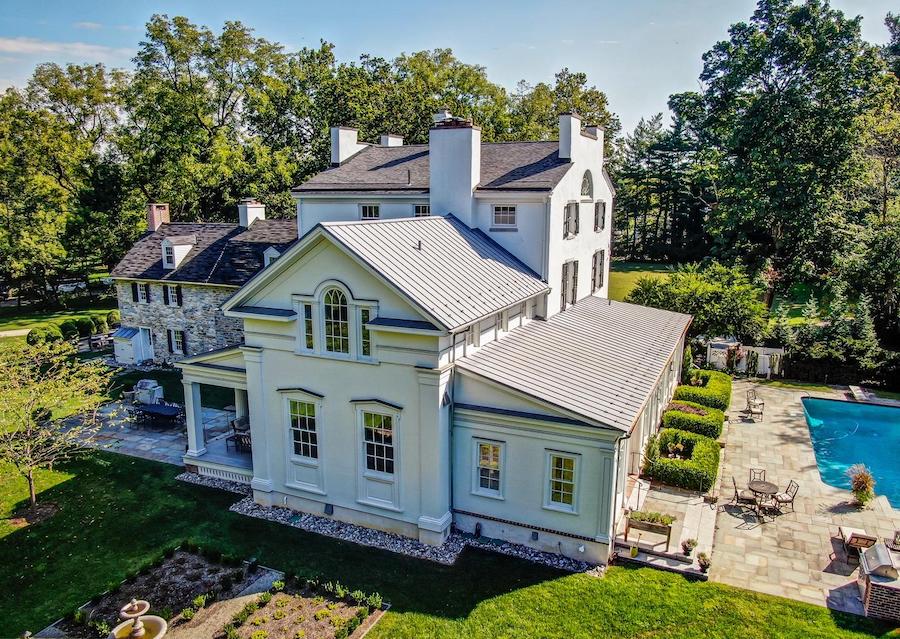 Bird’s-eye view of rear or house; 2014 addition is in the foreground

That’s because this house has three distinct wings spanning four centuries: a stone farmhouse dating to the 1700s, a Colonial manor added to it in the 1800s, and a neotraditional wing tacked onto the back of the manor in 2014. 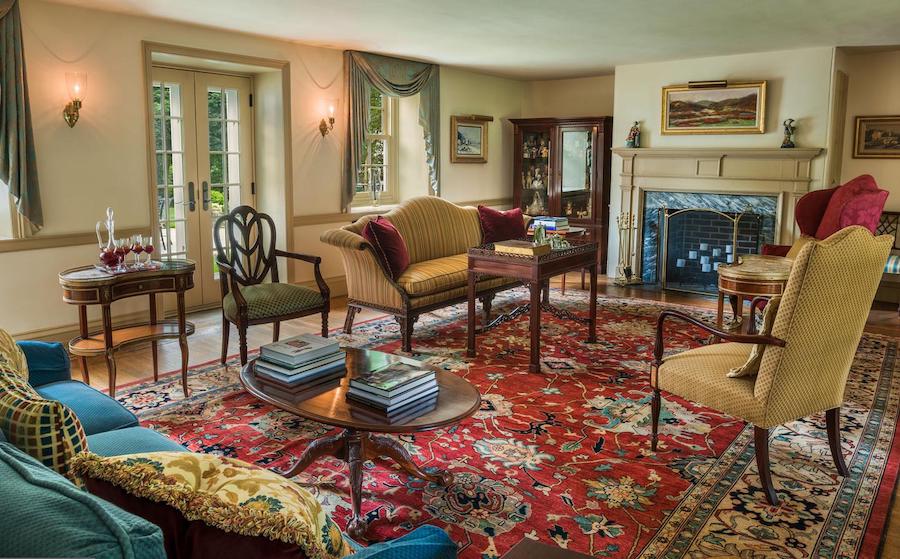 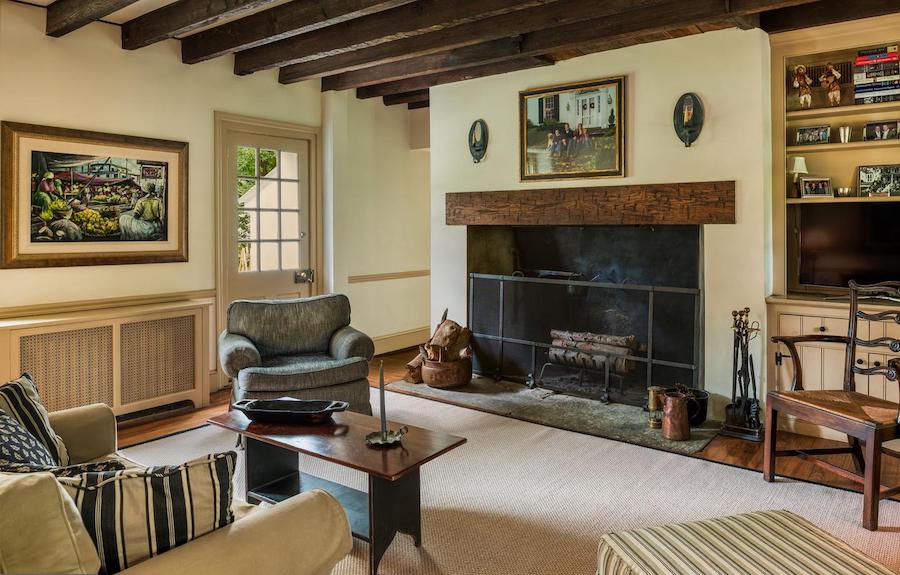 The coziest part of the house is the original 1700s farmhouse. Here you will find the traditional living room and a cozy den that was most likely the original kitchen, given its fireplace.

The entrance to the 19th-century wing is right next to the original house. The first thing you will notice is the higher ceilings; main floor ceiling heights in the late 1800s were higher than they were either before or since. 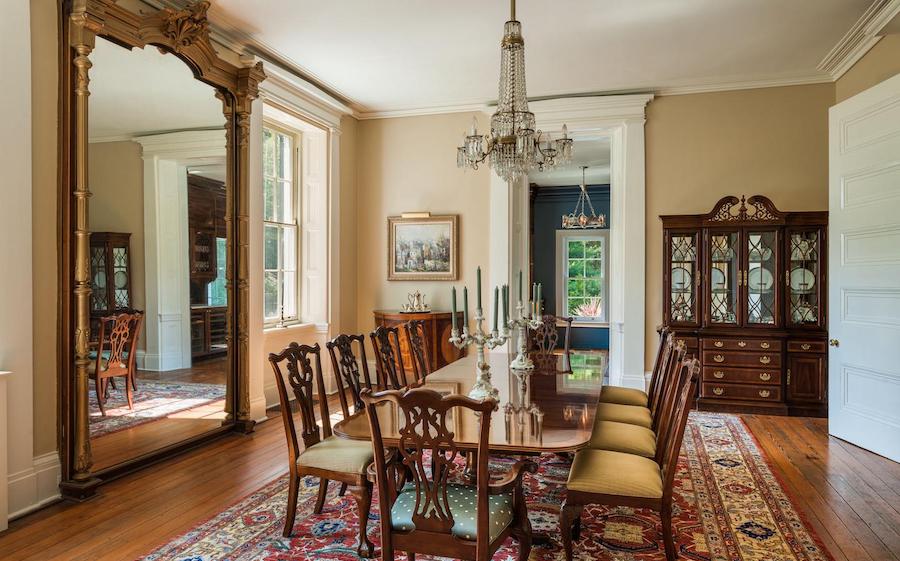 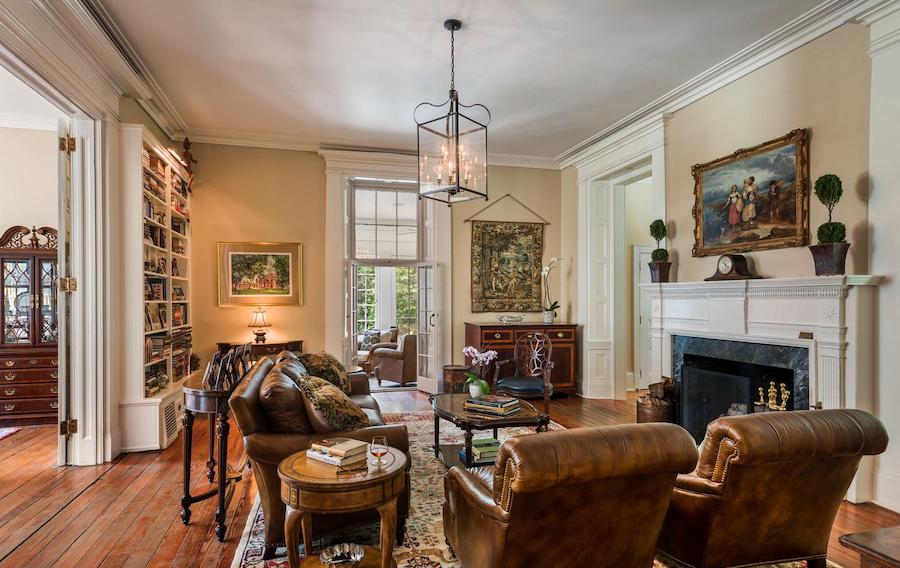 This part of the main floor contains the dining room and library.

Behind and to one side of these rooms lies the 2014 addition, which has more elaborate decoration on its outside but has the same restrained elegance as the rest of the house on the inside. 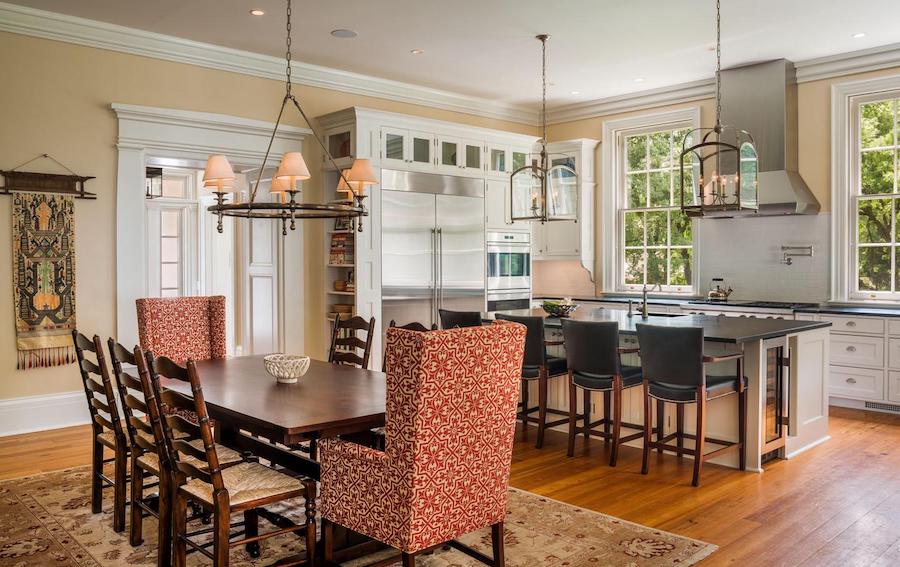 Its main element is a spacious eat-in kitchen with the usual array of high-end appliances plus a fireplace that recalls those 18th-century hearth fireplaces. 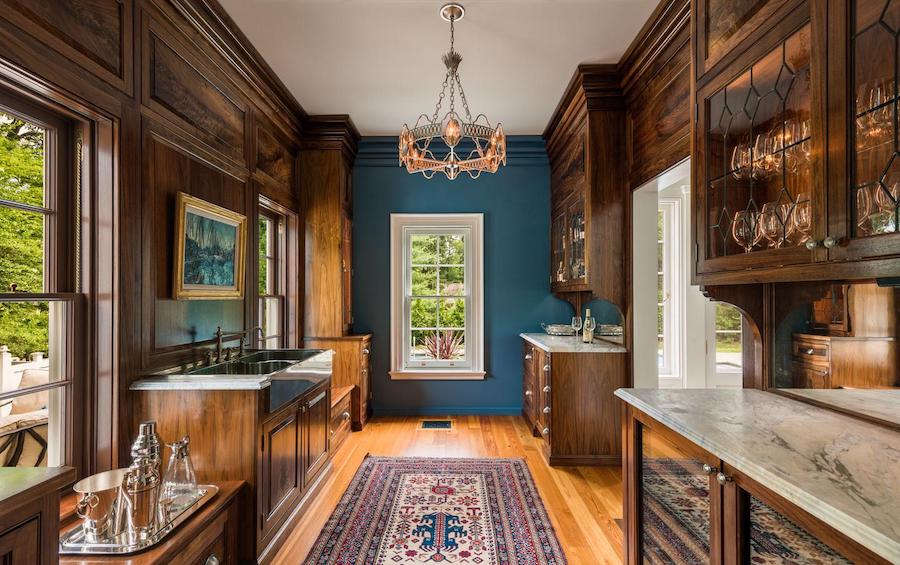 In the side wing of the addition, you’ll find a mudroom, powder room, private office, sunroom and commodious bar that connects to the dining room. 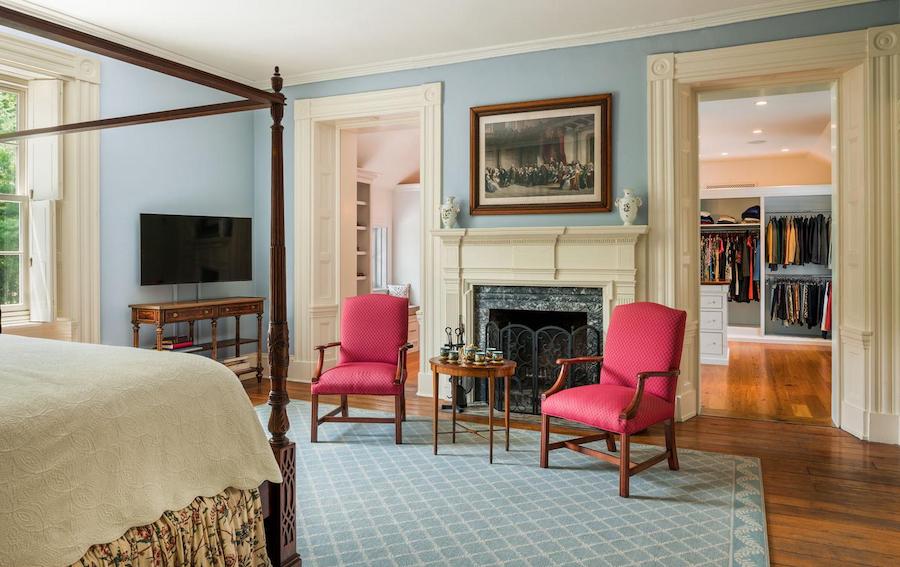 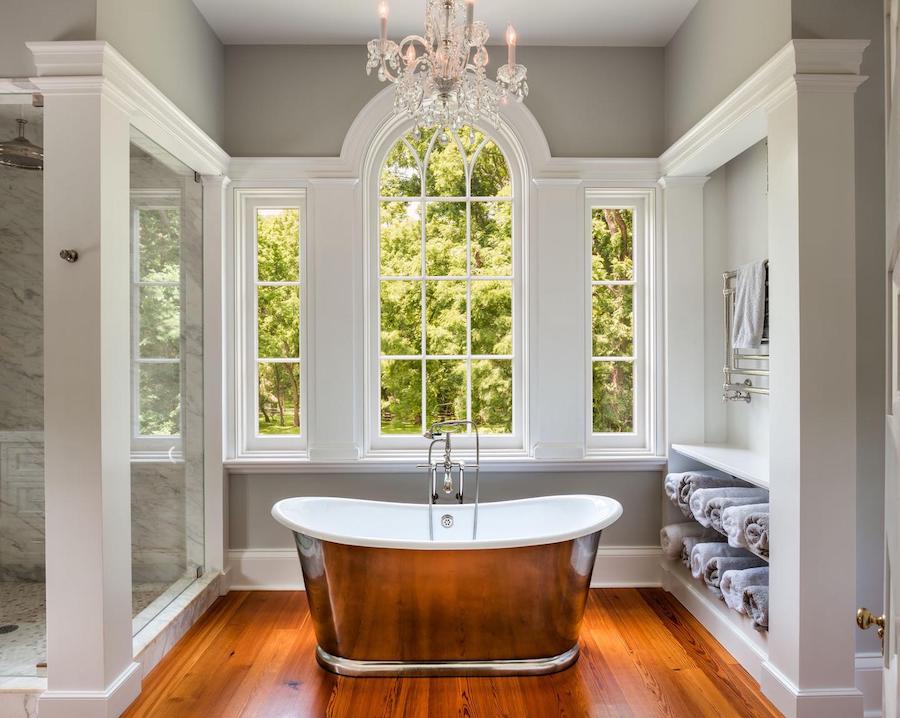 And on the second story of the 19th-century wing and the 2014 addition you’ll find the master suite. The bedroom with fireplace is in the 19th-century wing; beyond it in the addition are a huge walk-in closet and dressing room and a luxurious master bathroom. In all, the house has eight bedrooms on its upper two floors.

The newest wing also has a gracious covered porch on one side facing a flagstone patio. Another flagstone patio with a pool in its middle sits on the other side of the wing. 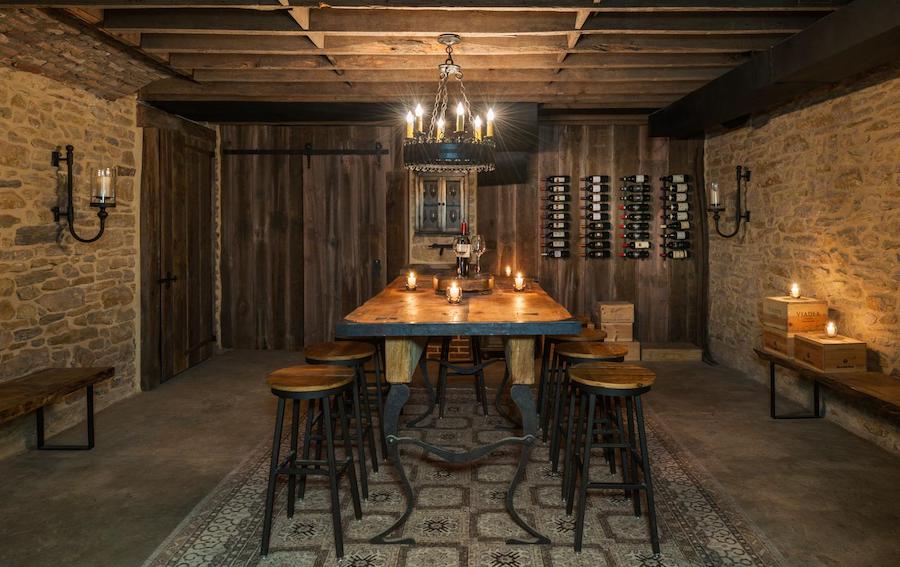 And part of the basement has been turned into an attractive wine cellar.

This handsome history lesson sits roughly halfway between Chestnut Hill and Fort Washington, just off Bethlehem Pike. If you work in the latter, this is an excellently located house. If you enjoy shopping and hanging out in the former, ditto. And if both apply, doubly so.