Nothing fancy at all about this modern rowhouse for sale: It's an updated, enlarged version of the "workingman's rowhouses" that filled the city from the 1870s through the 1930s. 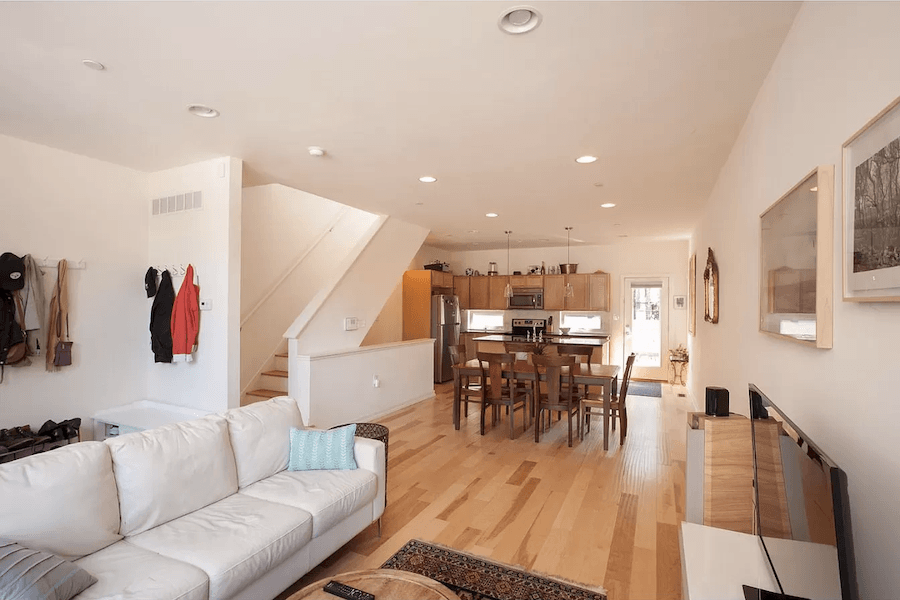 At the dawn of the last century, Philadelphia took great pride in its status as the self-described “city of homes.”

“America’s largest Home City with more Home Owners than any other City in the World,” boasted a lithograph produced to celebrate — one year after it actually happened — the 225th anniversary of the city’s founding, in 1908. 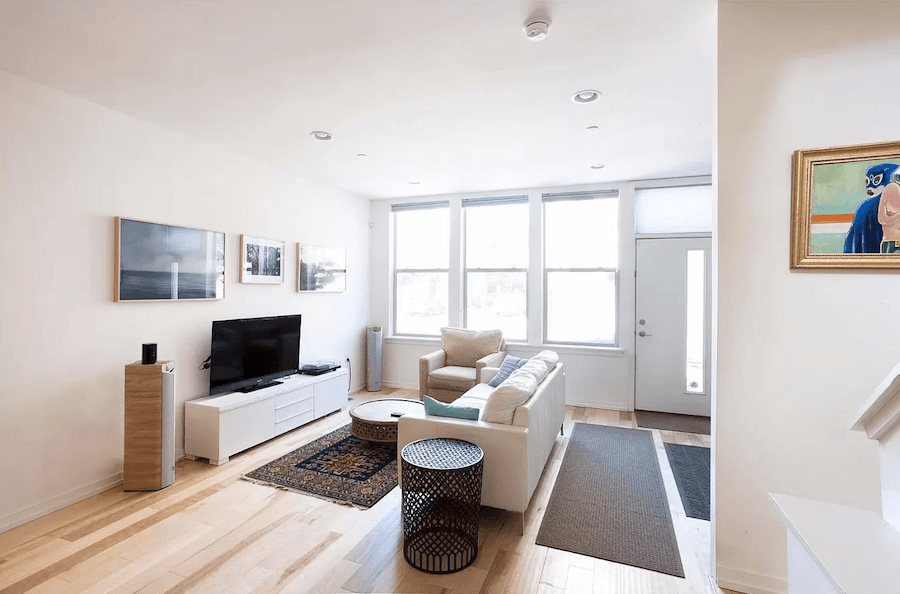 The reason Philadelphia could make that claim? The vast expanses of “workingman’s rowhouses” found in North, West, South and Southwest Philadelphia and the River Wards. These modest two-story rowhouses had adequate living space for a small family and were priced within reach of ordinary working people, who could afford them thanks to the many building and loan associations and savings banks that offered loans within their reach.

We haven’t built such housing in such large numbers since at least the 1960s. Most of what we’ve built since then lies within reach of only a fraction of the city’s population. 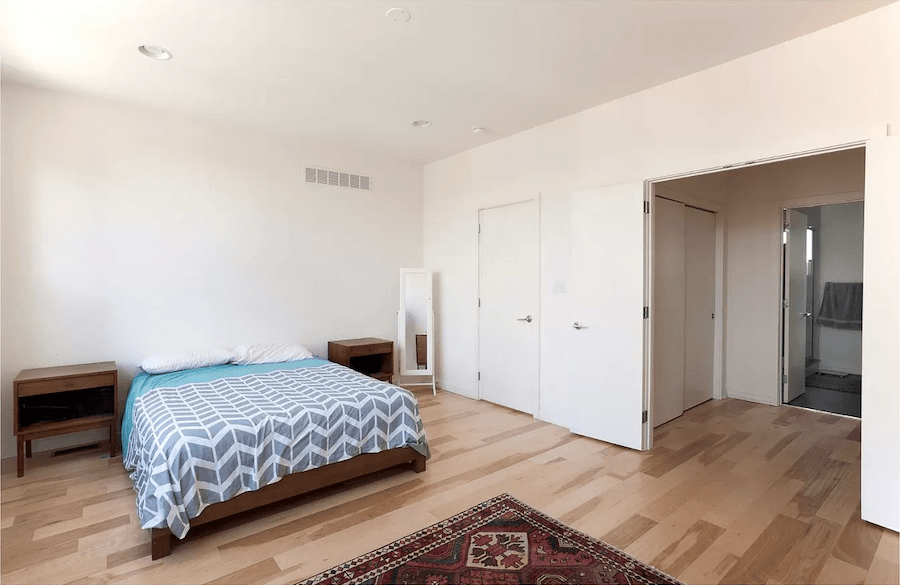 But we do still build houses that those small working families could move up to as they grew in both size and affluence, and this is one of those. 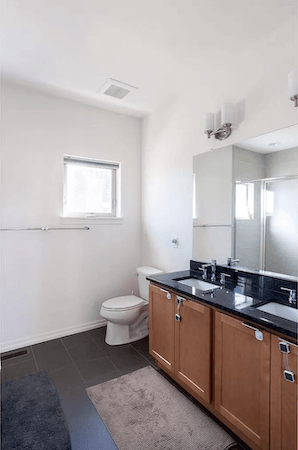 It’s equally unfussy and unadorned on the inside. Its style more closely resembles the type of new construction common in the 1980s than it does today’s fashion. No metal stair rails. No floating staircases. Not a speck of gray anywhere.

That last I consider an asset, not a defect. The off-white walls here amplify rather than mute the ample sunlight that pours through those full-width front windows. 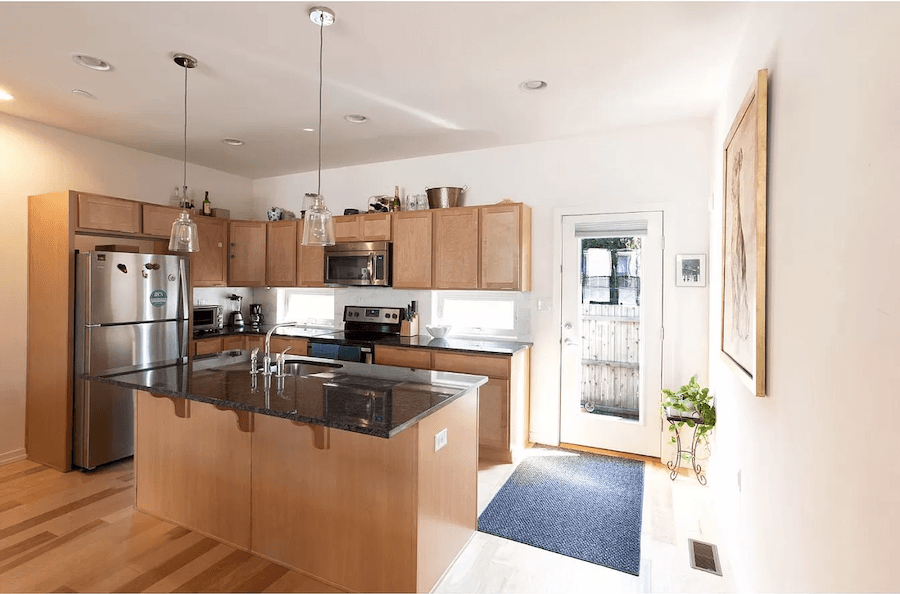 It does have granite countertops and stainless steel appliances, though. 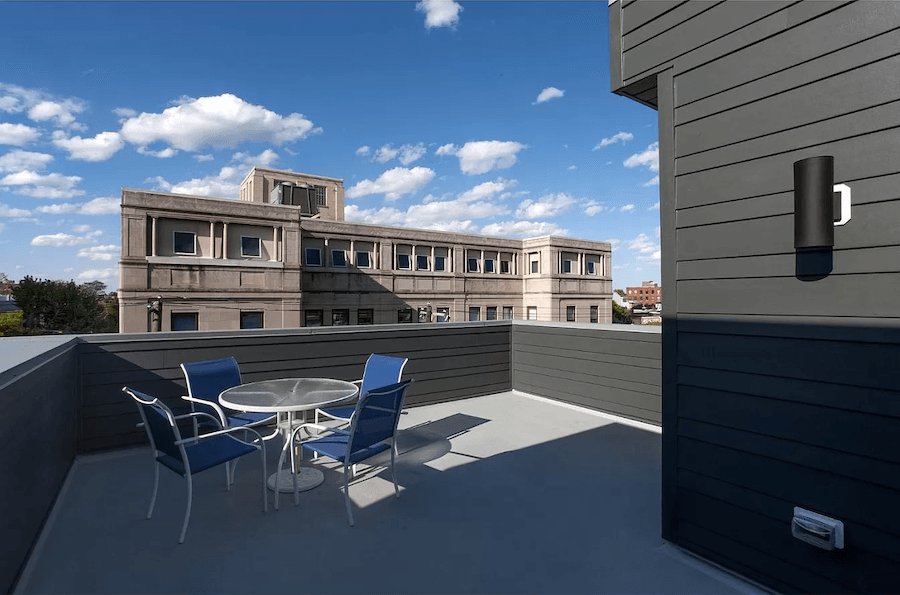 It also has a rear patio that’s ready for your green thumb, another asset. And it has an ample roof deck.

And it has a great location, one block from Cruz Playground, two from Girard Avenue, and four and a half from Front Street. That means you have easy access to great restaurants, interesting shops, a large supermarket and frequent transit within walking distance.

Finally, it has a great price too: under half a million.

OTHER STUFF: The interior shots you see here are actually of the house next door, which was completed at the same time, owned by the same owner and sold by the same broker/agent. This house is a corner house and thus gets even more light than the one in the photos does. Its fourth bedroom was partitioned from the finished basement.