Evidence of this handsome dwelling's farmhouse past abounds. Yet it stands refreshed and ready to handle a more urbane style of living. 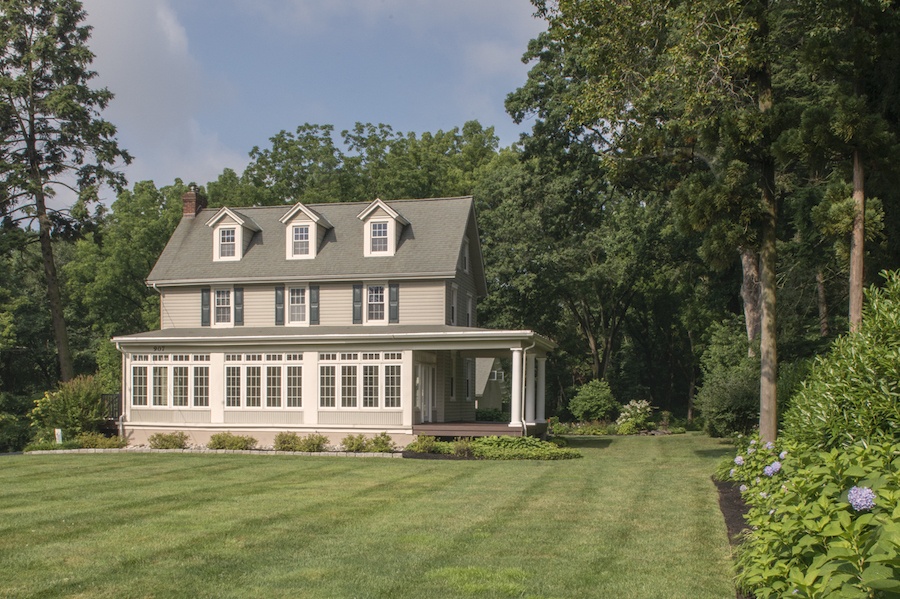 I have a confession to make.

I’ve signed up for the mailing lists of several agents whose houses I have featured here in the past. Often it’s because those agents had a knack for finding drool-worthy houses suitable for sharing with you.

But my eyes tend to light up when something lands in my email inbox from BHHS Fox & Roach agent Scott Laughlin.

That’s because he’s as big a history buff as I am, and if I open the email, I’m sure to find a great story about a house with a history.

Which is why you see this house featured here today.

The story behind this house begins, of course, with William Penn, who granted a fellow named John Sharpless 1,000 acres of land along Ridley Creek in what is now Delaware County even before he set sail for his new colony of Pennsylvania. The land was carved up into townships; one of them was called Providence, and in 1683, its residents petitioned Chester County to build a road to it from the county seat of Chester. (Four years after that, Providence Township split itself in two, creating today’s Upper and Nether Providence townships.)

Okay, that takes care of the street this house sits on, one of the oldest roads in Delaware County. Now on to the house itself.

Its story begins about two centuries later. By this time, rural Nether Providence Township had sprouted homegrown industry in the form of more than 14 mills erected along Ridley and Crum creeks. The first of them, established by Thomas Allen in 1763, gave its name to the community comprising most of Nether Providence: Wallingford.

One of the men who ventured southwest from Philadelphia in order to work in one of those mills was a man by the name of Charles E. Smith.

Nothing about Smith made him noteworthy to historians, but we do know something about his occupations from Census records. The first one on which he appears was the 1860 Census, which identified him as a “spinner” in one of the local woolen mills. He remained in this line of work through at least the 1880 Census.

By 1900, however, he had changed occupations: that Census lists his as “farmer.”

Which brings us to the house you see here.

Sometime between 1880 and 1900, Smith purchased 25 acres of land near the intersection of Providence and Harvey roads. He built a house on it for his family to reside. As that family grew, so did the house. An expansion sometime between 1902 and 1909 turned it into the house you see now.

Smith, his wife and his five children made a decent living farming at this site until the 1920s. After that, some of the farmland was sold. Fortunately for you, if you prefer living in a country environment, most of that land became part of Houston Park, which backs up against the large undeveloped lot behind this house.

The house itself has been well taken care of since then. It retains every bit of its original farmhouse charm, yet it has also been updated to satisfy modern tastes and demands. 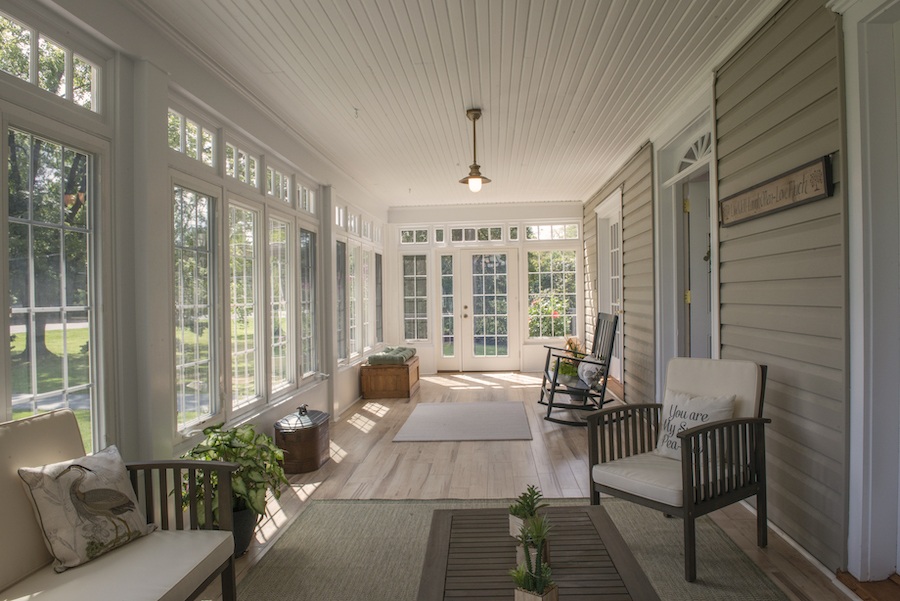 The charm part includes the welcoming sunroom and side porch, both of which offer views of this house’s beflowered grounds. 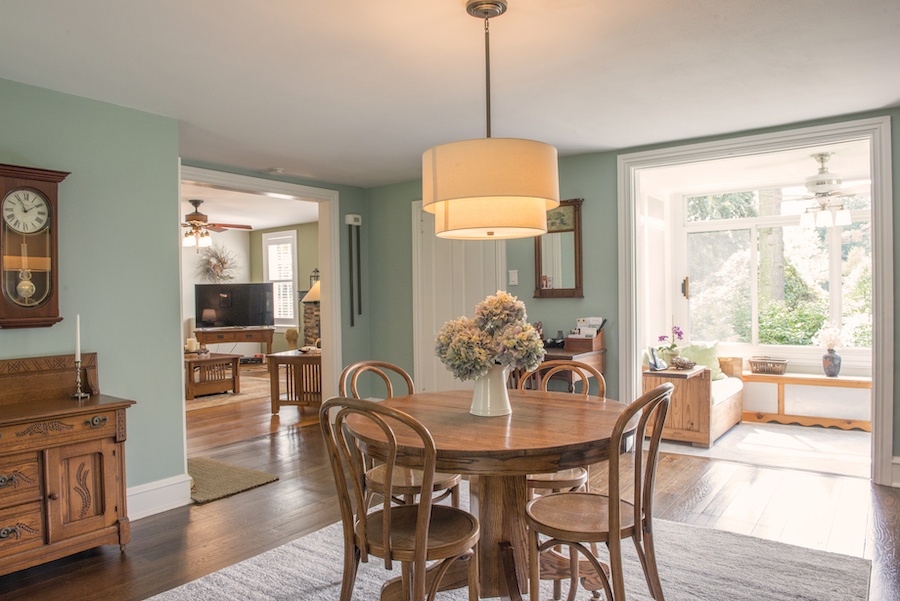 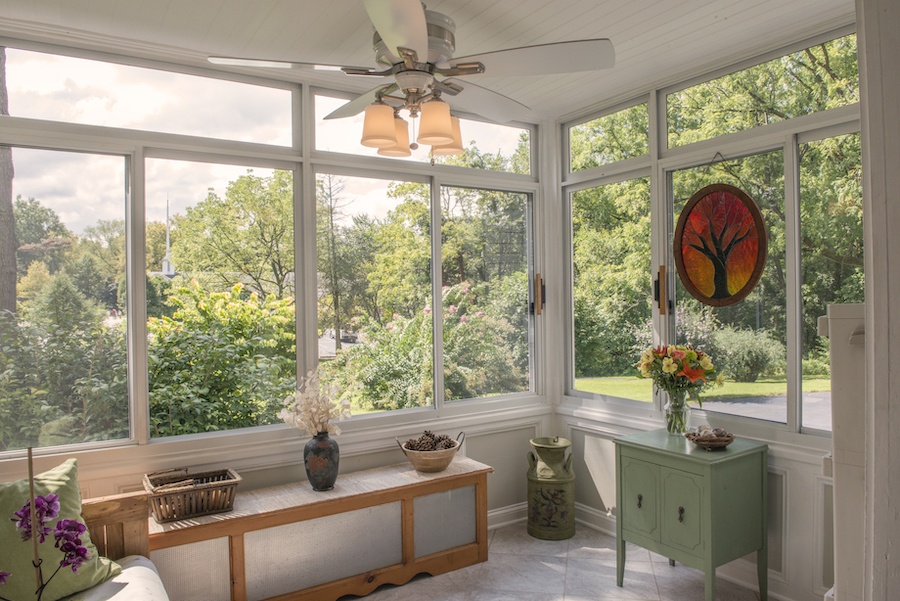 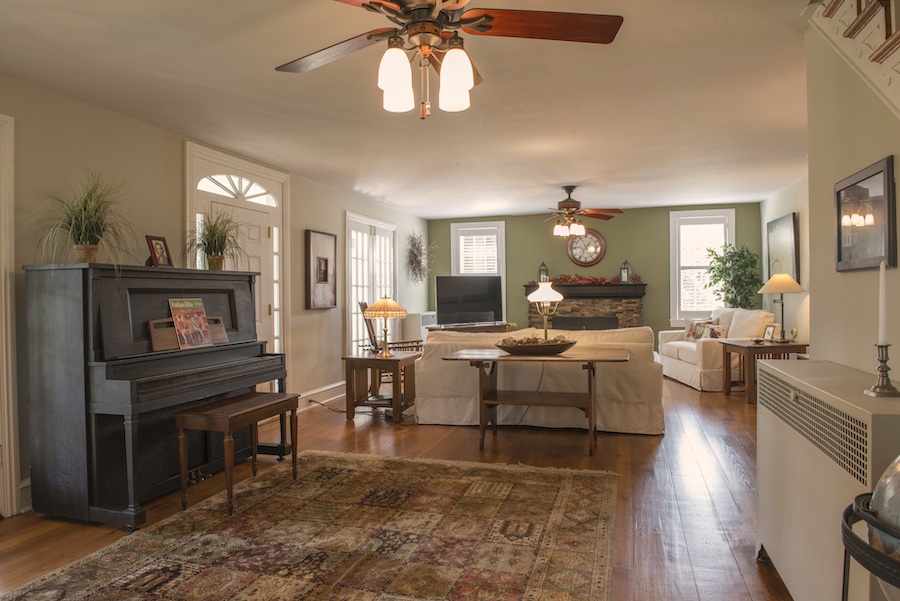 Not to mention the inviting fireplace in the great room, whose pellet stove helps cut your winter heating bills down to size. 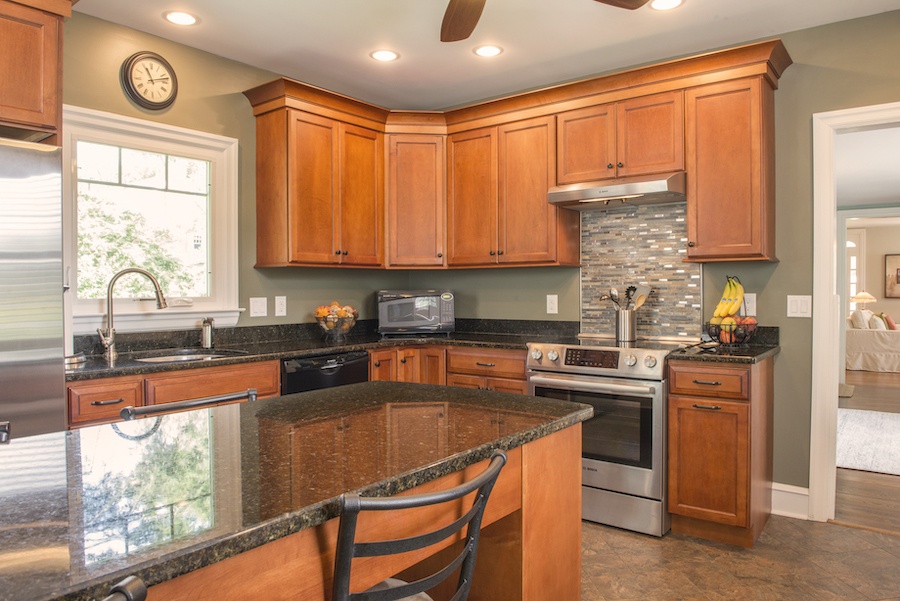 The modern part includes the kitchen, which has been outfitted with a granite-topped island with bar seating for four and high-end Bosch appliances. 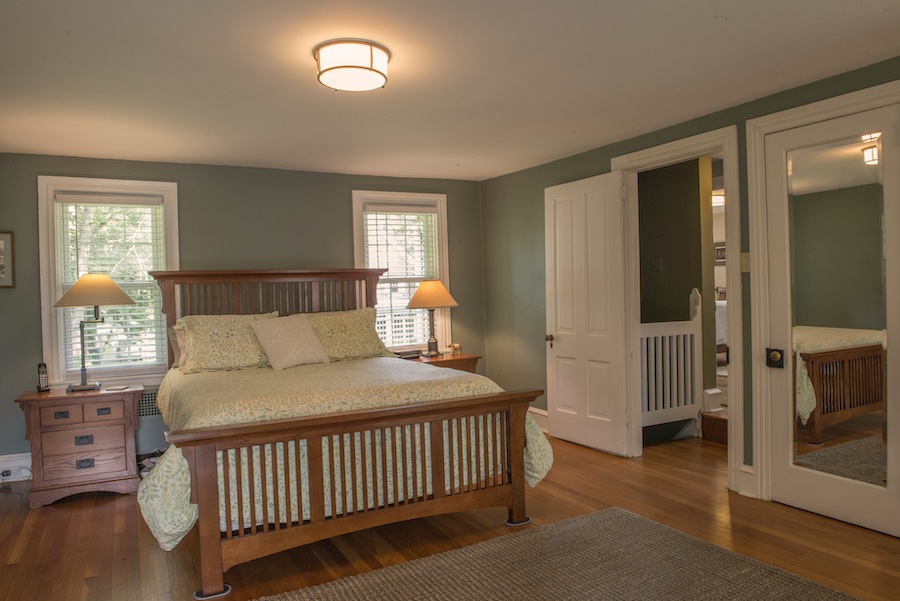 It also includes all three of this house’s bathrooms. In addition to a stylish bathroom, the master bedroom also has its own screened-in porch. 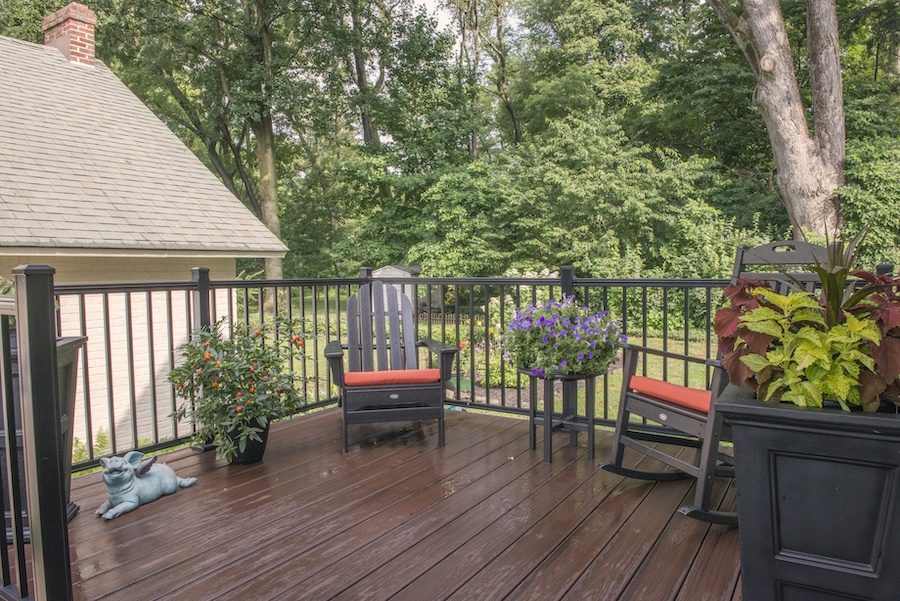 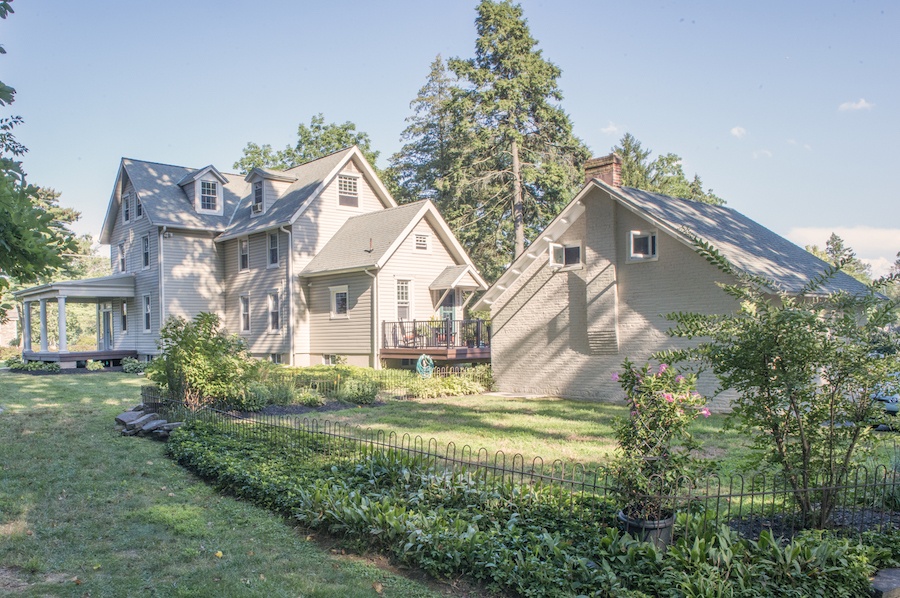 For entertaining guests outdoors, there’s a large deck in back, between the house and its detached two-car garage.

This house may remain true to its rural roots, and its surroundings may make you think you’re in the country, but really, you’re not. This house sits on one of the few SEPTA suburban bus routes with 24/7 service, and that bus can quickly take you to Swarthmore, one of three SEPTA Regional Rail stations within a five-minute drive of this house for sale. In Swarthmore’s cute town center you’ll also find shops, eateries and the Swarthmore Co-op supermarket. Also five minutes away to the northwest: the historic artists’ community of Rose Valley, home to the famed Hedgerow Theatre.